The best ones are fluffy on the inside and crisp on the outside. 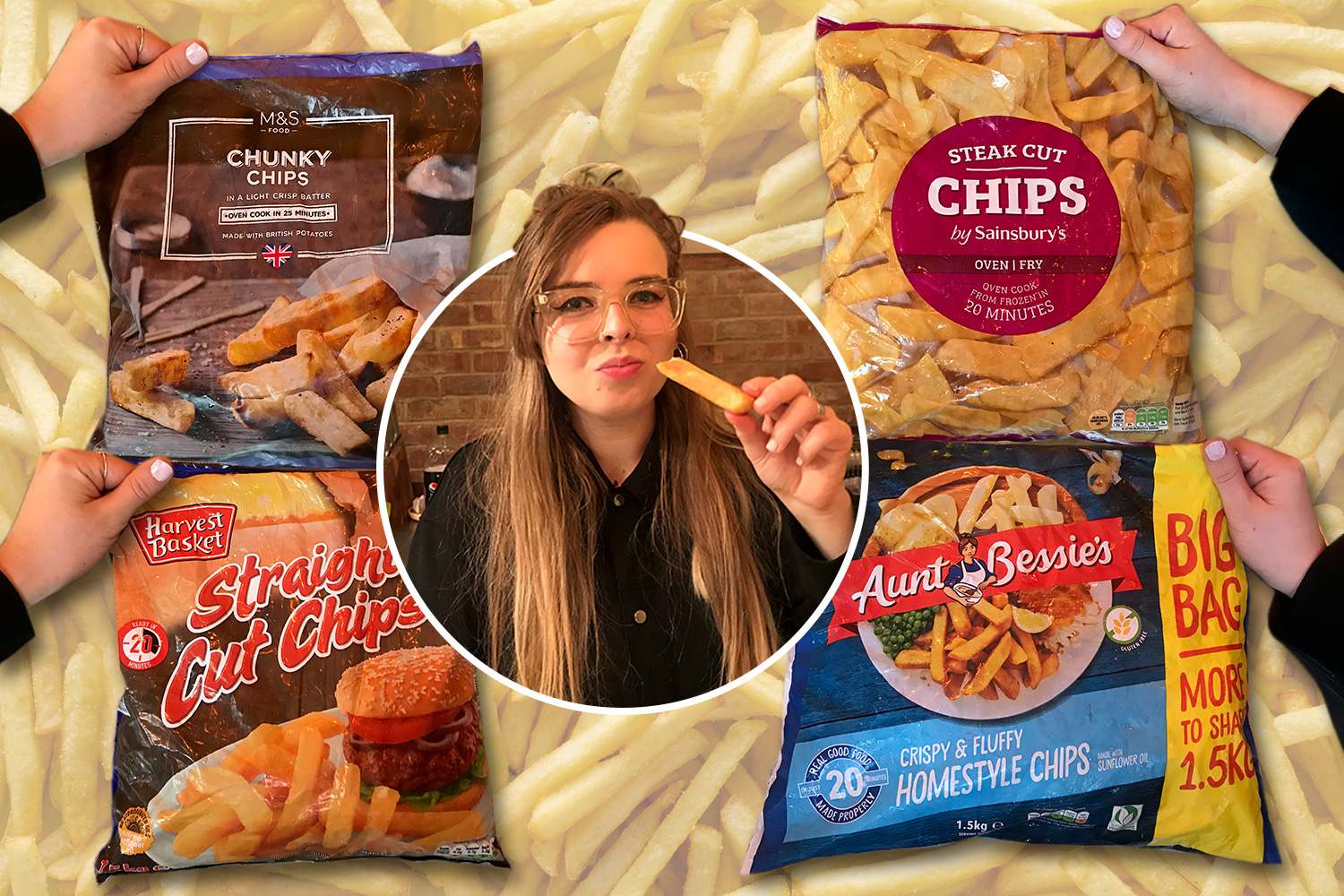 As the demand for chips goes up, we test which ones hit or miss the spot

But it can often be a bit of a spud roulette when it comes to finding the best oven chip.

It’s more important than ever to find out which ones are a cut above the rest.

Sales of oven chips have boomed over lockdown, according to The Grocer.

That’s why we’ve put 10 of the best from supermarkets and household name brands to the test to crown the ultimate winner.

We rated them out of 10 on price, appearance, ease of cooking, taste and value for money.

Marks and Spencer came top with its chunky chips. 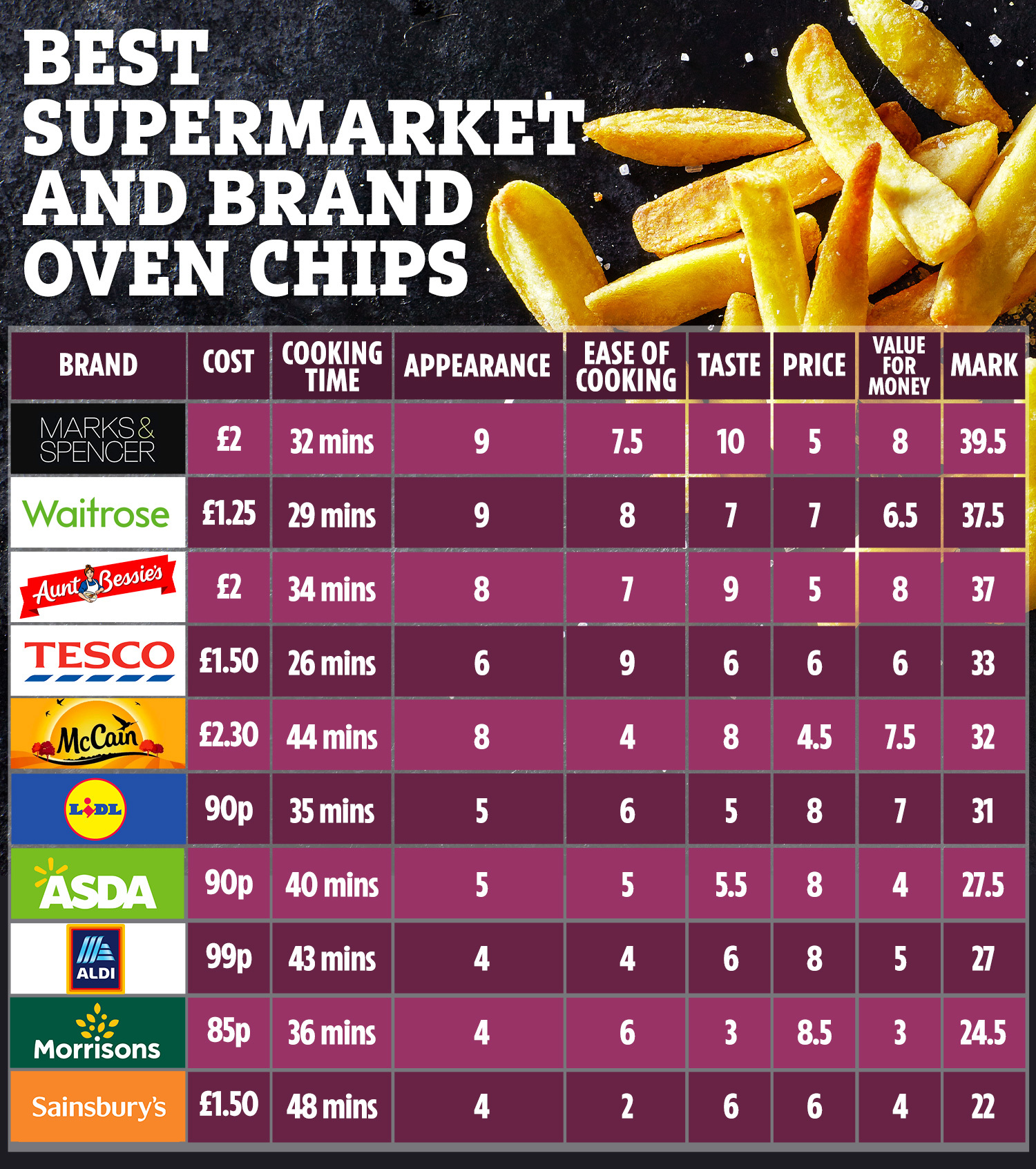 The post retailer’s £2 chips were praised for their fluffy texture and they “taste just like the ones you get at your local boozer”.

Waitrose came second, impressing us with their price and ease of cooking, followed by Aunt Bessie’s’ plump chip shop-like offering.

Sainsbury’s came bottom, taking over twice as long to cook than they should have, followed by Morrisons’ chips, which we thought tasted a little plain.

Despite its cheap price – 99p a bag – Aldi came third from the bottom because we were waiting 23 minutes longer than we were expecting for the spuds to cook.

Of course, the score for taste is purely based on our opinion, cooking times may vary from ours, and prices could vary depending on where you buy the chips.

Here’s how each supermarket fared: 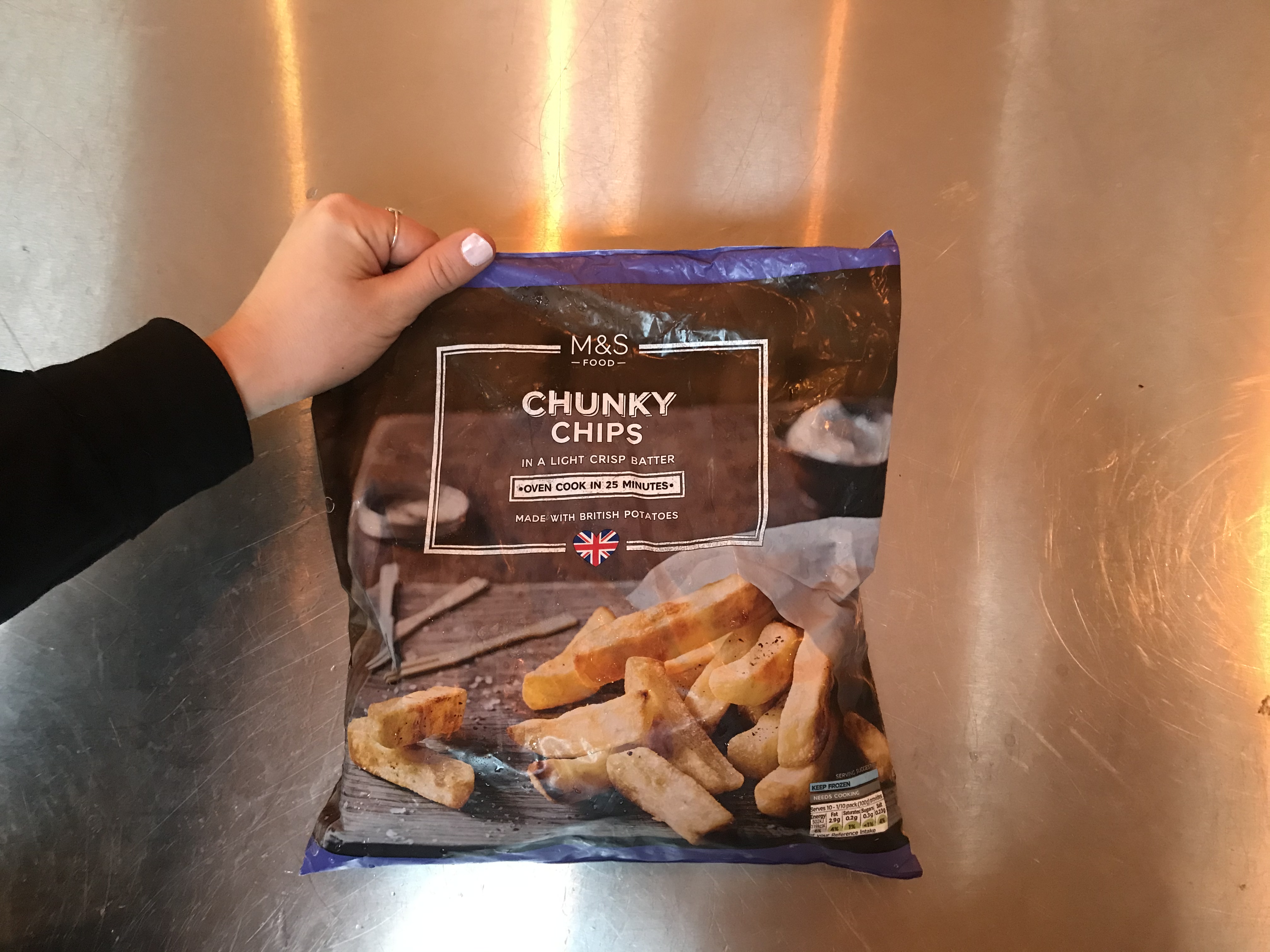 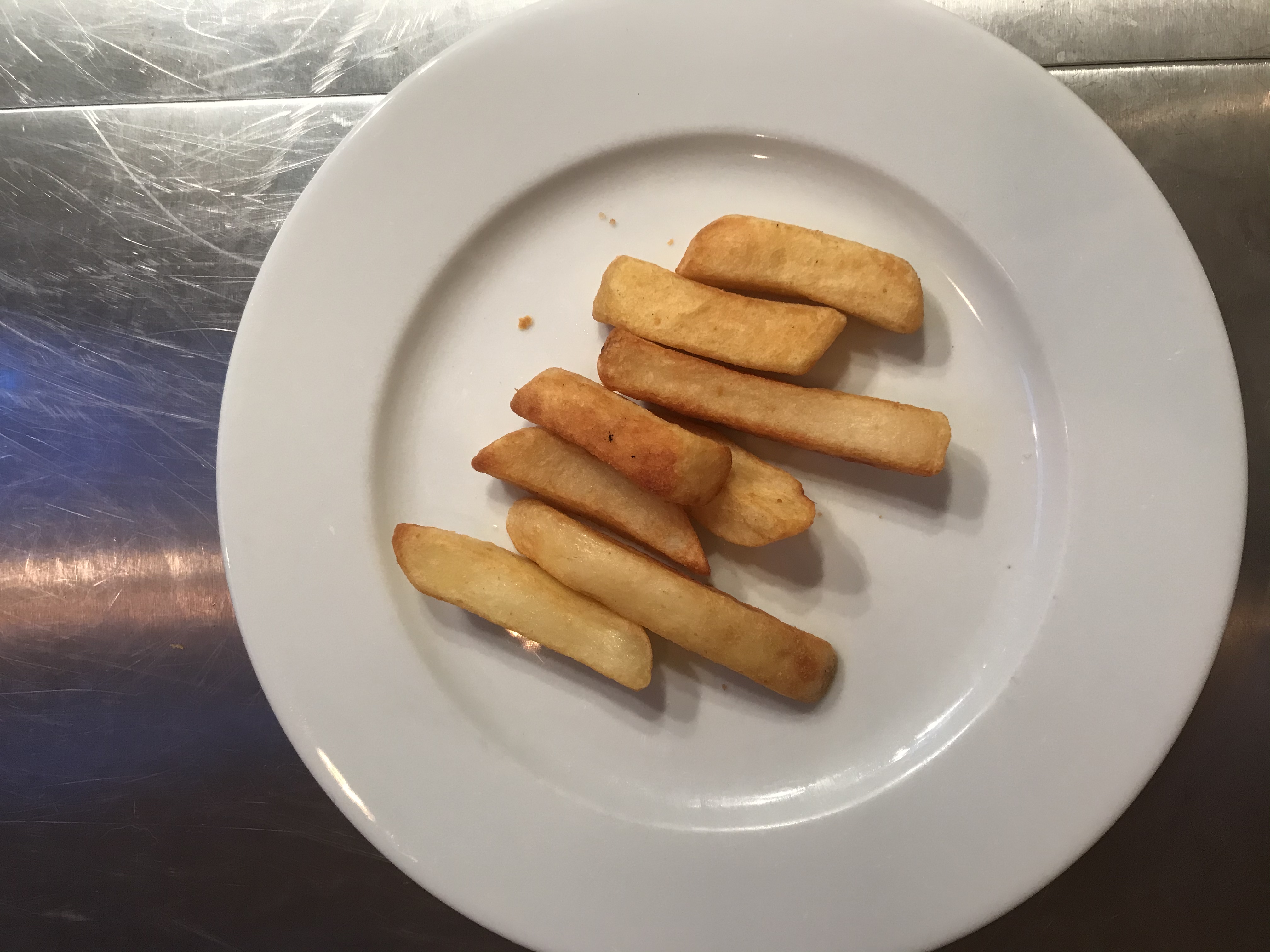 Our verdict: M&S wowed us with its chunky chips that tasted like they could be served up at your local boozer.

While some other chips we tasted were a little dry, M&S’ were nice and crispy – while keeping fluffy on the inside.

It ranked high on taste and appearance, but as it was the joint-second most expensive chip, scored poorly on price.

But considering how great we thought they tasted, we ranked the chips high on value for money.

They didn’t take too long to cook compared to the others, but at 32 minutes, took seven minutes longer than what its cooking instructions said (20-25 minutes).

Overall, if you can stretch to spending a little more for M&S’ chips, we’d recommend it because they really were delicious.

M&S director of product development April Preston said she was “absolutely thrilled” the spuds made it to the top of the leaderboard.

She added: “They crisp up beautifully, whilst keeping a fluffy centre- you’d think they were from the local chip shop!

“We take great pride in ensuring the highest quality products are developed for M&S shelves, and our freezer aisles are packed full of family favourite gems like this.

“I urge Sun readers to give them a try, best served with ketchup and mayonnaise!” 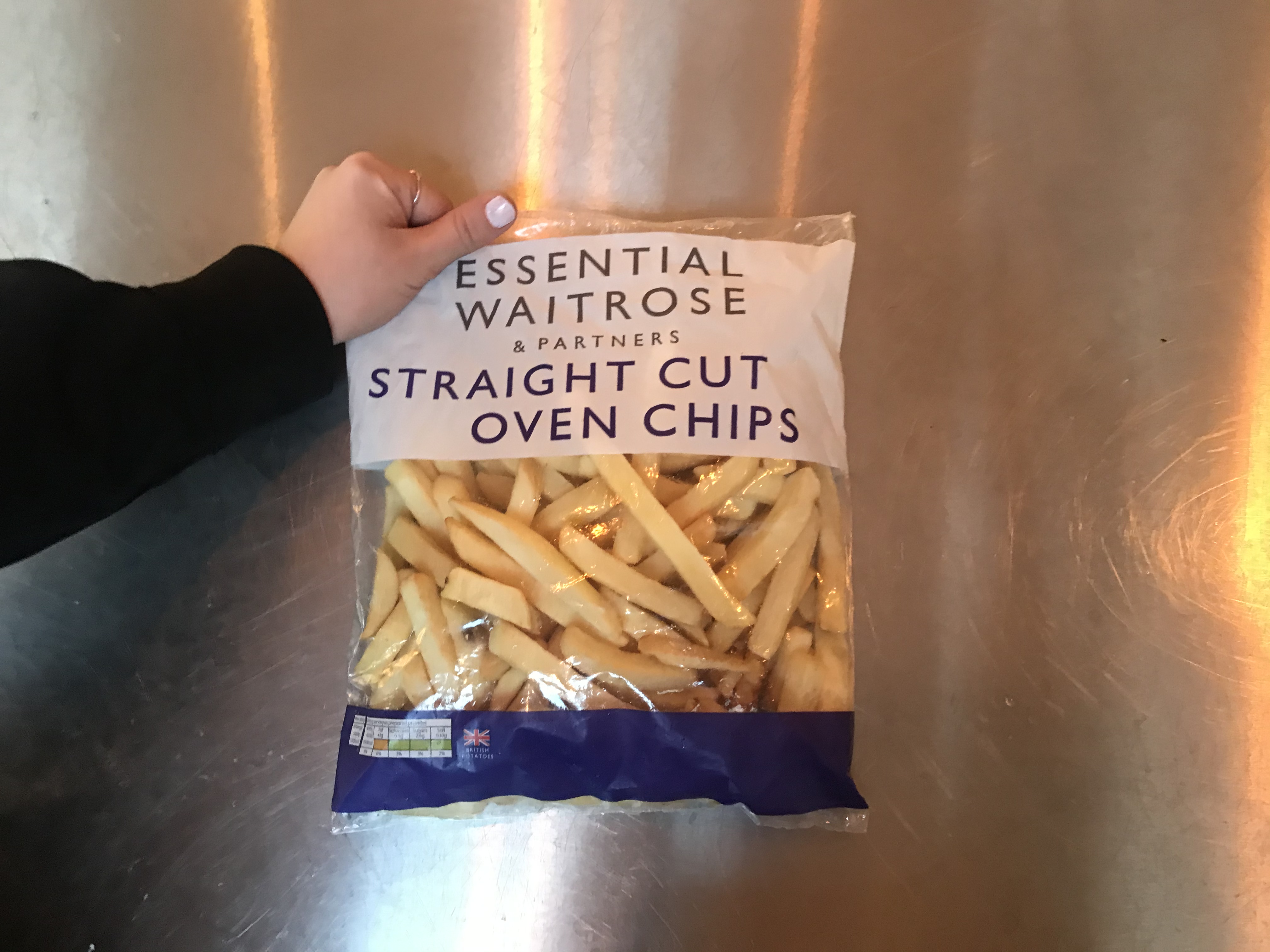 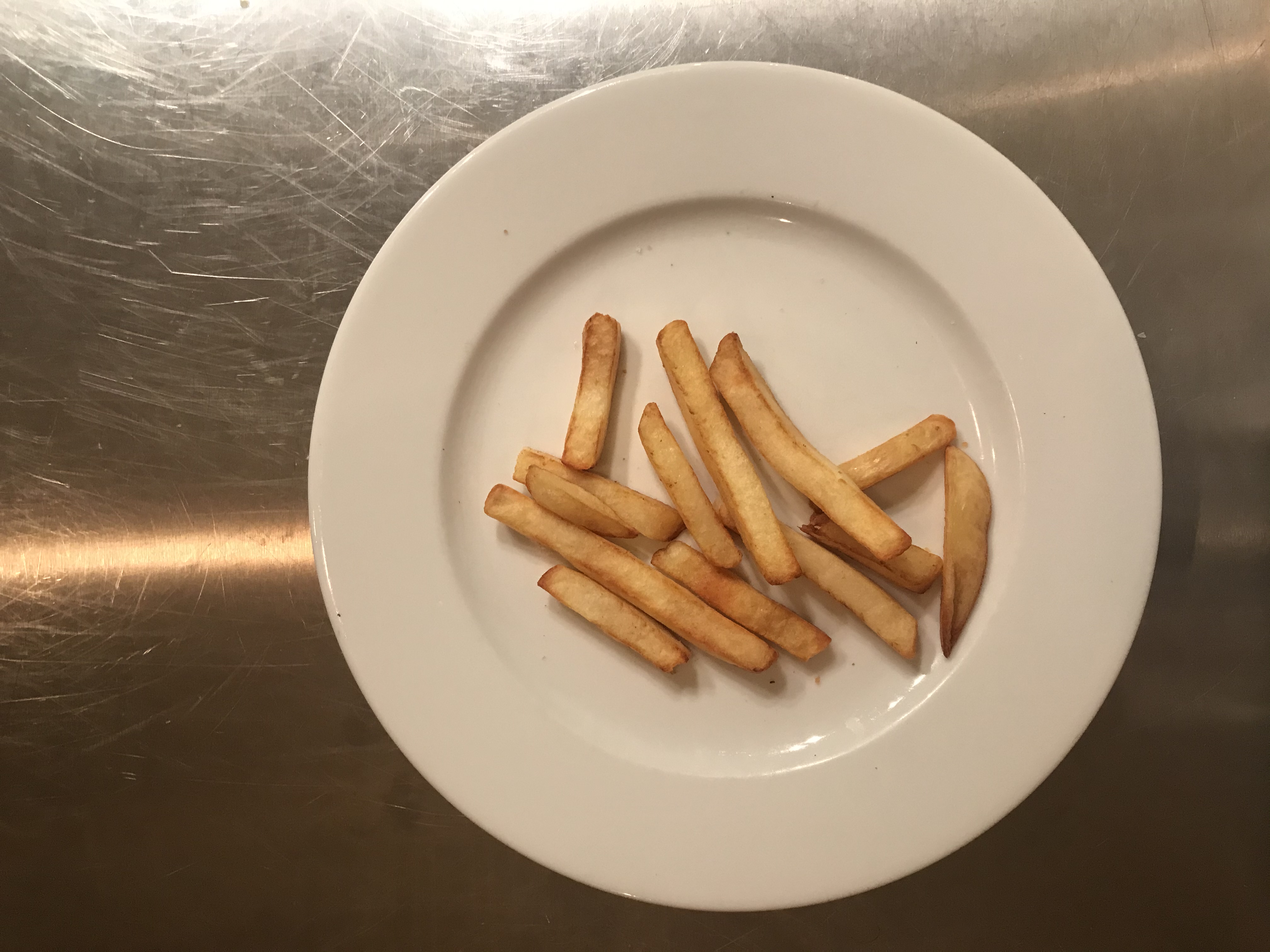 Our verdict: Waitrose’s essential straight cut oven chips impressed us with their ease of cooking and appearance – and surprisingly, they were the fifth least expensive chip.

They only took an extra four minutes to cook compared to what was stated on the packet which was 20-25 minutes.

They looked like they could have come from a proper chip shop too.

We thought there wasn’t enough crunch on the outside, and although they tasted nice, they were a little average compared to some of the others we tested.

For this reason, we gave them a 6.5 for value for money. 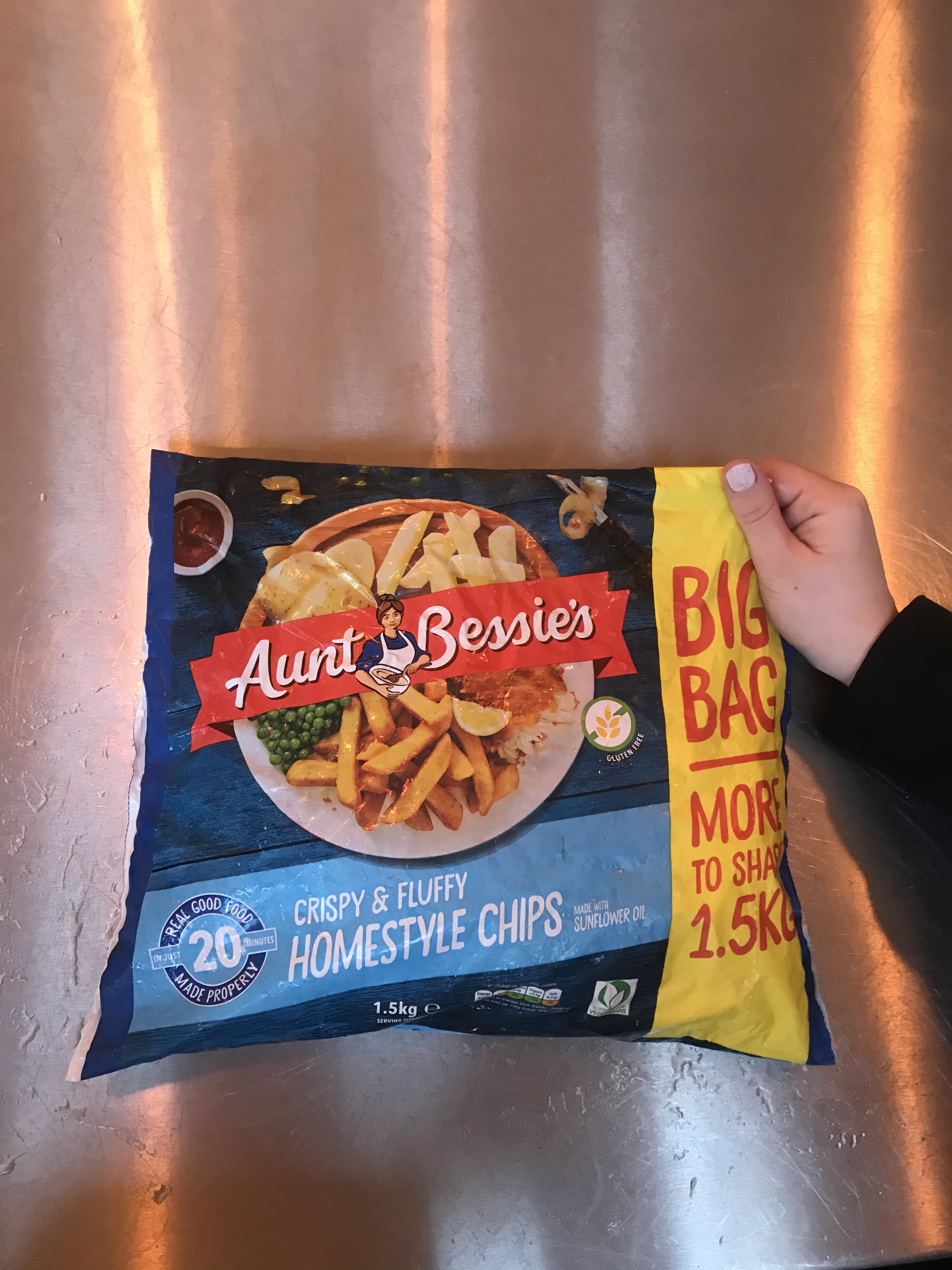 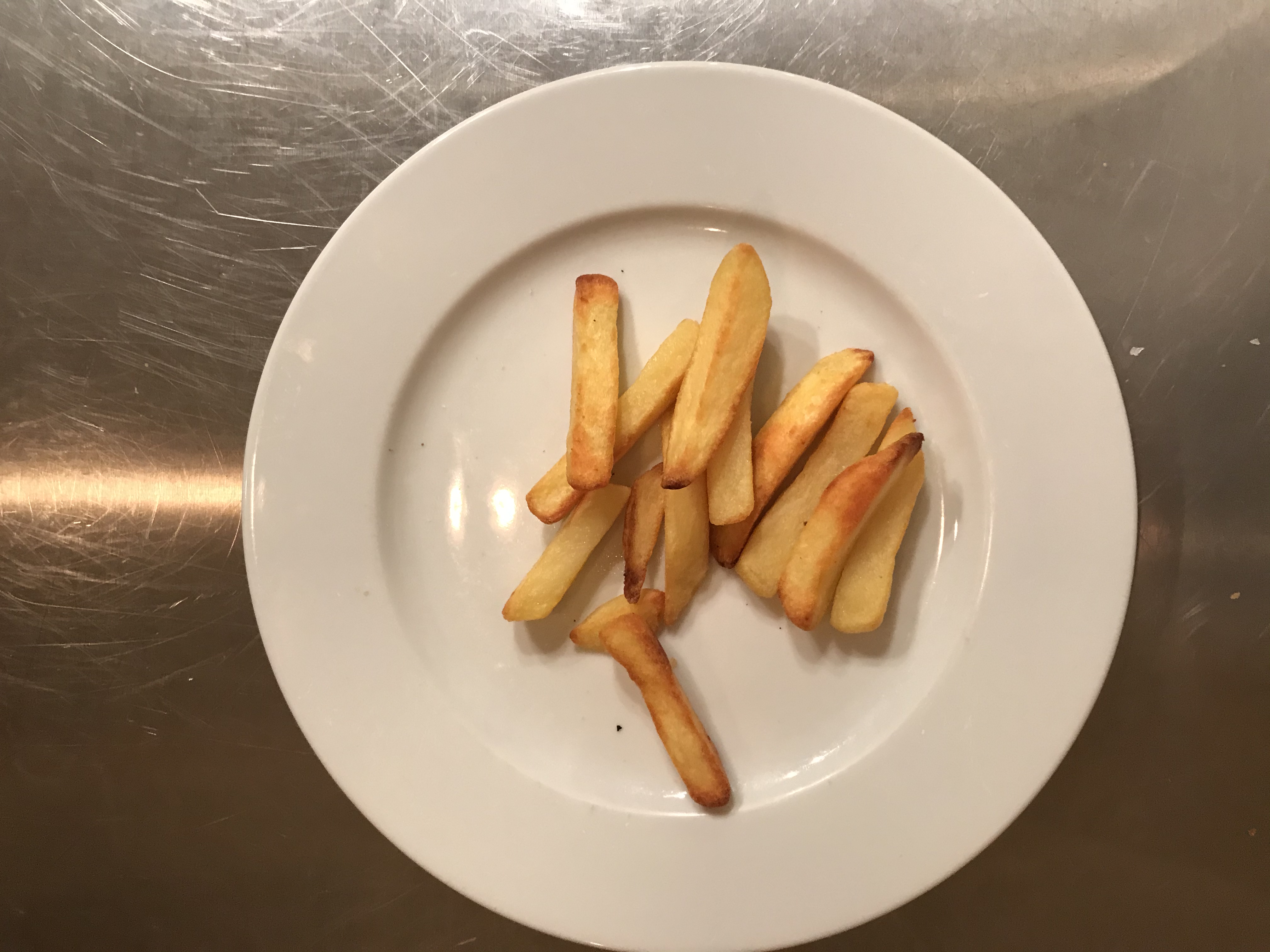 Our verdict: Although we ranked Aunt Bessie’s chips highly on flavour, they were the joint-second most expensive chip so were scored poorly on price.

They had a real home cooked taste, packed a big flavour punch, and had a nice crunch to them too.

However, they took longer than some of the other chips to cook.

The cooking instructions said they would be ready within 20-25 minutes, but they needed an extra nine minutes.

But we scored them highly on value for money because we thought they were a cut above the rest. 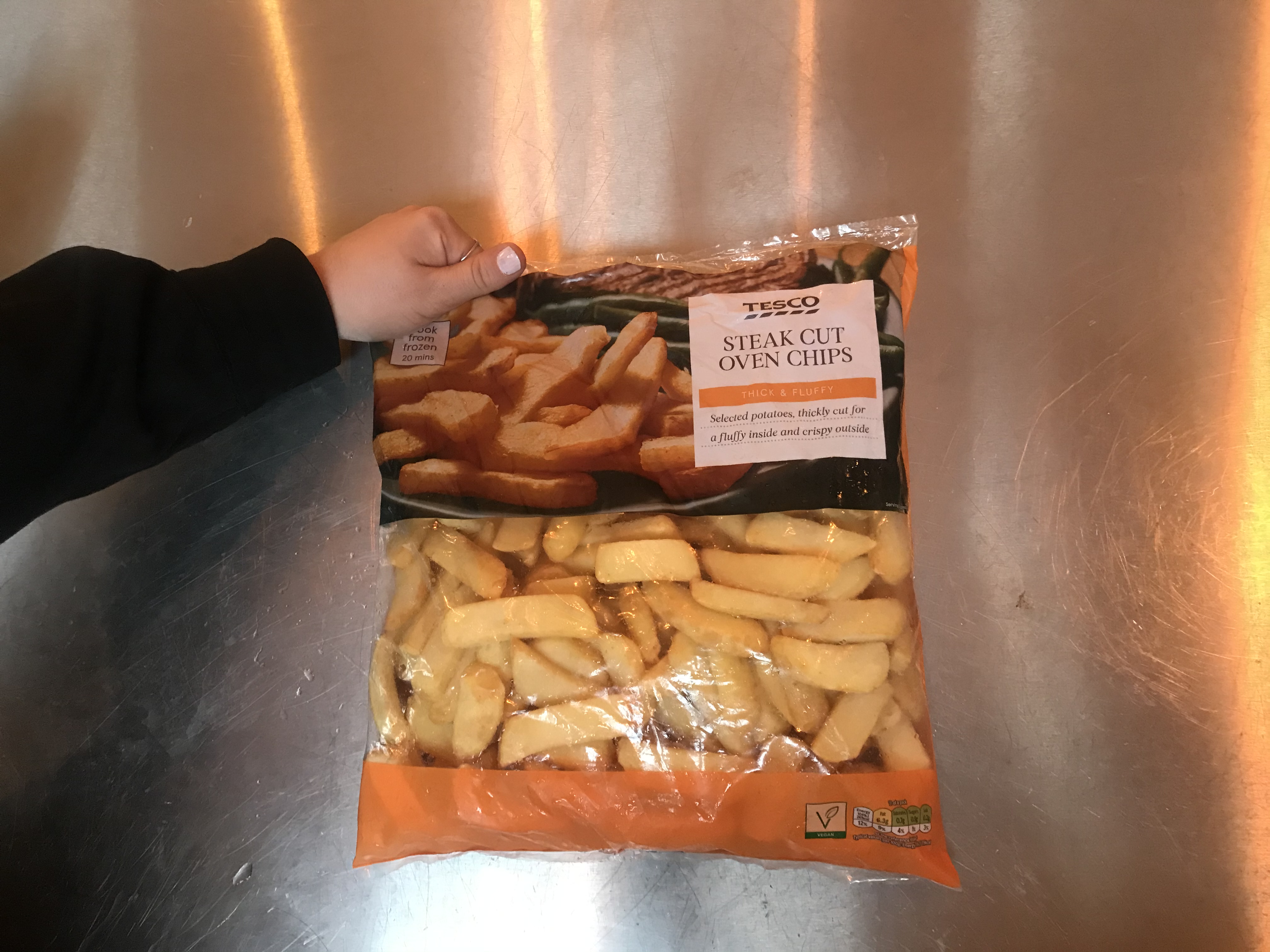 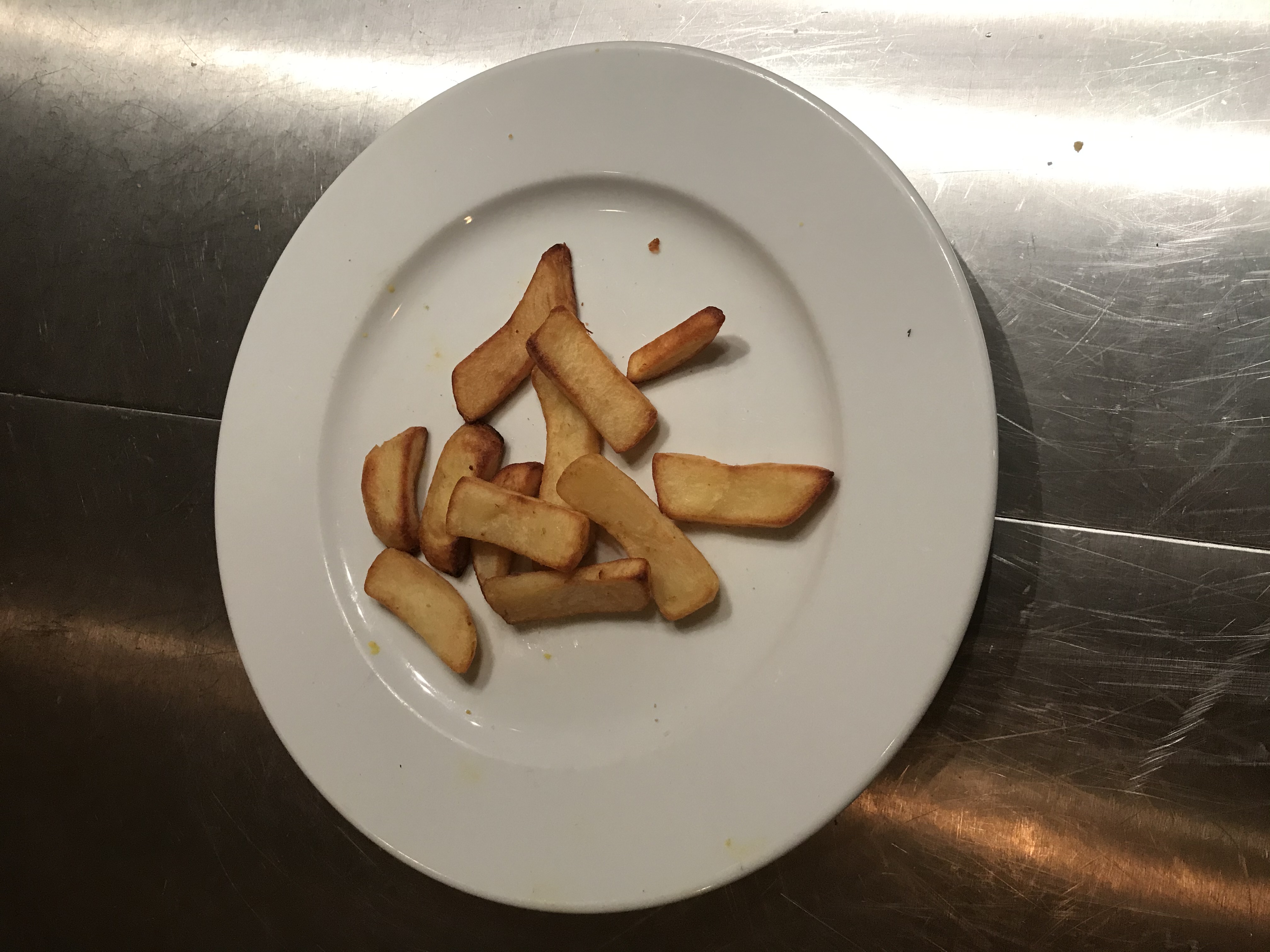 We thought they tasted good although were a little chewy

Our verdict: Tesco’s were the speediest chips to cook, ready in just 26 minutes.

But this was still six minutes more than what was stated on the packet’s cooking instructions.

Although they tasted a little chewy, we thought they had a nice flavour.

We reckon they would be a good choice for families looking to rustle up a quick dinner.

However, they were the joint-third most expensive chips on the list, so we knocked their value for money rating down to a six out of 10. 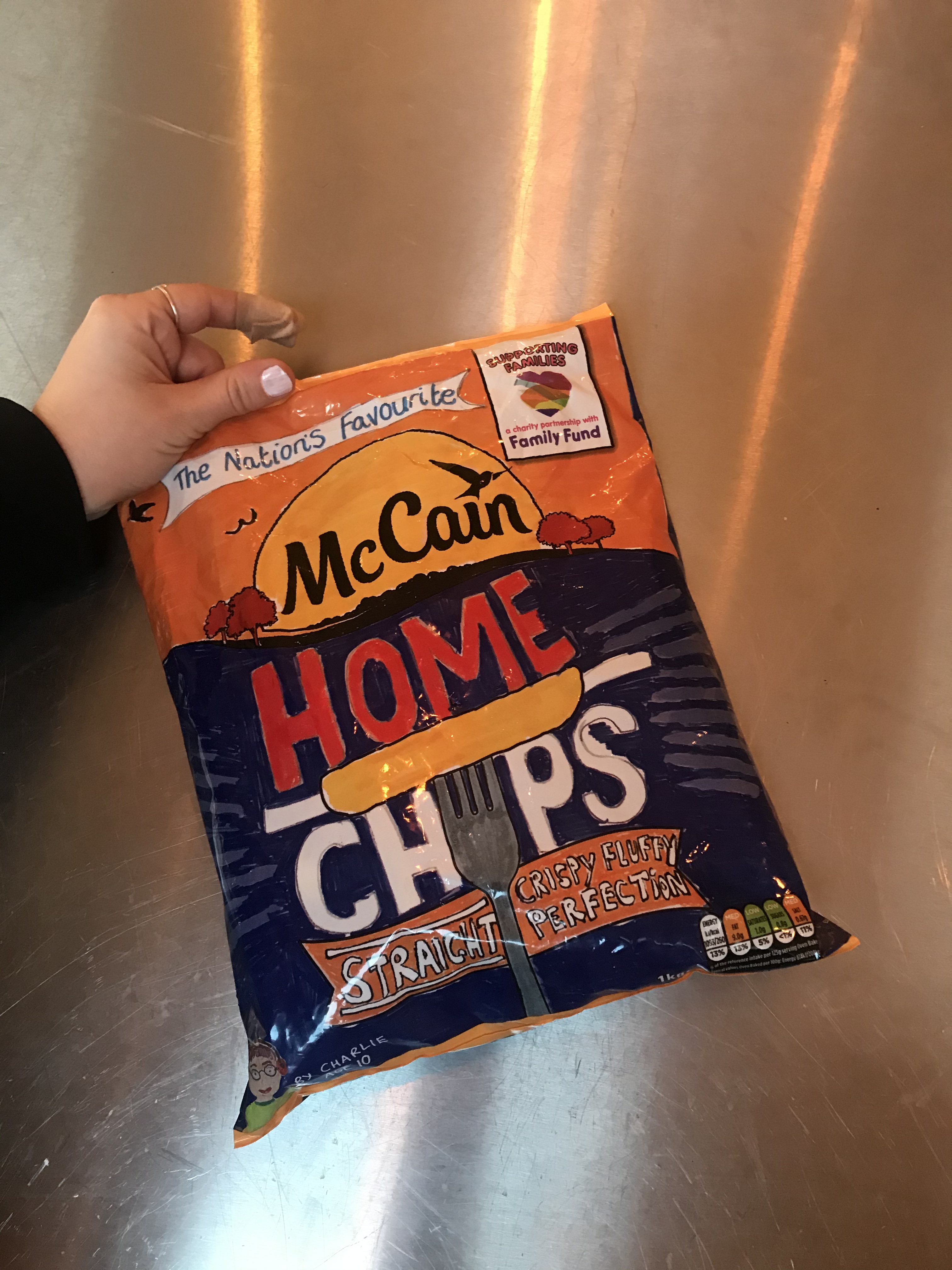 McCain’s oven chips took a while to cook 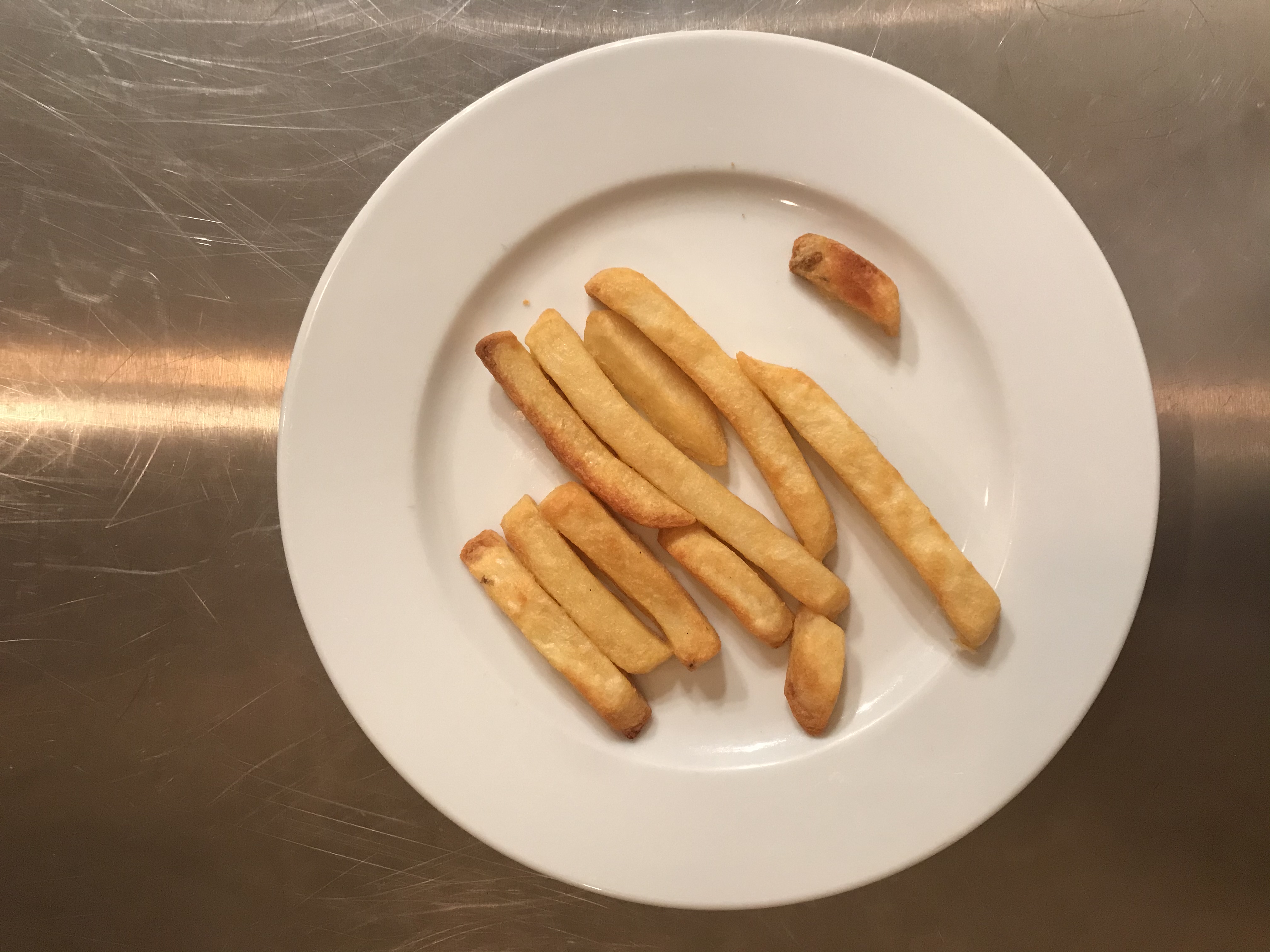 We liked how long the chips were, perfect for dipping

Our verdict: McCain’s chips came out of the oven stuck together, but that didn’t put us off.

They were the longest out of all of the ones we tasted – with some 13cm long – which makes them perfect for dipping into your favourite sauce.

However, we were waiting a while for them to cook, and they took the longest in the oven apart from Sainsbury’s.

The packet’s instructions said they would be ready within 26 minutes, but came out of the oven at 44 minutes.

Its big price tag of £2.30 drove its overall mark down, as McCains’ chips were the most expensive on the list.

However, the nosh came a respectable third place for taste, as we liked their big flavour and crunchy shells – which helped to boost the chips overall mark up. 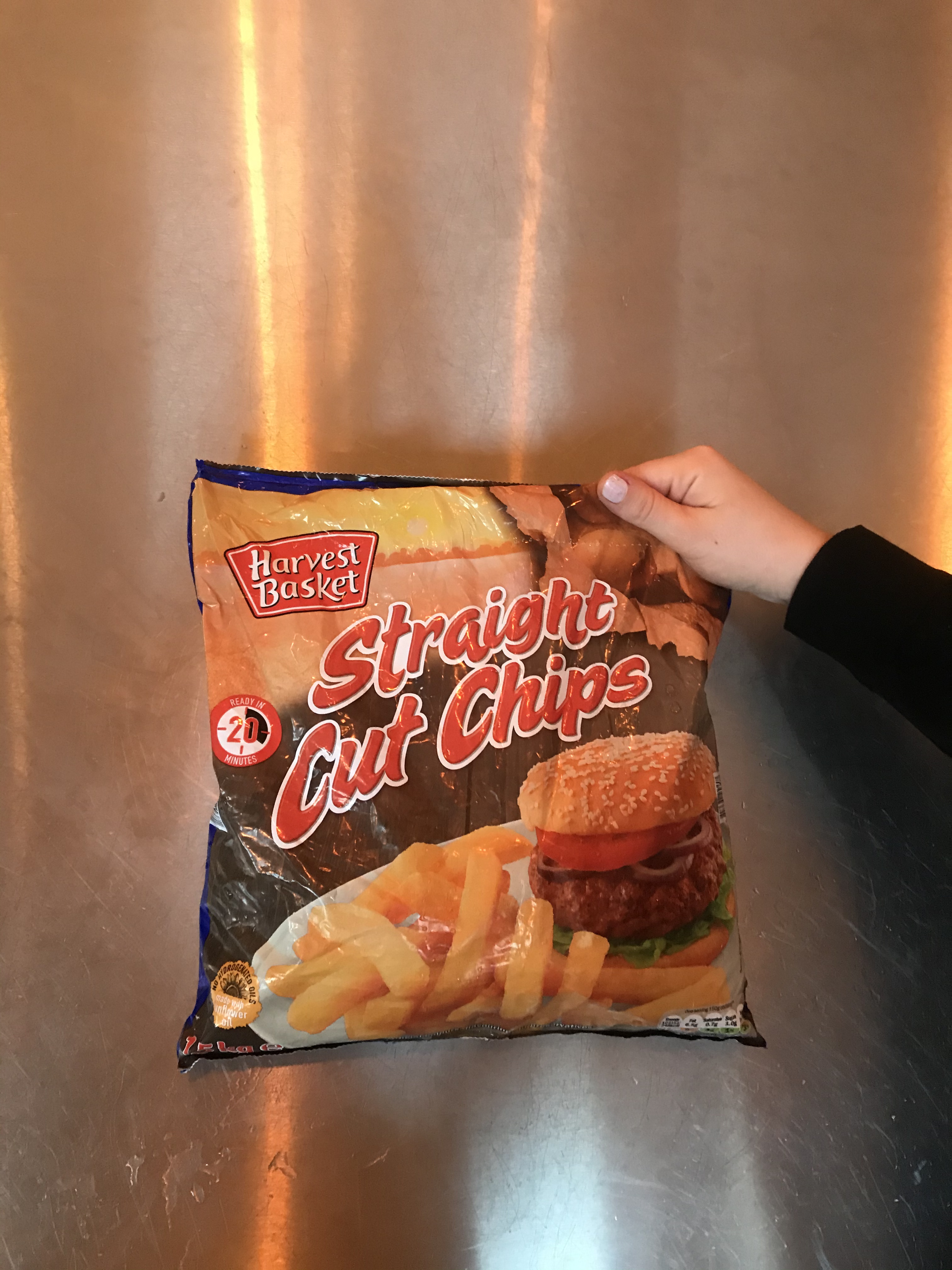 These chips from Lidl were great value for money 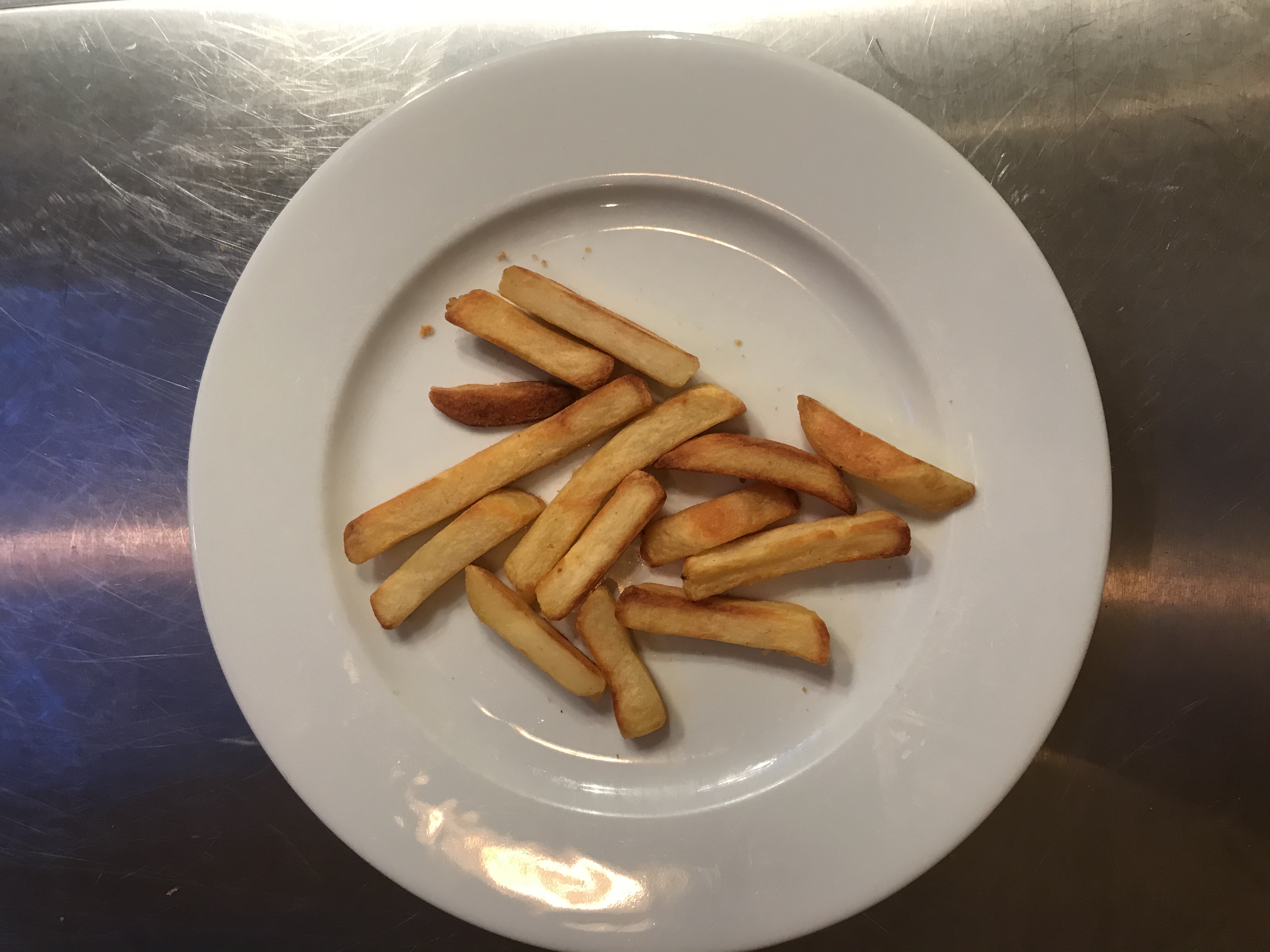 The chips came out looking a little wrinkly

We were impressed with the amount of chips you can get for your money at Lidl.

At 90p, we thought this was great value for money and scored it seven out of 10.

However, we were waiting an extra 15 minutes for the chips to cook compared to what the packet’s cooking instructions stated.

So instead of taking 15-20 minutes to cook, they took 35 minutes instead.

They also came out of the oven looking a little wrinkly, and we thought they tasted a little chewy and slightly bland. 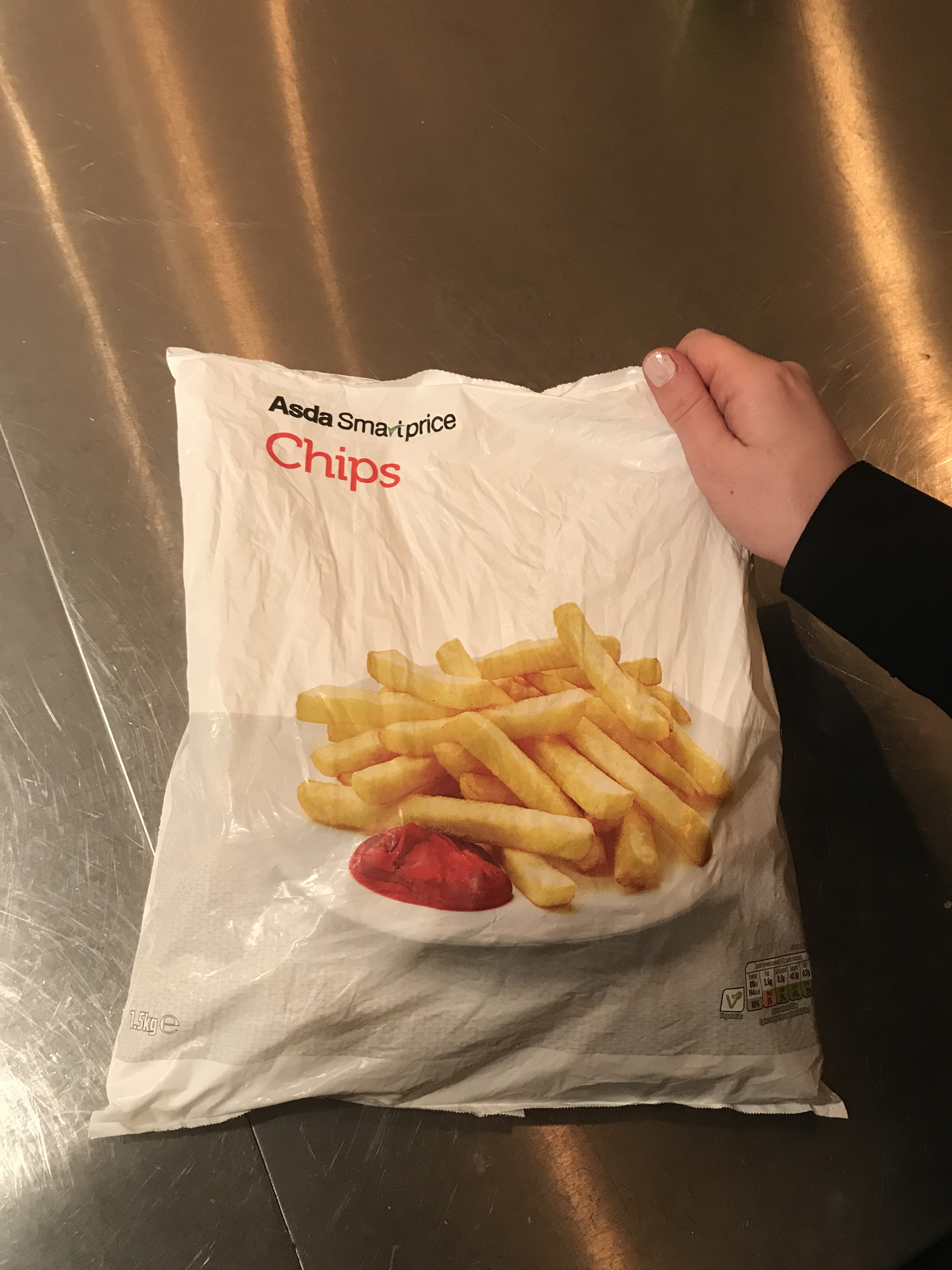 Asda’s chips were a great price 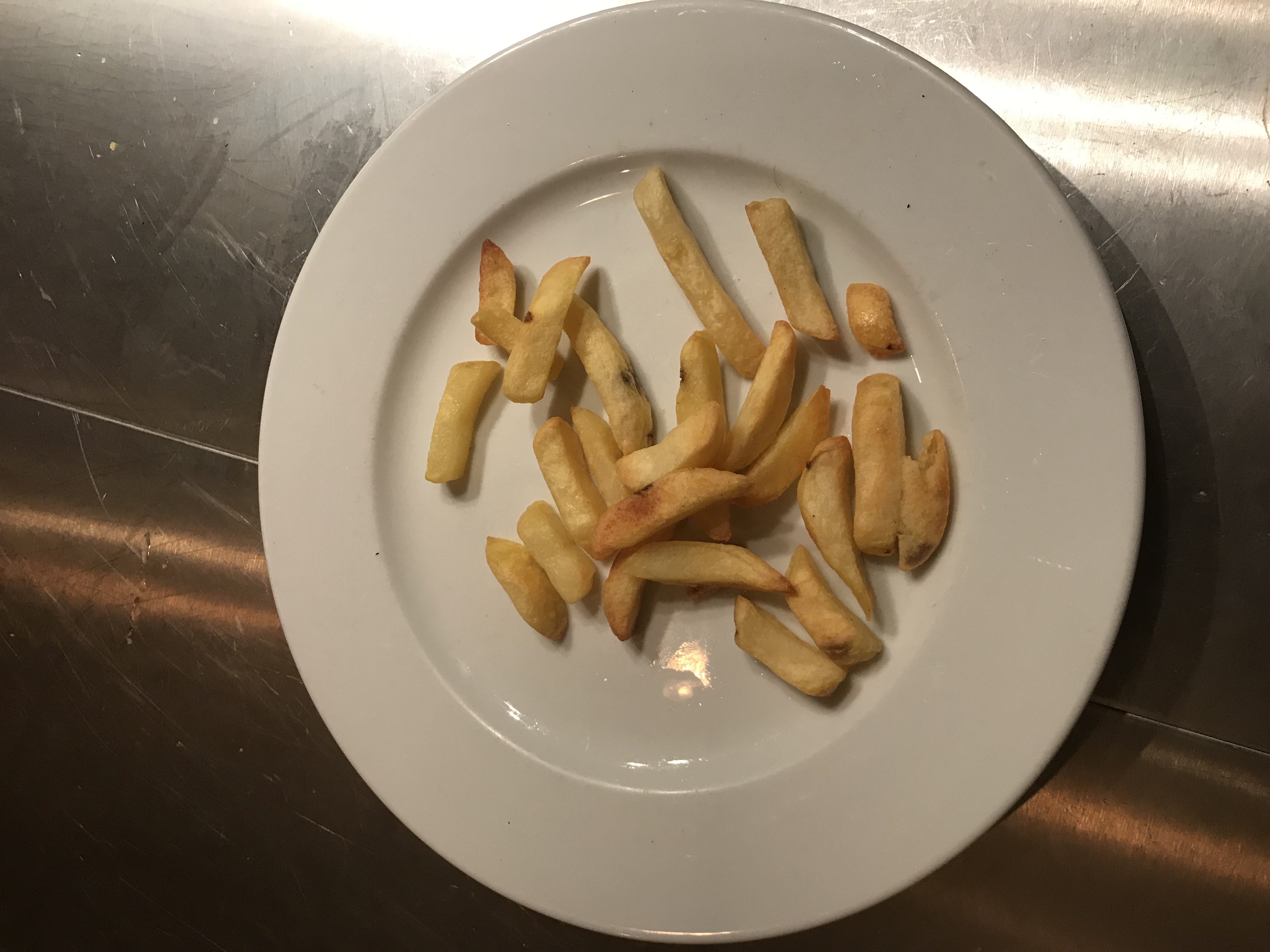 Like Lidl, we were pleased with how little Asda’s chips cost and you get a lot in the packet.

But they came out of the oven looking bruised, and they didn’t look very appetising.

A lot of the chips were also very small too – many were 5cm to 6cm long – which didn’t make them great for dipping.

They took 40 minutes to cook – longer than most of the other chips – and were also in the oven 18 minutes longer than what the packet’s cooking instructions stated (20-22 minutes).

However, they were surprisingly fluffy on the inside, and they stood up in the taste test. 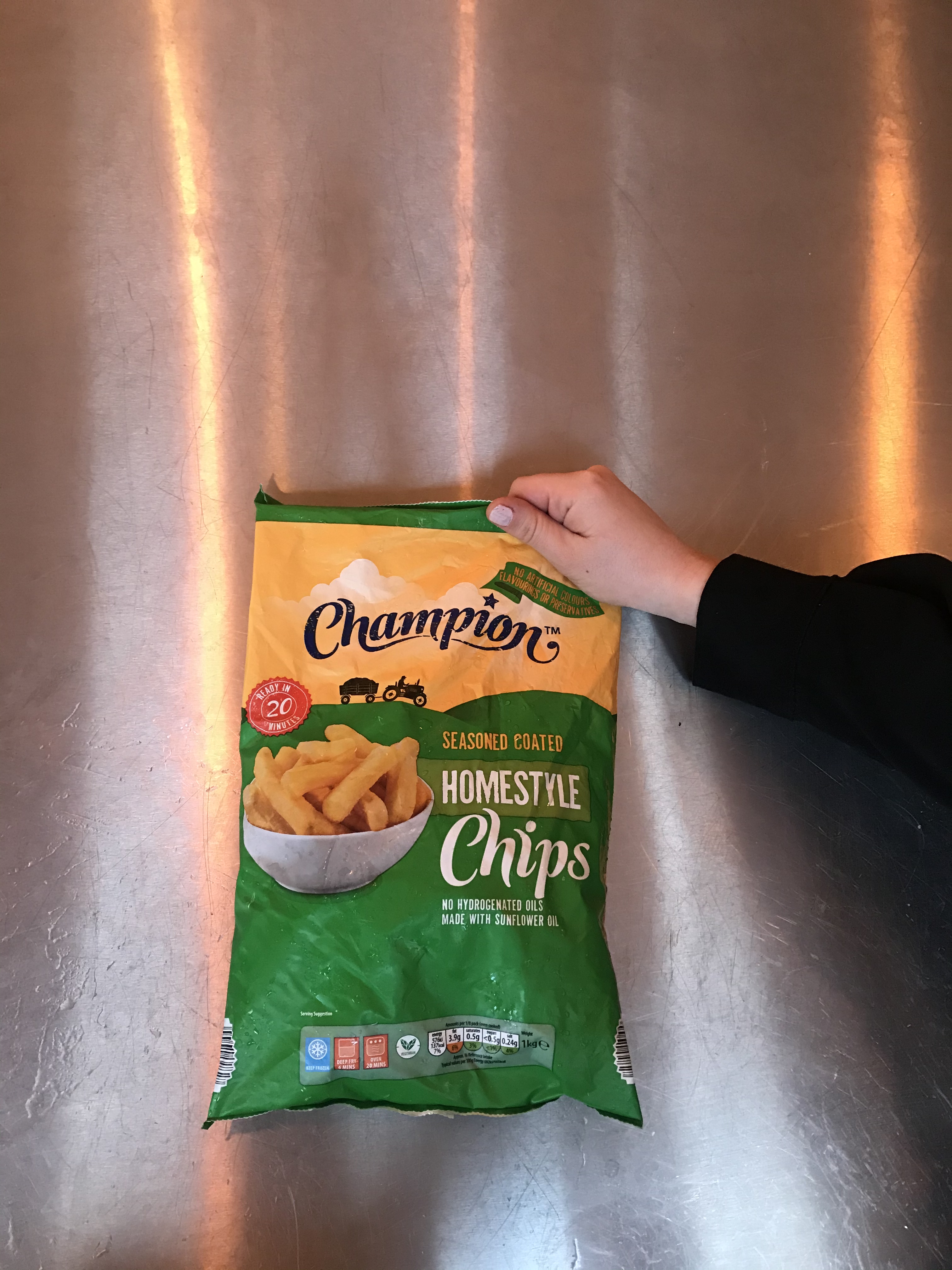 We thought these chips from Aldi were a great price 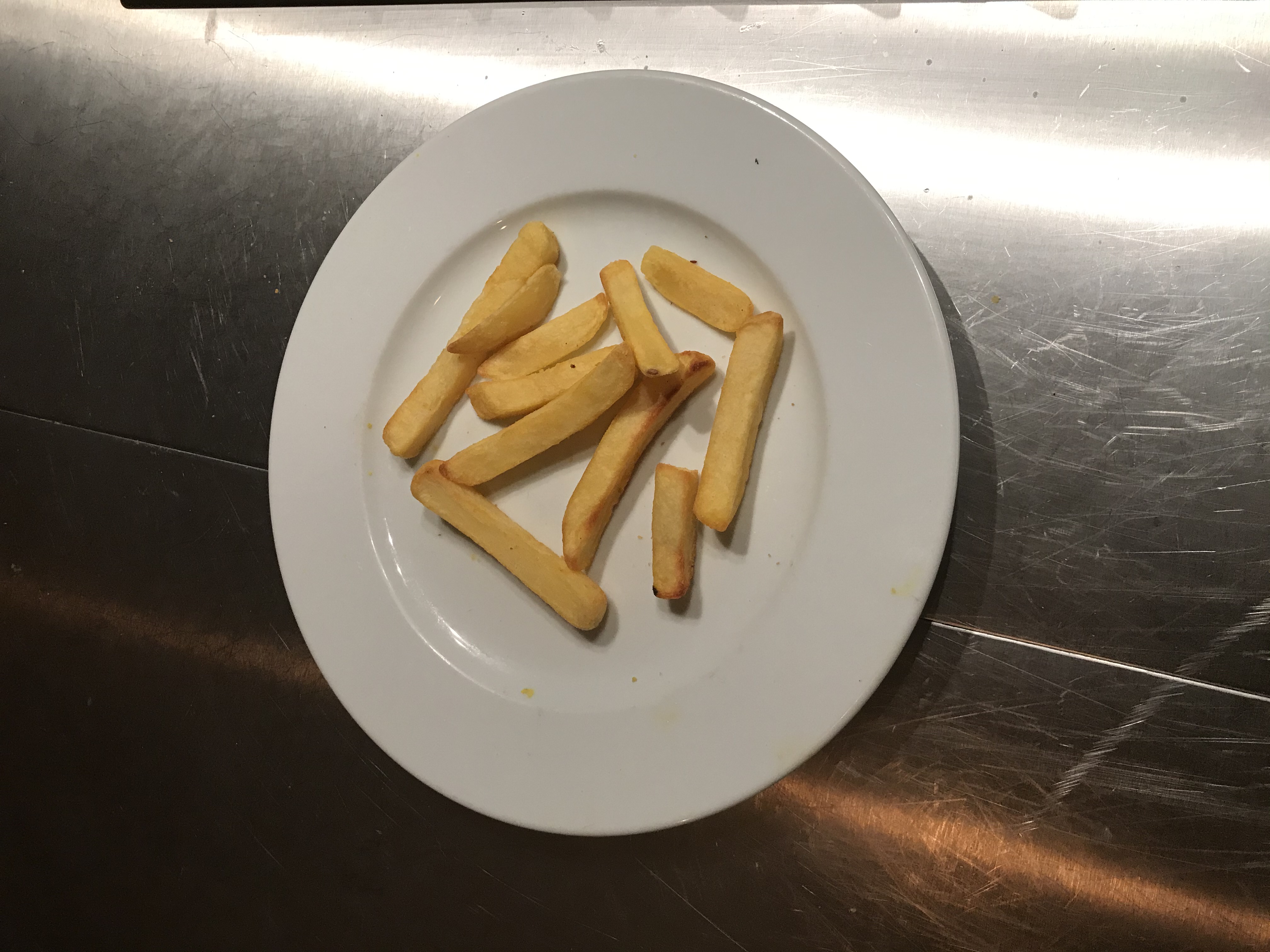 They came out of the oven looking a little yellow

We were waiting for 43 minutes for our Aldi chips to cook – over twice as long as what they should have taken.

The chips were supposed to cook within 15-20 minutes, but it took 43 minutes before they were ready to come out of the oven.

When we took a closer look at their appearance, they also looked a little yellow.

The flavour also wasn’t quite there, but we liked how crunchy they were.

At 99p, we were impressed with the price tag, but it didn’t quite make up for what the chips lacked in flavour.

Therefore, its value for money rating took a hit as a result, and we scored the chips a five. 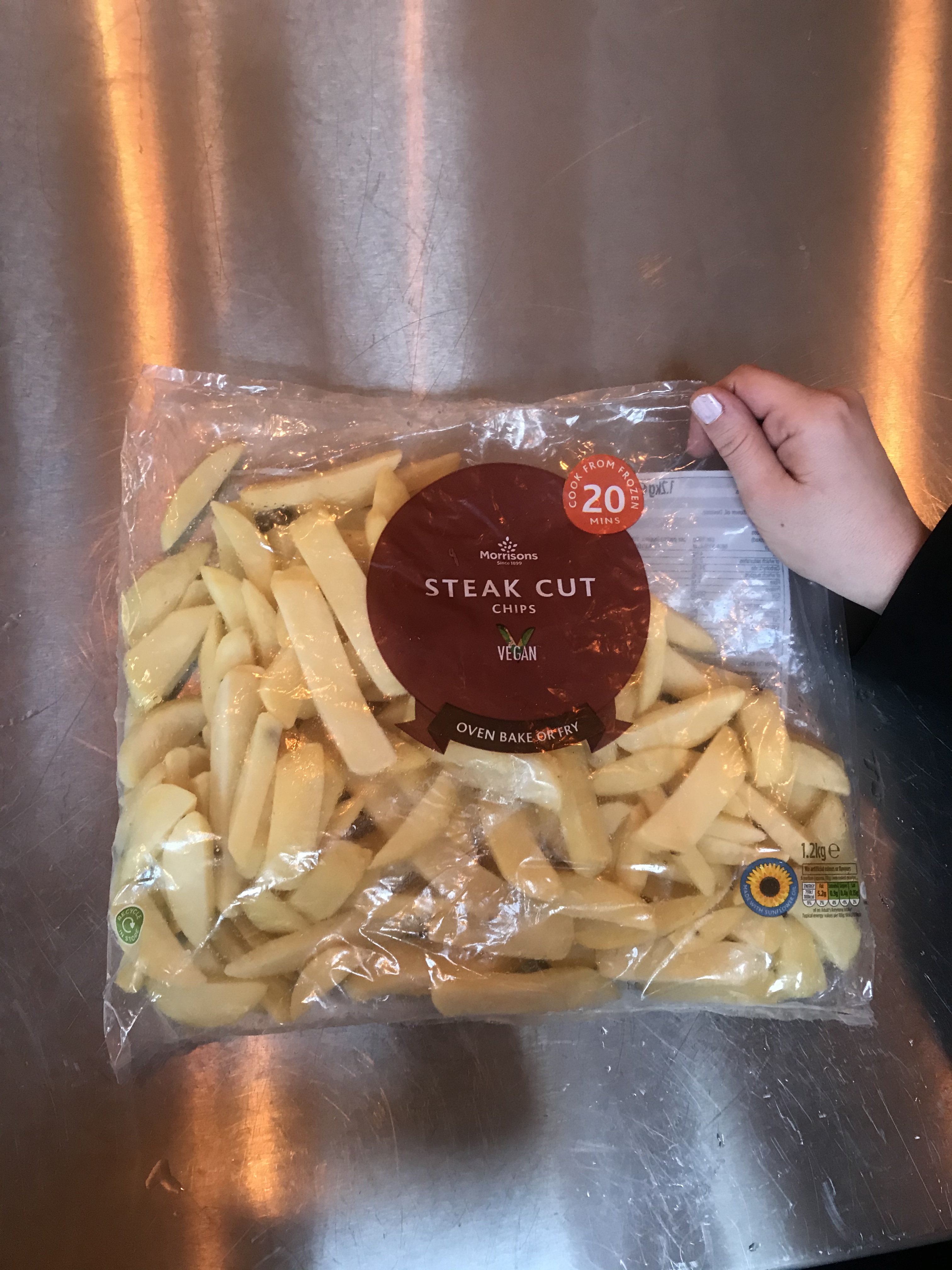 At 85p, Morrisons’ chips were the cheapest 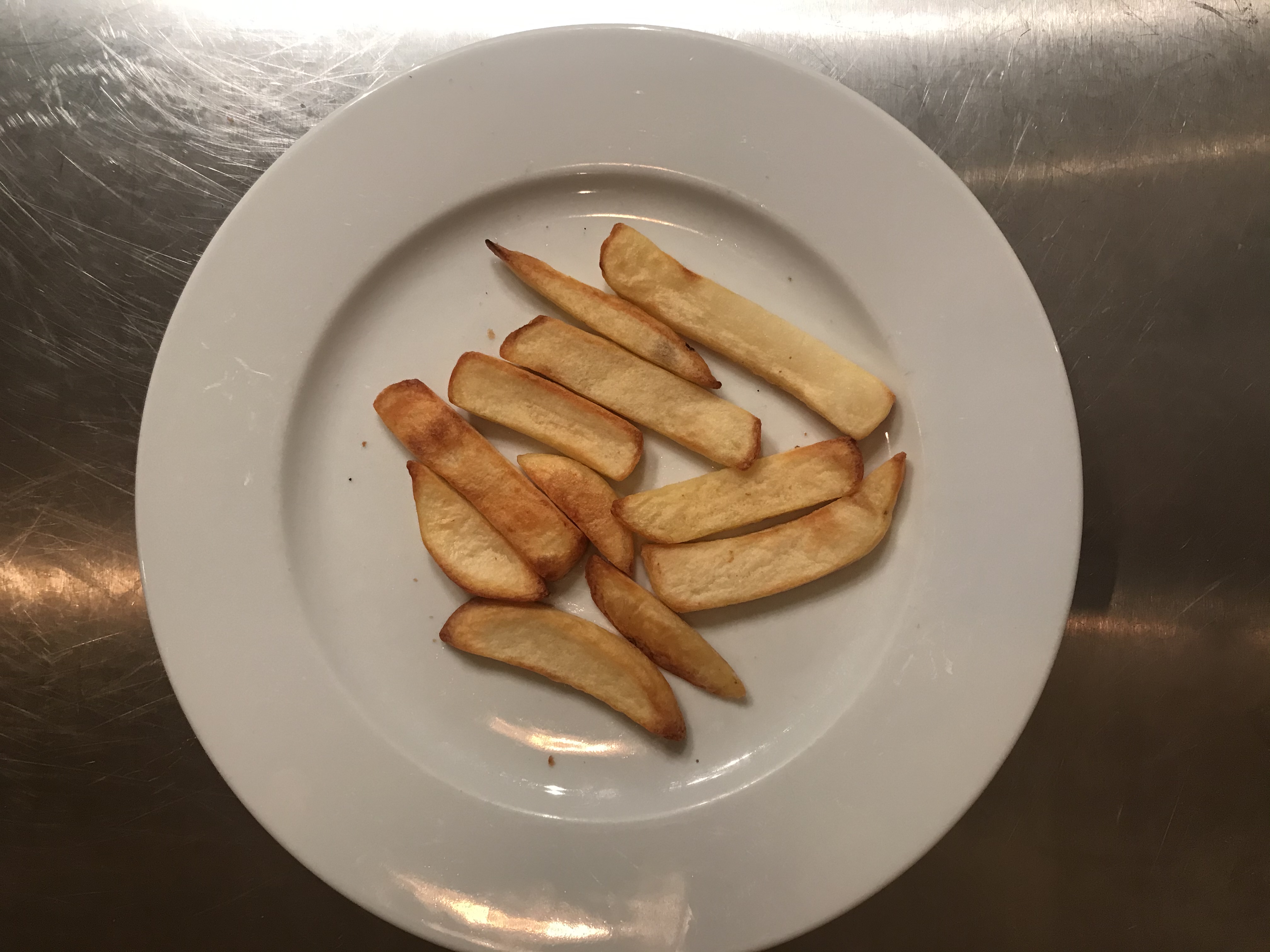 We weren’t keen on the flavour of Morrisons’ chips

We had high hopes for Morrisons’ chips.

At 85p, they were the cheapest chips on the list – and they came out of the oven looking golden brown.

But on closer inspection, they lacked fluffiness and looked a little thin.

We also weren’t keen on the flavour, which was underwhelming, and we felt they needed a good deal of seasoning to give them a boost.

Because of this, we ranked them three out of 10 for value for money. 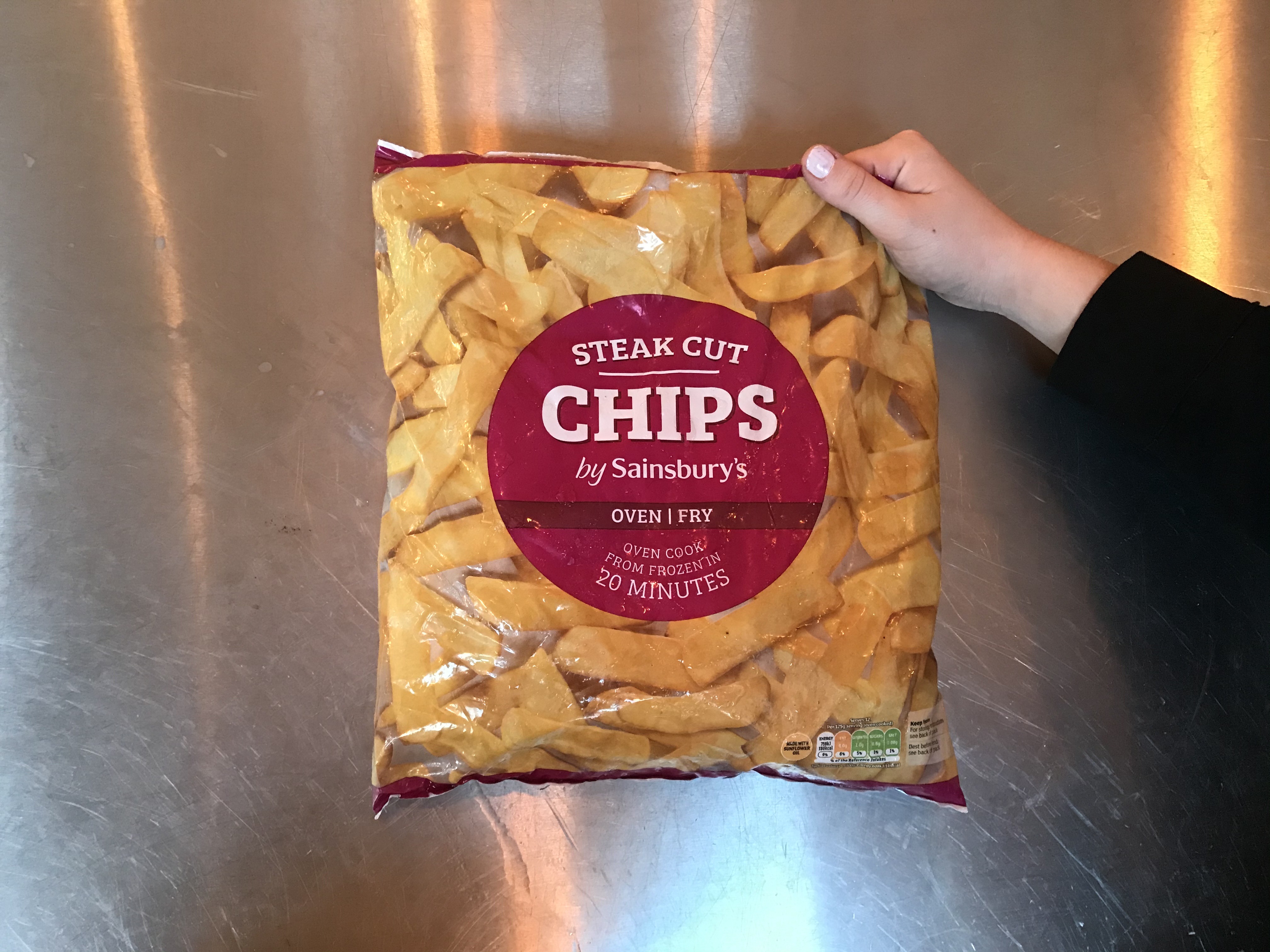 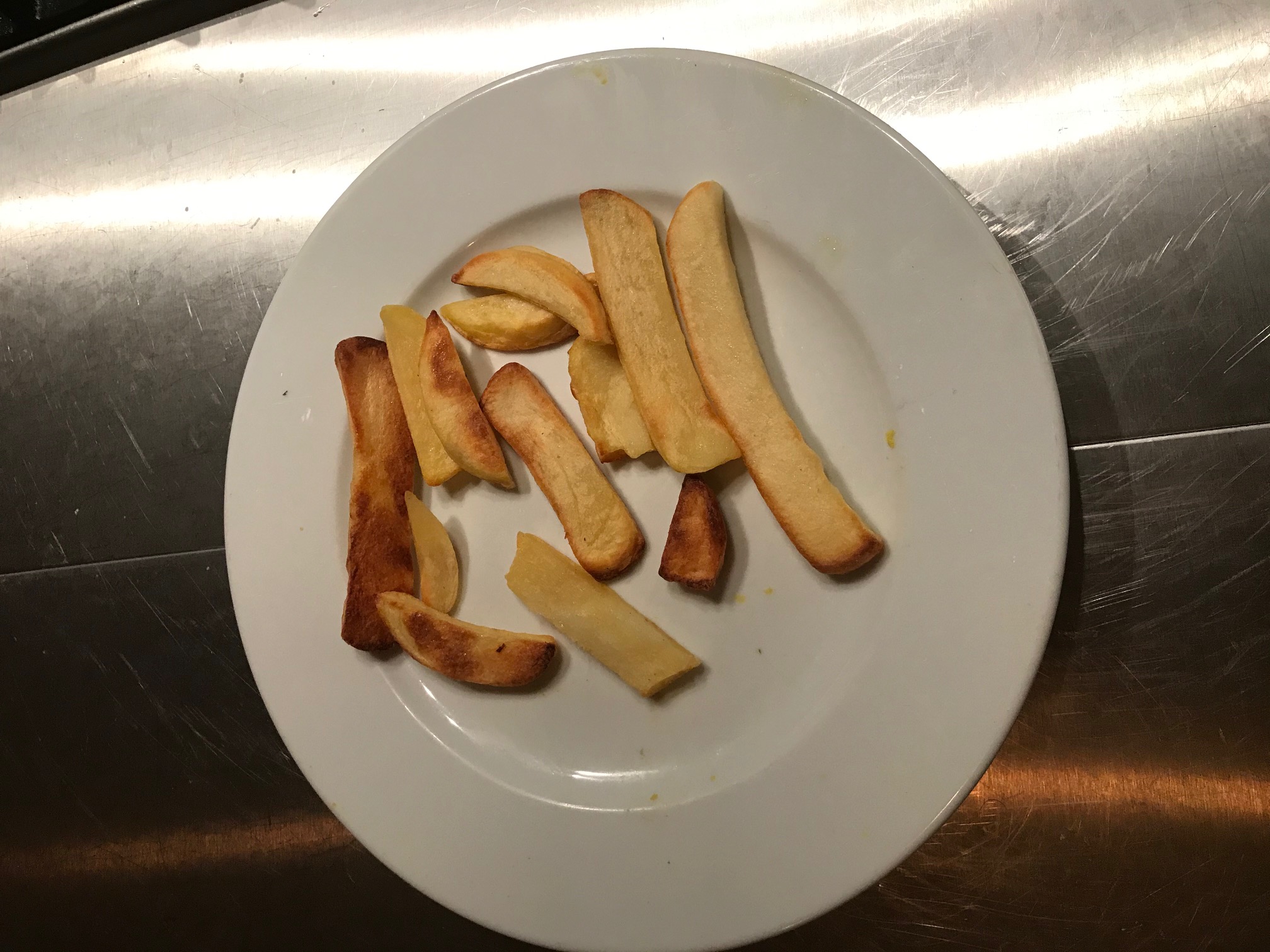 They took the longest to cook at 48 minutes – but the packet’s cooking instructions said that they would be ready by 20 minutes.

Although they tasted good, the snacks lacked potato stuffing inside, and looked a little wrinkly too.

They were the joint-third most expensive chips on the list, and because of this, we felt that they weren’t great value for money so ranked them a four out of 10.

For more taste tests, we’ve also compared supermarket mince pies including Aldi, Lidl and Tesco to see which contains the most filling.

Asda to axe 1,200 jobs at its bakeries under major restructuring plans

Latest supermarket recalls at Tesco, Aldi and Morrisons, including cereal and baby milk