WHEN the weather heats up there’s nothing like sitting in front of a cool breeze.

Fans, air coolers and air conditioning units are all an option for chilling on the hottest of days.

We put air coolers from high street shops to the testCredit: Susannah Ireland

Air coolers are a step up from a fan, but not quite an air conditioning unit.

Even portable air con units that you don’t have to install can be on the pricier side, with the cheapest starting at several hundreds of pounds.

We put four air coolers to the test and all of them cost under £100.

You fill an air cooler with water and combined with the action of a fan inside, it gives you a cooler breeze than just a fan alone.

The models we tested are from Argos, Homebase, Robert Dyas and Wilko and range in price from £65 up to £99.99.

We tested these with water only, but there’s the option with all four to add ice packs to the water compartment to make it even cooler.

Each of the units we tested come with these ice packs that you just chuck in the freezer – you don’t need to buy any separately.

The air coolers hold six litres of water, apart from the smaller Arlec which holds 3.5litres.

All the models have moving slats that direct the cool air back and forth automatically. You can also manually move them face up or down to direct the breeze.

We put all four of our portable units to the test on the same day to compare how they worked at the same temperature.

As well as rating them on price and cooling power, we took into account how they looked and how easy they were to set up and use.

We also scored them on additional features they offered, giving them a score out of five for each of these categories, for a grand total out of 25. 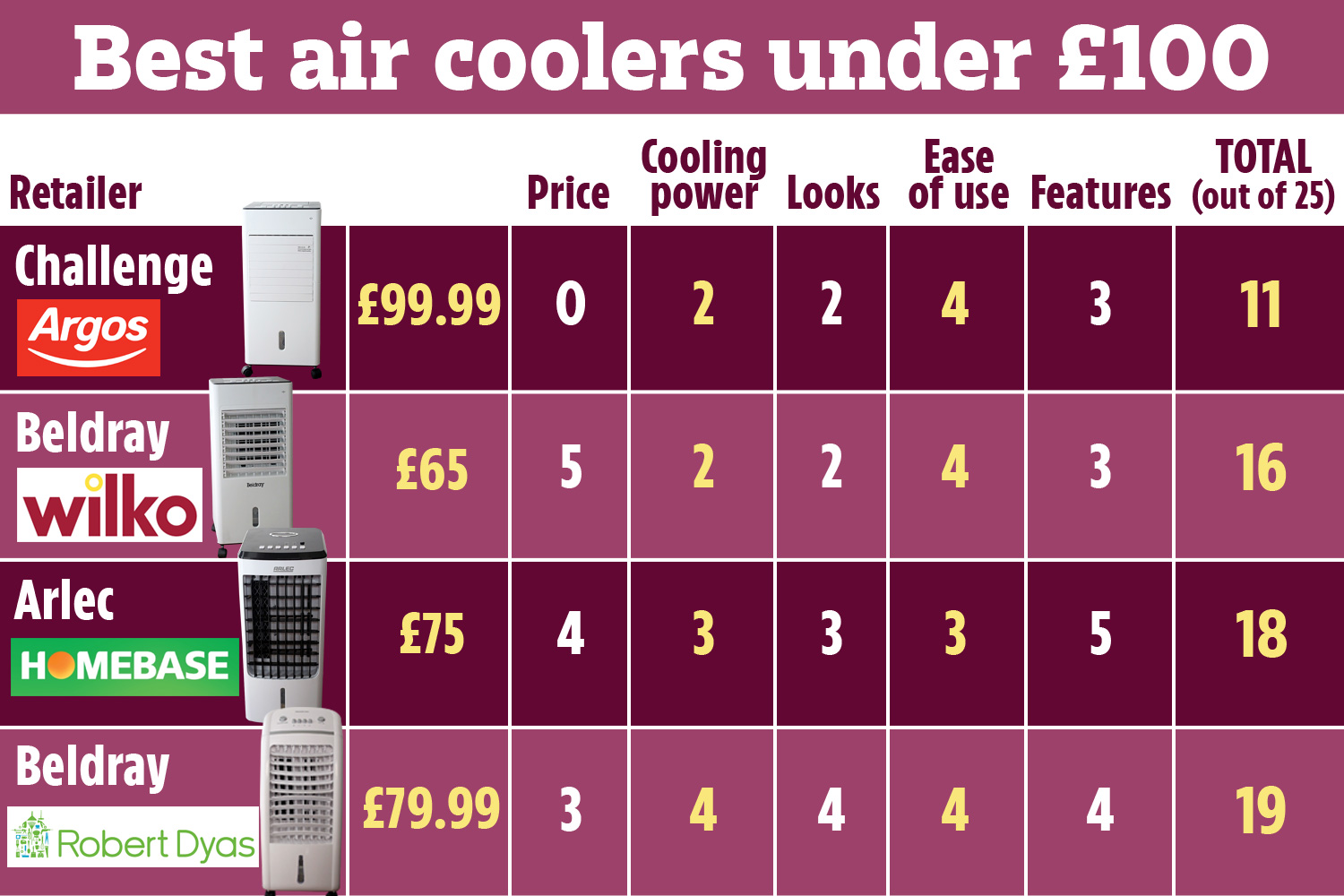 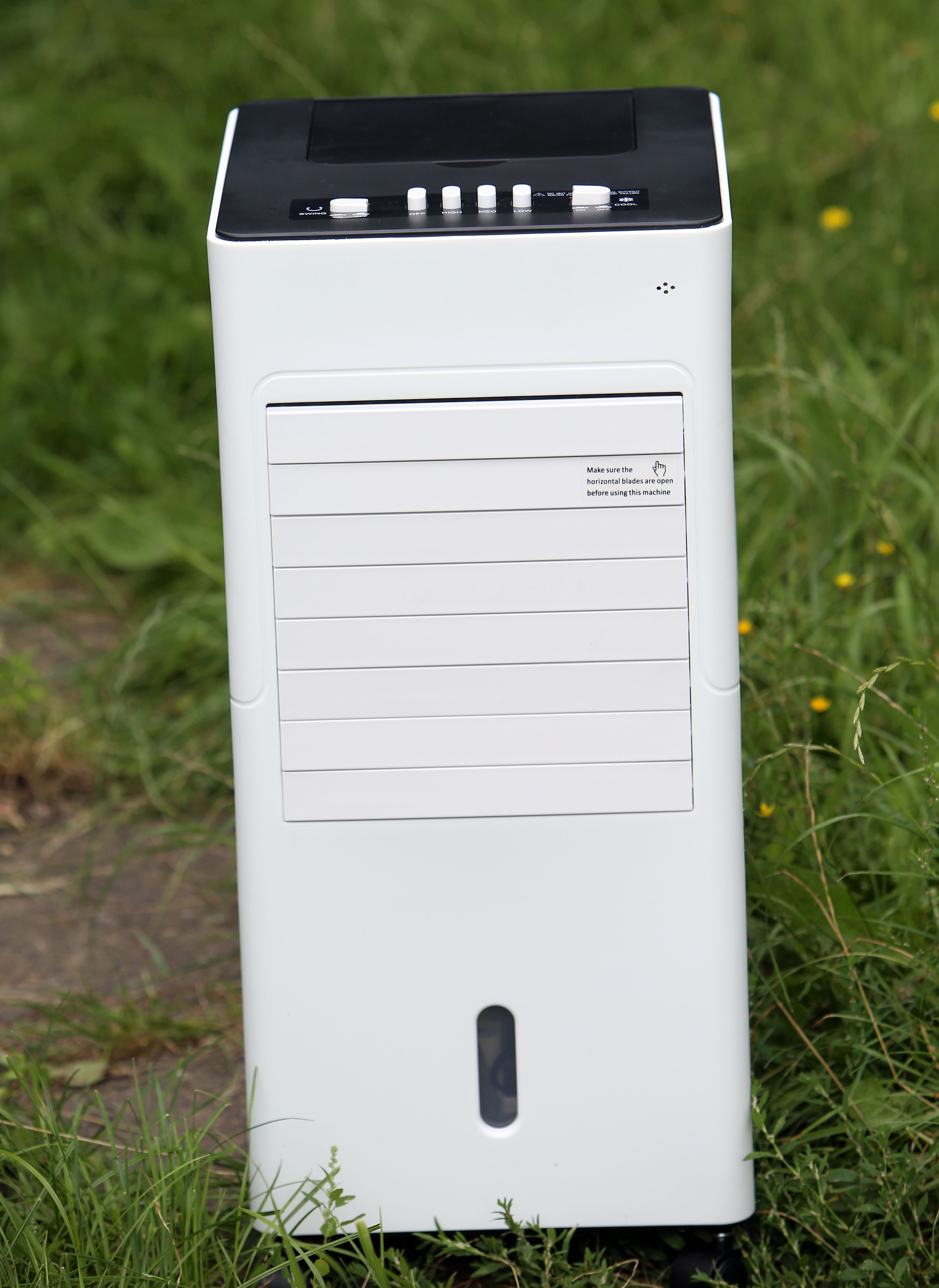 This was the most expensive air cooler we put to the testCredit: Susannah Ireland 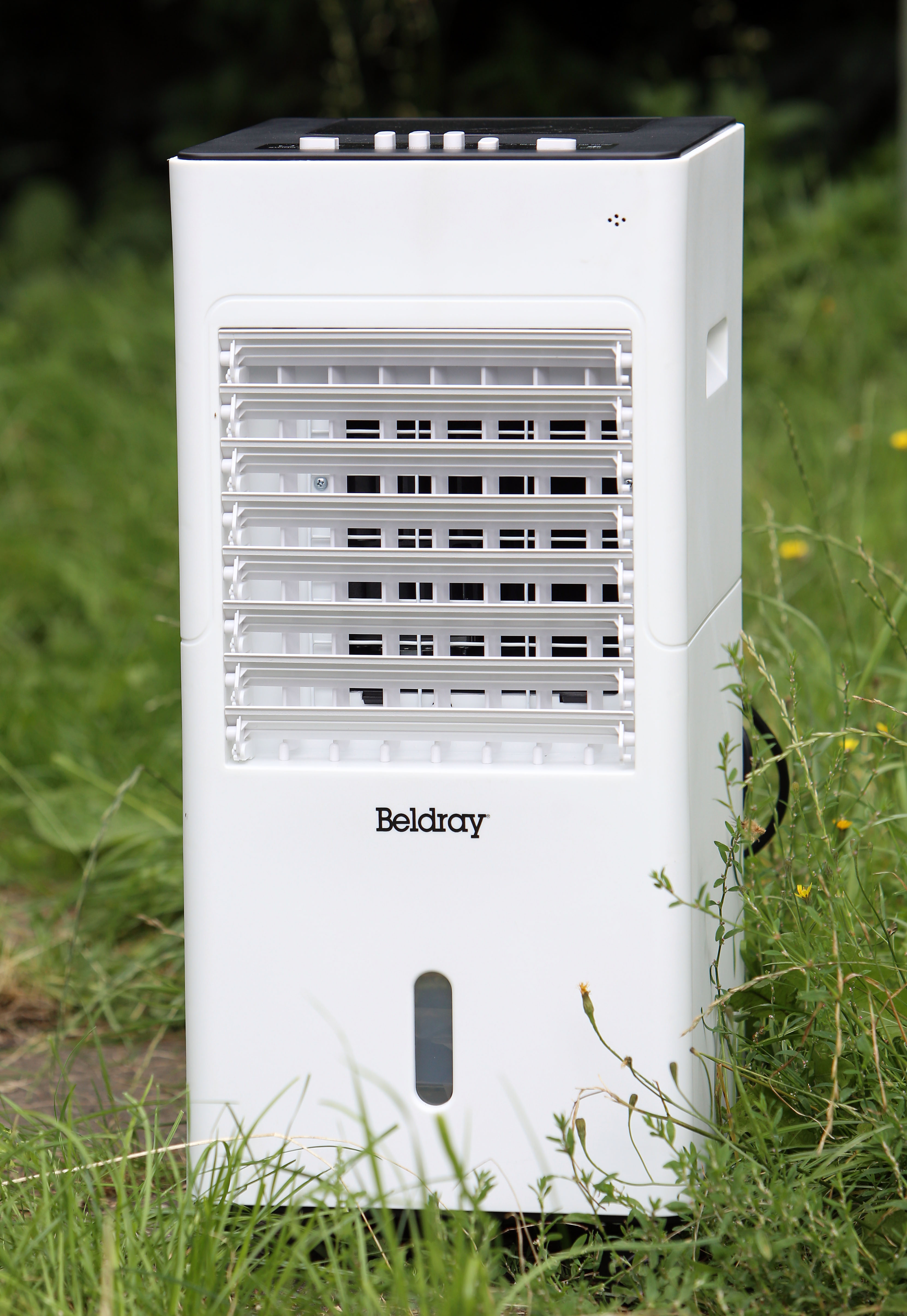 We’re talking about the Challenge from Argos and Beldray from Wilko these two together because it turns out – they’re exactly the same!

The only difference looking at them is that one has a Beldray logo and the other does not.

These have the smallest cooling area of them all – a square that didn’t cover as much of me compared to the others.

They were easy to set up though. Looks-wise, they both feel like they belong more in an office compared to the other two sleeker designs.

We scored these two models the same in all categories because they were the same – apart from one – the price.

Even though there is no difference between them, the Challenge model from Argos is £35 more.

And for that reason, it scored the lowest in our test. 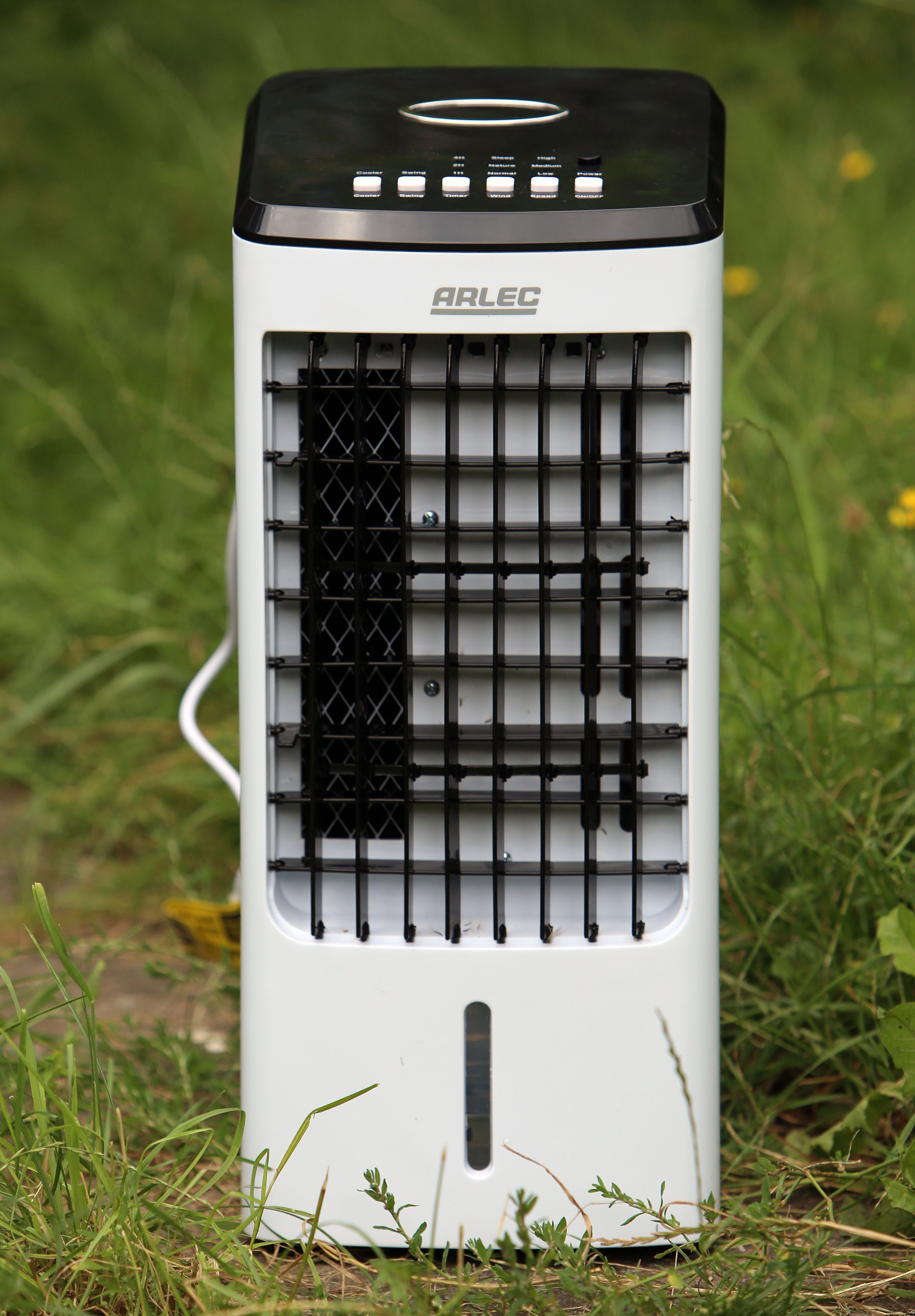 We liked the features on this – once you get your head round themCredit: Susannah Ireland

This Arlec model from Homebase came in a very close second place – there was just one point in it between this and the winner.

It’s the most compact of all of them, so if you’re tight on space, this could be a good option.

It also had extra features, like a sleep timer (so you can set it to turn off when you’re sleeping) and a remote control – the only unit to have this.

The Arlec scored the highest for features because of this.

It also had the most setting options, with three speeds and three “wind” settings – normal, nature and sleep.

But it wasn’t entirely clear what the difference between these settings was when we tried them out.

Two of them made the machine go on and off intermittently, and we couldn’t tell if they made the breeze stronger or quieter in anyway.

We also struggled with the instructions more than others. It wasn’t clear enough how to get set up or how to use the functions with out some in depth studying of the manual first.

Because of this, and the smaller size of the cooling area at the front, it just missed out on the top spot. 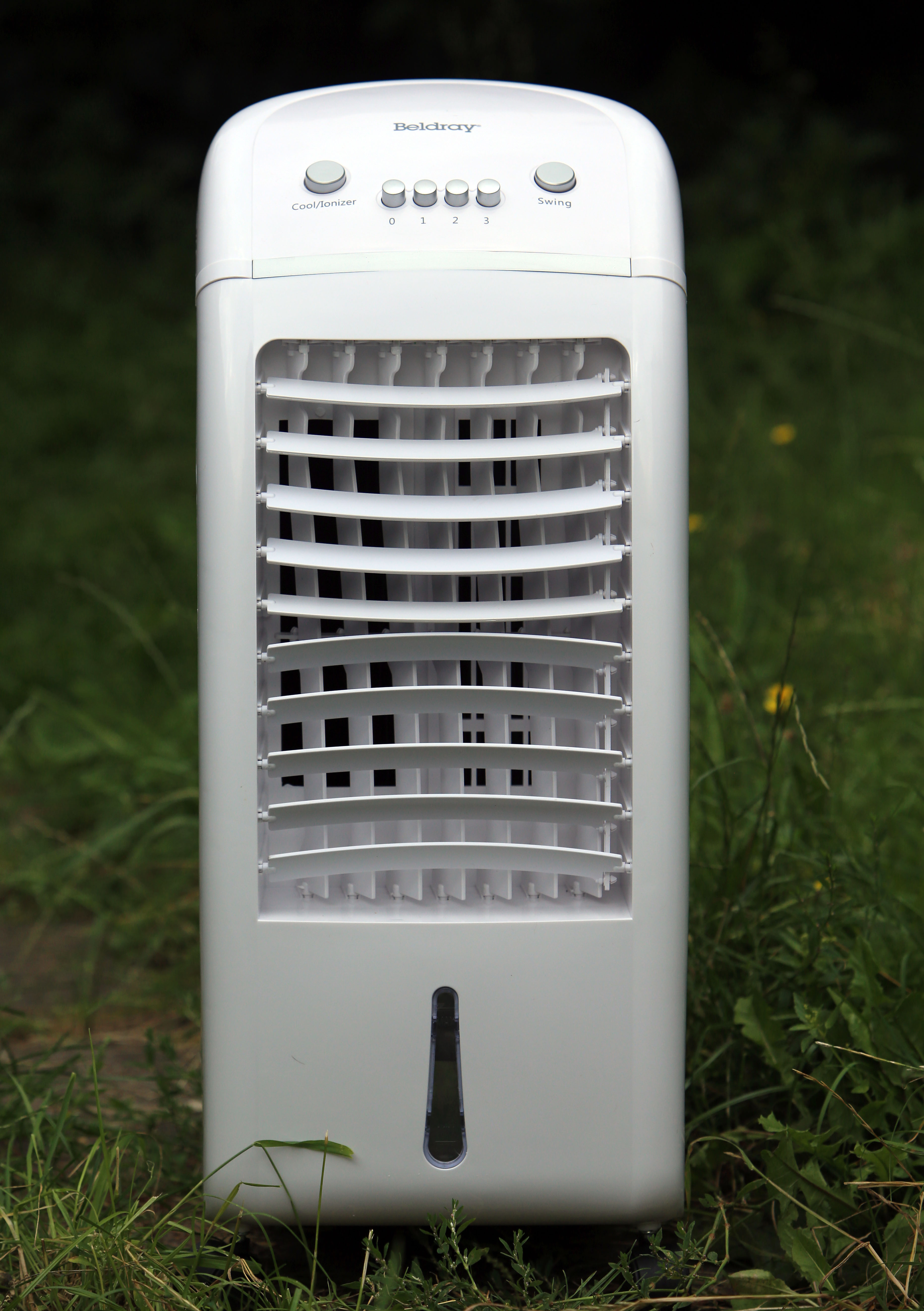 We liked how easy this was to use – and it had the best breezeCredit: Susannah Ireland

Beldray from Robert Dyas came top of our test because it was super simple to get started with and offered the biggest breeze.

Although it wasn’t the cheapest, the price difference between our second place was only £5.

Instructions were easy to follow for this model, with a step-by-step guide on how to fill it with water, plug it in and turn it on.

It was also really obvious what everything did and which buttons to press – I had this up and running in under five minutes from opening the box.

The Beldray has a slim build and curve-edged design which does look nice and sleek even though it’s the tallest of the bunch.

But, what set it ahead and made it our winner was that this unit has the biggest cooling area of all the models we tested.

Air cooler vs fan: is it worth it?

I’m the owner of a classic desk fan that I bought in a heatwave emergency around 15 years ago for a tenner, and it’s still going strong

I always dig it out every year in the hottest weather, despite having bought a much pricier Dyson fan and heater (it does work very well in the winter).

So I wasn’t sure if an air cooler is worth the investment compared to this relic – but I’m convinced.

All the air coolers we tested offer a much cooler breeze over a bigger area than a fan, and even more so if you use the freezer packs too.

A fan is an awkward shape and you need something to sit it on, so a floor standing air cooler on wheels is actually more convenent.

While I can’t say if an air cooler will last quite as long as my fan, when it comes to price, you’ll generaly pay more for an air cooler than the average desk fan which cost around £10 – £20.

But if you’re paying more for a taller floor-standing version or for a tower fan (around £20 – £50 at the cheaper end of the price range) an air cooler could be a better option.

“He was encouraging me to sing” 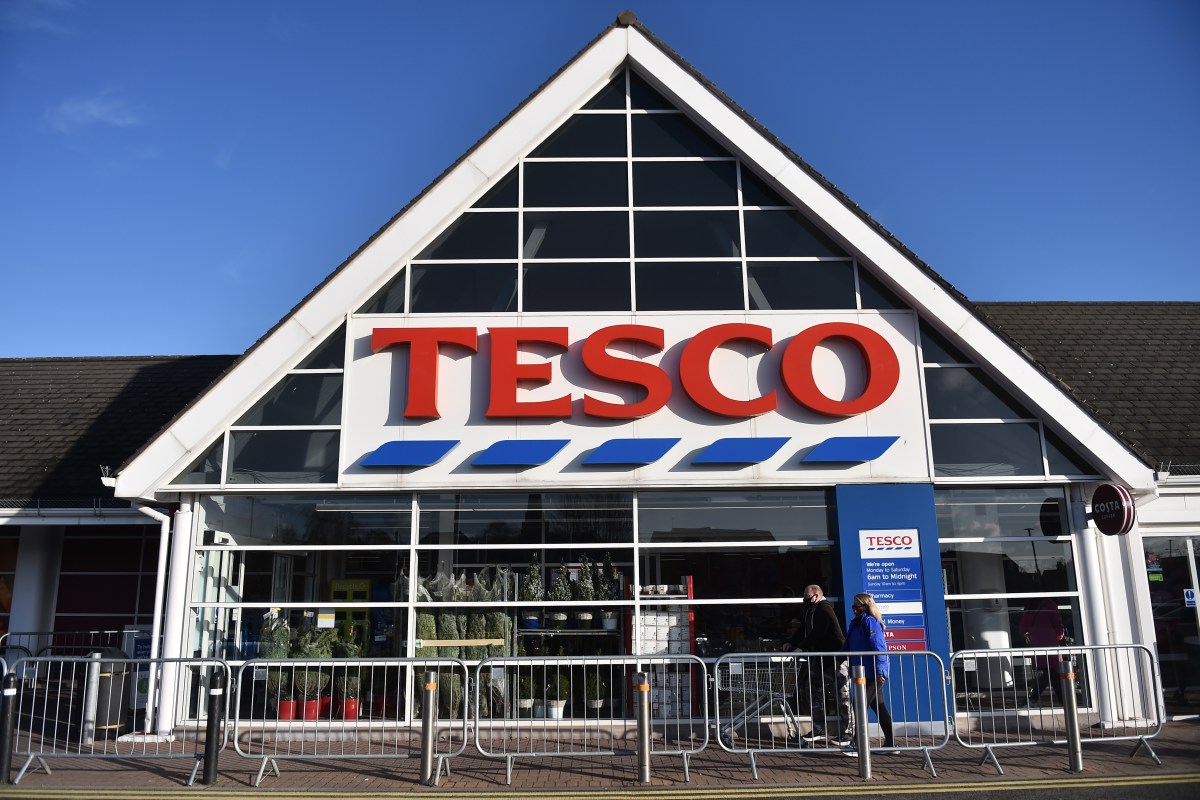