TOPSHOP, Topman and Miss Selfridge websites have officially shut down and are now redirecting to ASOS.

It comes after ASOS confirmed it has bought the struggling retailers, as well as leisurewear brand HIIT, from Sir Philip Green’s Arcadia Group in a deal worth £330million. 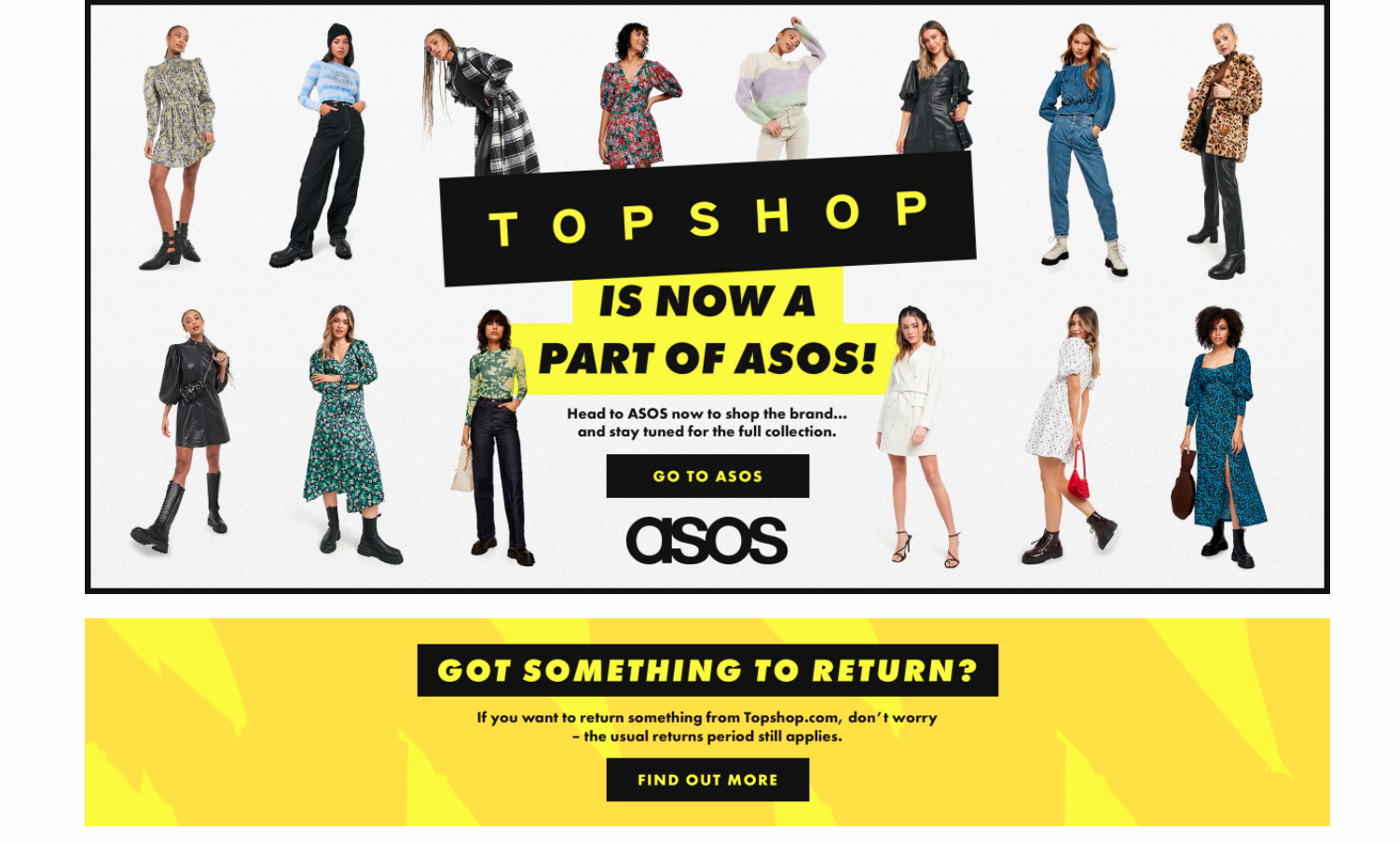 When customers try to access the Topshop website now, a message reads: “Topshop is now part of ASOS!

“Head to ASOS now to shop the brand and stay tuned for the full collection.”

Similar messages are also in place on the Topman and Miss Selfridge websites.

ASOS had previously confirmed it will still sell items from all three retailers, including “hero” products like jeans from Topshop. 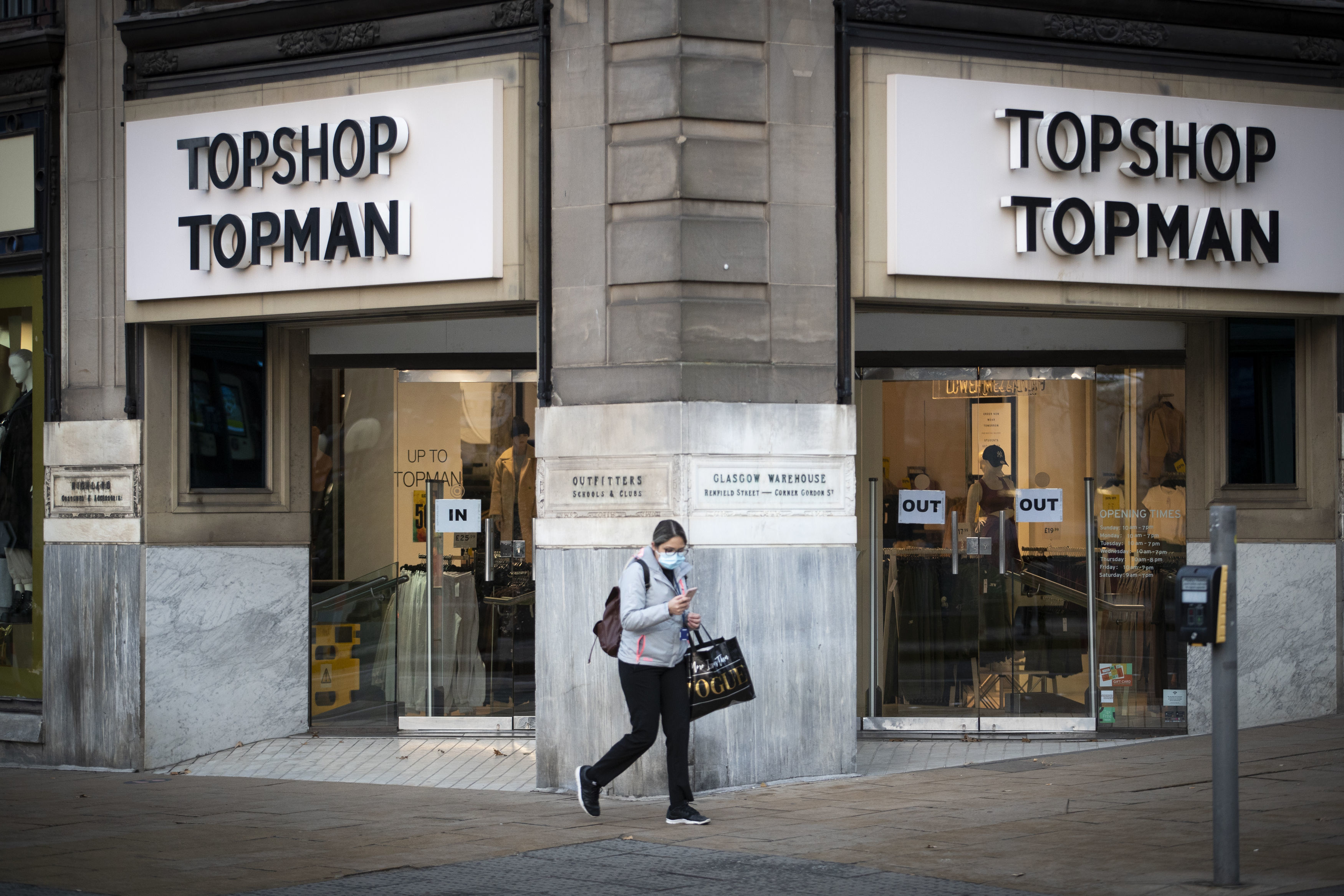 Topshop physical stores are currently closed due to lockdown restrictions 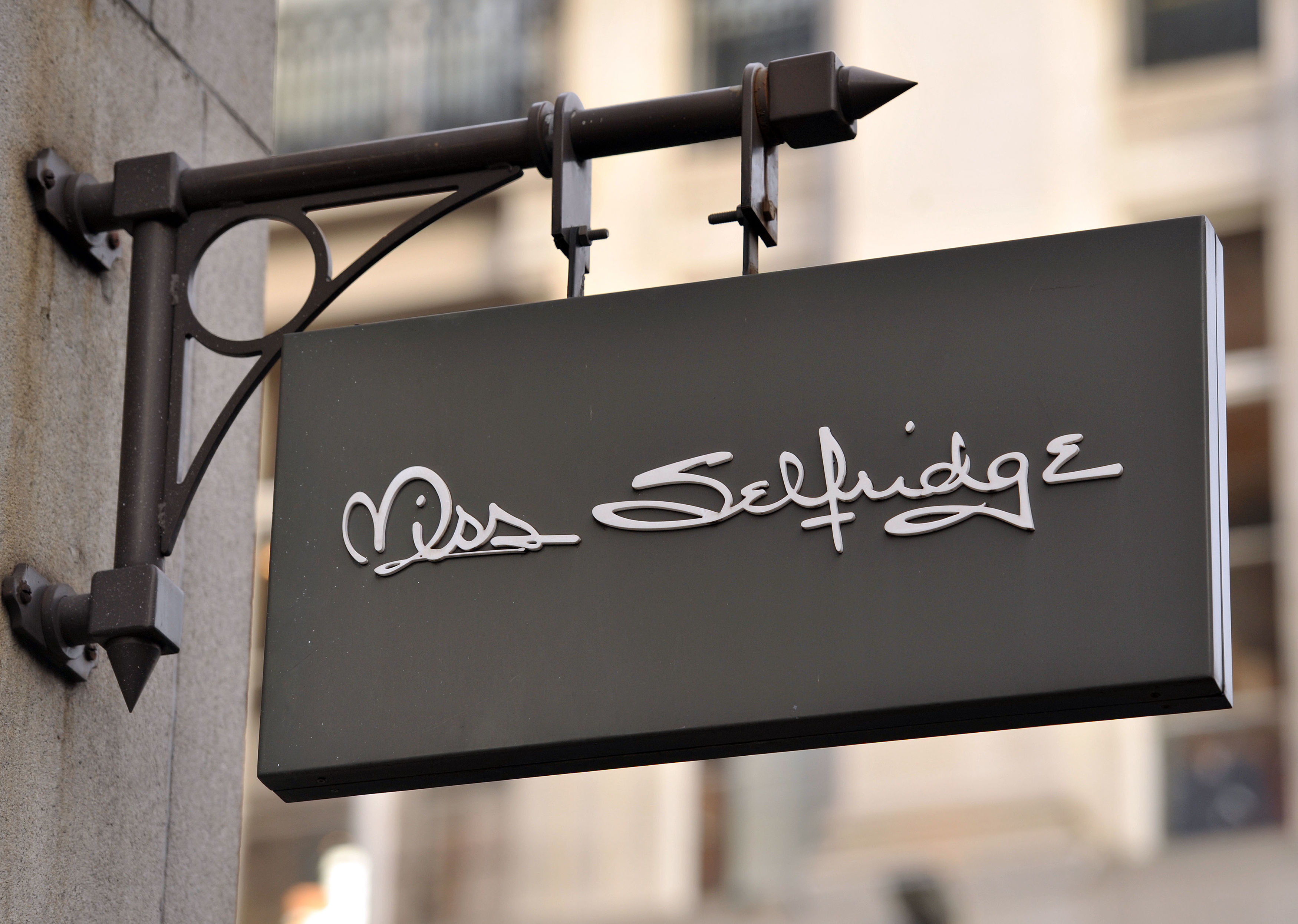 But the takeover doesn’t include stores from any of the brands, meaning 70 shops are expected to shut forever, putting 2,500 retail jobs at risk.

ASOS has also confirmed that gift cards purchased before today remain the responsibility of administrator Deloitte, so it won’t accept them.

A spokesperson from the online retailer said it will look at how it can help affected customers with leftover gift card credit, but there’s been no confirmation about this could work in reality.

Customers are still able to make returns from the Topshop website for purchases made within the last 28 days.

When Arcadia Group fell into administration, customers could still use gift cards as normal.

But administrator Deloitte later changed its policy so customers could only use vouchers to pay for up to 50% of a purchase.

Shoppers are able to put a claim into Deloitte to claim back any unused gift card credit but it’s not guaranteed you’ll get your money back.

It depends on if other creditors are owed money too. You may also only get a portion of the money back.

The physical shops for Topshop, Topman and Miss Selfridge remain closed due to lockdown restrictions.

It’s unclear whether these shops will reopen once lockdown restrictions are lifted for customers to shop any remaining stock in person before closing for good.

Arcadia Group, which was bought by Sir Philip Green for £850million in 2002, also owns Burton, Dorothy Perkins and Wallis.

Last week, Boohoo said it was in exclusive talks to buy all three of these clothing retailers in a move which will also not include any stores.

A deal has yet to be officially confirmed, and it’s not clear how far along the talks are.

Stunning lochside house on the Isle of Skye goes on sale for £435,000