The purse-friendly stores have already filled their shelves with giant pumpkins, scary skeletons and wicked witch ornaments despite it being the height of summer.

The Range has spooked shoppers by selling Halloween decorationsCredit: Twitter

Halloween garlands adorn the rails while parents can buy their kids frightening costumes to go Trick Or Treating in.

As temperatures outside soared to 26C, bosses at The Range announced on social media: “So erm…Yeah. Scary but true, Halloween is coming to stores!”

But customers have all been left saying the same thing.

Horrified shopper Pauline Putt replied “No, not yet, Life goes quickly as it is. Let us enjoy the summer. Far too early!” 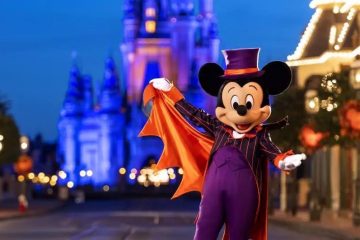 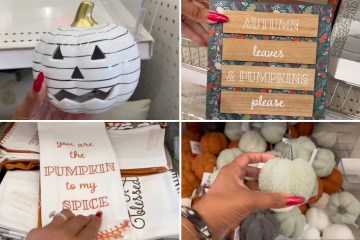 Nicola Jordan chimed in: “This is absolutely absurd! Why are you doing this to people? Making them think they have to purchase these items in the middle of summer.”

Angry Sue Hull added: “It’s far too early, let the kids have summer holidays first. As bad as back to school before they had even broken up!”

And Gavin Feldt raged: “Why don’t you keep them up all year along with the Xmas/ Easter/ Valentines/ Father’s Day/ Mother’s Day stuff. It’s getting beyond a joke now.”

Halloween fans can now buy their decorations in both stores nationwide and on The Range’s website.

Among the spooky items they can get their hands on is a kids’ skeleton costume for £7.99 and a terrifying 1.6 metre Hanging Circus Clown for £22.99.

The items can be delivered by August 2 – a staggering 90 days before Halloween on October 31.

It’s not the first time a store decided to sell seasonal products early in the year.

There Is No Reason to BeReal