SHOPS including Debenhams, Next and John Lewis have sales of up to 70% off ahead of the high street’s bounce back on April 12.

Covid-battered non-essential retailers can welcome customers back once more on Monday after more than three months of lockdown. 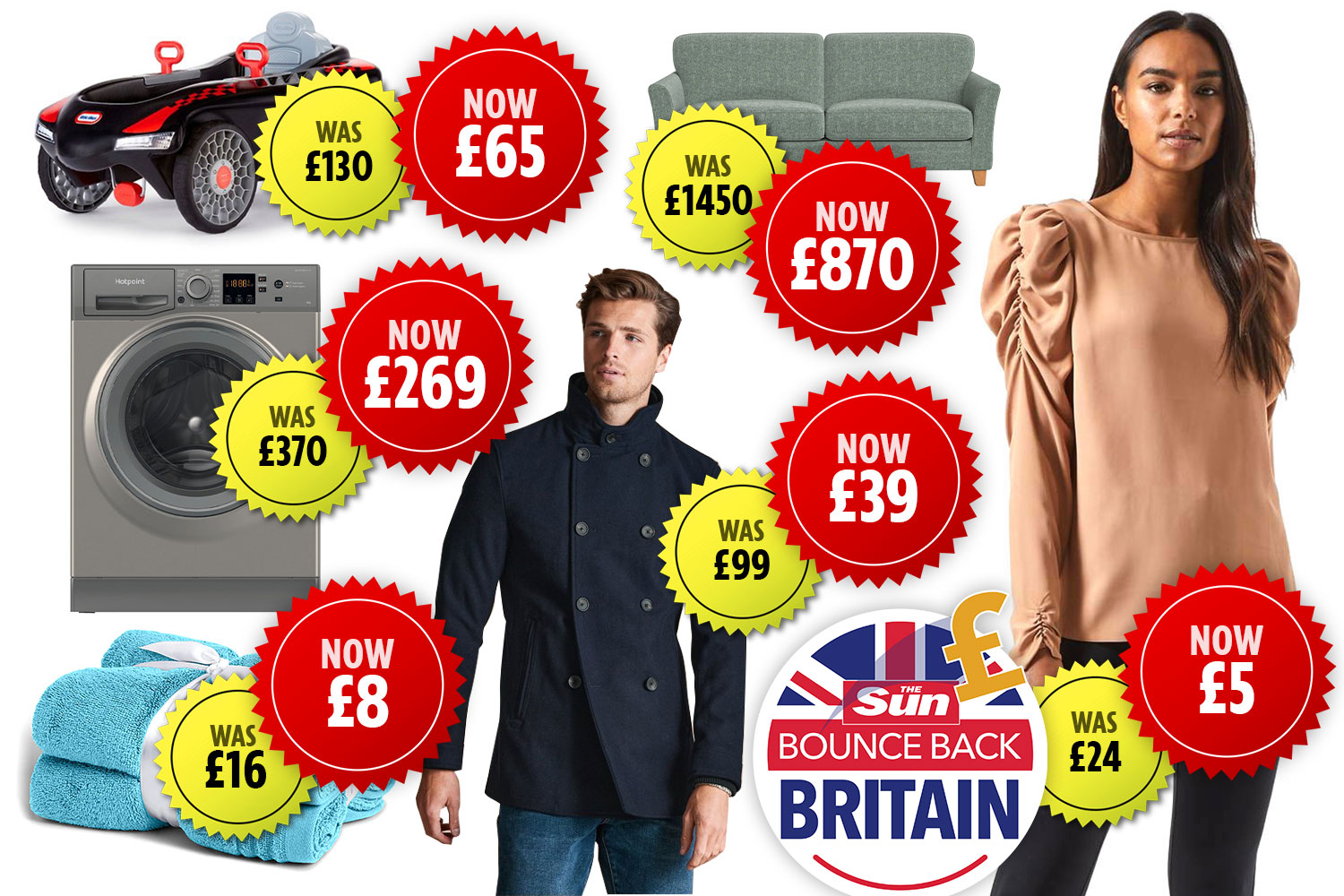 Some are already offering big bargains online and will be having sales in stores to get customers spending after missing out on crucial pre-Christmas and Easter trade.

UK sales are now down £27billion in lost sales caused by lockdown, according to British Retail Consortium figures.

Many brands have gone bust with thousands of jobs axed or put at risk.

There will also be notable absences including Arcadia stores like Topshop, Topman and Miss Selfridges, which will leave a major hole in high streets upon and down the country.

How to compare prices to get the best deal

JUST because something is on offer, or is part of a sale, it doesn’t mean it’s always a good deal.

There are plenty of comparison websites out there that’ll check prices for you – so don’t be left paying more than you have to.

Most of them work by comparing the prices across hundreds of retailers.

Here are some that we recommend:

The Government has relaxed rules on trading times and many stores are planning to extend hours, with Primark adding two hours a day and Smyths toy store open until 8pm, Monday to Friday.

Brits have been warned not to expect Black Friday or Boxing Day sales-style offers – since stores have done record levels of home deliveries and most have been open for click and collect.

However, some stores are rolling out massive discounts.

Debenhams, which is due to close for good after going bust, will open around 100 stores in England and Wales for two to four weeks from Monday to complete its final closing down sale with deals of up to 70% off.

Which shops are having sales?

A NUMBER of high street favourites are having big sales in stores when they reopen on April 12.

While not every shop is planning a clearance in stores, many are still trying to shift stock on their websites.

Here’s the bargains that are online now – and the in store clearances to look out on Monday:

Next has also told The Sun that it will be having sales in stores in order to shift stock.

The store also launched a huge online sale earlier this month, and we spotted that some items were up to 70% off.

Currys PC World chief Mark Allsop also told The Sun the store would be slashing up to 70% off some products in store, with “extra savings to be made online”.

Here’s a round-up of homeware, clothes and tech products we’ve spotted at rock-bottom prices which you can get now in the online sales.

Stock may vary, so not everything you see online will be in stores when they reopen on April 12.

Before you splash out, make sure you compare prices.

You could find the same – or similar – item for less elsewhere.

Here’s what bargains you can grab: 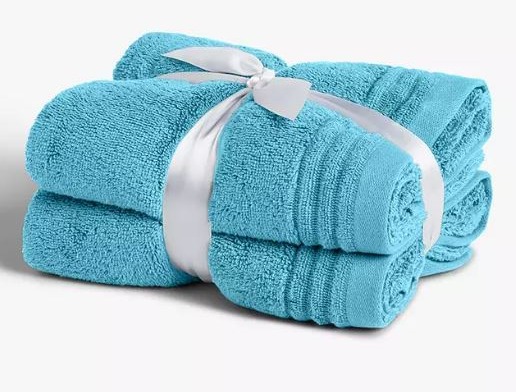 These blue towels could be a great choice for your bathroomCredit: John Lewis

If you’re looking to freshen up your towels and bed linen, it might be a good idea to see which ones are on sale.

You could get these cheerful blue towels for half price at John Lewis.

However, we’ve spotted these two grey Habitat towels from Argos going for £3 less at a fiver. 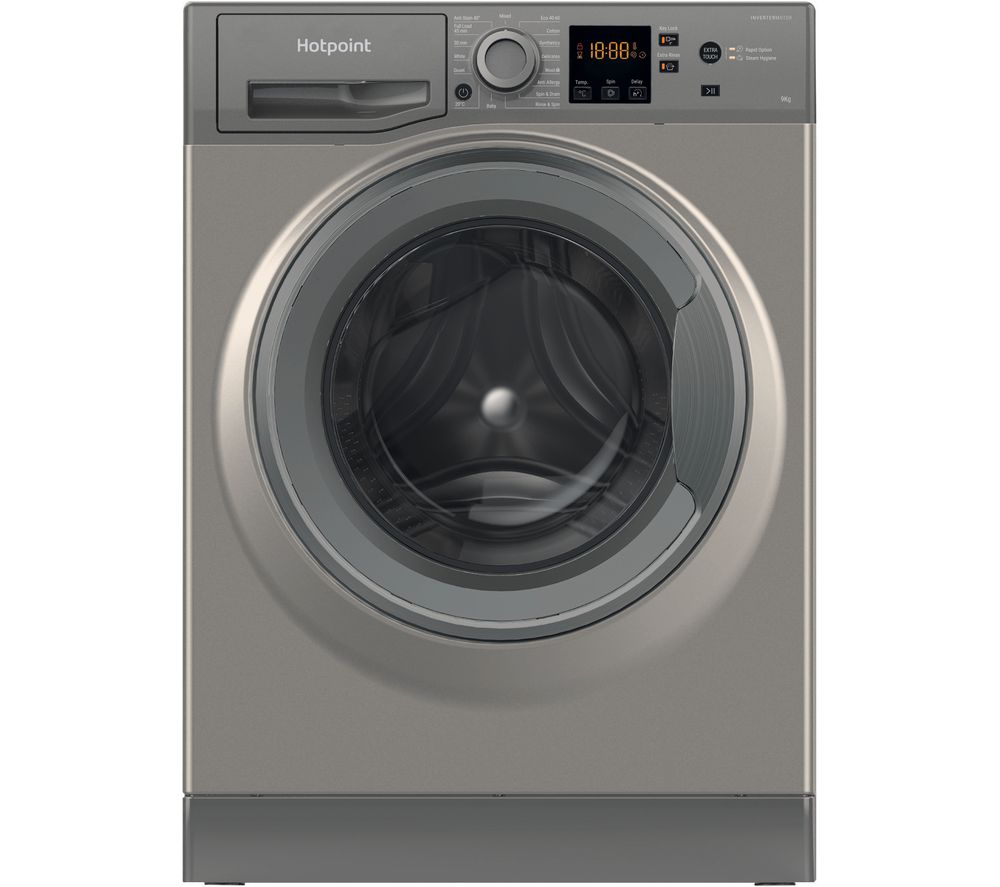 This washing machine is in the Currys sale at £269Credit: Curry’s

Washing machines can be expensive, so any money taken off can help ease the strain on your bank balance.

This one in Currys PC World from Hotpoint is going for £269 – over £100 cheaper than its original price tag.

But we saw this Bush washing machine for nearly half the price in Argos for £145. 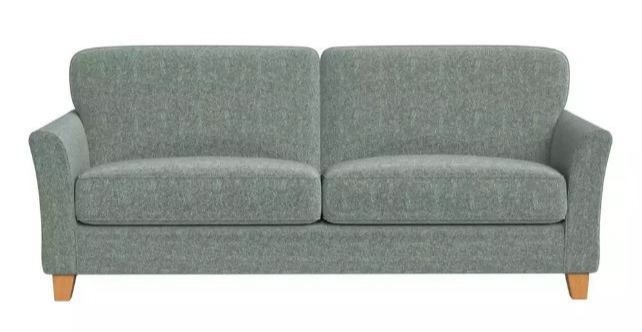 This sofa from Debenhams looks nice and comfyCredit: Debenhams

Almost £600 has been knocked off the price tag of this four seater sofa from Debenhams.

It comes in a bright turquoise colour and looks like there’ll be plenty of room for the whole family.

However, we’ve seen this light blue sofa going for £650 in Wayfair if you don’t want to spend as much. 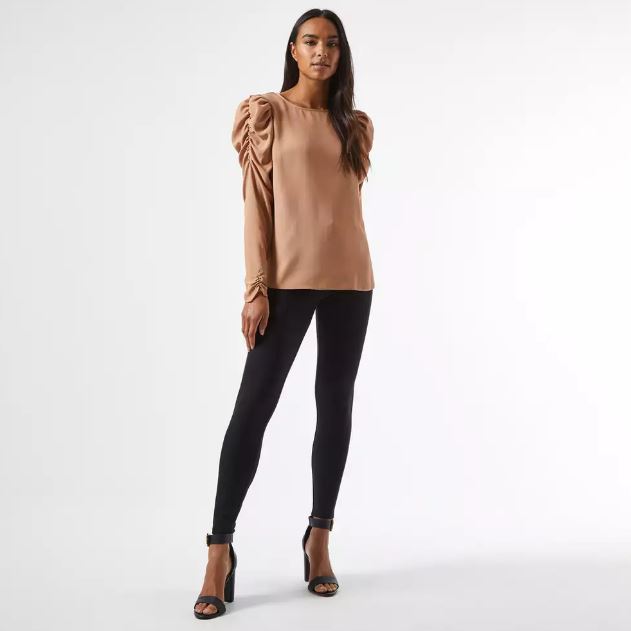 This top could be a great choice for a special occasionCredit: Debenhams

In another Debenhams bargain, shoppers can bag this brown top from Dorothy Perkins for just a fiver.

We like the ruching detail on the shoulders and the floaty fabric.

If you’re not a fan of the colour, we saw this burgundy top with lattice neck detailing going for the same price in New Look. 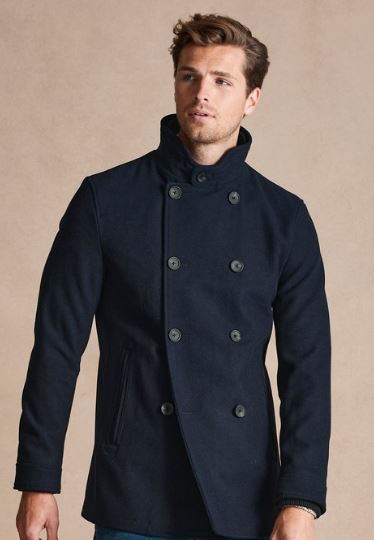 This coat could be a good option when the weather gets chillyCredit: Next

In Next’s huge online clearance sale, we spotted this men’s navy coat for £39.

But we spotted a very similar looking coat in Matalan, which was £9 cheaper at £30. 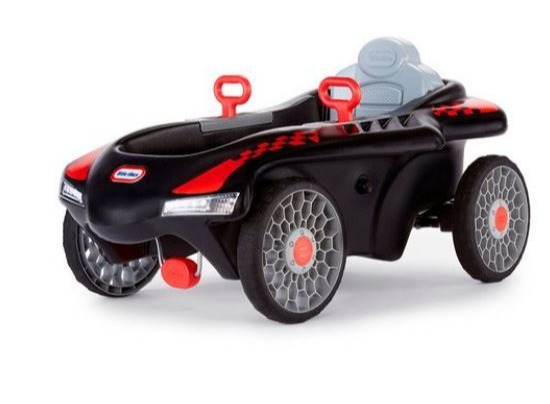 This toy racing car could be a greatCredit: The Toy Shop

You might not think it after the cold spell we’ve been having this week, but it’s summer soon – and you could keep the kids entertained for hours with this toy racing car.

The Entertainer has knocked 50% off it in its online sale, so you’d be saving £65.

However, we spotted this kids quad bike from Robert Dyas going for a bargain £30 if you want to spend less.

Brits won’t ever need a vaccine passport to go to the supermarket, hop on public transport like buses and trains the Government has vowed.

Here’s what pubs will look like when they reopen, with all the rules for drinkers before they reopen NEXT week.

The Sun took a sneak peek inside a Greene King branch in Cambridge last year to find out what it would be like when it reopened.