IT turns out you really can Taste the Difference when it comes to Sainsbury’s pigs in blankets – the supermarket has earned top spot in a taste test of the festive favourites.

The bargain spuds cost just £1.80 for 800g and won over pricier luxury alternatives such as Waitrose’s goose fat roast potatoes with garlic and sage, which cost almost double at £3.50 a bag.

The annual awards from Good Housekeeping Magazine sees taste testers sample hundreds of products from Christmas ranges to find the best of the best.

A winner and runners-up are awarded in categories including turkey, mince pies, prosecco and Christmas pudding.

And while many of the top spots this year have gone to extravagant luxury items, a number of bargain treats managed to beat their pricey rivals to earn the crown of winner in their category.

Some 470 products were tasted this year, the 22nd year that Good Housekeeping has run its Christmas taste tests, with samples from 75 different retailers and brands.

Also tried were 10 meat-free mains, and for the first time both frozen and fresh turkeys were pitted against each, with 13 whole turkeys and 10 crowns all tested.

Here we round up some of the winners. 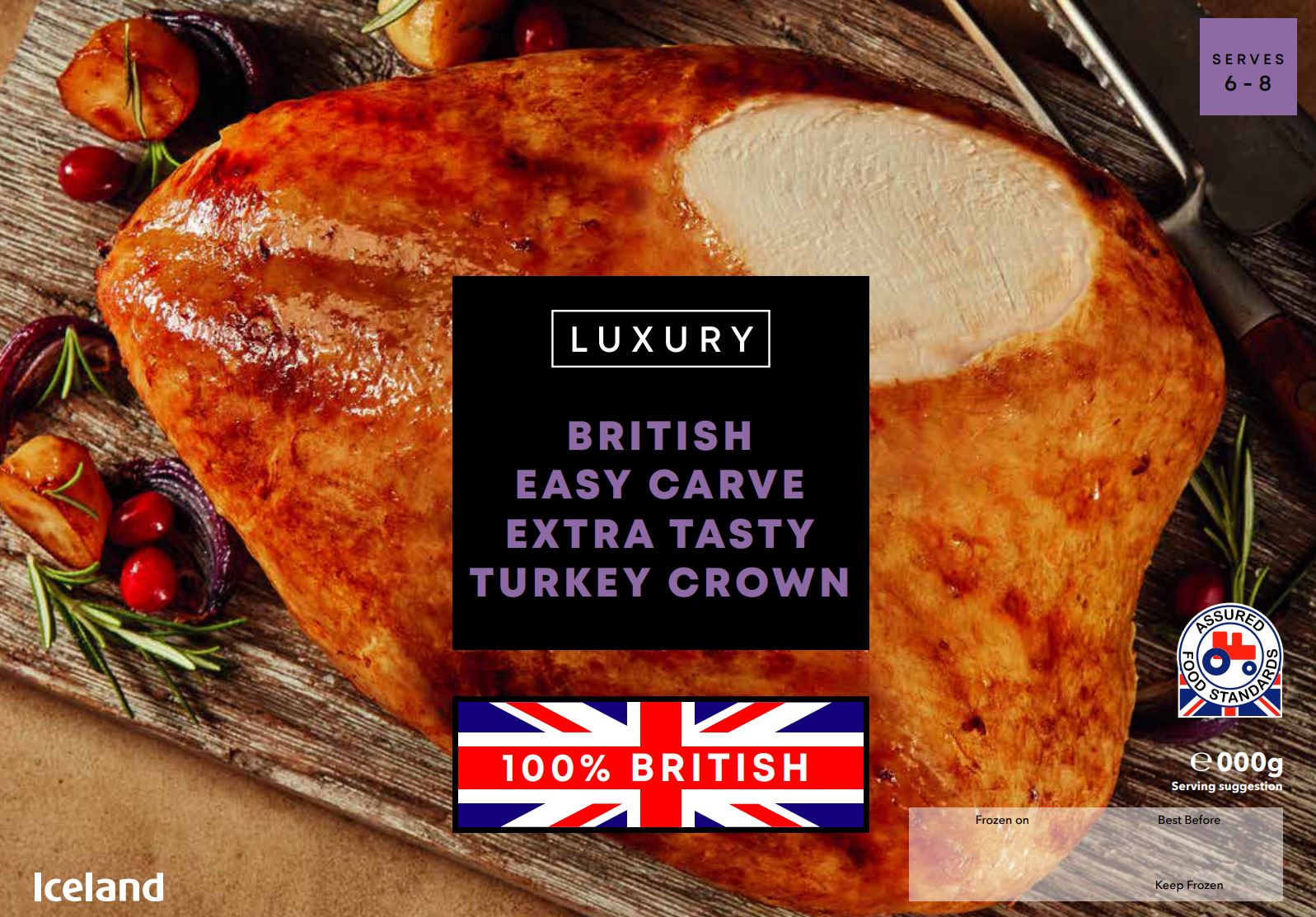 Pipers Farm got the top gong for both whole turkey and turkey crown – but the pricey birds will be out of reach of many families this Christmas.

Pipers Farm Free Range Bronze Turkey scored 81/100 but is a hefty £16.30 per kilo, while the Pipers Farm Properly Free Turkey Crown starts at a staggering £71.

For a more budget option, we say hats off to Iceland’s Luxury Extra Tasty Turkey Crown which only scored one point less than the Piper’s Turkey, and was runner-up with 75/100. And it’s a much more pocket friend £17 for a 2kg joint.

COOK’s Portobello Mushroom Wellington was the winner of the meat-free main category, scoring 82/100. The pastry-encased dish is £10 for 360g.

But Morrisons Vegan Vegetable Wellington and Tesco’s Wicked Kitchen No Turkey Roast Crown are half the price at £5, and both scored 78/100.

And if you’re looking a yummy side dish, Sainsbury’s Taste the Difference Truffle Pigs in Blankets took top spot out of 13 of the sausagey treats that were tested.

Sweet treats for your festive feast 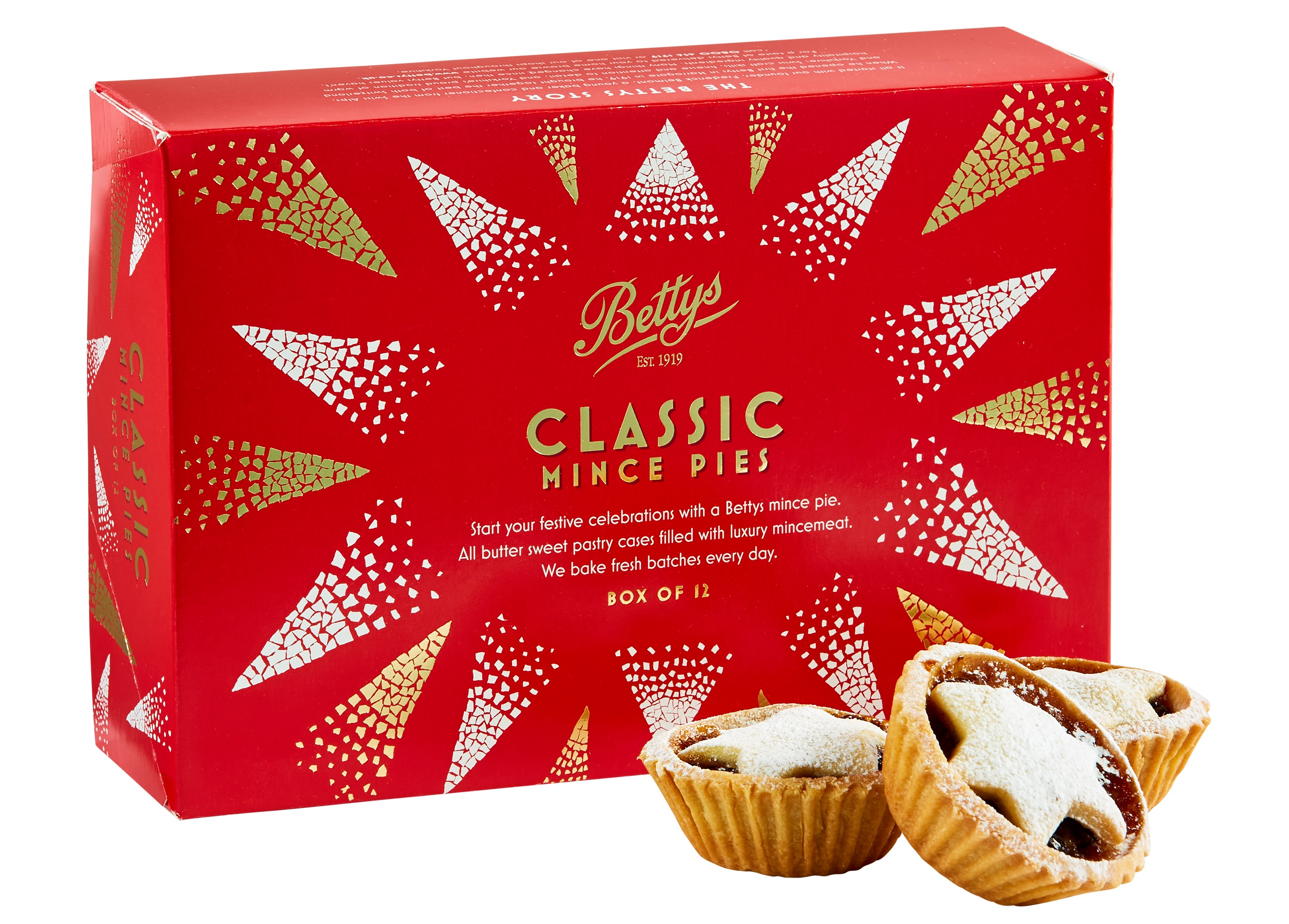 Betty’s mince pies were crowned best of the bunch but the £13.75 might be touch too muchCredit: Good Housekeeping 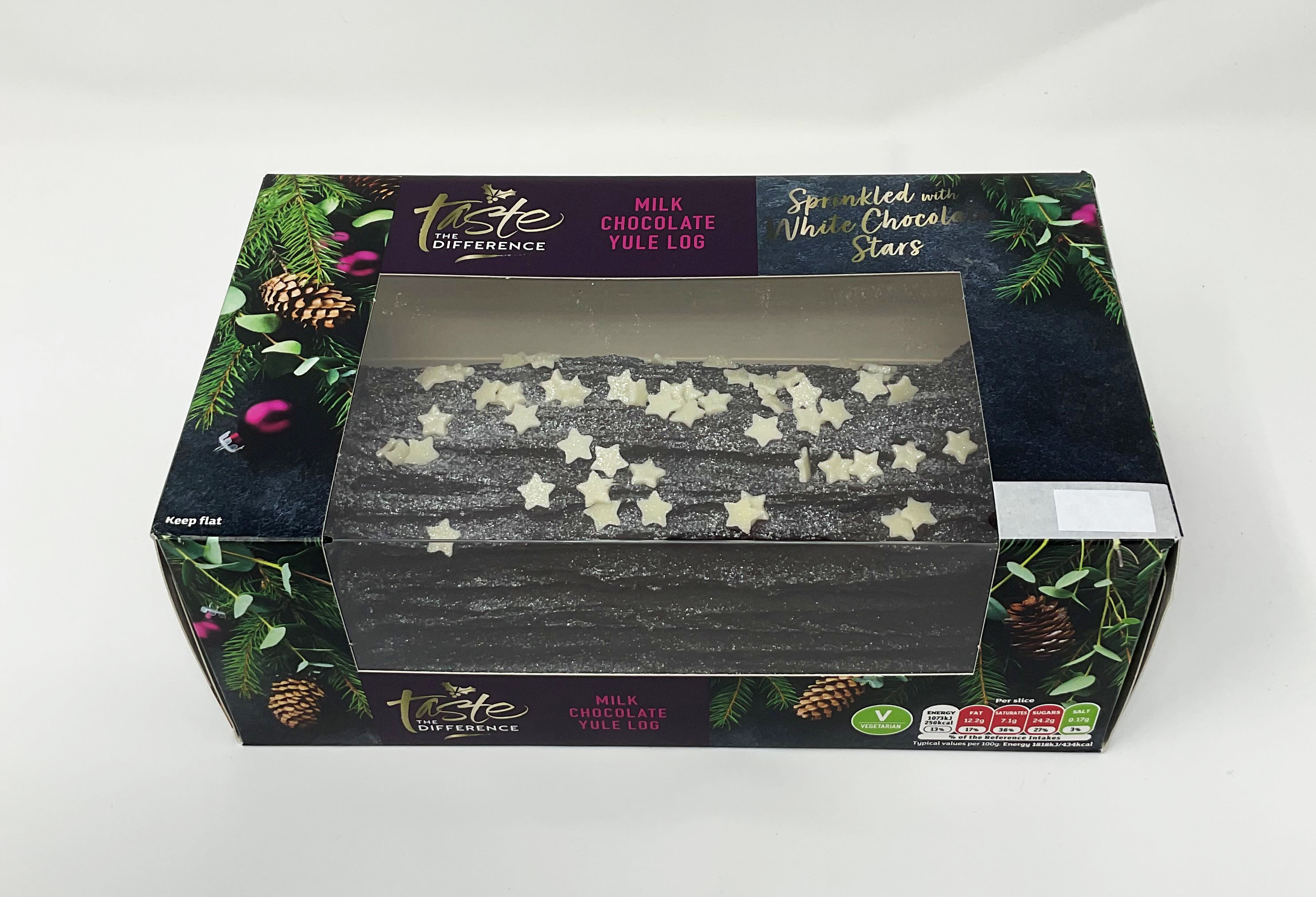 Sainsbury’s yule log is a bargain at £4 and came runner-up in its categoryCredit: Good Housekeeping

No Christmas would be complete without a mince pie or two (or three!), but you might have to stick to just one if you’re sampling Betty’s Classic Mince Pies.

Runner-up Morrisons The Best Mince Pies is a far more budget-friendly options at just £2 for a pack of six.

For the rival mince pies with a twist category, it was the M&S Sticky toffee PudPie was crowned winner with an incredible 94/100. A pack of four costs just £2 too.

For families looking for something a bit different for their Christmas dessert, the Tesco’s Finest Blackforest Christmas Pudding might be an options.

However, you could buy five of the £4 Sainsbury’s choccy treats for the same price as the £20 M&S version – though the latter is almost double the size.

Top of the Pops 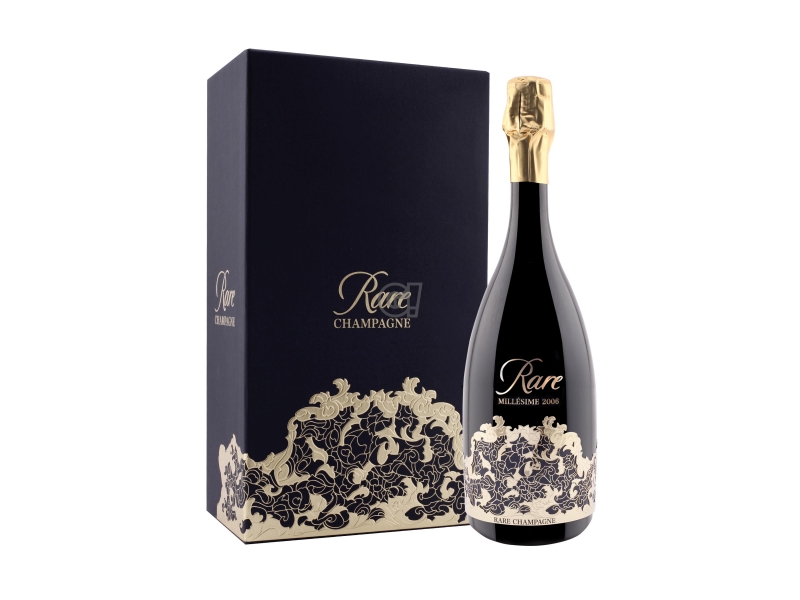 It might be £210 a bottle, but it didn’t quite make it to the winner’s spot in the champagne categoryCredit: Good Housekeeping 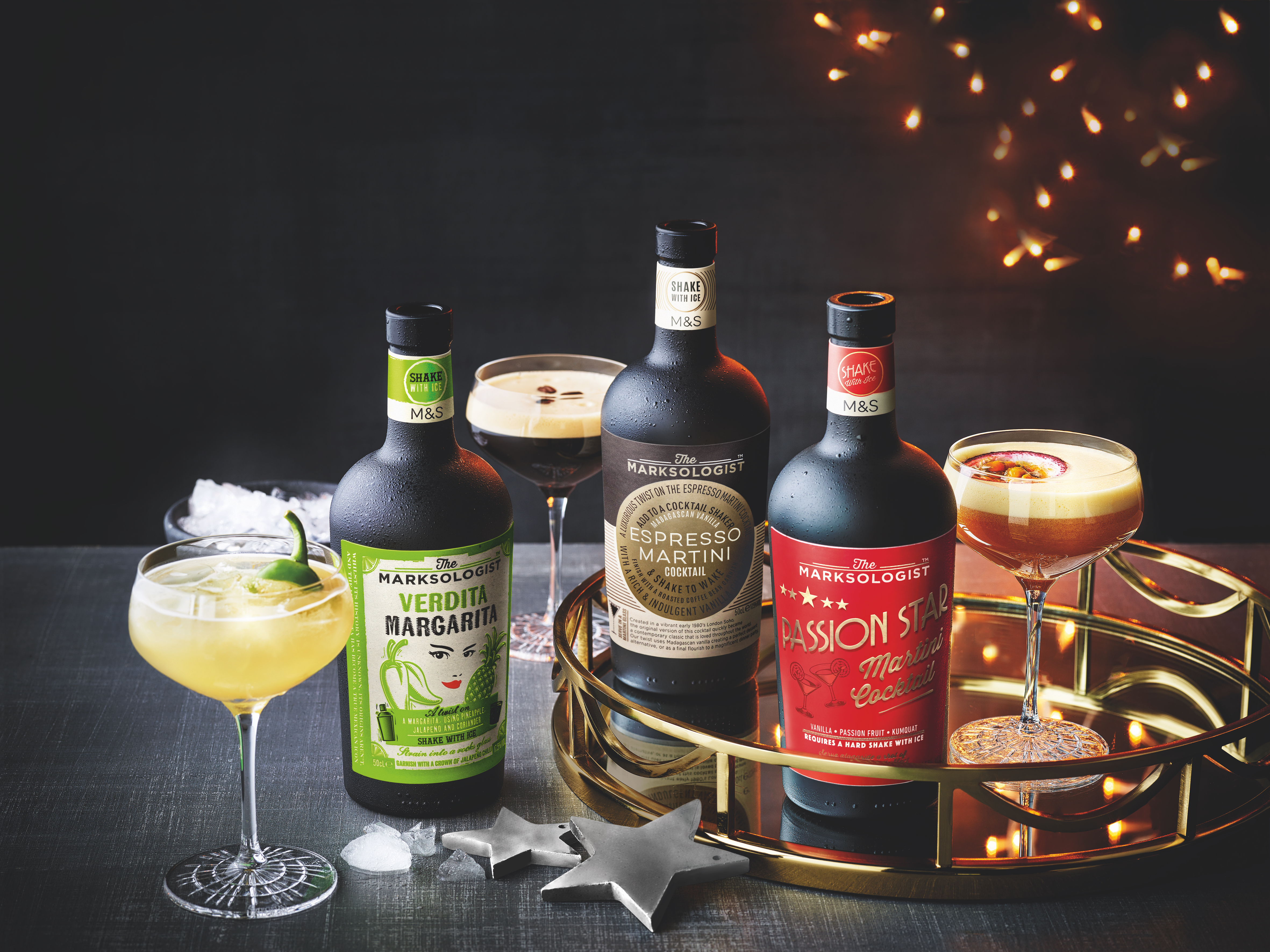 The Good Housekeeping taste testing team kept it fancy when it came to fizz, sampling the likes of Dom Perignon and RARE Champagne which cost £155 and £210 a bottle respectively.

The winner champers was Perrier Jouet Grand Brut, which is a more reasonable £35 and scored 82/100 – a treat if you’re pushing the boat out this Christmas.

For prosecco fans, it was Majestic’s La Gioiosa Prosecco DOC that took top spot at a reasonable price of £10 a bottle.

If you’re more of a cocktail fan, then the pre-bottled cocktails category might be worth a look.

M&S took top spot in the group with its Marksologist Madagascan Vanilla Espresso Martin Cocktail. The tipple is £18 for 500ml and scored 85/100.

It was closely followed by Harvey Nichols Mai Tai Cocktail, which scored 83/100 and is £6 for 125ml – not your traditional Christmas flavour but perhaps one for those dreaming of sunnier climes this holiday season.

The results will be welcome to those already prepping for December, like this mum who has already got her Christmas dinner in the freezer and this mum who finished buying all her gifts in September.

MINCE PIES WITH A TWIST (!4 TESTED) 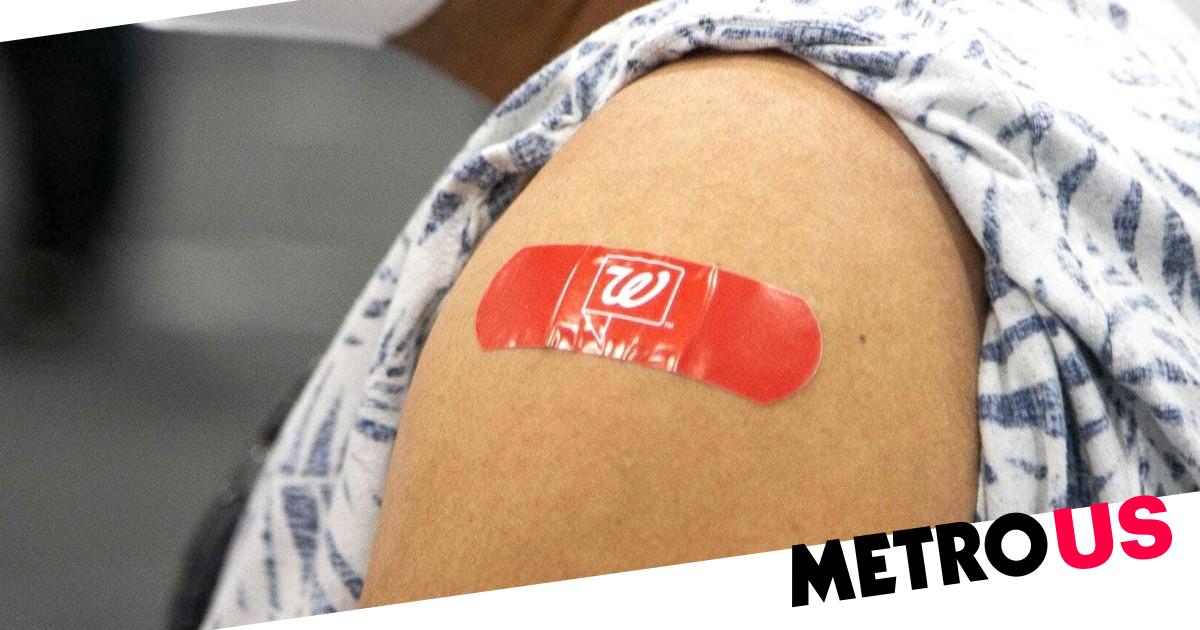 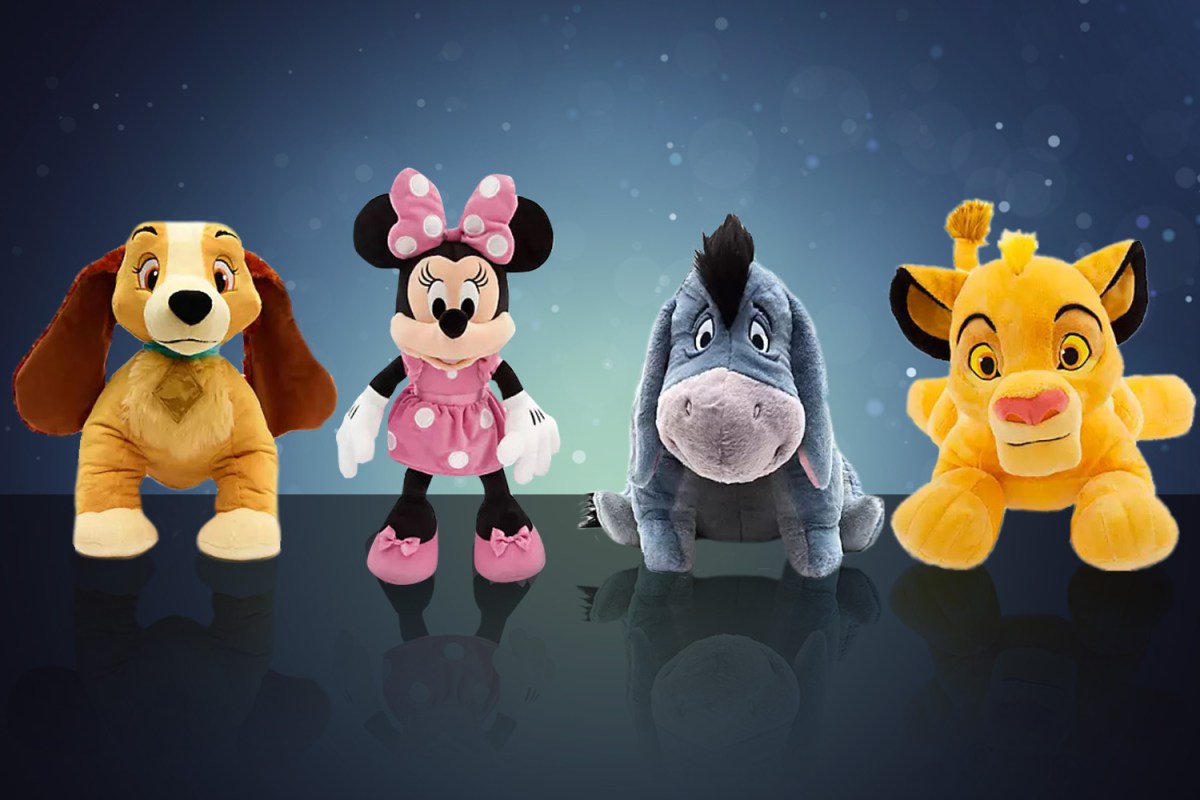 Disney has MASSIVE discounts on large soft toys with £25 off 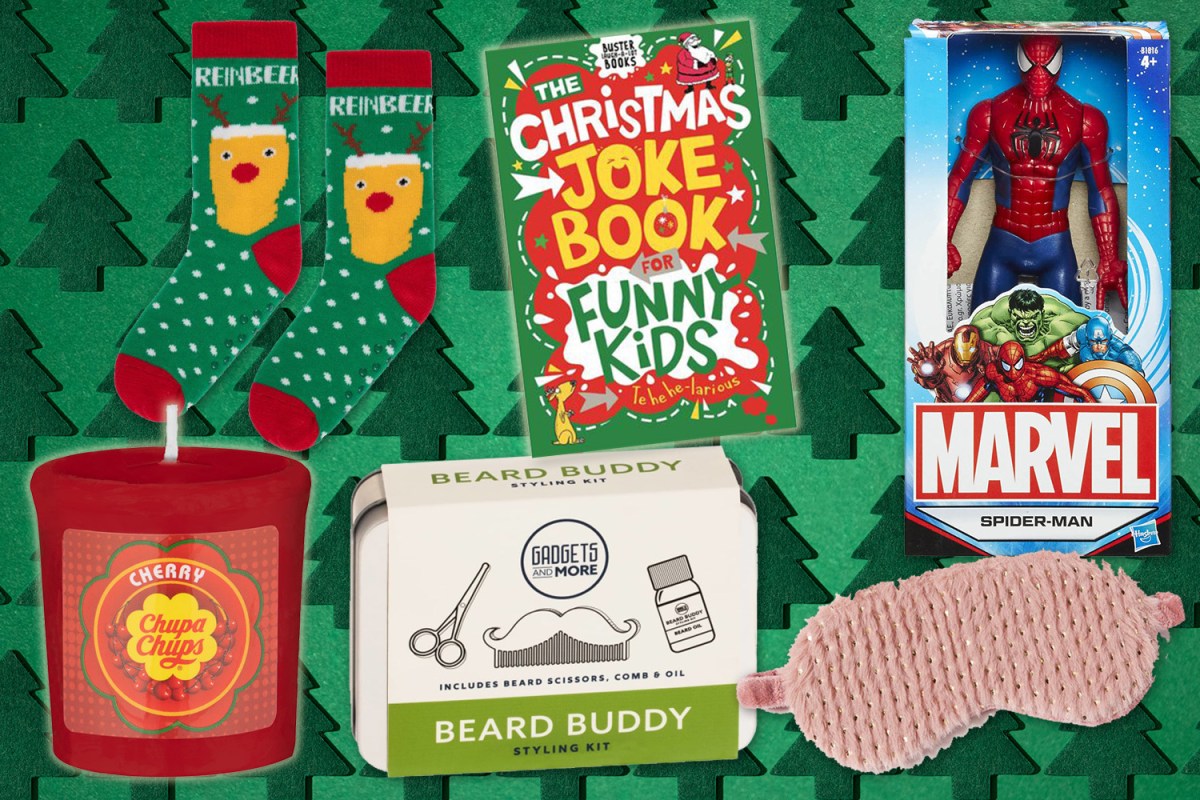 Best 50 stocking fillers for under £5 from B&M, Tesco and Next 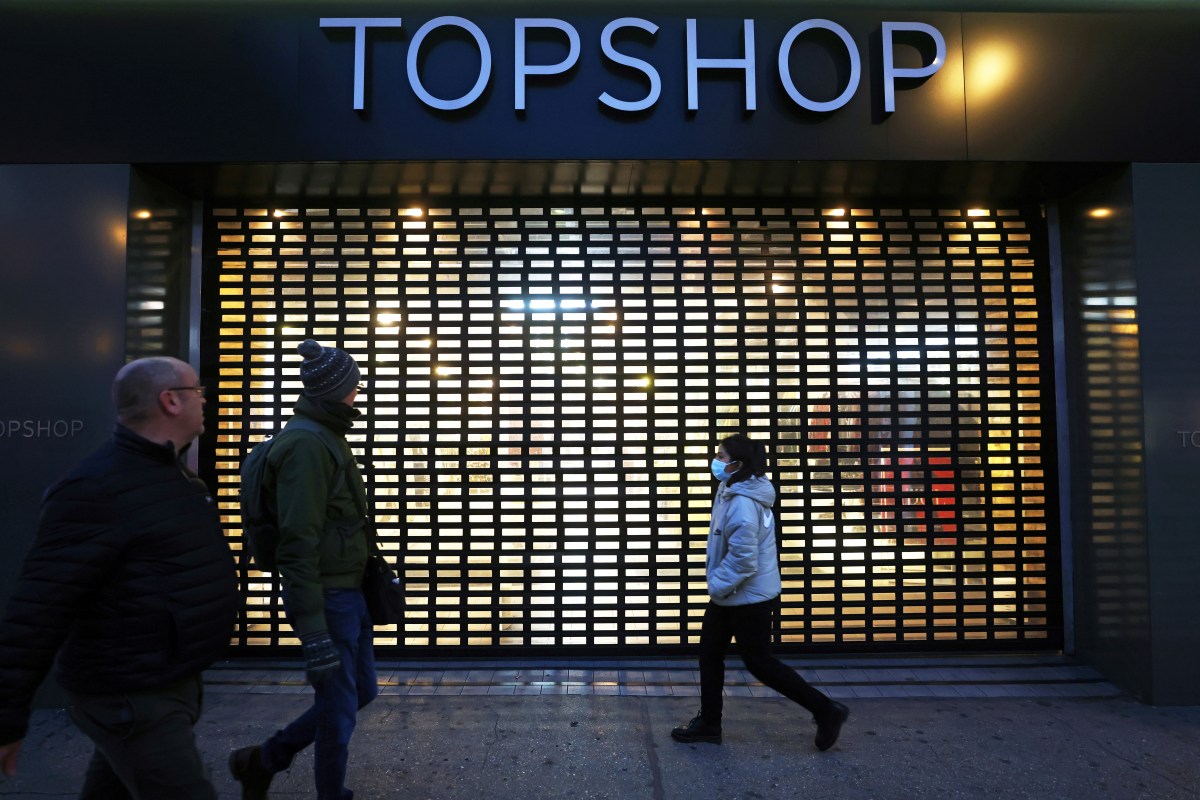 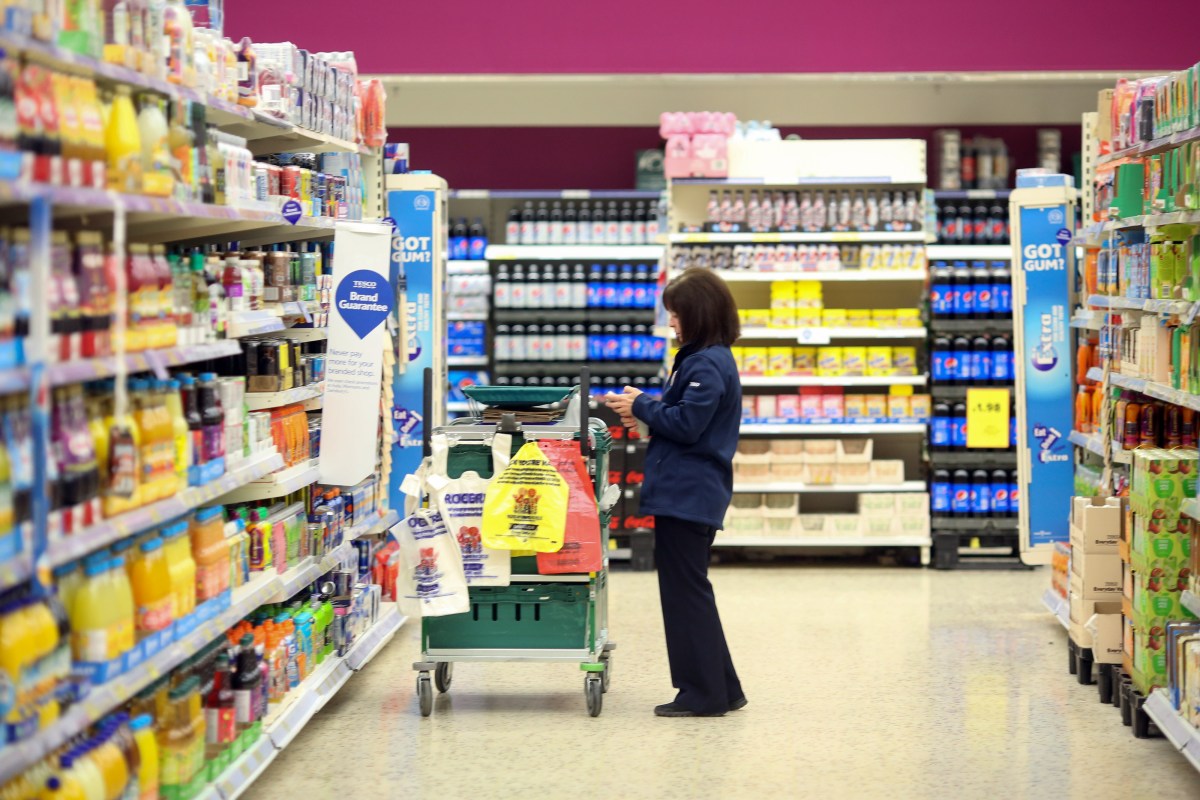 Four little-known hacks to get a Christmas supermarket delivery slot 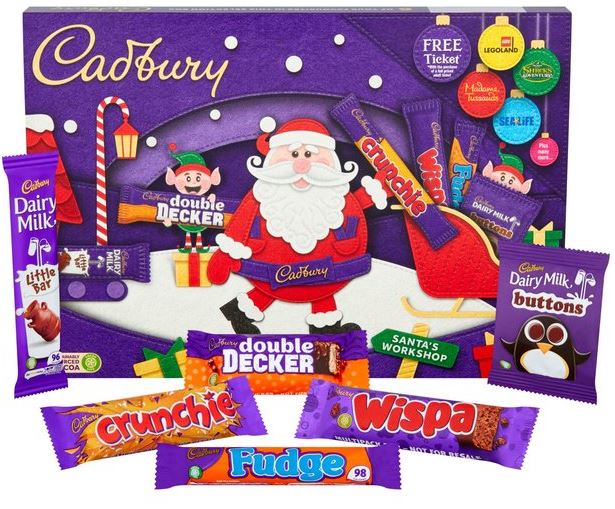 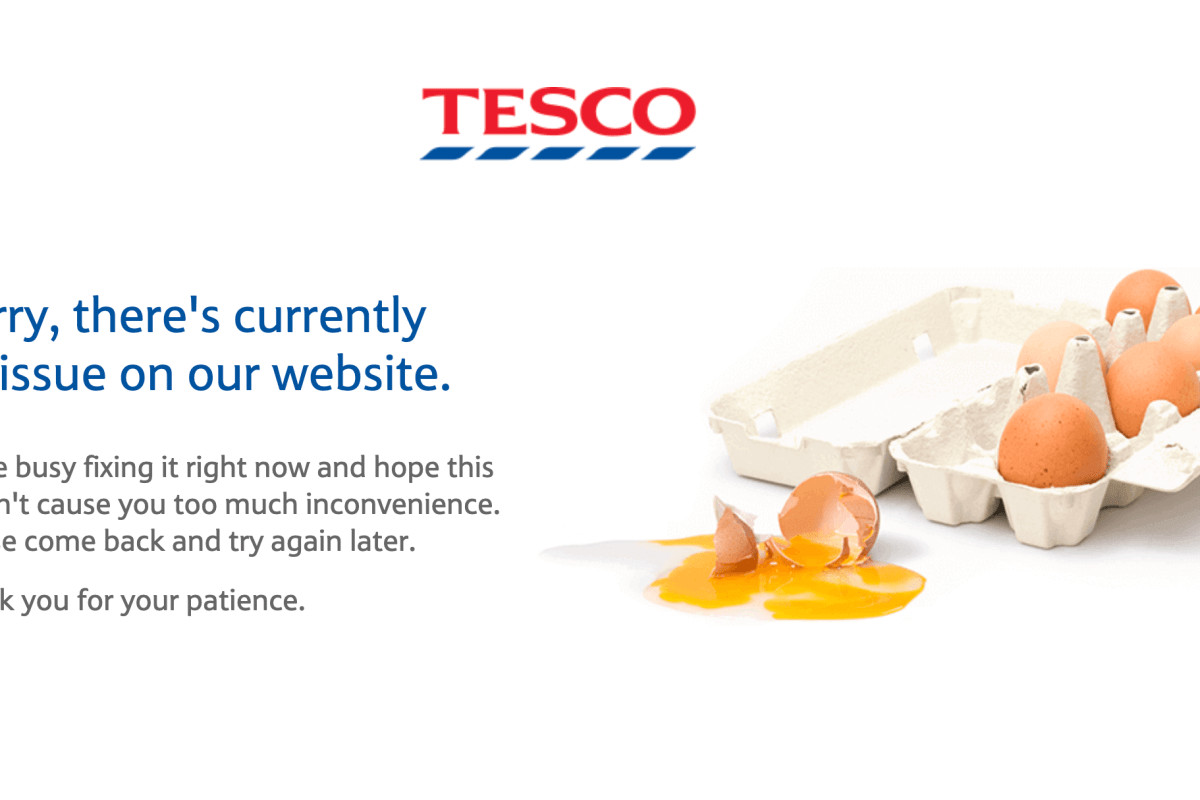 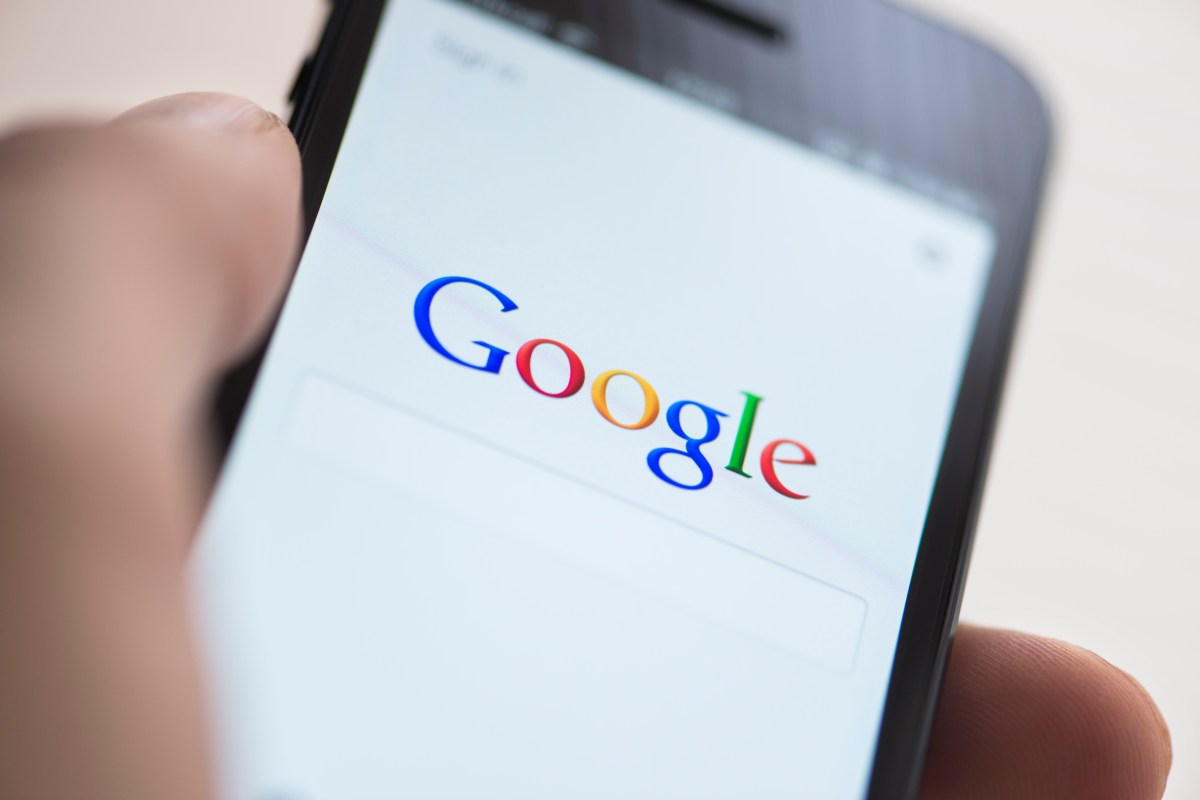 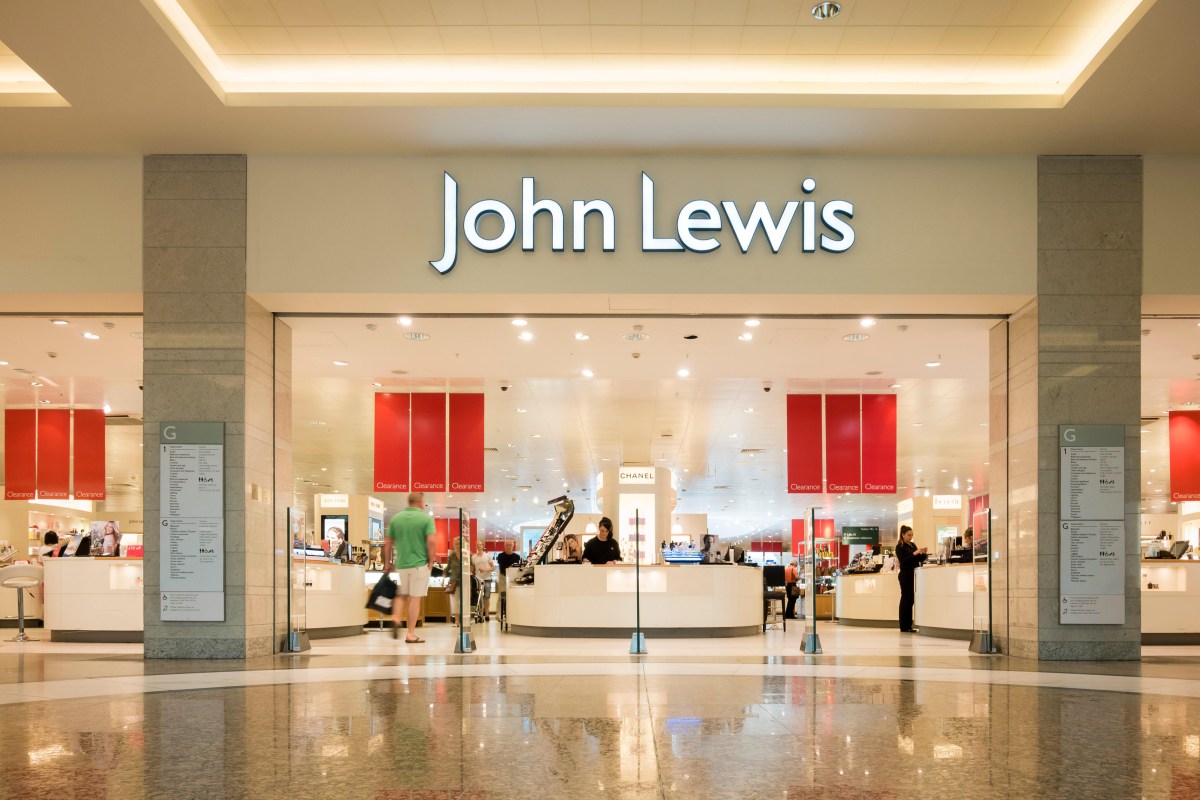