FURIOUS Sainsbury’s customers have been left unable to use their Nectar vouchers at the till following a tech error.

The supermarket’s Nectar card scheme sees shoppers get one point for every £1 they spend in store and online.

Sainsbury’s shoppers who cashed in on The Big Points Swap have been left unable to use their vouchers in some casesCredit: Getty

You can trade in your points for vouchers – one Nectar Card point is worth 0.5p.

In April, Sainsbury’s trialled an offer called The Big Points Swap, where you could trade in points for vouchers worth up to twice their monetary value. 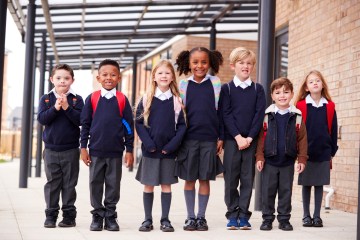 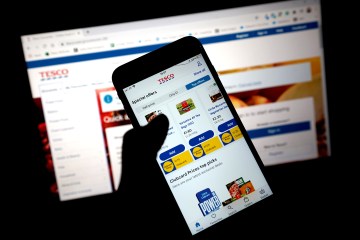 The Big Points Swap deal was offered to a “small number of customers”, Sainsbury’s said.

But some shoppers have been left unable to pay for their groceries at the till because the vouchers they received were not working.

Shopper Debbie Craig traded in 12,000 points for a £60 voucher, but said she has been chasing Sainsbury’s since April about her voucher issues.

“This has been an absolute shambles,” she told The Sun.

“I’ve spent weeks trying to sort this out and completely hitting a brick wall.”

The Sun has spotted other shoppers complaining of the same issues on social media.

One shopper fumed they were “very dissatisfied” after discovering their vouchers weren’t working.

They took to Twitter to complain, writing: “Can you explain why when I am going @sainsburys that my big points swap for £20 barcode isn’t scanning at the till?

Another customer tweeted there was a “big issue” with his vouchers as they “didn’t work at the till”.

Sainsbury’s said a systems issue was behind the voucher issues that affected a “small number” of shoppers.

It would not confirm how many shoppers were affected.

After The Sun stepped in to help reader Debbie, the supermarket sent her a working voucher she can use for her shopping.

A Nectar spokesperson said, “A brief systems issue meant that a small number of customers experienced issues retrieving the voucher on the Nectar app.

“We have been in touch with Debbie to explain this and apologise for any inconvenience this may have caused.

“On this occasion, we have also arranged a voucher for the full value that Debbie should have received.”

What to do if you have been affected

If you took part in the Big Points Swap and are having trouble with your vouchers, you should contact Nectar directly to complain.

It has a live chat section on its website that you can contact, or you can phone its customer service line on 0344 811 0811.

It also has a Twitter page that you can try contacting them on.

Chef José Pizarro on experiencing the best of Barcelona