POUNDLAND has brought back its popular £1 engagement rings, letting love birds pop the question on the cheap.

The bargain jewellery sparked a debate on social media in 2019, when they launched in time for Valentine’s Day. 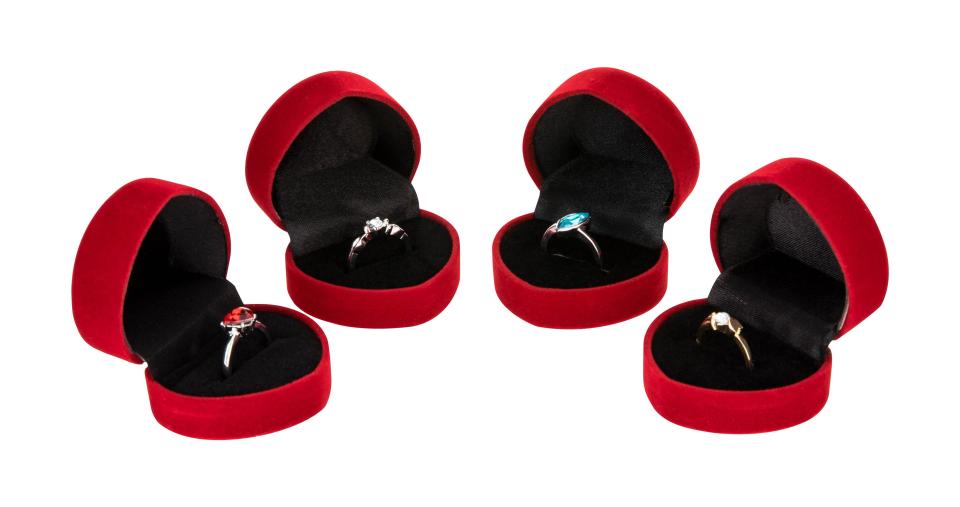 Poundland has brought back its popular engagement rings for £1Credit: PA:Press Association

The Bling Ring range is being marketed as a placeholder ring – which allow partners to pick their own engagement ring at a later date, while not missing out on the magical down-on-one-knee moment.

While some thought the cheap jewellery was a great idea, others disagreed and said you shouldn’t be able to pick your own engagement ring.

The £1 accessories are available in a variety of sizes and colours – including one with a silver band and blue stone.

Another has a gold band with a small diamond-looking gem in it, which is also available in silver. 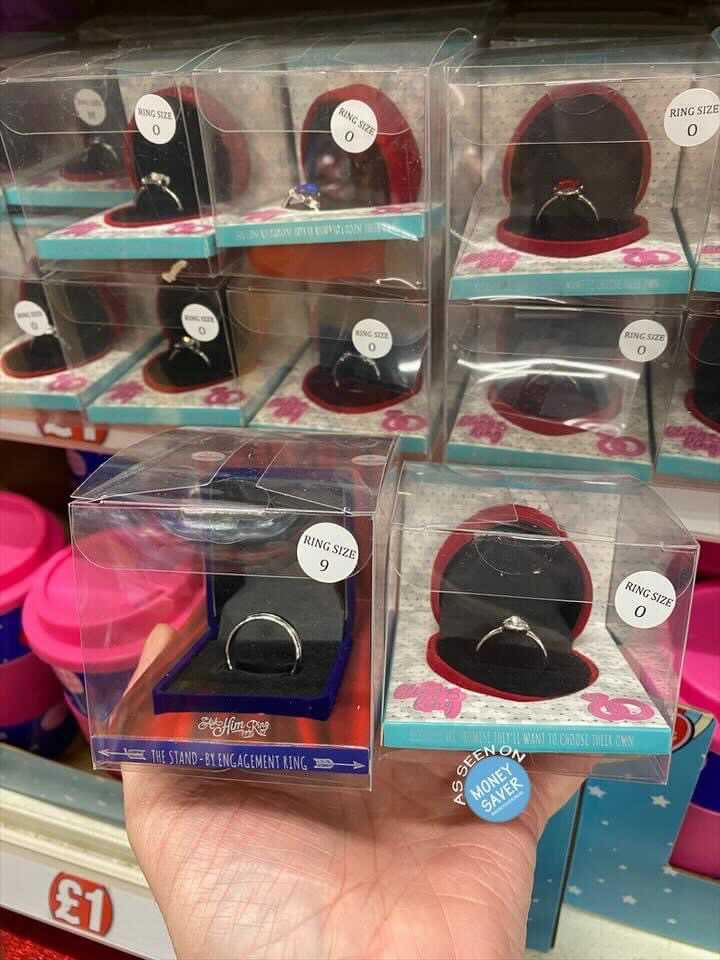 The rings were spotted by a Poundland shopper over the weekendCredit: Facebook/Money Saver Online

The rings are available in a number of sizes in all Poundland stores Credit: PA:Press Association

The rings are now back in stores, where they were first spotted over the weekend by Facebook page Money Saver Online.

One user said: “I wanted some cheap rings to wear as I’m losing weight and an investment would be bad. This is a great idea!”

While another added: “Seriously… if I loved him and he loved me… then I’d wear it with pride.

“True love isn’t defined by how much a ring is worth.”

However, others weren’t as positive with one user saying: “The answer would be no.”

While another added: “What a load of rubbish if some one gave one of that cheap rubbish to me they would be on their bike.

“Because they obviously couldn’t afford a car.”

The bargain rings are available to buy today from all Poundland stores across the UK.

The retailer’s stores remain open during lockdown in England, Scotland and Wales, but make sure you only pop in if you’re also buying essentials.

Poundland has roughly 800 stores across the UK. You can find your nearest one by using its shop locator tool.

A spokesperson for the retailer said: “Popping the question with a Poundland placeholder ring has become a thing.

“And with us likely to be still locked down this Valentines, we reckon it’ll help bridge the gap until couples can visit the jeweller.”

Poundland has closed 44 shops temporarily due to the third coronavirus lockdown in England.

Meanwhile, organised mums reckon Poundland has won 2021 already with a spice rack they’re using to store everything from food to make-up.