MARKS & Spencer is doing a Mother’s Day dine in deal for £20 so you can treat your mum to some posh grub at home.

As part of the offer, you choose one Sunday roast main, three sides and a dessert. 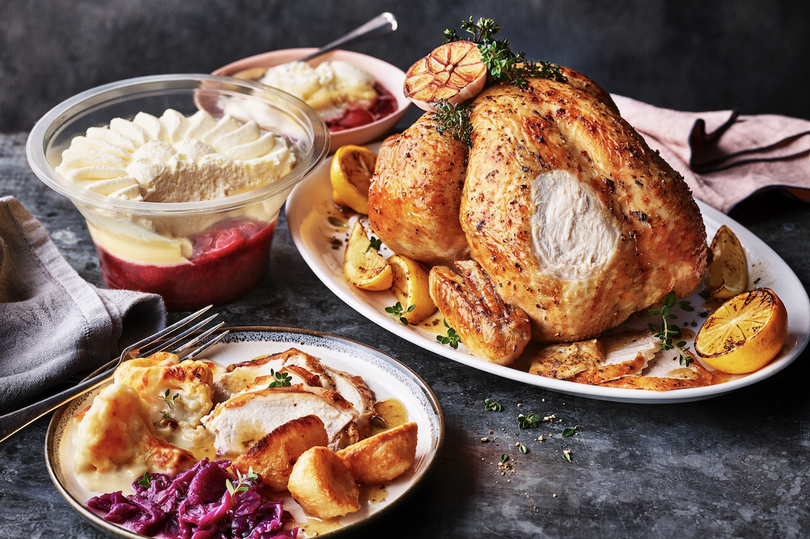 The mains from M&S include classics such as chicken, beef, pork and lamb, plus a veggie options of a “chickenless” joint.

For sides, you can choose between options like beef dripping roast potatoes, cauliflower cheese and pigs and blankets.

You can then finish off your meal by picking from desserts such as New York style cheesecake, sticky toffee pudding and apple pie.

If you’re tempted, you can see the full menu from the Mother’s Day dine in selection in the box below.

What’s included in the M&S Mother’s Day £20 dine in deal?

CHOOSE one main, three sides and a dessert for £20 through the Marks and Spencer Mother’s Day dine in deal.

The dine in deal is available in stores now until tomorrow, March 14, which is when Mother’s Day is.

We’re checking with M&S if you can order this selection through Ocado too, and we’ll update this article when we know more.

However, when we looked online today, it didn’t appear that Ocado had everything from the dine in deal.

It also isn’t clear if your food would arrive in time for tomorrow if you ordered today.

As we can’t see all the prices online, it’s hard to say how much you can save through the Mother’s Day offer.

Again, we’ve asked M&S for clarification about the maximum saving and we’ll be updating this article.

In the meantime, we have found cheaper dine in deals out there if you’re looking to spend less, depending on how many people you’re catering for.

For example, Morrisons has just launched a £12 meal that’s designed for two people, including a main, side, dessert and drink.

The mains aren’t specific to a roast dinner, instead options include lasagne, steak and stuffed chicken.

It may also pay you to to shop for products individually in cheaper supermarkets.

You can also pick up bags of carrots from 40p, frozen peas from 55p, cauliflower from 79p and potatoes from 94p from the discounter.

We explain all you’re allowed to do this Mother’s Day and the coronavirus restrictions you need to be aware of.

Stuck for a gift? We’ve rounded up six ideas for next day delivery on flowers and presents.

Where can I still get next-day delivery on flowers?