M&S has brought back its popular ‘Yumnuts’ with an extra special Valentine’s Day twist.

The new, cheekily named ‘Love Nut Yumnuts’ are glazed it with smooth white chocolate icing and topped it with pink icing stripes. 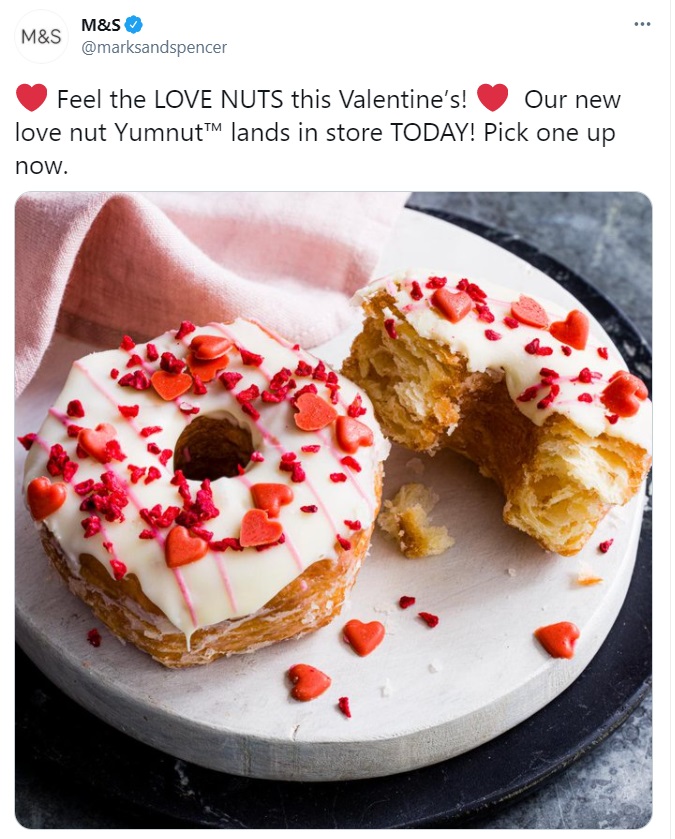 The lovechild of a yum yum and a doughnut, the Yumnuts are the ultimate sweet, buttery, flaky sweet treats.

They’re made using a unique, butter-enriched recipe, rested for a minimum of 12 hours, then fried, covered in a sweet sugar glaze and finished with a variety of indulgent toppings.

The pastries are available in stores now, but unfortunately you can’t order them online through Ocado.

M&S has not yet released the cost of the sweet treats, but its festive version ‘Santa’s Yumnuts’ cost £1.50 in stores. We have asked whether the Valentine’s versions will cost the same and will update this article when we know more.

Shoppers were left in hysterics after the Christmas campaign around Santa’s Yumnuts, and this time is no different. 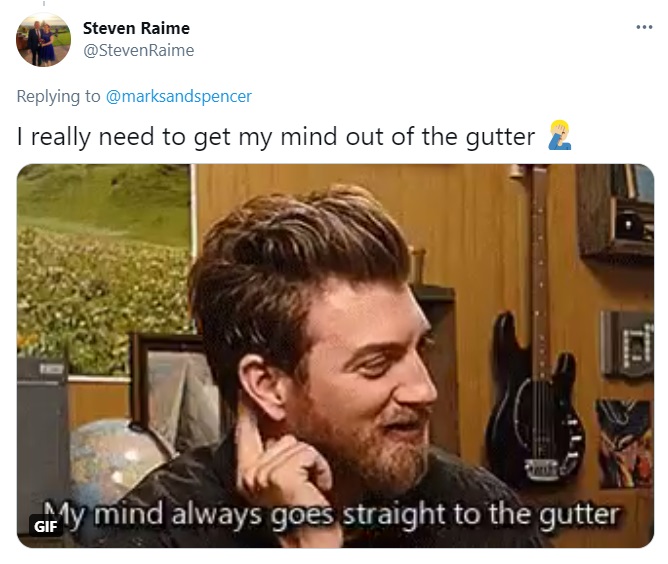 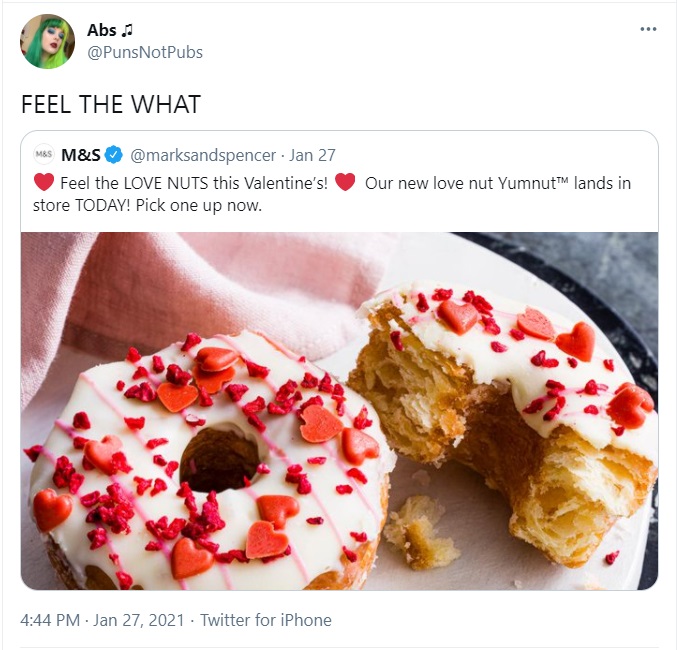 Shoppers have been commenting on the raunchy campaign on Twitter

M&S launched its risqué campaign on Twitter with: “Feel the LOVE NUTS this Valentine’s!”

Lots of people were excited about the new bakery offerings, but plenty were in stiches over the naughty name and marketing tagline.

Steven tweeted: “I really need to get my mind out of the gutter” with the face palm emoji.

Abs added: “FEEL THE WHAT”

And Chris said: “This is intentional trolling at this point, right? “Ooh, we’re M&S, we’re so fancy, INSERT OUR LOVE NUTS INTO YOUR MOUTH””

What time is Dancing On Ice tonight and who will be performing this week?