MORRISONS shoppers are threatening to boycott the supermarket over changes to its More loyalty scheme.

At the moment, customers who are signed up to the Morrisons More programme build up points which can be turned into vouchers. 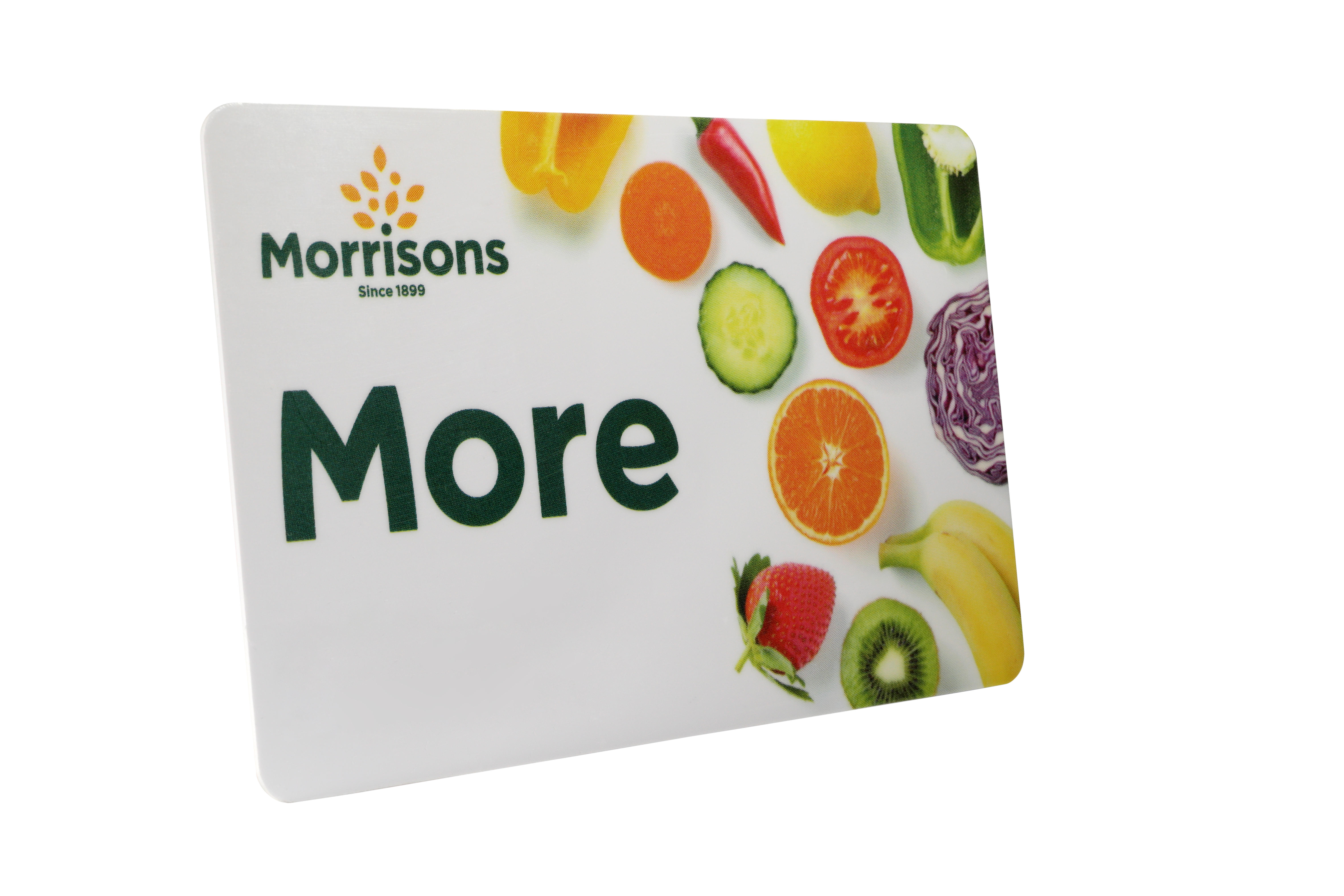 These vouchers can then be used to get money off future shops at Morrisons.

But from May 10, customers will no longer be able to collect points – and will instead receive digital coupons.

The supermarket will also stop producing the plastic version of its card from Monday, in favour of a digital version only on its Morrisons More app.

It means you won’t get the card replaced if you lose yours or damage it.

Supermarket loyalty schemes – which has one?

MOST UK supermarkets have loyalty schemes so customers can build up points and save money while they shop.

Shoppers currently get five points for every £1 spent, and you’ll get a £5 voucher to spend at Morrisons for every 5,000 points you accumulate.

Any points on your account after the changes to the scheme are made will remain valid until August 9, 2021.

However, as you can only get vouchers in multiples of £5 from Morrisons, any remaining points that can’t be rounded up to this amount will be lost.

Shoppers have vented about the changes on Twitter recently, with some saying they’ll start buying groceries elsewhere.

One customer said: “@Morrisons not happy you’re scrapping your more rewards so I’m scrapping you and taking my business elsewhere!

“My parents don’t have smartphones and are being discriminated against in favour for a younger generation.”

And a second added: “Don’t agree with @Morrisons doing away with the Morrisons More loyalty cards and have them replaced with a tacky app.”

“Just another example of smartphones taking over people’s lives…”

While a third shopper tweeted: “I don’t care for using apps so I probably won’t bother anymore.” 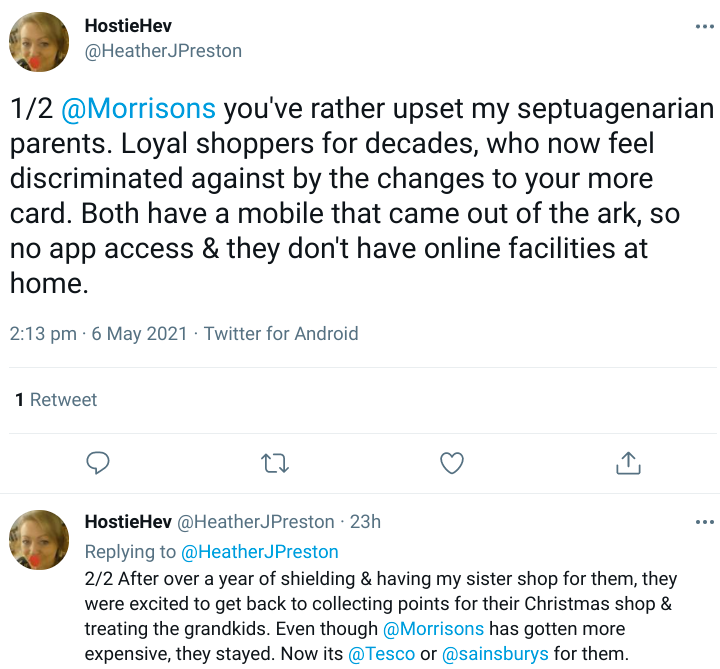 And a fourth said: “@Morrisons you’ve rather upset my septuagenarian parents.

“Loyal shoppers for decades, who now feel discriminated against by the changes to your more card.

“Even though @Morrisons has gotten more expensive, they stayed. Now it’s
@Tesco or @sainsburys for them.”

While a fifth said as the changes were announced in March: “@Morrisons just heard about the new more loyalty scheme… Guess I’ll be getting my petrol and shopping from Tesco as of May.

“Wonder how many other customers you will lose because if this!”

A Morrisons spokesperson told The Sun the points based scheme is being replaced with a money off and instant rewards programme.

This will offer new services such as personalised offers and “the opportunity to give back to the community”.

They added: “A key feature of the new service is that all savings will be communicated in pounds and will be available to spend immediately so customers will no longer need to save up their points or wait for vouchers.

“We got in touch with our customers a few weeks ago so that they were made aware of the changes and could redeem their existing More Points before they expire.”

M&S has also recently changed its loyalty scheme so that customers get instant rewards, instead of collecting points.

If you’re after more money saving advice, check out how to stretch your pounds further on your lunch break.