KFC fans can get half price Fillet Tower burger meals from today as part of a January sale. 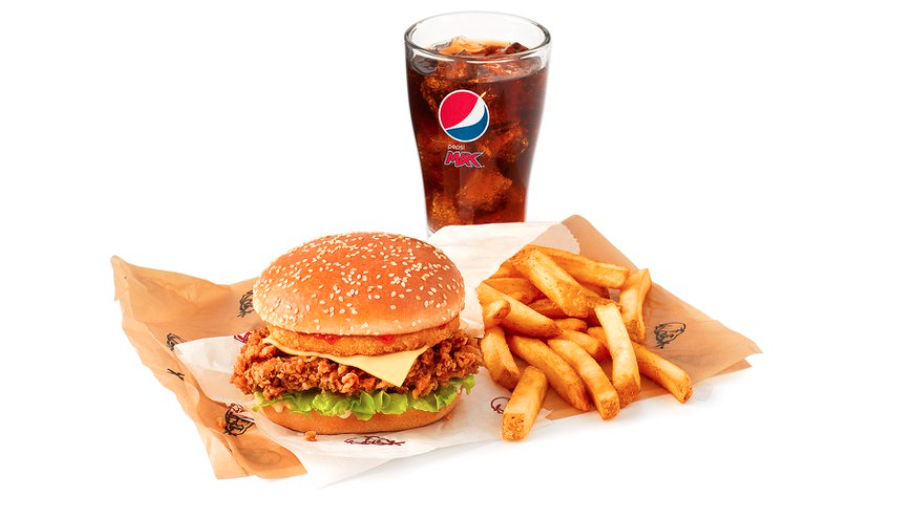 It’s part of a 50% off January sale, which was first launched by KFC earlier this month.

As you’re paying for a meal, you’ll get regular fries and a drink too.

Or if you fancy something spicy, the Zinger Tower burger meal has also been reduced by 50%.

What can you get for half price in the KFC January sale?

WE’VE rounded up what you can get for half price in KFC’s January deal:

From January 4 until the 10, you could have got:

It’s essentially the same as the Fillet Tower, but the Zinger equivalent has a spicy coating on the chicken and a fiery salsa sauce.

However, you should note that prices do vary between stores – although you’ll still pay half the normal price.

You’ll also want to keep in mind that the Fillet Tower Burger packs 620 calories, while it’s 595 for the Zinger.

To get the deal, which is valid until January 17, you’ll need to download the KFC app.

The app is free to download from the App Store and Google Play.

After you’ve signed up, which is also free to do, you’ll see the 50% Fillet Tower and Zinger Tower deals under the “offers and rewards” section of the app.

To use the offers, show your app so staff can scan the code at stores and drive-thrus.

It isn’t applicable on delivery orders.

The KFC January sale has seen other meals discounted too. For example, from January 4 to January 10, you could get a Twister Fillet Wrap or Zinger Fillet Wrap for just £2 instead of £4 each.

The deal will change again on January 18, according to hotukdeals, where you’ll be able to get a regular popcorn meal for £2.14 instead of £4.29 until January 24.

We’ve asked KFC to verify the later deals and we’ll update this article when we get a response.

Plus, here’s how to make your own McDonald’s, Greggs, KFC and Nando’s at home.

How to get free hot chicken wings from KFC just by downloading the app.

8 Simple Ways To Be Mindful At Work For Better Focus