Inside Popeye’s first UK restaurant as we try the menu

THE mouthwatering smell of fried chicken wafted across Westfield’s food court as I arrived to get a sneak peek at Popeye’s first UK restaurant.

The US fast food chain is landing in the UK on Saturday, November 20 and I got a first look before the official opening.

Chicken lovers can treat themselves to a feast at Popeye’sCredit: Peter Jordan 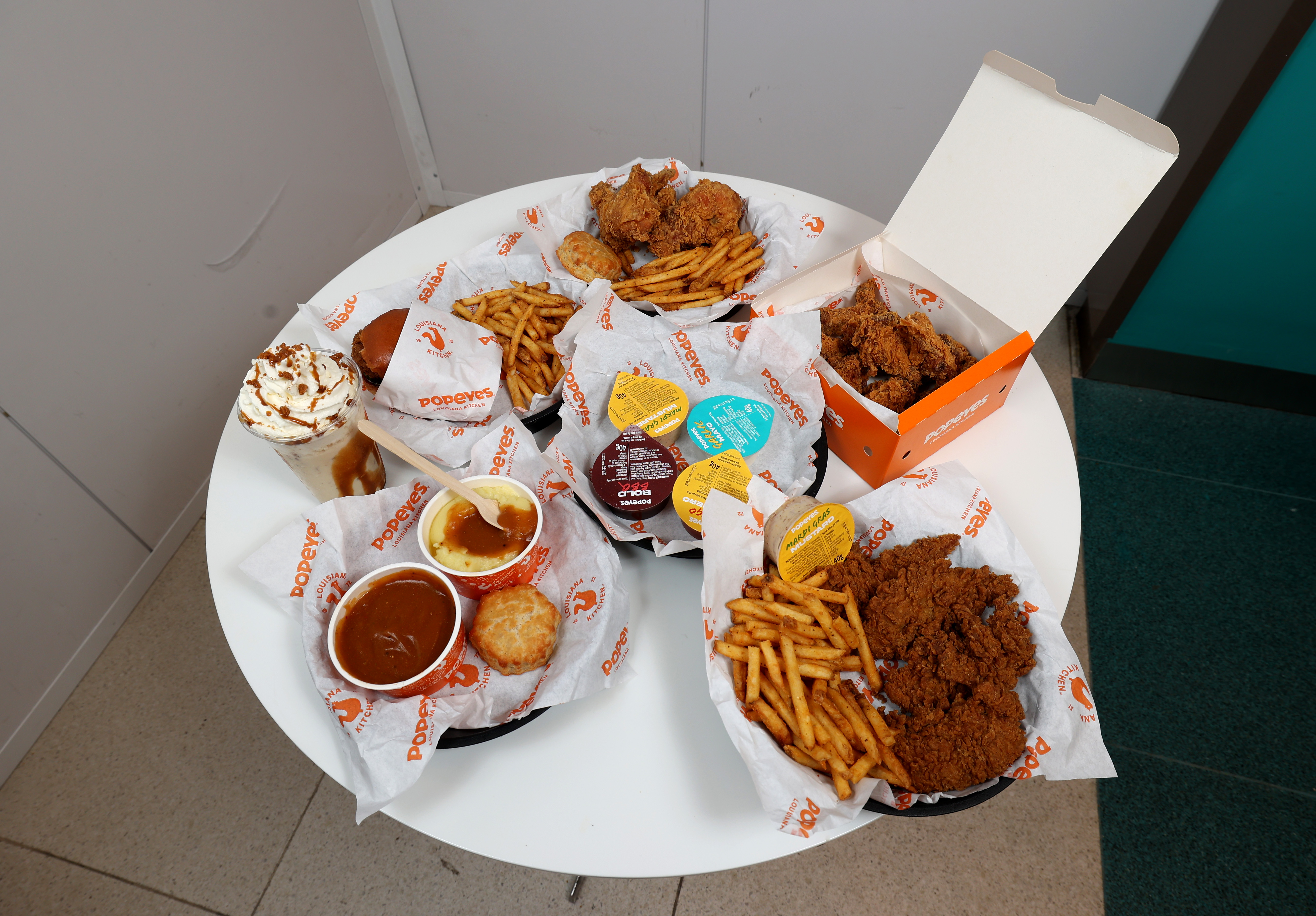 Choose from wings, chicken pieces, and a burgerCredit: Peter Jordan

The restaurant was days away from opening when I popped in, but the fryers had already been fired up.

Behind the hoarding excitedly announcing Popeye’s arrival in the UK, the team were hard at work rustling up some Louisiana fried chicken in east London.

I kicked off with the Popeye’s chicken sandwich, which is the most popular menu item in the US after it launched in 2019.

It’s a simple recipe – just a piece of fried chicken in a bun with a generous dollop of mayonnaise and two pickles.

Less is more in this situation though, as the soft bun, crispy skin, juicy chicken and sharp slithers of pickle are more than enough on their own.

I also tried some of the chicken tenders – a boneless option – and sampled a chicken piece meal.

For both, I was pleasantly surprised by the quality of the chicken – it was really juicy and the crunchy coating stayed crispy rather than becoming greasy.

Also on the tasting menu was a portion of wings to nibble on, with the same tasty coating and plenty of meat on the bones.

The flavour of the chicken is the same across the menu, but you can mix things up with a range of sauces – and it’s not just your standard ketchup and mayo.

They include Mardi Gras mustard, BBQ, mango habanero, ranch and “Hottie Sauce” – which is so spicy it really lives up to its name.

Luckily Popeyes doesn’t fall short on the chips, either, which were the ideal combination of soft inside and crispy outside.

Finally, I just had to sample the biscuit and gravy, which is a Louisiana dish that could confuse Brits.

Instead of a sweet biscuit, what you get is more like a savoury scone.

On it’s own it’s nothing special – although I was glad it wasn’t dry – but it’s a great way to soak up the flavour of the warm, spicy gravy.

In my opinion, the food is a step above already established chains like KFC and in a different league to the cheap and cheerful chicken shops that dot UK high streets.

Popeye’s was founded in New Orleans in 1972 and has 3,400 restaurants across 25 countries.

For now, the Stratford store is Popeye’s only UK branch, but the chain is eyeing rapid expansion across the UK.

Other London sites will be first in line, with Camden and Croydon among the locations currently being assessed.

But then Popeye’s plans to target all the big UK cities, including Manchester, Birmingham, Liverpool and Edinburgh.

So hopefully it won’t be long until you can try this quality fast food for yourself – I know I’ll be back soon. 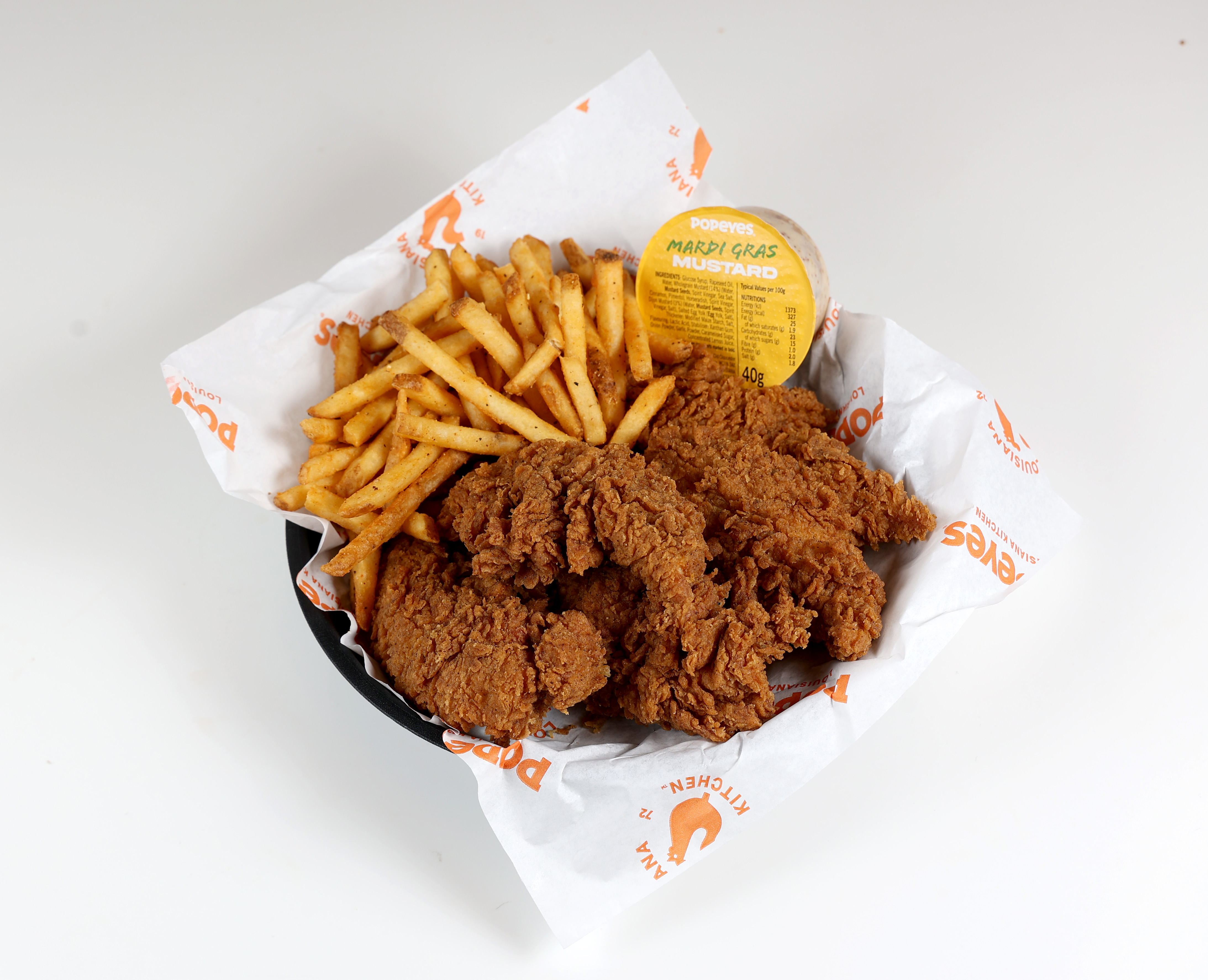 The tender meal comes with pieces of boneless chicken with friesCredit: Peter Jordan 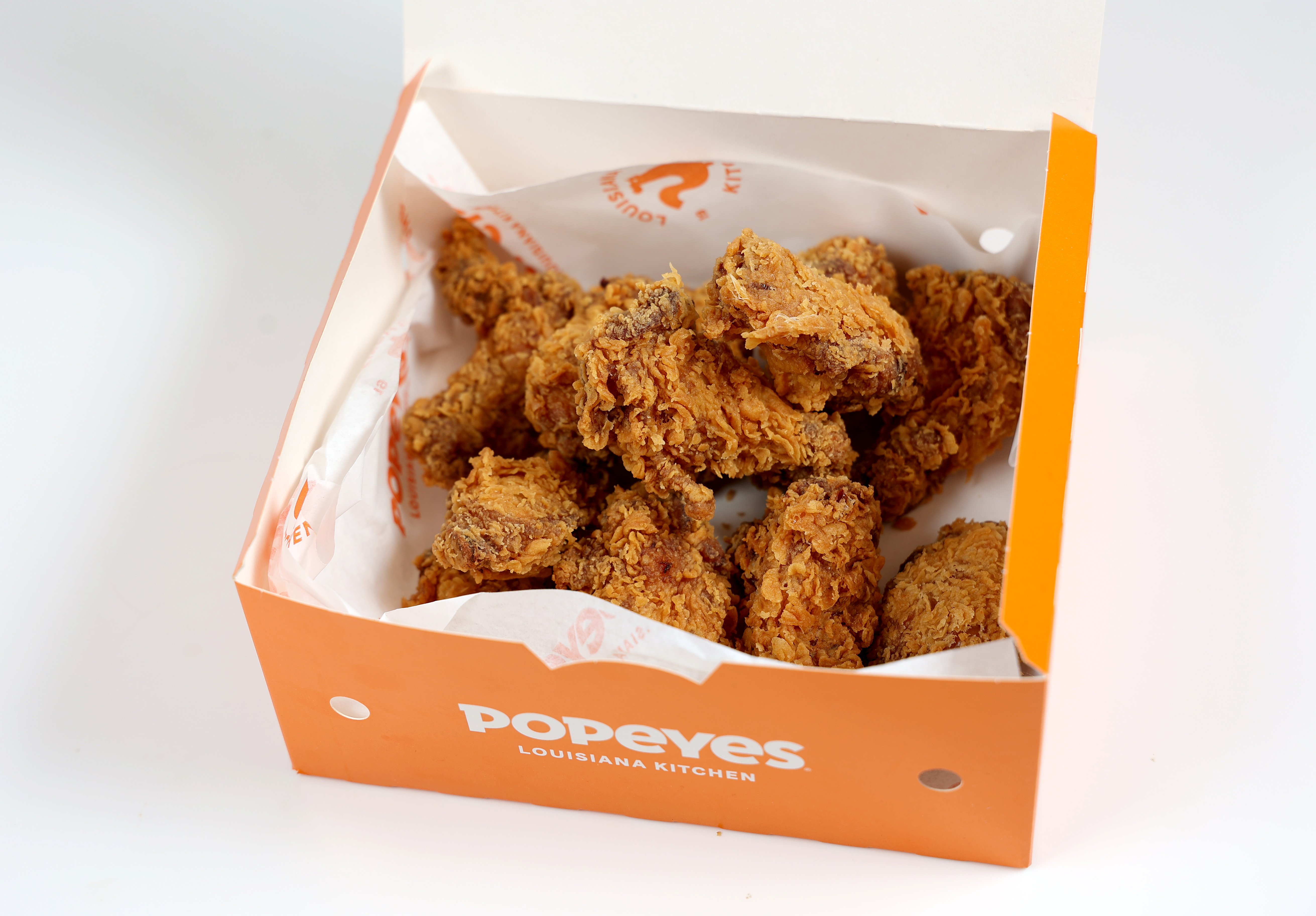 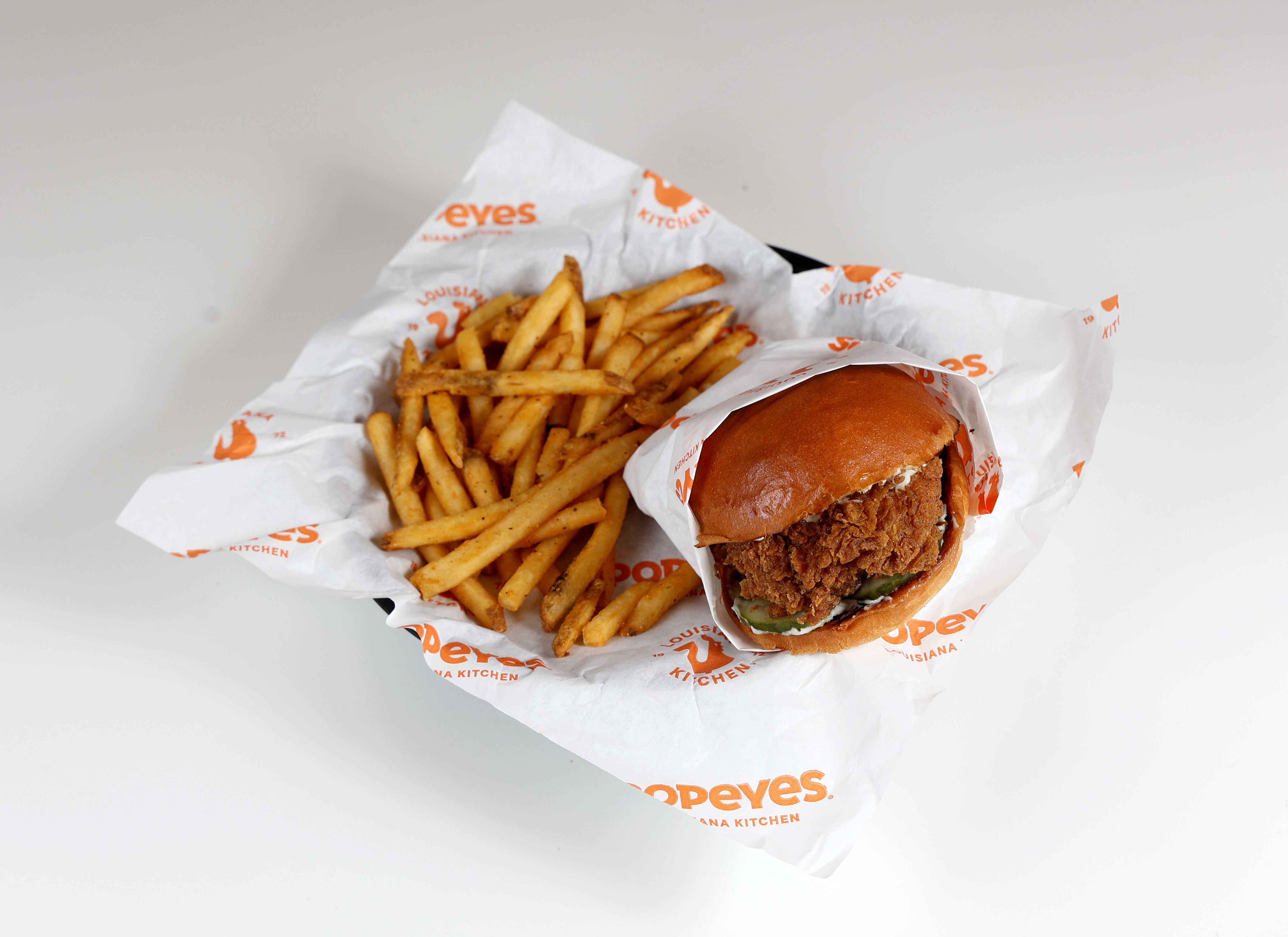 The chicken sandwich is the must-try Popeyes optionCredit: Peter Jordan 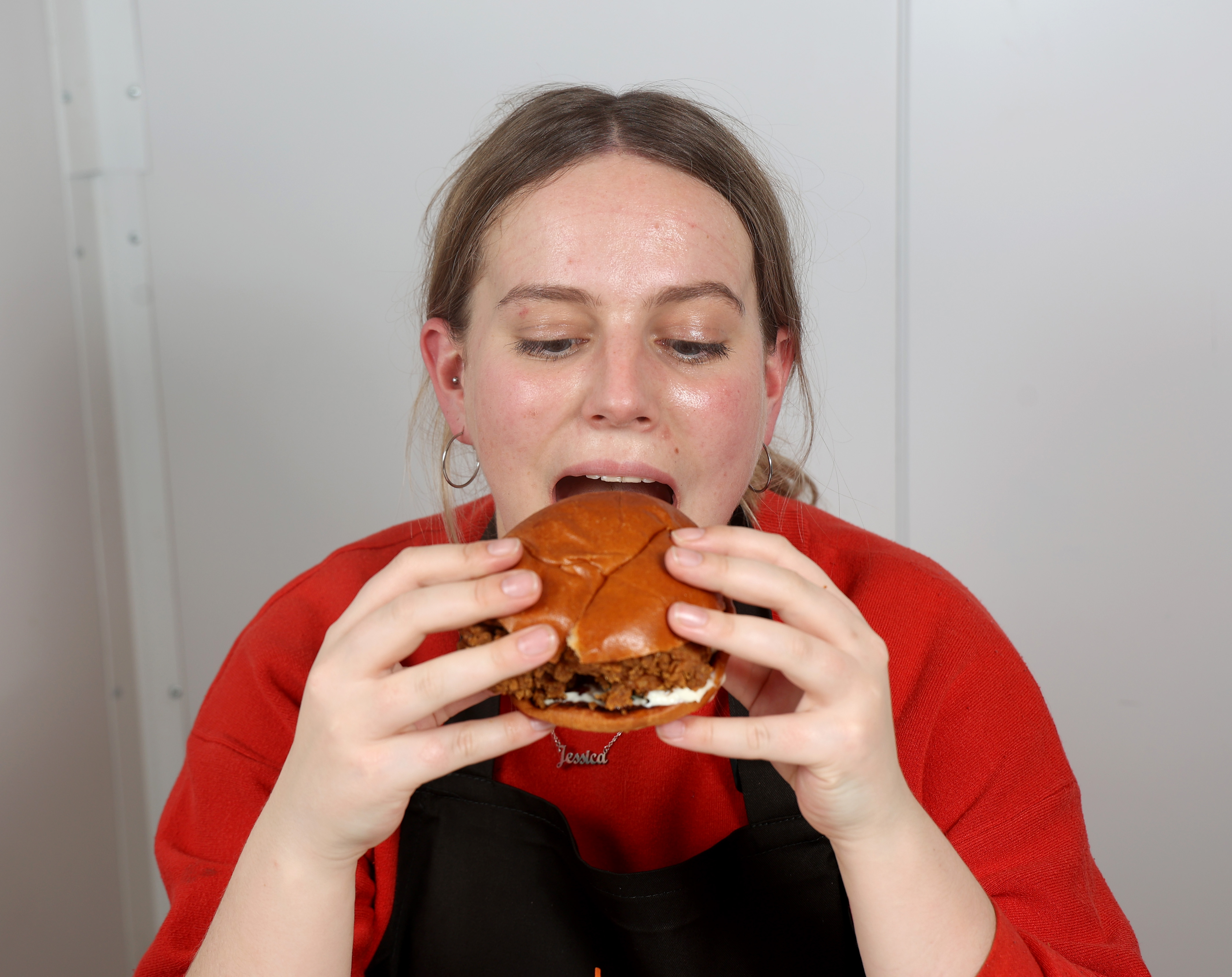 The burger is simple but tastes greatCredit: Peter Jordan