PIZZA lovers can get their fix for less at Papa John’s this weekend – but you have to spend at least £20 or more to get the discount.

The deal is valid until the end of Sunday (February 28) and is being advertised under the offers section of the Papa John’s website. 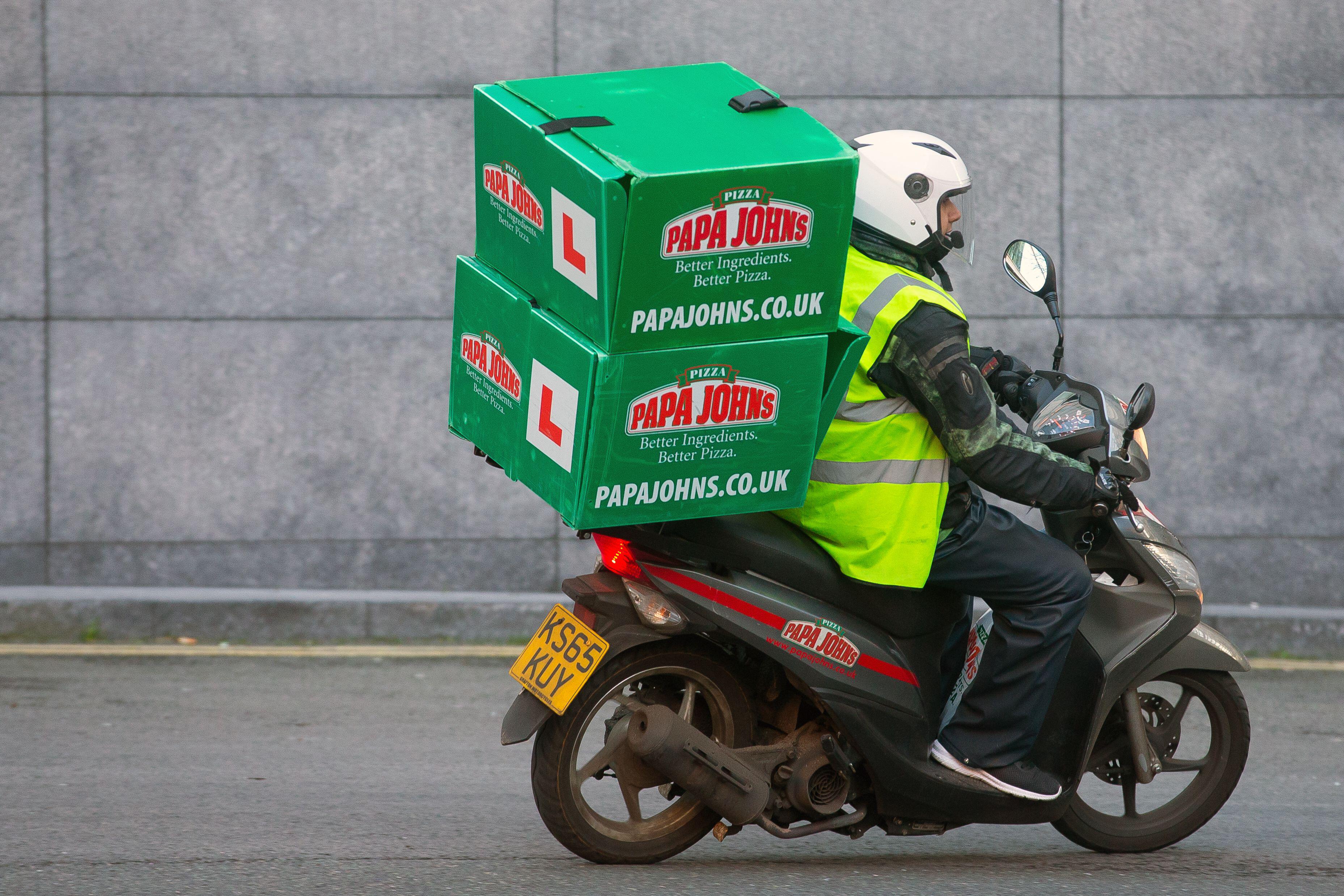 You can get 50% off your pizza if you spend £20 or more at the popular pizza chainCredit: Alamy

To get the deal, simply add £20 worth of pizza into your basket, and the voucher – 50OFF20P – will automatically be added.

You can also add this code manually before checking out and paying.

To do this, enter the code into the box which says “Got a Promo Code? Enter it here”.

How to save money on pizza

TAKEAWAY pizzas taste great but they can hit you hard on your wallet. Here are some tips on how to save on pizza:

Cashback websites – TopCashback and Quidco will pay you to order your pizza through them. They’re paid by retailers for every click that comes to their website from the cashback site, which eventually trickles down to you. So you’ll get cashback on orders placed through them.

Discount codes – Check sites like VoucherCodes for any discount codes you can use to get money off your order.

Make you own topping – One savvy customer noticed that Domino’s charges up to 70p MORE for pizzas on it’s menu compared to ordering the same one through the “create your own” option. It’s worth trying out to see if it makes a difference before you place your next order.

Buy it from the shops – Okay, it might not taste exactly the same but you’ll save the most money by picking up your favourite pizza from your local supermarket. Some Asda stores sell freshly made ones from the pizza counter where prices start at £2.

However, the offer only applies to pizzas – so drinks, ice creams and Papadias won’t count towards the qualifying spend needed to get the discount.

The cost of Papa John’s will vary depending on where you live, but the majority of large pizzas range between £17.99 to £19.99 – below the minimum spend needed to get 50% off.

You won’t be able to use any other offers or discounts alongside the deal.

There doesn’t seem to be a limit on how much you can spend to get the deal.

When The Sun checked today, the deal still applied to an order of pizzas worth £115 – which with the discount came to £58.

There are more than 350 Papa John’s around the UK but as they’re franchises, not all branches participate in each offer.

It’s worth checking in with your nearest store before placing an order, which you can find using the locator tool on the Papa John’s website.

You also won’t be able to claim the discount at stores in Butlins, Haven Holiday Parks, Ribby Hall village, Planet Ice, on campus stores or in Ireland.

Papa John’s isn’t the only pizza chain offering half price off your order.

Domino’s has launched a new deal similar to Papa John’s, offering customers 50% off on pizza orders worth at least £20.

The deal is being advertised under Domino’s deals section of it’s website.

To get the deal, click “Apply”, and the voucher should automatically come off your order.

However, when you apply the discount to your order, your meal might not be enough to hit the minimum spend needed for delivery.

This means you might end up spending more than you were hoping to.

When The Sun checked the deal, you had to spend a minimum of £12.99 to get your order delivered in West London.

However, if you stack this deal on top of a cashback offer, you could end up getting your order for even less.

TopCashback.com is offering new members £10 off any order from the popular pizza chain.

This means you could get your order for just a few quid.

KFC brings back its 10 pieces of chicken for £10 deal.

Here’s the full list of restaurant chains’ plans for reopening on April 12 including McDonald’s, Nando’s and Toby Carvery.