Cora Snell, 24, from Swindon, saved herself £8.86 at the bakery chain by downloading the app, which aims to cut food waste. 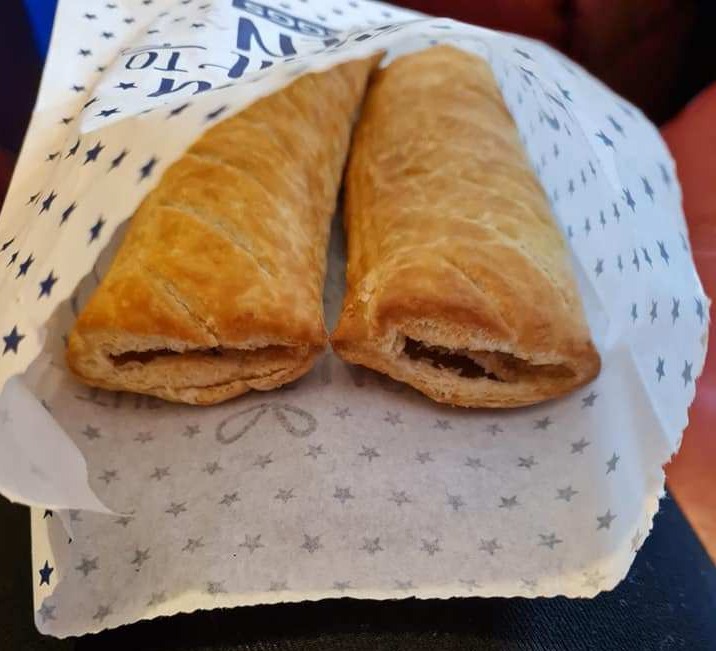 A Greggs fan has shared how she got £11.45 worth of treats for just £2.59Credit: Cora Snell/Extreme Couponing and Bargains UK Facebook

Too Good To Go connects hungry Brits with food chains and supermarkets with leftover food that would otherwise be thrown away.

As the food is sold at a discounted price, shoppers can make some sweet savings.

She wrote: “Seen a lot of posts about the Too Good To Go app so downloaded it yesterday and reserved a Greggs bag for £2.59.

“Went and got it today and I’m so happy! What a brilliant app! BARGAIN.” 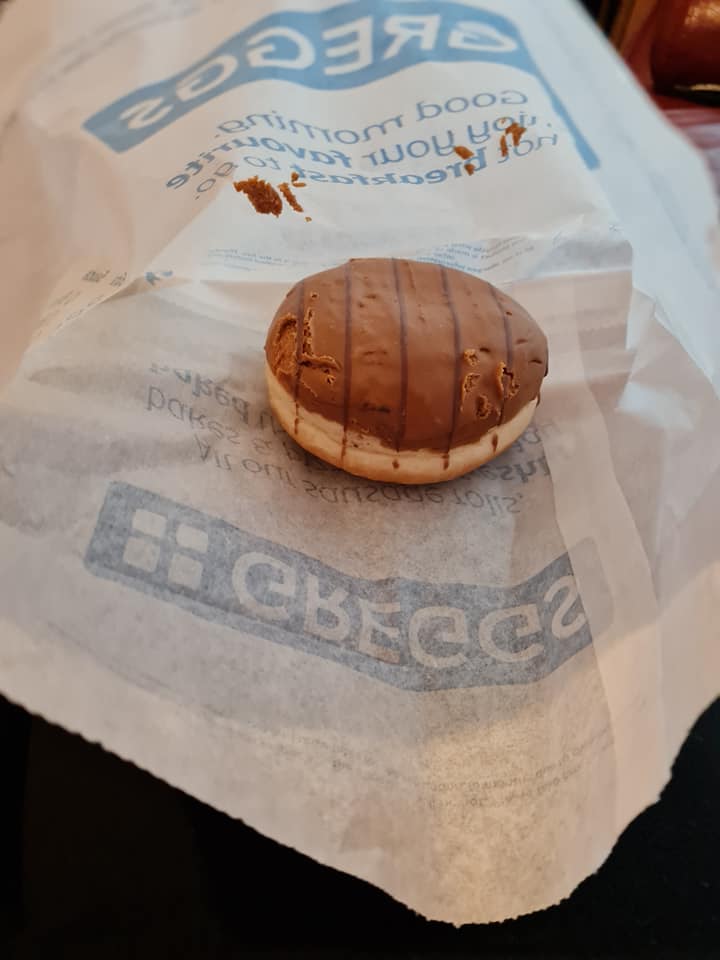 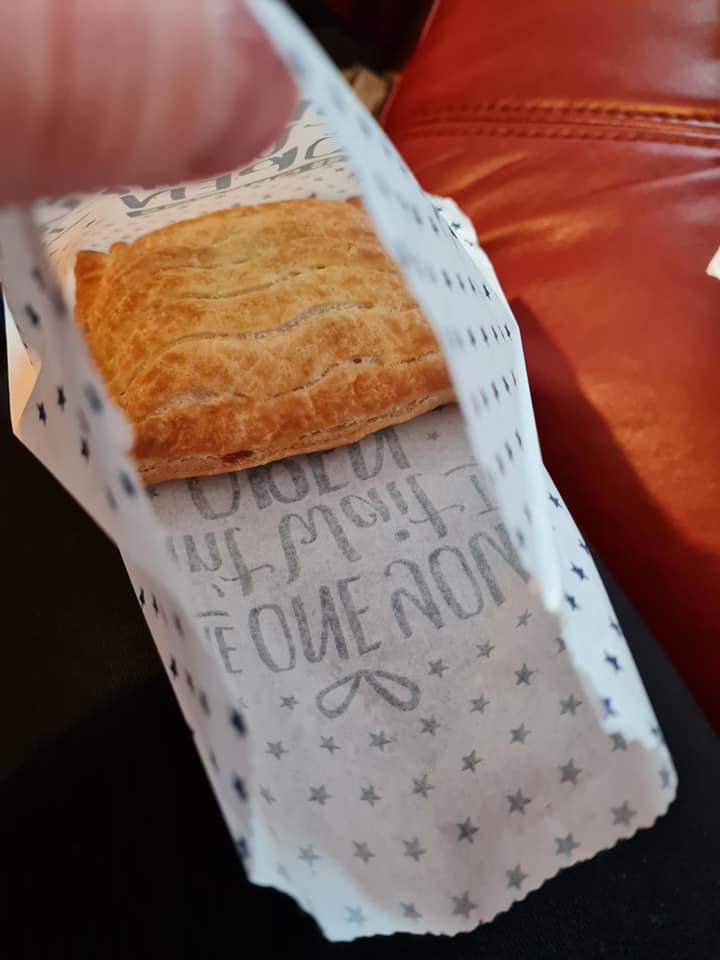 The Too Good To go app aims to cut down on food waste by letting food chains and supermarkets sell items about to expire at sweet discountsCredit: Cora Snell/Extreme Couponing and Bargains UK Facebook

What was included in Cora’s Too Good To Go bag?

HERE’S everything Cora Snell got in her £2.59 Greggs Too Good To Go bag – and how much each item would have cost individually.

The bargains included seven treats such as doughnuts, sausage rolls and a baguette.

The customer service assistant told The Sun she got her hands on them in Greggs’ branch in the Brunel shopping centre in Swindon.

Her post has proved popular on Facebook, and has so far racked up around 2,600 likes and 1,900 comments.

One user said: “I’ve downloaded this app, its really good!”

While another added: “I didn’t know Greggs did this!!!! I’m gonna have to redownload the Too Good To Go app.”

And a third said: “Wow look at this!! I’ll be downloading this app.” 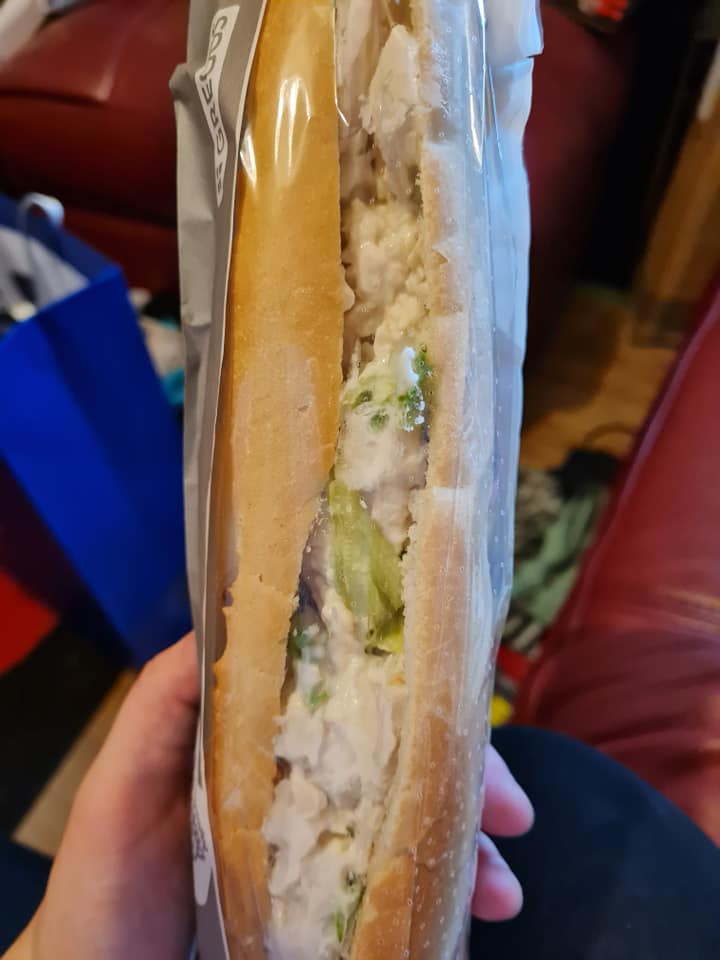 The chicken mayo baguette usually costs £2.95 on its own at GreggsCredit: Cora Snell/Extreme Couponing and Bargains UK Facebook

Too Good To Go first launched in Denmark in 2015, and has since expanded in the UK in recent years.

Keen to use it? Keep in mind you typically can’t choose what to get from retailers, as the selection is made up of whatever food it doesn’t sell that day.

Also be aware the type of chains signed up vary depending on where you live.

However, The Sun has seen several success stories by other shoppers using the Too Good To Go app too.

One mum told us she buys restaurant roast dinners worth £12 each for just £3.29 using the food app, and she reckons it saves her hundreds of pounds a year.

While another savvy bargain hunter picked up four regular cupcakes from Lola’s cupcakes for £3.99 through the app.

How does Too Good To Go work?

TOO Good To Go can be downloaded for free on Google Play or the App Store.

The idea is to fight food waste, so you’re paying for food that is either close to its sell-by date, or that the retailer couldn’t sell.

You don’t get to choose what’s in your food box, so each time it is a complete mystery in terms of the contents.

Shoppers can search for restaurants or supermarkets on a map system in the app, so you can work out what’s near by.

Once you’ve found somewhere tasty, order your box and then pick it up later at the allotted time – but once they’re gone they’re gone.

Supermarkets have joined the fight to help halve food waste by 2030.

Meanwhile, a food scientist has said you CAN eat some foods after their sell-by dates and shared how to tell if the items are still fresh.

Psychic pig ‘predicts’ the weather by using apples on This Morning