DAD Josh Smith thought he’d nabbed the deal of the century when he bought a £1 inflatable paddling pool from Poundland – but it turned out to be no bigger than a foot spa.

The 28-year-old bargain hunter was left red faced after his purchase turned out to be just about big enough to fit the family dog – Alfie, a Bichon. 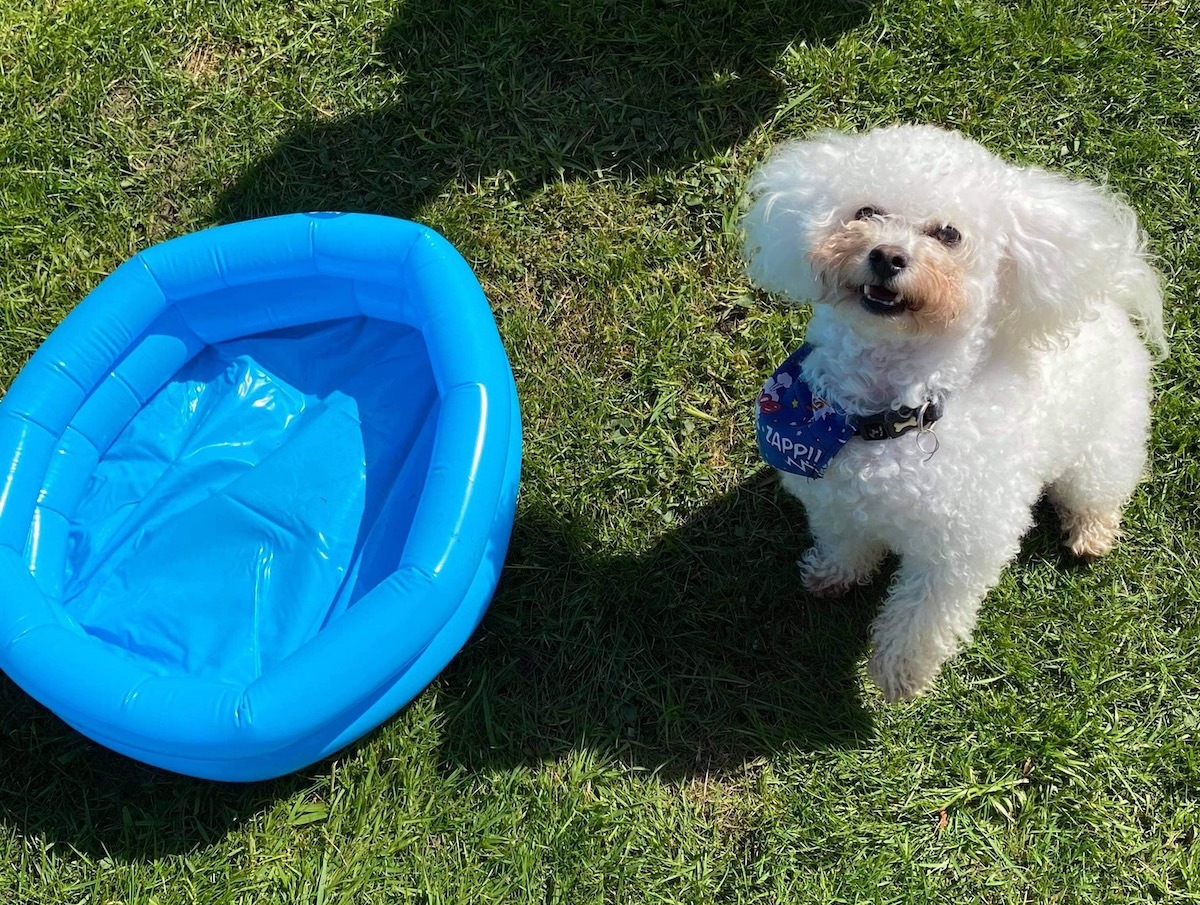 Josh and his partner Zoe Smith, 29, bought the pool from the Tamworth Poundland store in Ventura, to enjoy a splash-about in the garden with their five-year-old son Charlie over the bank holiday weekend.

Mum, Zoe, 29, said: “Josh actually wanted to buy it before, when we had nipped to Poundland a week ago, but I’d said to leave it as it wouldn’t be any good being £1.

“He and Charlie then went to Poundland without me to pick up some bits we needed, and came back with it.

“When he got it out he just laughed because he knew I was right.” 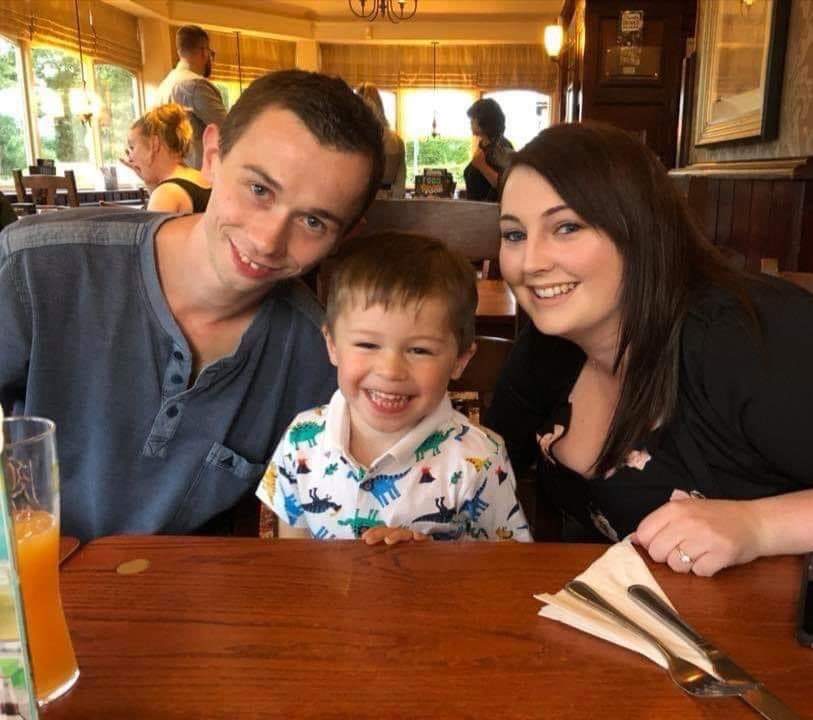 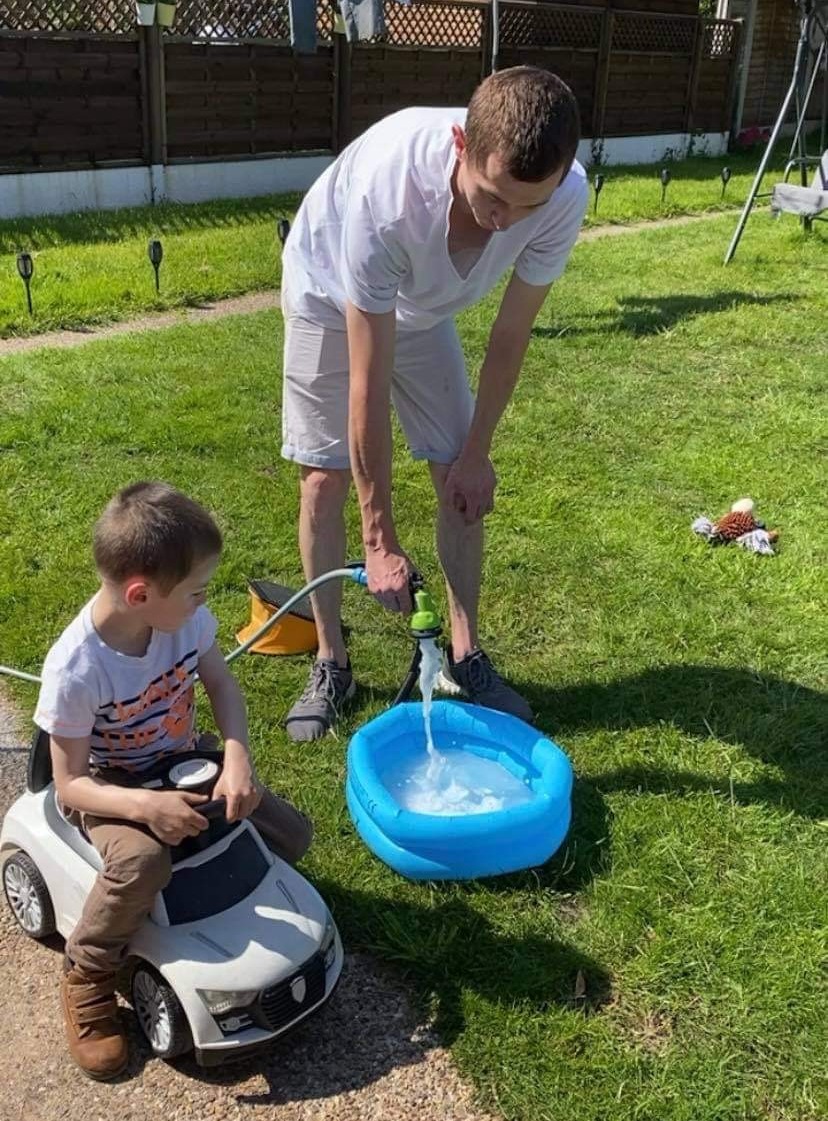 The paddling pool was no bigger than a foot spa

The pool didn’t get discarded though as the boys insisted on finding a use for it, and instead filled it up with warm soapy water and created their own car wash to clean the garden toys.

The family shared their hilarious mishap on the Poundland Appreciation Society Facebook page where the post received over 800 likes and hoards of other users also shared their own experiences of the comically small pool.

One user said: “I did exactly the same thing yesterday.”

Another user explained how they’ve put the mini pool to use saying: “We use it for sensory play, ours is full of orbeez at the moment.”

Plus a lucky tortoise got to enjoy its own private pool party as the blow up bargain was the perfect size for the pet, who’s owner shared an image under the post.

Lots of others shared their new uses for the pool too, as one also commented: “My daughter uses hers for the Barbie’s pool and she uses the Poundland drinks floats for Barbie’s floaties too.” 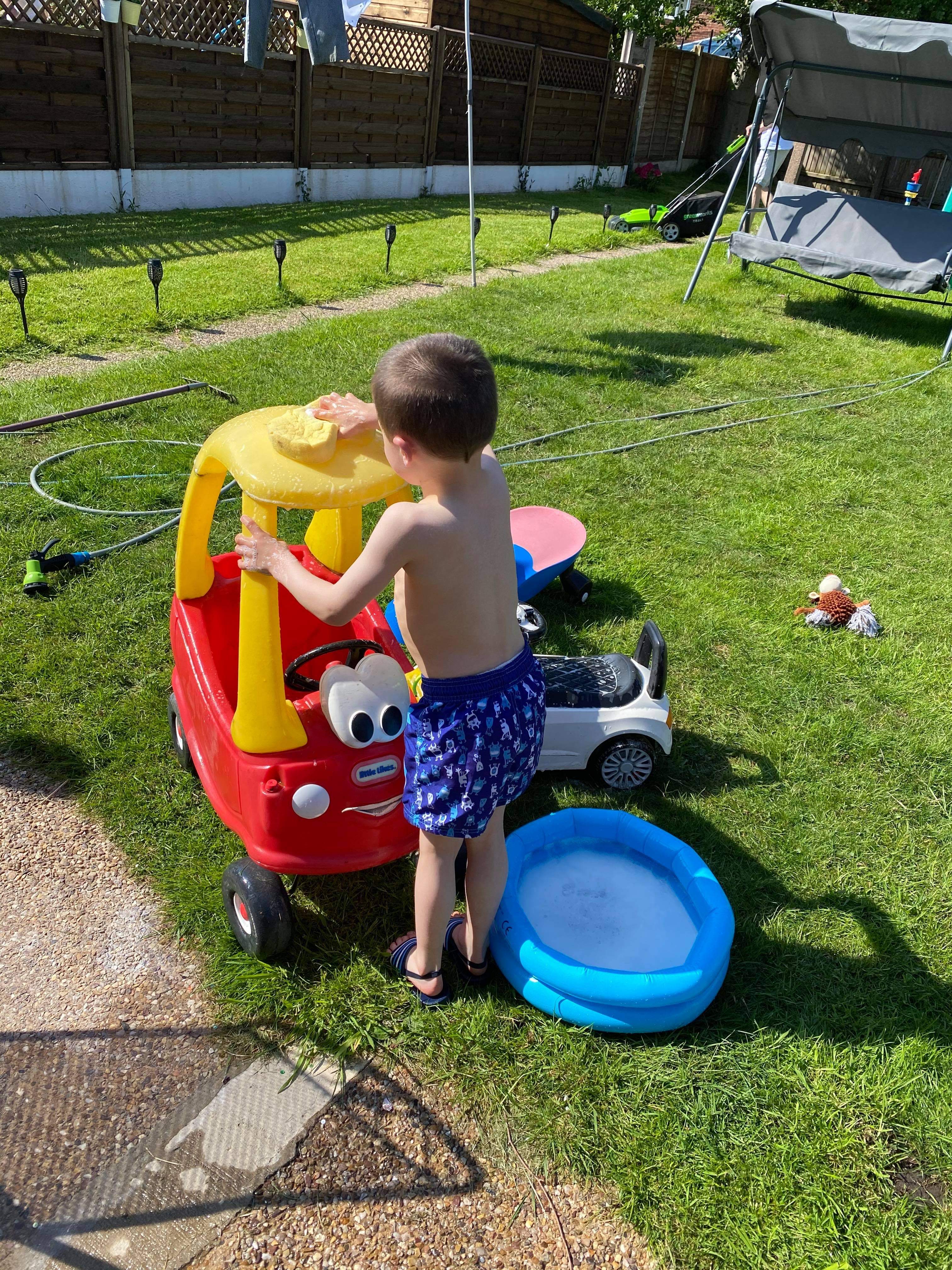 Commenting on the post, a Poundland spokesperson said: “It’s amazing value for £1 and we’re pleased it’s a splash online, although a small one.

“However with all this social distancing, we don’t recommend putting more than one pair of feet in it at a time.”

You can’t shop online at Poundland unless you’re within a postcode of its new pilot delivery scheme, but for the majority it will take a trip to the shops to source the £1 pool that has the online community laughing.

You can use Poundland’s store locator to find your closest to track down the cheap tiny pool for yourself.

The retailer is also selling a “giant” six foot pool for £12 as an alternative back-garden splash about.

Argos is selling a three foot paddling pool for only £6, which makes it £5 more than Poundland’s £1 bargain, but it is still big enough to sit in for the cheap price.

Plus Smyths toy store is selling a £5 paddling pool from July 7 which is nearly four foot wide, so you could save an extra £1 for more paddling space.

A builder was left high and dry too, after splashing out online for his own swimming pool at only £7 – only then he discovered it was also an inflatable children’s foot spa.

We have a round-up of where you can find the cheapest inflatable paddling pools available with prices starting from £4.

But if you’re not having any luck finding a bargain pool right now you might be able to pick one up in the upcoming Amazon Prime Day that’s happening on June 21 and 22.

When is it and what deals will be on?