CADBURY has confirmed its Orange Twirl is no longer limited edition and will be available in shops permanently.

The popular chocolate went down a treat when it launched as a limited edition product. 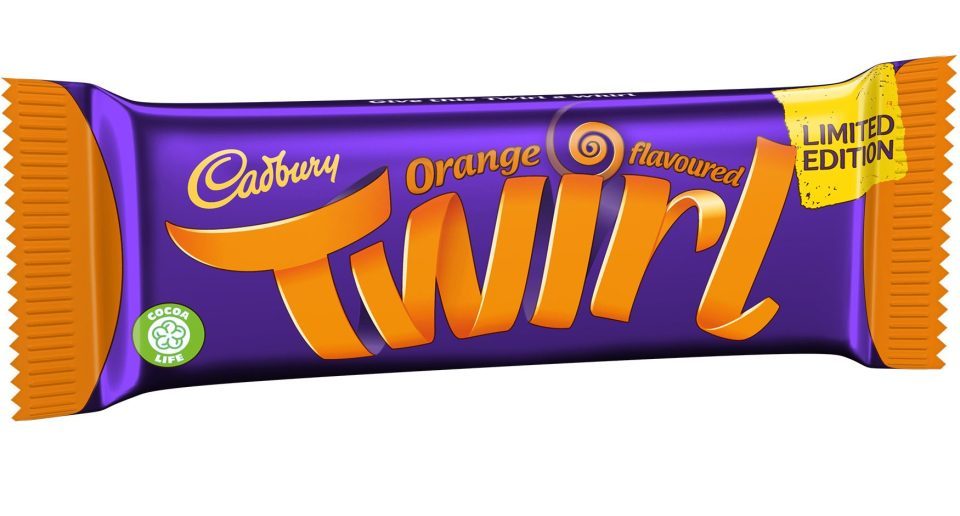 Cadbury is making its Orange Twirl bars a permanent product

But some chocolate lovers struggled to get their hands on one, with some joking that it “doesn’t exist”.

They were also being flogged on eBay for a whopping £700 a case.

If you haven’t been able to try one, the good news is that Cadbury has now confirmed that Orange Twirl is here to stay.

From this month, the chocolate bars will be made permanent in major supermarkets and convenience stores nationwide.

Cadbury, which is owned by Mondalez, had been teasing the news on social media last week.

The chocolate maker posted a poll asking for customers to vote on whether the chocolate orange Twirls should be made permanent.

Cadbury tweeted: “We’re almost out of Twirl Orange limited edition! But should we make more?”

More than 2,000 people voted on the poll, with 85% of people calling on Cadbury to make chocolate orange Twirl a forever product.

Cadbury then confirmed the product would become permanent in a tweet this afternoon.

The chocolate manufacturer tweeted: “It’s back… This time for good!”

Cadbury Orange Twirl has been sold on two separate occasions before, both for a limited time only.

It was first released in September 2019, before coming back again in August 2020.

The popular chocolate bar is the same as the regular Twirl bar but with a zesty orange twist.

The orange version comes in the usual 43g two-finger packet with a recommended retail price of 69p.

Shops are allowed to set their own prices, so the price you pay may vary slightly.

A regular Twirl bar, which first hit shelves around 35 years ago, contains 228 calories and 12.4g of fat.

“We know how much our fans love the chocolate bar, now they can enjoy the carefree feeling of unlimited Twirl Orange all year round.”

Find out more about chocolate giant Cadbury as its production moves back to the UK.

Most popular royal baby names across the world