SUPERMARKETS including Asda, Co-op and Iceland have launched £5 meal deals in recent days to help shoppers get more food for less cash.

Tesco also offers a £5 meal deal in stores – and this is available all-year round. 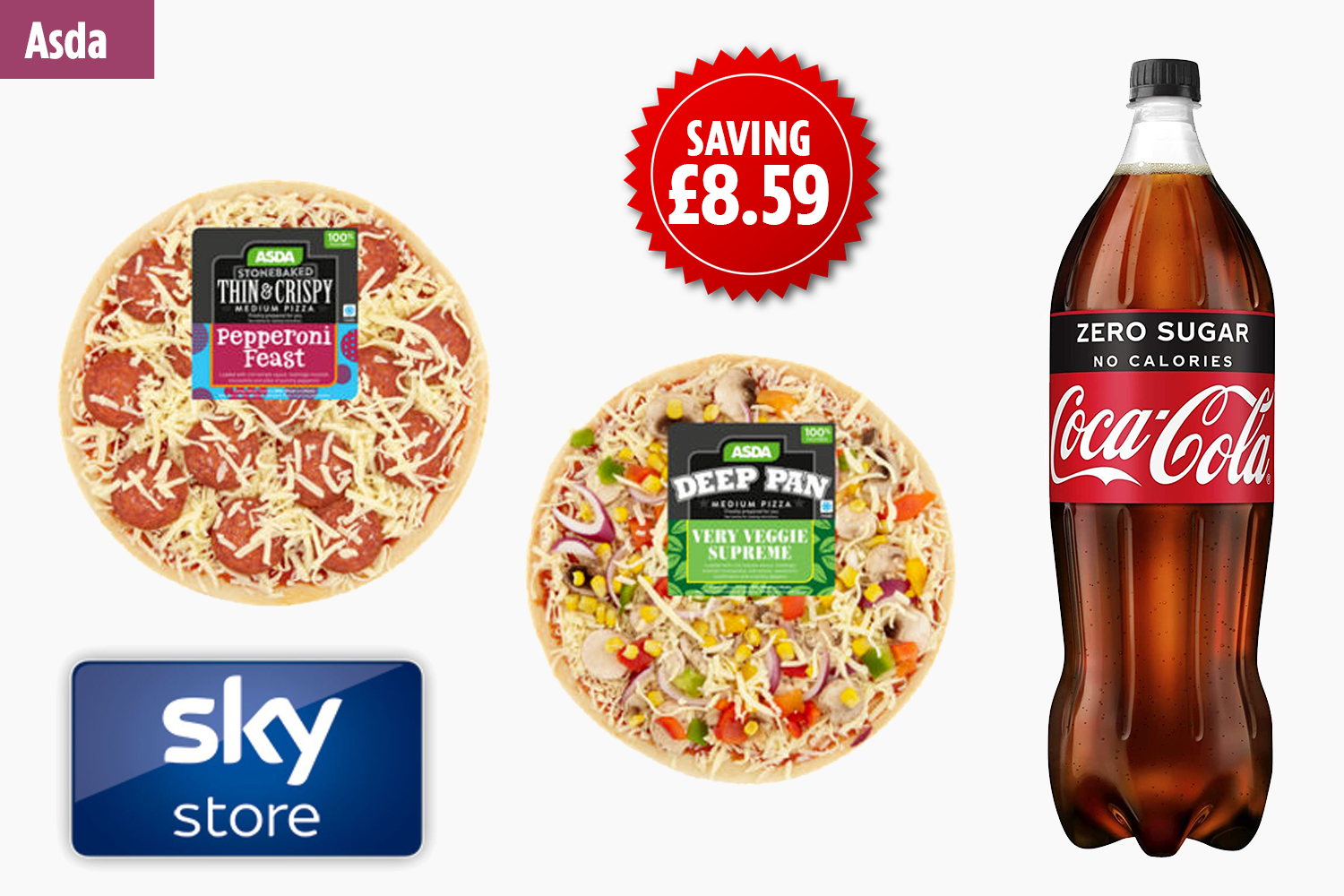 Asda offers the £5 supermarket meal deal with the biggest saving

But where do you get the most value for your money? We compare the meal deals to help you choose.

Supermarkets regularly launch new meal deals to entice shoppers, so it’s worth keeping an eye when you next visit a store.

By snapping up the best money-saving deal – Asda – you can actually save up to £8.59, but Co-op’s deal is only 5p behind.

Below we compare the £5 meal deals currently available in the UK’s major supermarkets.

If you’re planning a movie night, head to Asda where you can get two pizzas, a soft drink and a Sky movie for just £5.

This means you can save up to £8.59 with the deal (or 63%), compared to if you’d bought the items individually.

You can feast on a choice of 13 medium sized pizzas including The Sizzler, Aloha Hawaian, Veggie Supreme and Cheese Meltdown.

HERE’S all the different food and drink options in the deal.

While the pizza and drinks deal is also available online, you’ll only get the free Sky voucher if you shop in a physical Asda store.

You don’t need to be a Sky customer to get the deal. You can claim through the dedicated website within seven days of your purchase.

Just make sure you hang onto your receipt as you’ll need to upload a photo to get your free film.

You’ll also need to give Sky your name and a valid email address.

As it stands, the deal has not been given an official end date yet. 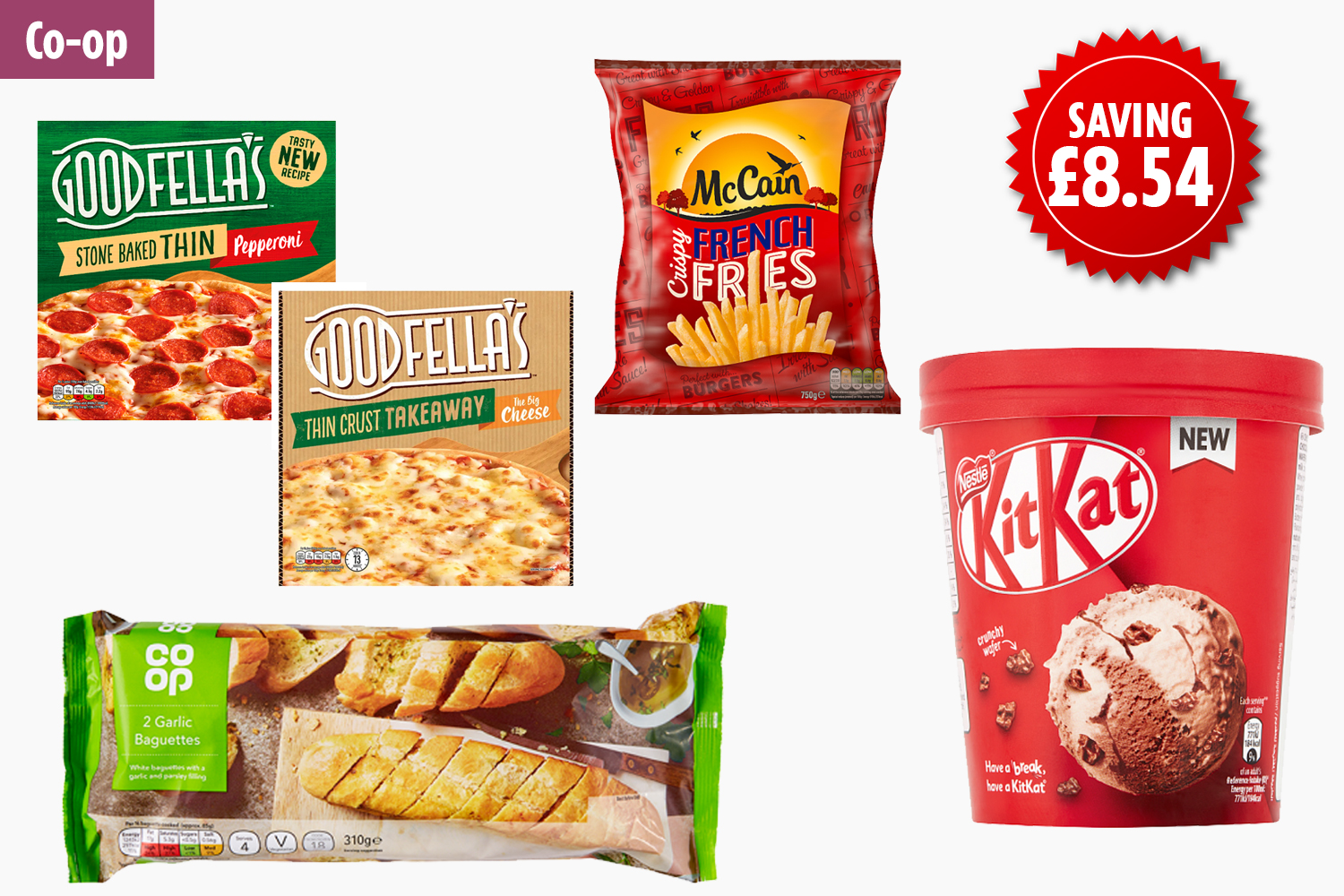 Co-op’s meal deal lets you fill up your freezer with five items for £5.

The offer launched yesterday and is available at Co-op stores and online until February 16.

Items up for grabs include Goodfella’s pizzas, McCain’s french fries, garlic baguettes as well as a tub of KitKat ice cream.

In other words, it’s not far behind Asda in terms of savings but one of Co-op’s individual prices of pizza is higher.

BELOW are the items included in the Co-op meal deal. 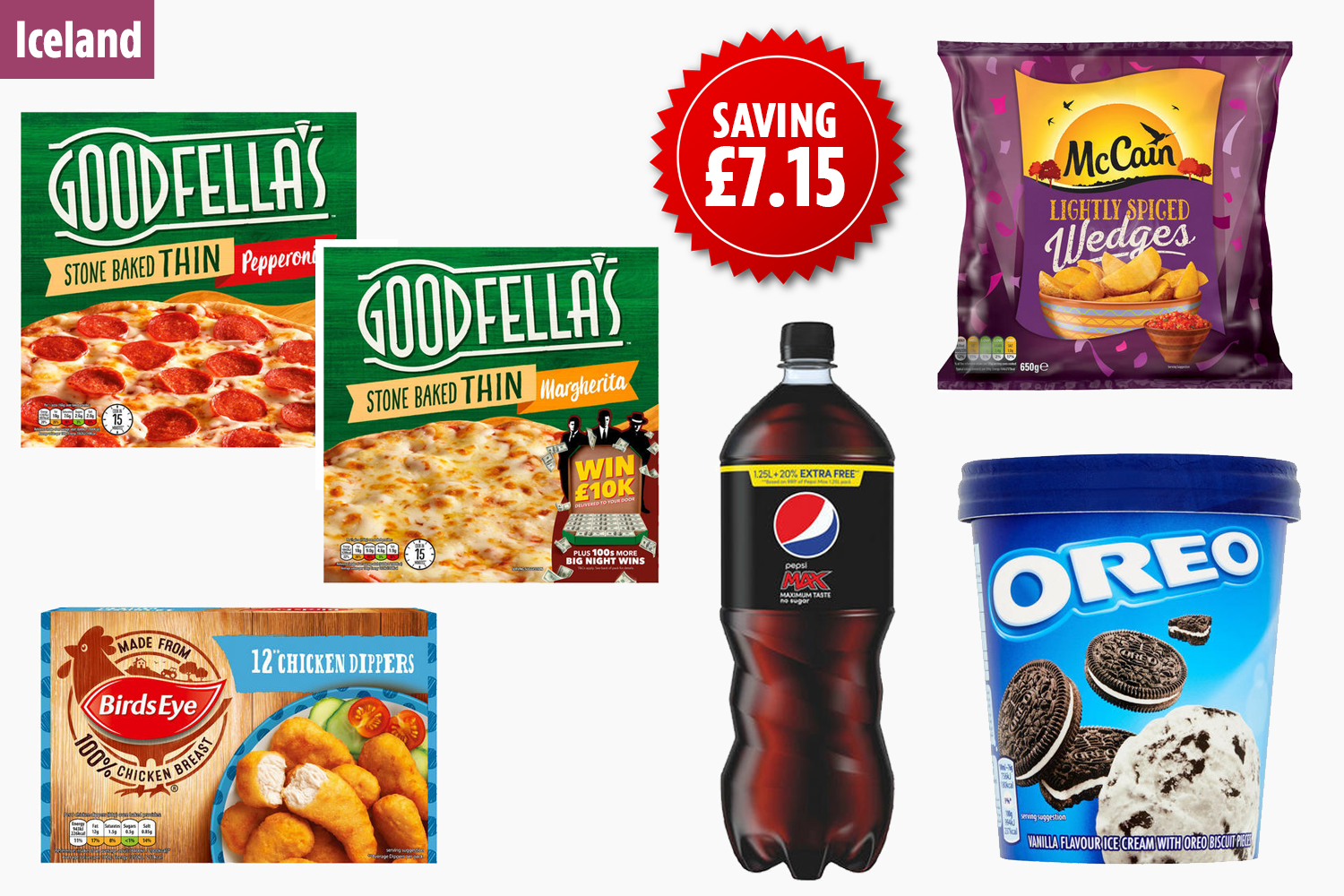 Iceland has teamed up with deal-sharing website hotukdeals to offer savvy shoppers a £5 meal deal with six items.

The offer, which lets you save you £7.15, includes two pizzas, one chicken dish, one side, a drink plus a pack of ice cream.

If you’d bought the items individually, you’d have to pay £12.15 for the lot.

To get the deal, simply add the items to your basket and then apply the code “ICEHUKDPEPSI” at the checkout to get the drink for free too.

Sadly, the offer is only available on Iceland’s website.

Iceland offers free home delivery, but you have to spend a minimum of £35 to place an order.

The supermarket told The Sun the deal is available until February 14.

HERE’S which food and drinks items you can choose from in Iceland’s meal deal. 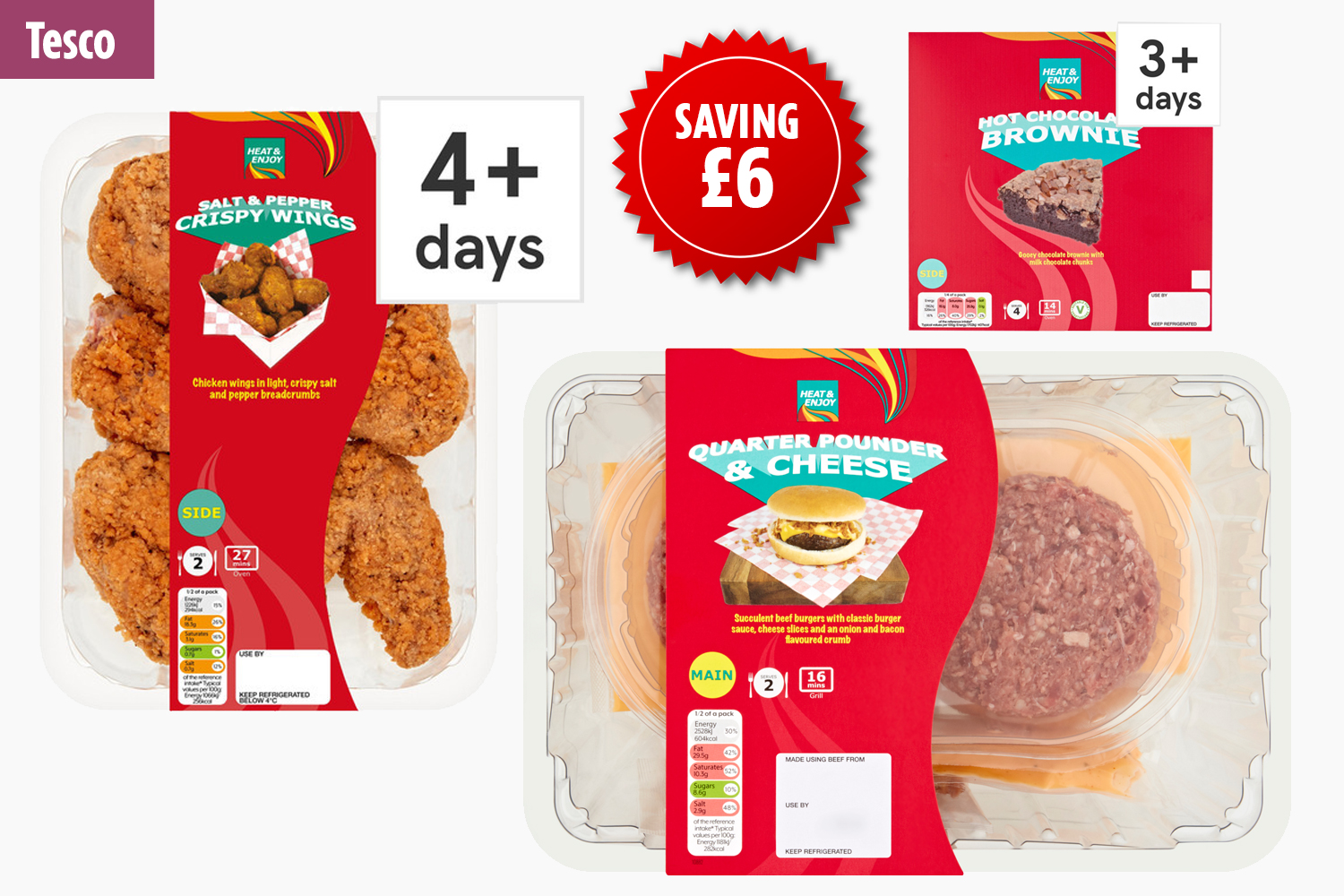 Tesco has a permanent £5 meal deal in stores on its Heat & Enjoy range.

The offer will give you one main and two sides, while a separate £10 meal deal online of the same range offers two mains and three sides.

Each main from the range costs £5, while shoppers can pick up sides for £3 each.

In other words, one mains and two sides would typically cost you £11, so you’ll save £6 thanks to the offer.

The deal is available all-year round in all stores, although Tesco told The Sun availability varies.

It added that the meal deal may be replaced temporarily in smaller Express stores to make space for its Valentine’s Day meal deal this year.

Tesco’s Valentine’s Day meal deal will be available from February 8 until February 14.

To avoid a wasted trip, it’s worth giving your local store a ring beforehand.

The supermarket has more than 3,700 stores across the UK. You can find your nearest one by using its store locator tool.

TESCO’S meal deal typically lets you choose from these items.

Sides and desserts – usually costs £3 each

A majority of supermarkets have already revealed their meal deals for Valentine’s Day this year – check out our round-up.

Last January, M&S made a huge blunder for the Chinese New Year by offering a deal on Indian food.

And more recently, a Tesco glitch sparked a huge meal deal saving with one shopper’s lunch costing 4p instead of £3.

Mum feeds family-of-four for £1.50 each a day and shares her monthly meal plan