ASDA and Tesco customers are furious after finding their Easter eggs were missing from online deliveries.

Shoppers had ordered chocolate eggs to be delivered in time for the Easter weekend, only to be left empty-handed with items out of stock. 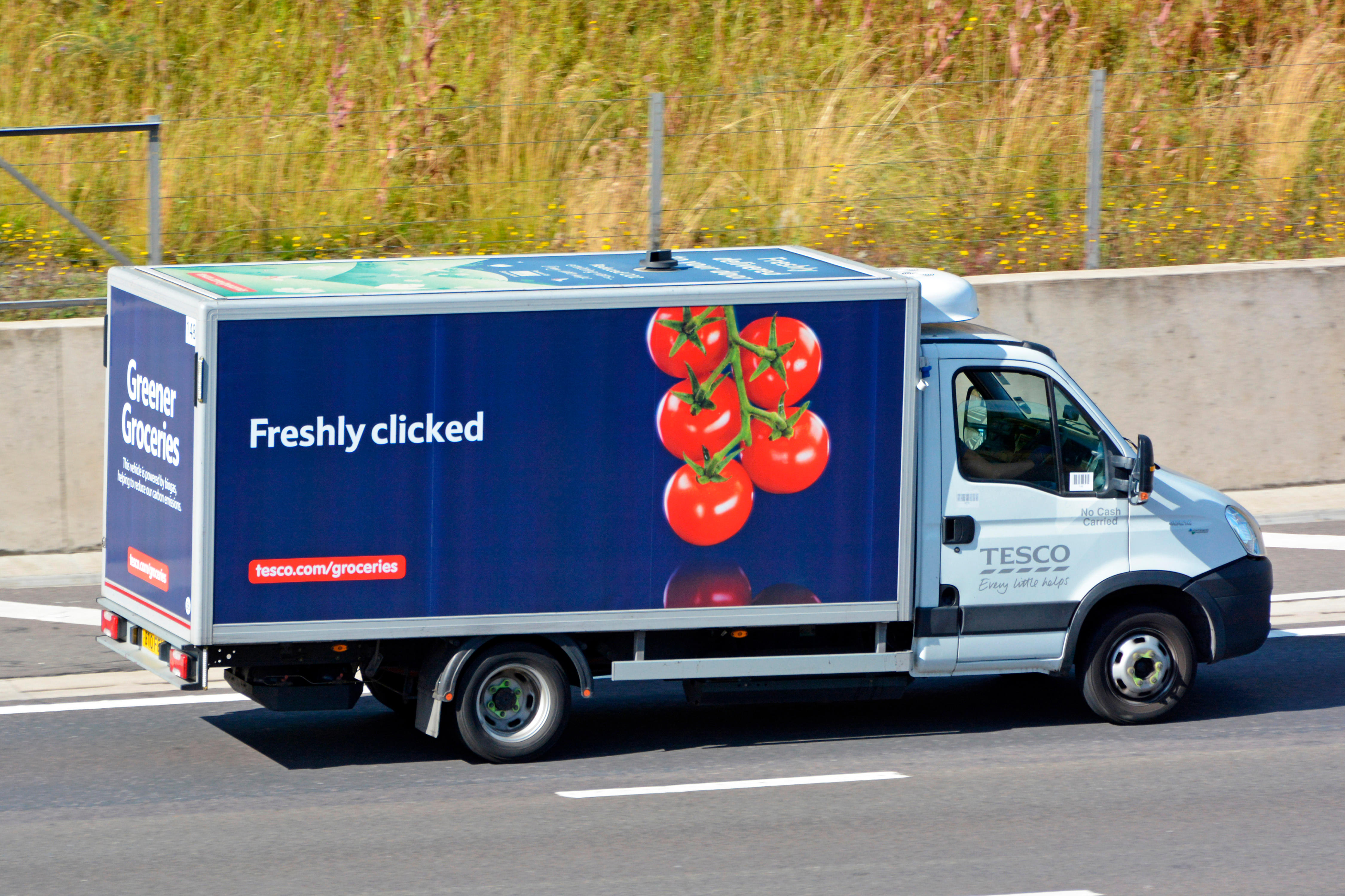 Shoppers have been left egg-less with Easter eggs missing from deliveriesCredit: Alamy

Customers from Tesco and Asda took to social media to complain.

One customer slammed Tesco and claimed her kids’ Easter eggs were missing from her order.

“No Easter eggs on my Easter Eve grocery delivery?,” she said. “You didn’t have a single egg left to substitute??? None???”

Another Tesco shopper claimed none of the Easter eggs she had ordered had arrived.

She added: “Sorry kids, looks like an Easter egg hunt round the garden is another thing cancelled for you this year!”

IF your order doesn’t turn up or there are missing items, what are your rights? We explain.

Another customer had ordered his eggs to be delivered before Good Friday, but claimed he had been left empty handed as well.

He said none of his Easter eggs for his kids and grandchildren had arrived, and no substitutes for the missing items had been given either.

Asda shoppers have also claimed that they have been left egg-less too.

One customer said that he had not received his festive eggs in his online delivery, which were meant to be for his elderly parents. 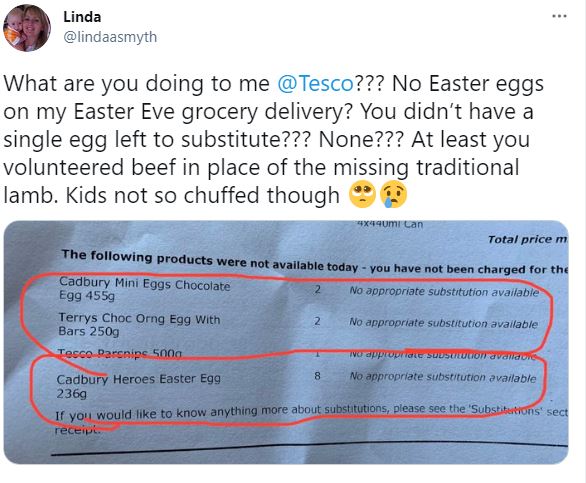 Shoppers took to social media to slam supermarkets for their missing itemsCredit: Twitter

Many shoppers said their kids would be egg-less this EasterCredit: Twitter

Another shopper said they were “sad” that their Easter eggs had not been delivered, and their children were now “eggless for Easter”.

Many shoppers could also be Easter egg-less this year.

Many supermarkets warned they have been running out of chocolate eggs days before the Easter weekend.

M&S and Asda both warned shoppers that stock of the seasonal chocolate treats are running low online – and they are flying off shelves in stores too.

In a message to customers on its website, Asda said its stocks of Easter eggs are running low.

Meanwhile M&S shoppers are also met with a message saying most of its Easter eggs have sold out online due to high demand.

Easter eggs were spotted on sale as early Christmas Eve – four months before the bank holiday.

We tested Easter eggs from supermarkets including Aldi, Tesco and M&S to see which ones are best – here’s our verdict on the THIRTY choc eggs we tried.

Planning to head to the supermarket this Easter? These ones will be closed over some of the weekend.