ALDI is bringing back it’s sell-out hanging egg chair once again this weekend – but shoppers will have to be quick to bag one for themselves.

The supermarket’s infamous £149 egg chair will go on sale online on Sunday, April 25 as part of its Specialbuys Garden range. 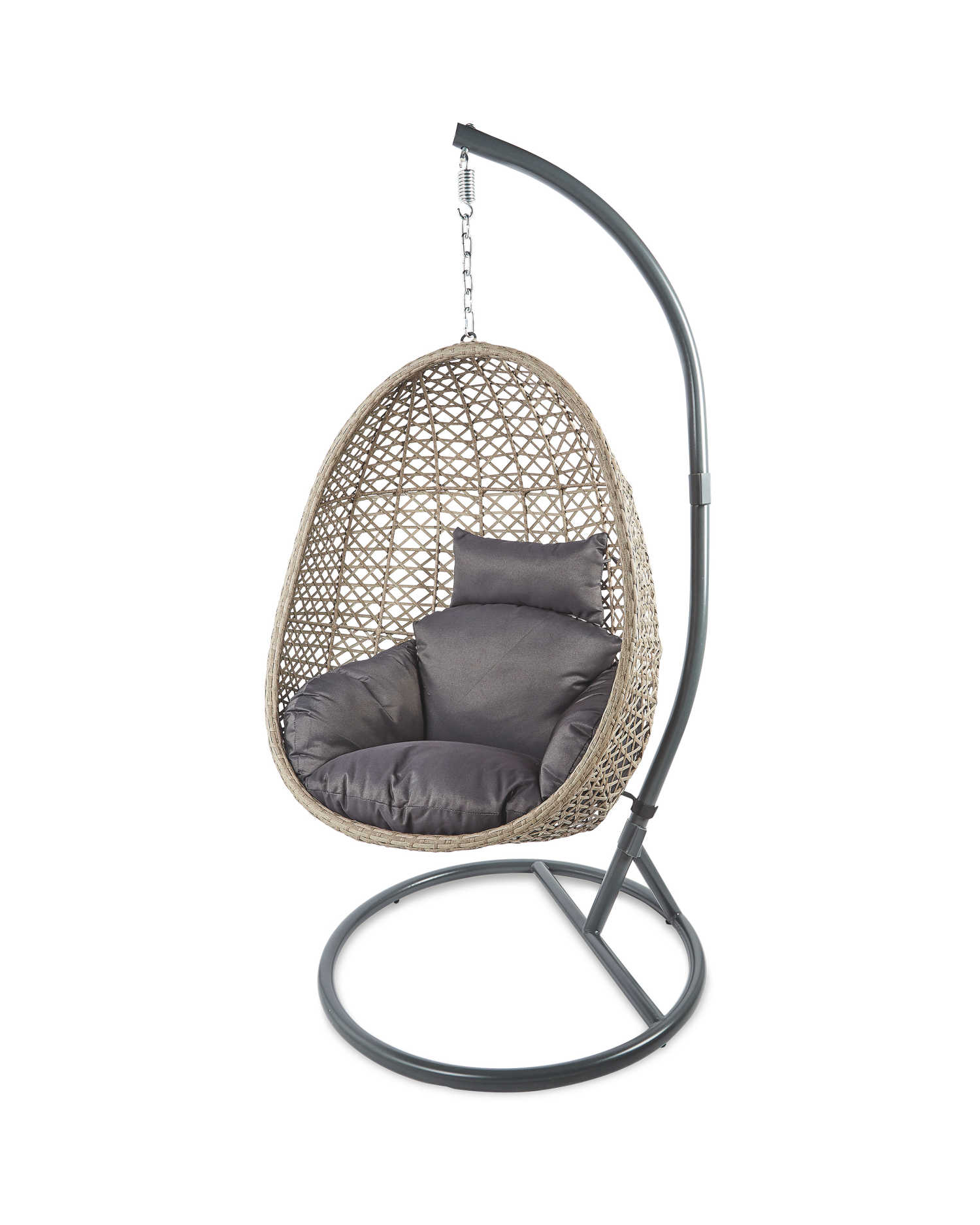 Aldi’s egg chair is a firm favourite with shoppers – but notoriously difficult to get hold ofCredit: Aldi

It’s only being sold on Aldi’s website so you won’t be able to go into your local store to buy one.

The chair is grey and made out of rattan and comes with a grey cushion too.

It hangs from a chain attached to a metal stand, which makes it perfect for swinging.

But a recent spate of technical problems and hitches have left disappointed customers empty-handed when they’ve tried to bag one for themselves.

The chair was supposed to go on sale at 8am on April 11.

But customers complained they were blocked from pressing the button to add the chair to their basket – despite Aldi advertising it would be going on sale that day.

Back in February, a “technical issue” also meant the sell-out chair went up for sale early.

It had accidentally been launched before 8am, and many customers missed out on their chance of bagging one.

Shoppers slammed Aldi on Twitter for putting the chair up for sale earlier than advertised saying they were “really disappointed”.

If you’re desperate to get one, you’d better set your alarms.

The egg chairs, which usually go up for sale around 8am, usually sell out within minutes.

But if you miss out on one this Sunday, other shops are selling similar chairs too.

Bargain store B&M is selling one for £125, or there’s a pricier one the retailer is flogging for £175 if you want to splash out on a bigger one.

We spotted this one in Wayfair for a bargain £78 – but at the time of writing, there were only four left, so you might want to act quick and scoop one up.

Aldi has revealed all the key dates in May for when shoppers can buy its sell-out garden furniture Specialbuys range.

If you’re desperate for a hanging chair, all is not lost as Tesco launched a £150 version after Aldi’s last batch sold out.