ALDI has slashed the cost of fresh veggies to just 19 per bag ahead of Easter, as supermarkets start their annual price war.

This week only, Aldi shoppers can buy 1kg packs of carrots and 500g of parnips for 19p each in time for Sunday’s Easter roast dinner. 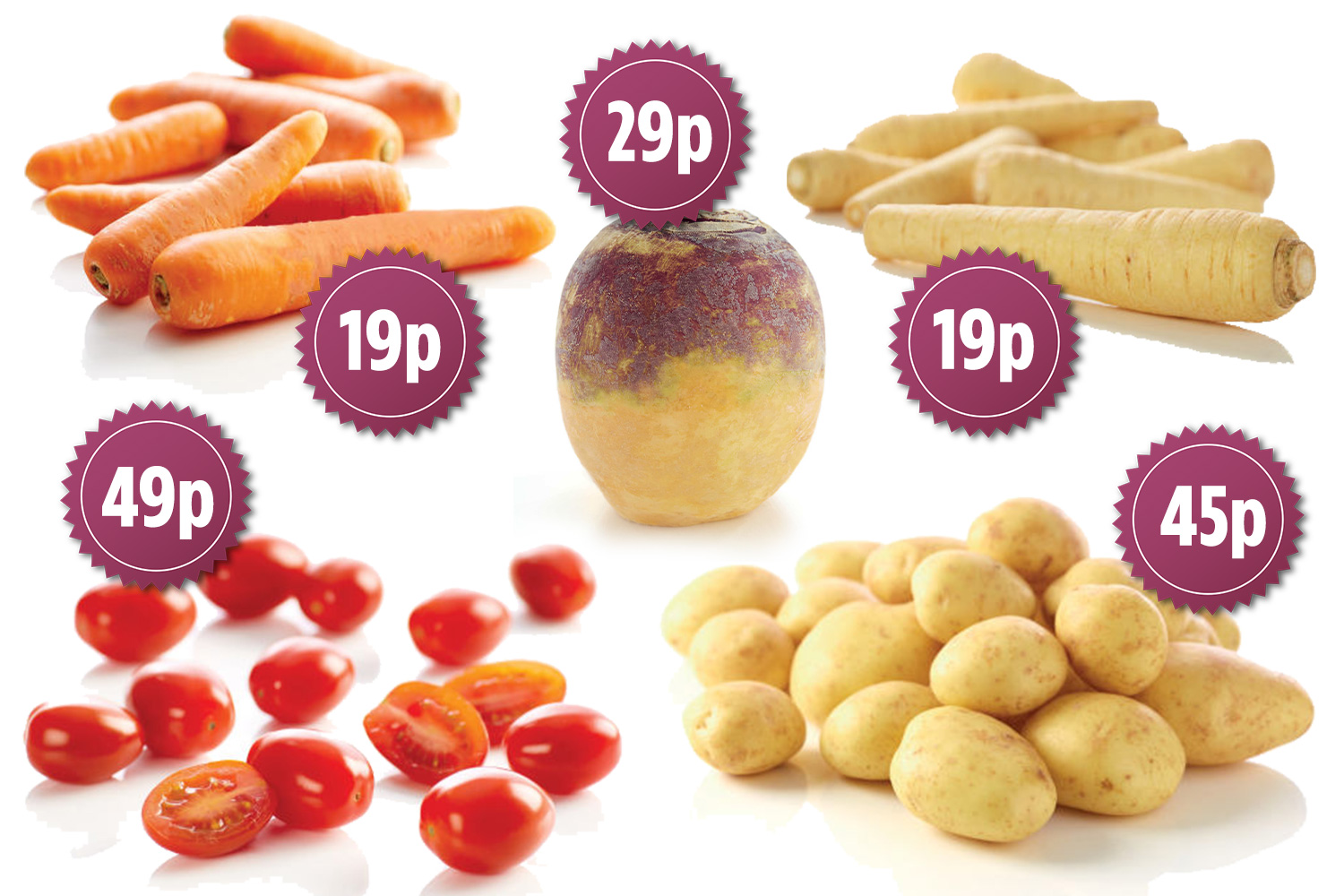 How Aldi has slashed prices on fresh veggies this Easter

Aldi has also cut the price of white potatoes from 75p to 45p, and cherry tomatoes to 49p, down from 67p.

Rival Lidl has matched Aldi’s price for carrots and parsnips this week, dropping prices from 40p.

The discounter has also cut the price of 1.25kg packs of potatoes to a cheaper 29p.

How supermarkets have slashed prices for Easter

BELOW we round up the discounts supermarkets are offering on fresh veggies for Easter.

Asda isn’t far behind the discounters by slashing the cost of 1kg packs of carrots and 500g bags of parsnips to 20p, down from 43p and 49p.

It has also cut the price of broccoli heads to 20p, down from 50p.

Meanwhile, Morrisons is offering Easter veggies for 40p each or you can pick up three for £1.

This applies to 1kg bags of carrots, 500g packs of parsnips, 350g of broccoli, spring greens and swedes.

We’ve rounded up all the prices drops above.

Supermarkets typically take part in price wars on fresh veggies ahead of Easter and Christmas each year as they battle for shoppers’ cash.

A couple of years ago, Asda, Aldi, Lidl and Morrisons all went head to head ahead of Easter.

Aldi’s price cuts are available in stores and for click and collect until this Sunday, April 4, while Lidl’s are in-store only until the same date.

Asda and Morrisons are yet to confirm end-dates to their offers.

The Sun has also asked Sainsbury’s and Tesco whether they plan to cut veggie prices too, but we haven’t heard back yet.

Here’s how to cut the cost of your grocery shop

SAVING on your shop can make a big difference to your wallet. Here are some tips from Money.co.uk about how you can cut the cost of your shopping bills:

In other Easter news, we’ve tested Easter eggs from supermarkets including Aldi, Tesco and M&S to see which ones are best.

Plus, here’s what happened when we taste tested supermarket hot cross buns.

Deals to look out for include Morrisons slashing the price of Easter eggs to 75p each.