AN Aldi shopper has shared his “life hack” for slowing down speedy staff at the tills.

The supermarket is known for its super quick checkout workers, with the grocer previously joking that its staff are “faster than 5G”. 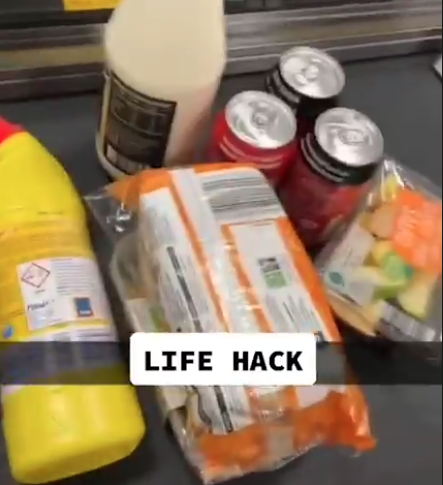 In fact, Aldi claims its tills are 40% quicker than rivals with part of its success down to using extra big barcodes so workers can scan easier.

However, not all shoppers are fans of the quick service with some previously complaining that it makes them “feel rushed”.

Some customers have even set up a Facebook page called the Aldi Checkout Challenge where they share their experiences at the store tills.

In a video uploaded to TikTok, one tactful customer explained how he gets staff to slow down by spreading out his shopping across the checkout belt. 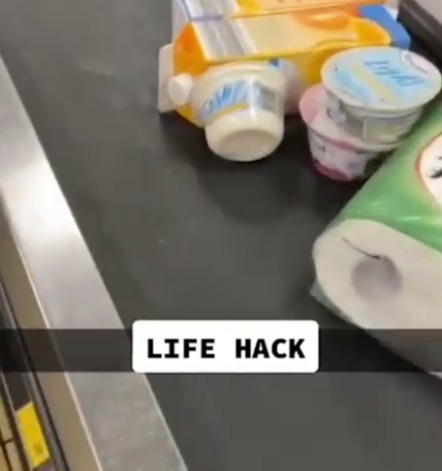 The trick gives shoppers more time to pack their belongings

TikTok users have been commenting on the clever trick

This then gives him more time to pack his goods as staff can’t scan items so quickly.

TikTok user Ciaran Elliott Walms said: “Top tip: Spread all your shopping out and it gives you time to bag it so they don’t throw it at you.”

Aldi shoppers have been quick to praise the TikTok video, calling it “genius”.

One said: “This is the best life hack I’ve ever seen.”

Another added: “Another hack – place it in the order you’d bag it.”

But some suggested simply asking the checkout worker to slow down, while others pointed out that you’re not meant to pack at the tills.

Instead, Aldi shoppers are asked to bag their food at designated packing areas opposite the tills.

Some comments also speculated that Aldi workers have a quota for the amount of items that they need to scan per hour, but this has never been confirmed by the supermarket.

As well as helping the flow of customers, Aldi says its checkouts are speedy to help keep costs low for shoppers.

By getting customers out of the door quicker, it means staff can focus on other jobs around stores.

“However, we appreciate that every customer is different, and we ask colleagues to ensure they use their discretion to work at a pace suitable for each individual.”

It comes as Aldi confirmed a new bargain hour where food is reduced by 75%.

It includes wearing face masks with shoppers now being banned entry for refusing to wear a covering.

Latest supermarket recalls at Tesco, Aldi and Morrisons, including cereal and baby milk