ALDI has launched its own range of Euro 2020 England and Wales football kits along with other merch amid excitement for this year’s games.

The shirts are on sale from Monday and they only cost £6.99 in men’s and women’s sizes, as well as a cheaper £5 kid’s version too. 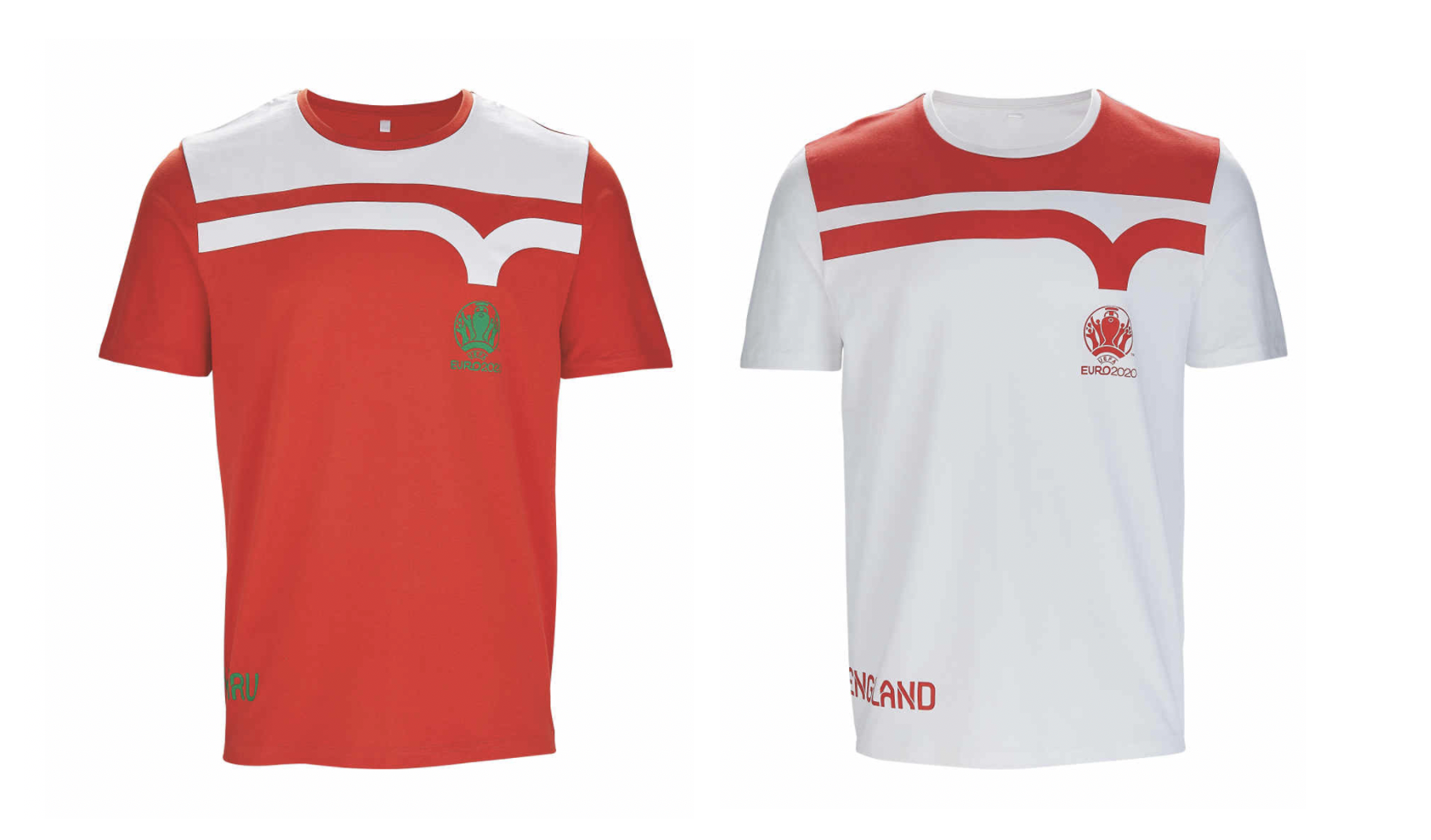 The football shirts only cost £7 and you can preorder them nowCredit: Aldi

The adult football shirts come in two different variations with the colours and lettering that support both England and Wales teams from last year’s UEFA Euros games.

They are not official merchandise though and that’s why the prices are so low for the different products.

You can get the shirts in sizes small to large for ladies as well as the cut being slightly more form fitting, while the men’s shirts range from medium to extra, extra large in a looser cut.

The shirts are made from 100% cotton and are machine washable too.

There’s no difference in price between the women’s and men’s range though as they’re both £6.99, regardless of what team you support too.

But you’ll find that the men’s and women’s England shirts are already sold out for preorder online, so you’ll have to head in-store after the weekend to nab one of the cheap Aldi options.

For kid’s and Welsh fans wanting-in on the discounter’s supporter shirts, you’ll be able to place an order online now and the products will dispatch from Monday too.

You’ll also be able to buy a Euros water bottle for £2.99 and a matching football of your own from the store in the range from £4.99. 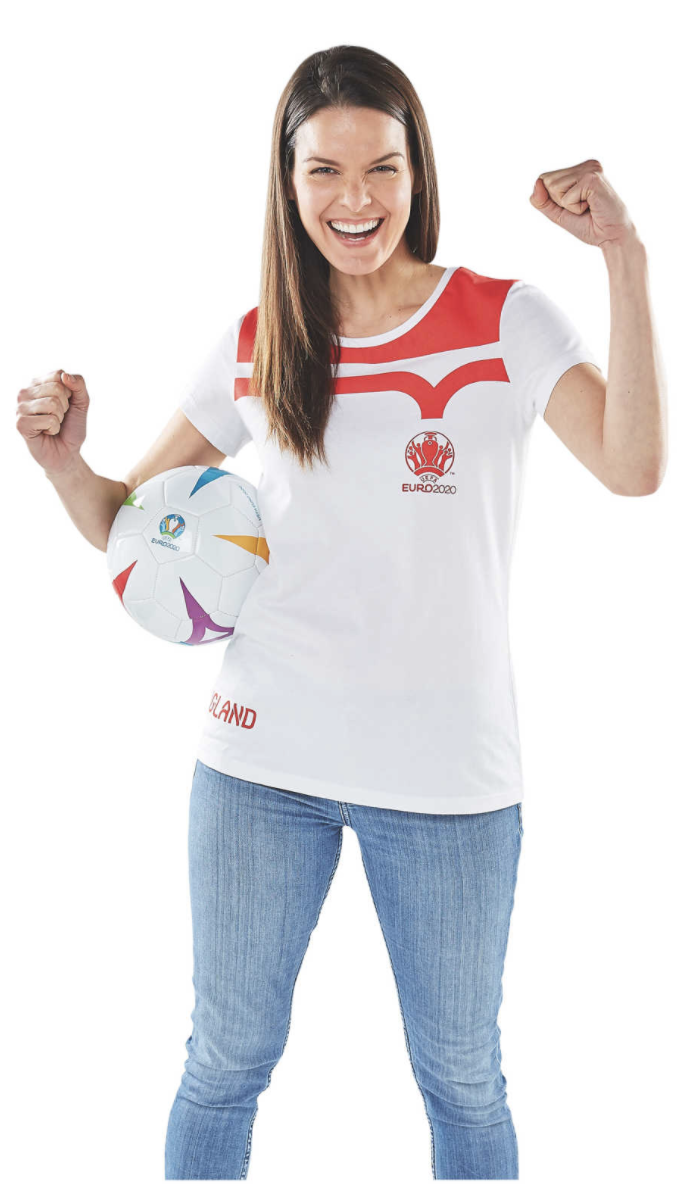 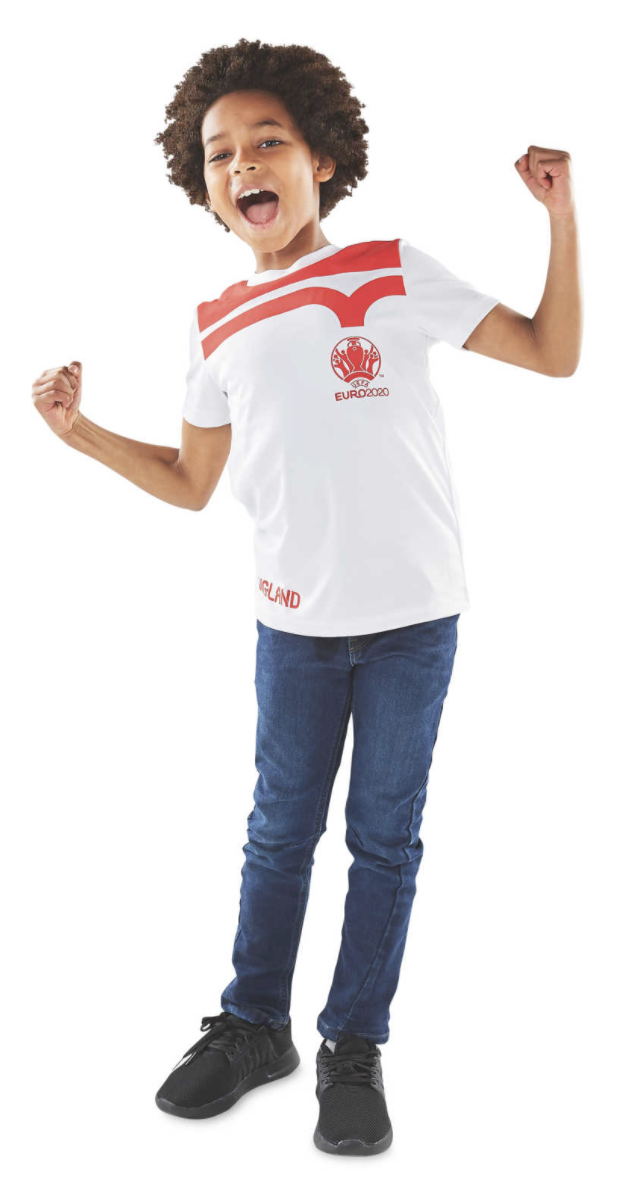 Any mini sports fan will have to nab one of these £4.99 kid’s shirts

If you’re preordering any of the products online though you’ll have to factor in the extra £2.95 Aldi charges for delivery, and you probably won’t receive your order until late next week, at least three days after the dispatch date.

To save on the costs instead, you can head to your closest Aldi store to pick up items from the range when they launch next week, using the finder tool to check ahead of time where that’s located.

Stock will be subject to availability, and as anticipation for the football matches this year rises, the kits will likely sell-out fast, so you’ll have to be quick to nab the bargain buys.

But it’s always worth comparing prices, as even though something looks like a deal it might not be the the best bargain out there.

An official 2020 Euro’s England home jersey costs more than £70 to buy in comparison to Aldi’s £7 versions though, that’s 10 times the price of the discounter’s dupes.

The official site also sells cheaper polos in the England colours but they are still currently £36 to buy despite the 10% discount applied as they’re last year’s gear, and it still makes them £29 more expensive than Aldi’s.

In its latest release of specialbuy items Aldi is selling a range of bedding that features cooling technology, perfect for hot summer nights.

A new grill with rotating kebab skewers perfect for outdoor cooking this summer is also being released on Monday, for just £30.

The store is selling a hanging garden chair as well, after the supermarket’s popular hanging egg chair sold out in a flash.

Six in 10 Brits say they are brand lovers