Aldi customers have been left fuming after a hanging egg chair which was supposed to go on sale this morning, still isn’t available online.

The egg chairs – which are a firm fan favourite and usually sell out in minutes – were supposed to be available from 8am this morning. 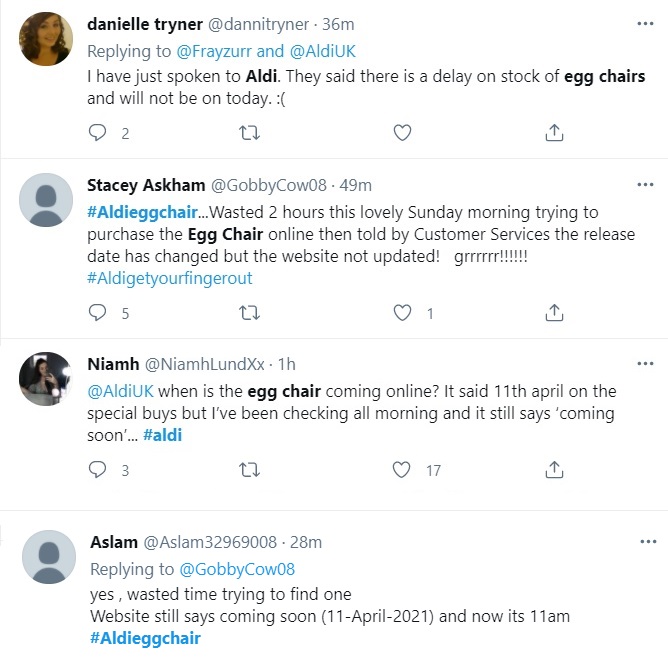 But customers have been trying to make purchases all morning and haven’t been able to buy them.

The website still says that the ‘On Sale’ date is April 11, 2021, but when you go to add the chairs to your basket, the button is blocked and it says ‘coming soon’.

Some customers have said they’ve wasted hours trying to buy the chairs to no avail.

Georgina added: “Will the egg chair be available to buy today? Says the 11th online. Thanks Aldi.” 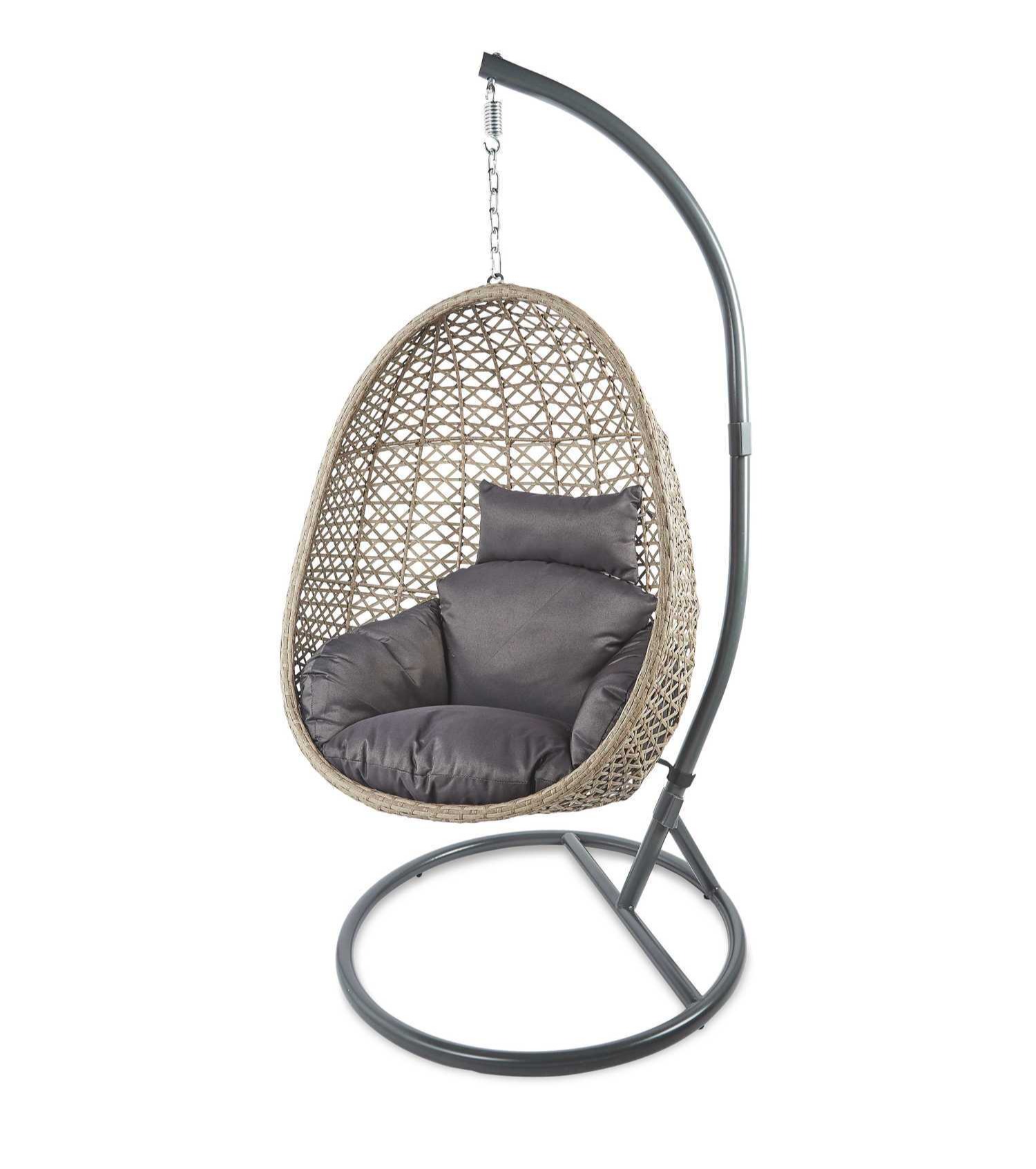 Some customers had managed to get through to customer services, only to be told that the release date had changed but the website had not yet been updated.

Stacey tweeted: “Wasted 2 hours this lovely Sunday morning trying to purchase the Egg Chair online then told by Customer Services the release date has changed but the website not updated! grrrrrr!”

And Danielle said: “I have just spoken to Aldi. They said there is a delay on stock of egg chairs and will not be on today. :(.”

This isn’t the first time that customers have been let down by Aldi changing sale times.

In February this year, a “technical issue” meant the supermarket’s sell-out egg chair went up for sale early – and sold out in minutes.

At the time, angry shoppers took to Twitter to slam Aldi for putting the chair up for sale earlier than what was advertised.

Then, in July last year, Aldi customers were left furious after their sold-out hanging egg chairs arrived dented and ripped.

Some customers even lost out altogether with chairs they queued and paid for online not being delivered at all.

Despite the difficulties – the egg chairs have a cult following and often sell out within minutes of going on sale.

This is why shoppers have spent their morning refreshing the Aldi site page trying to buy the latest batch of chairs.

The Sun has contacted Aldi asking why the hanging egg chairs did not go on sale today, and when they will actually be available to buy.

We will update this story once we know more.

If you’re desperate for a hanging chair, all is not lost as Tesco launched a £150 version after Aldi’s last batch sold out.