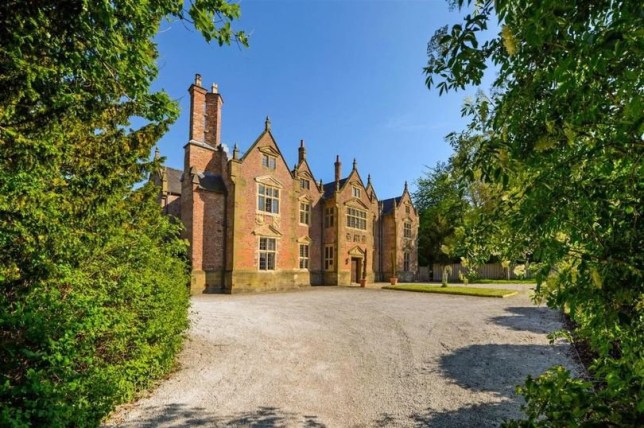 Attention, those saving up for a house.

Why settle for a standard three-bed in the suburbs, when you can have an entire mansion in a grade-11 listed, 16th-Century manor house in Wrexham, north Wales.

It’s only £850,000. We say only, that’s still a lot, but far less than London housing has warped our brains to think is the norm.

The house is part of Trevalyn Hall, which was split into separate homes in the 1980s.

Now, the six-bedroom wing is up for sale through estate agents Monopoly, who describe the house as ‘a fantastic example of an Elizabethan country house’.

Sounds good to us. 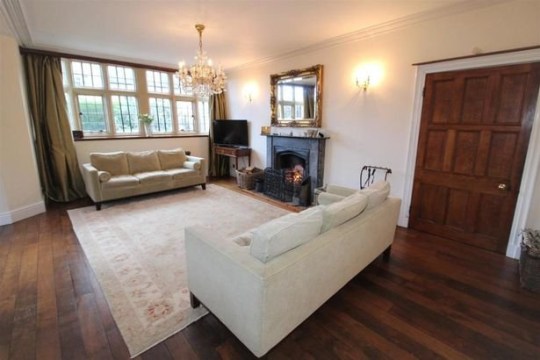 A six-bedroom wing of Trevalyn Hall is up for sale, after the building was split into two homes in the eighties (Picture: Monopoly/Wales News Service)

There are still original period features, such as the stone dressings and bays, but the property has been transformed into a dreamy home for a family.

Constructed from brick, the building offers around 4,164 sq ft of space, and is spread over three floors.

On the ground floor, you enter into a hall, which leads you to to the dining area, a sitting room (complete with an open fireplace), and a drawing room. 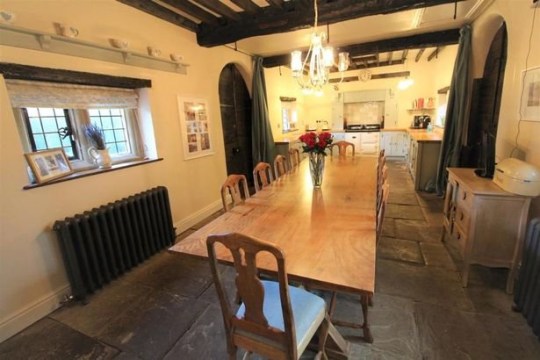 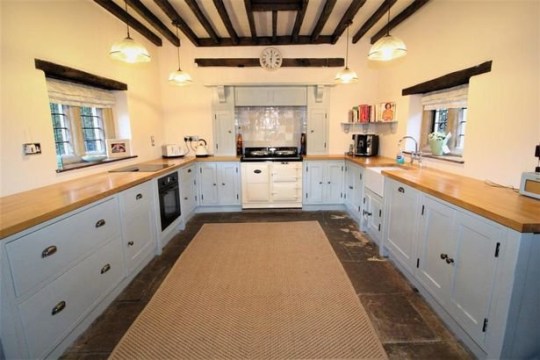 But the property has been updated so it’s a great family home (Picture: Monopoly/Wales News Service)

Also on this level is the fitted shaker-style kitchen, with solid timber worktops, an electric aga, original stone flooring, and exposed timber beams, and the breakfast room.

Go up the grand timber staircase to the first level and you’ll find the master bedroom, which has gorgeous stained glass windows and an en suite bathroom, complete with a roll-top freestanding bath. 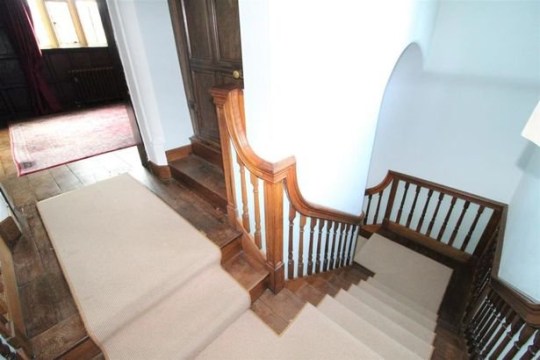 The second and third bedrooms are on this floor, too, one of which has timber flooring and a fireplace with a slate hearth. Fancy.

On the top floor are three more bedrooms, along with a box room that could work as a home office or for storage. 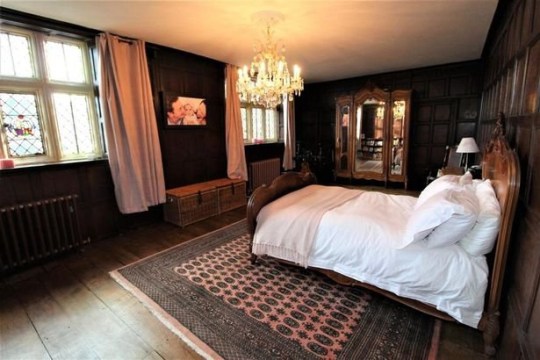 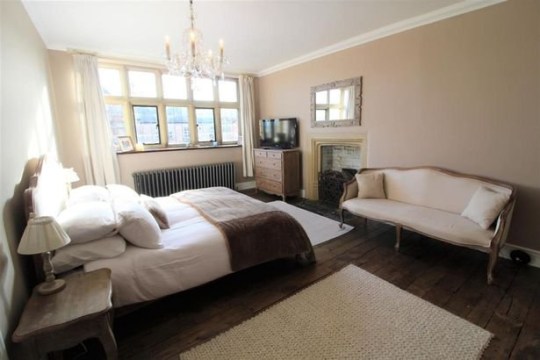 There are six bedrooms in total (Picture: Monopoly/Wales News Service)

Outside there are lovely gardens, plus two enclosed paddocks and a courtyard rose garden.

The listing reads: ‘Monopoly Buy Sell Rent are delighted to offer for sale the north east wing of Trevalyn Hall situated in the desirable village of Rossett.

‘The hall was commissioned by Sir John Trevor in 1576 and is a fantastic example of an Elizabethan country house. 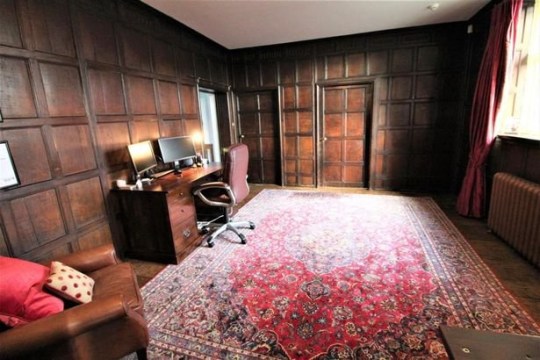 ‘The original parts of the property date from the late 16th century , is Grade II* listed and constructed of brick with beautiful stone dressings and attractive bays.

The property is set back from the road and is approached over a sweeping drive with paddocks to both sides.

‘The internal accommodation which incorporates the Porters Lodge is generous and well appointed. 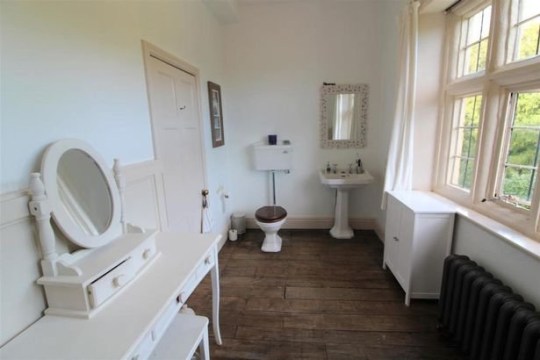 And here’s one of the bathrooms, in case you were wondering what they look like (Picture: Monopoly/Wales News Service)

‘The property is located on the Welsh/English border to the edge of the sought after village of Rossett which benefits from a range of quality local amenities and facilities.’

If you’re keen to put in an offer on your very own manor house wing, you can do so through Monopoly’s site.