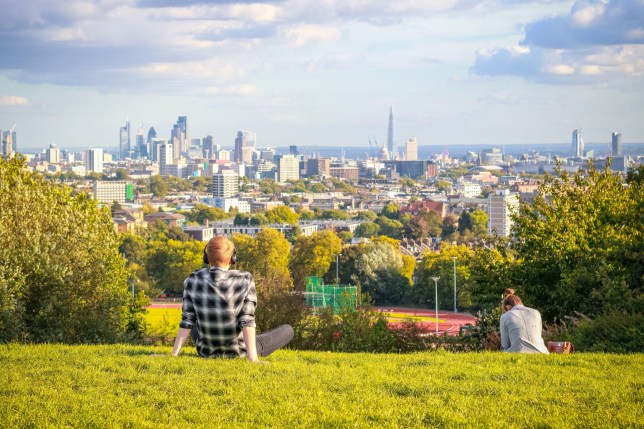 London was quiet in lockdown, but things are picking up again (Picture: Alamy Stock Photo)

Of all the disturbing images we’ve seen on our screens over the past year, those of London’s eerily empty streets during lockdown are most likely to have given aspiring buyers the wobbles.

However, the city is very much open for business and there’s every reason to feel confident that a property you buy now will appreciate significantly in value over the coming years.

Historically, the figures speak for themselves — the average London house price has jumped from £76,848 in January 1991 to its current record high of £501,320, bouncing back ahead of the curve after every recession.

Pent up demand for housing, coupled with low mortgage interest rates and the stamp duty holiday has led to prices being higher at the beginning of the pandemic, whereas they took nearly four years to reach their former levels following the 2008 credit crunch.

Simon Gerrard, MD of Martyn Gerrard Estate Agents, is brimming with optimism. ‘While all the stress and unknowns of the past year might not be behind us quite yet, one thing we can all be certain of is a strong and confident London property market for 2021,’ he says.

‘This is no flash in the pan situation — we’re seeing steady growth across all areas of the London market, buoyed by the recent budget that contained plenty for the property sector, and signals from every quarter that this will continue throughout the year and beyond.’

Increased demand from buyers moving back into London after previously swapping city life for the countryside during the first lockdown is certain to boost prices.

Research by First Mortgage shows that one fifth of those who moved out of cities in 2020 are planning to return within the next year.

‘Many people who enjoy socialising at pubs, restaurants and theatres have found that country life won’t be sustainable,’ explains David McGrail, director at First Mortgage.

‘While the 18-34s were most likely to have moved out of a city centre during lockdown, they are also three times more likely to move back.’ And according to a survey by Barratt Homes, 85% of people who currently live in the capital plan to stay within its boundaries when they move.

Of course, once travel corridors reopen, competition from overseas buyers is set to heat up.

Despite uncertainty around Brexit as well as the pandemic, London has lost none of its lustre and a study by Totaljobs and Boston Consulting Group has revealed that it remains the world’s most attractive city to live and work in.

Upgraded forecasts from Savills show that house prices in the mainstream market are expected to increase by 12.6% over the next five years.

‘Activity has already picked up more quickly than expected, telling us that buyers believe in the future of London as a global city,’ says Frances Clacy, residential research analyst at Savills.

So, where are the capital’s latest hotspots?

If you can see beyond Croydon’s divisive post-war architecture you’ll be impressed by how much it has to offer.

There’s the 20-minute commute into central London, it’s a leading tech hub and under normal circumstances there’s lots to do with a restaurant quarter, Boxpark, festivals and a lively music scene.

With £5.25billion invested in regeneration, it’s affordable by London standards. 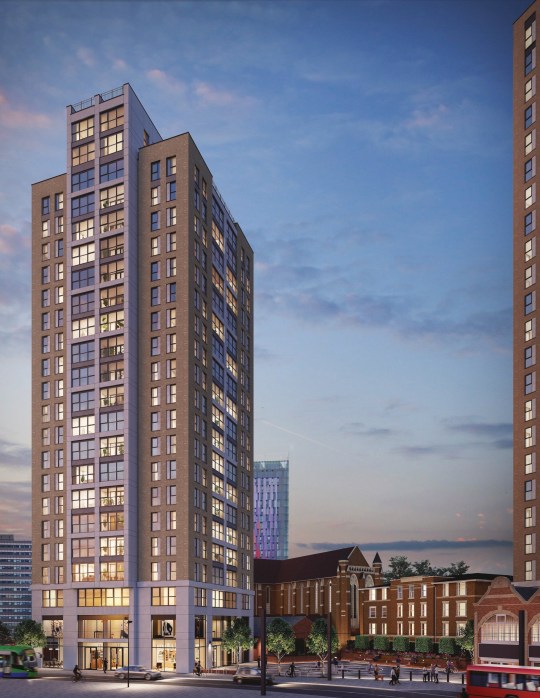 Affordable Croydon is ideal for commuters

These one, two- and three-bed apartments are in a landscaped square opposite West Croydon station and feature open-plan living areas and winter gardens. They’ll be ready from 2023. londonsquare.co.uk

The capital’s best place to go for a curry, it’s also very well connected, lying between the M4 and A40, close to Heathrow and with frequent trains to Paddington and Crossrail to come. 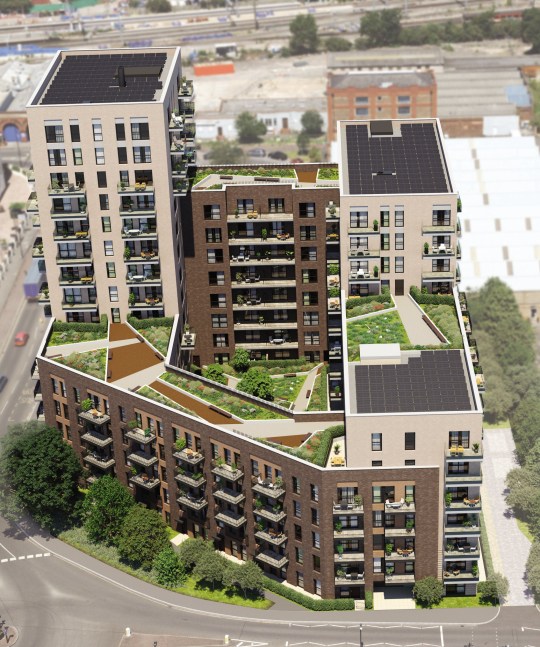 Green spaces right on your doorstep (or rooftop)

Help to Buy is available on these one- and two-bed apartments. Most have outdoor space, plus three rooftop gardens. galliardhomes.com

Silvertown is in the heart of The Royal Docks, with City Airport close by.

At £434,000, the average property price here is £132,000 less than Canary Wharf, with more than 8,000 new homes to be created at two regeneration projects: Silvertown Quays and Thameside West. 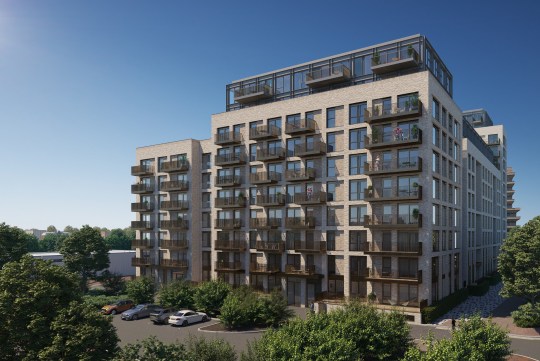 Silvertown is considerably cheaper than its neighbour Canary Wharf

The transformation of a former munitions site into a thriving new community at Royal Arsenal Riverside is one of London’s success stories.

When complete, it will consist of over 5,000 homes (many in restored buildings), bars and restaurants, a new creative district and a Crossrail station. 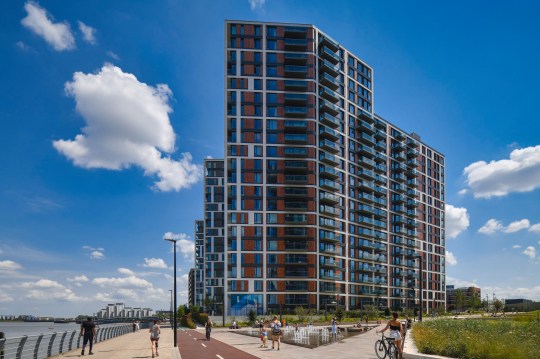 Nab a spot at this up-and-coming development early

This flagship scheme offers one-bed apartments up to huge three-bed penthouses. Help to Buy’s offered on some one-beds. berkeleygroup.co.uk

This easterly town — which became synonymous with the Ford car plant — is the capital’s cheapest borough for buyers and is in the London Riverside Opportunity Area, where 26,500 homes are to be delivered.

It’s soon to be sprinkled with Hollywood stardust as an LA developer is building a film studio locally. 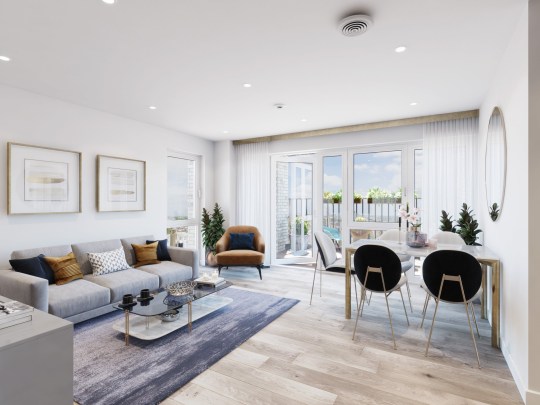 Cheapest spot in town – but still with plenty of glam

Shared ownership is available at Clarion Housing’s studio, one, two and three-bed flats. Dagenham Dock station is nearby. merrielands.co.uk

The demographic of this family friendly area is altering due to an influx of first-time buyers snapping up new-build town centre apartments, often through Help to Buy or shared ownership.

A 15-minute commute to Zone 1 adds to its appeal. Zoopla has calculated that prices have risen by 5% over the past year, and a £2million-plus investment from the Mayor of London is being used to improve the town centre. 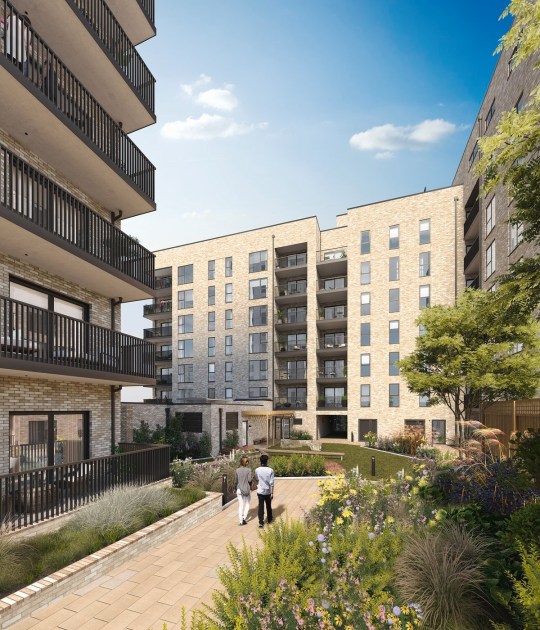 Family-friendly Harrow is on the up thanks to regeneration projects

Only a few spacious one and two-bed apartments are left in this central scheme, with a landscaped courtyard garden, close proximity to the two shopping malls and Harrow-on-the-Hill station.

Help to Buy is also on offer. hill.co.uk

Only one stop along from Southall on the much-anticipated Elizabeth Line, Hanwell is a hidden gem offering open space, scenic walks, good schools and period housing.

With travel upgrades and more than 1,800 new homes to be delivered the area’s profile is on the up. 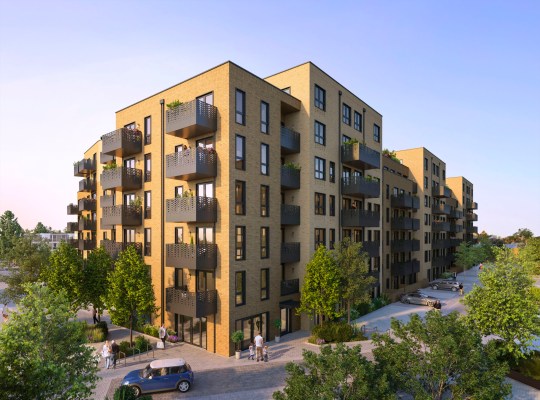 Like the idea of having everything on your doorstep? Wembley Park’s the place for you. It has blossomed into a thriving neighbourhood with thousands of new homes.

It is also a shiny shopping and entertainment destination that includes London Designer Outlet, Boxpark and restaurants — all 12 minutes by Tube from Zone 1. 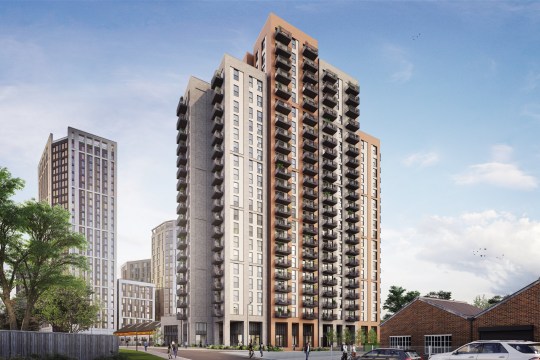 Wembley Park is one of the capital’s newest hotspots

Reserve a one or two-bed flat in this 23-storey building and you can look forward to views from your own balcony or the five rooftop gardens. Ready early next year. barratthomes.co.uk

Get ahead of the pack by buying one of the first homes in what’s set to become a major new urban district.

London’s largest business park, found next to the A40 and North Circular, will transform in the next 30 years with 25,500 homes being built alongside offices, amenities and a new station at Old Oak Common. 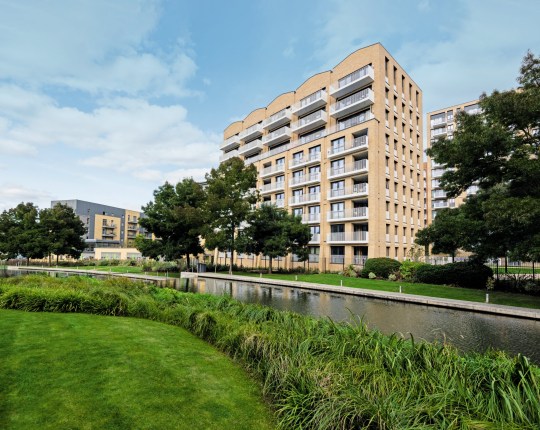 A collection of one, two and three-bed apartments with integrated kitchen appliances and water-saving baths. Help to Buy’s available and some units have a furniture package. fairview.co.uk

Colindale has reinvented itself as a new-build hotspot, with more than 10,000 homes being built. 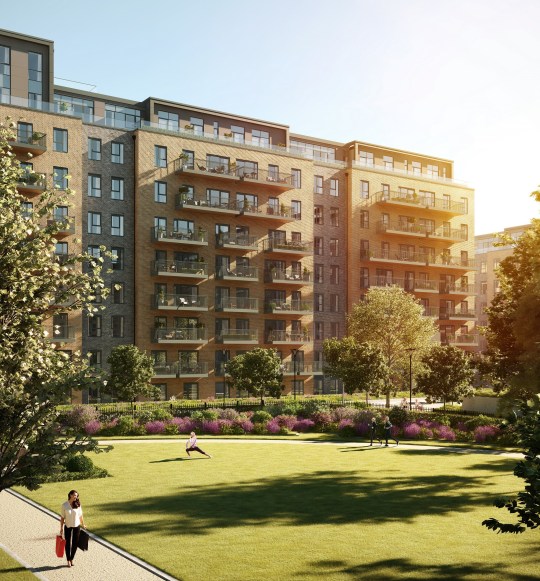 Farington House is the latest addition to St George’s ongoing development. All apartments have outside space. beaufortpark.co.uk