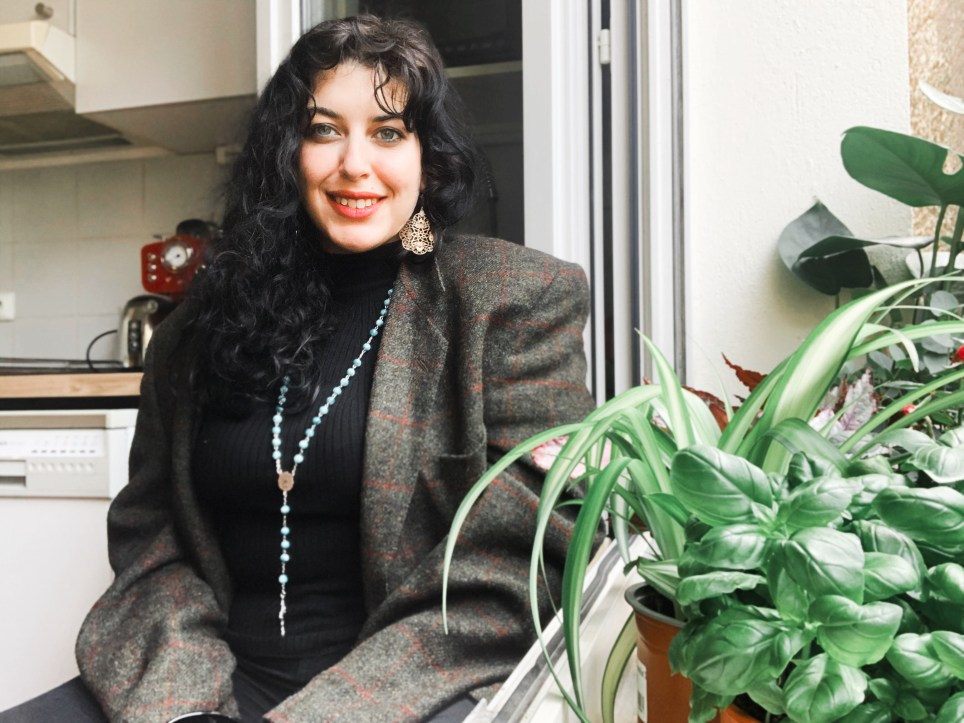 Farah moved from New York to Paris in 2016, ‘just because’ (Picture: Farah Al-Hashem)

Welcome back to What I Rent, our weekly series taking an honest look at the world of renting.

Last week we were in Birmingham, looking around the gloriously colourful one-bedroom flat Maisie rents for £700 a month.

This time we’re a little further afield, in Paris, France.

Farah Al-Hashem, 33, is a film director and journalist currently serving as a digital media consultant for Unesco.

Originally from Beirut, Lebanon, she moved from New York to Paris in 2016 ‘just because’.

‘It was one of those things you do .. after you watch a black and white film by Jean Luc Godard then say, “Hey, I want to live in Paris”,’ says Farah, ‘and then you actually do it.’

Here’s what she rents… 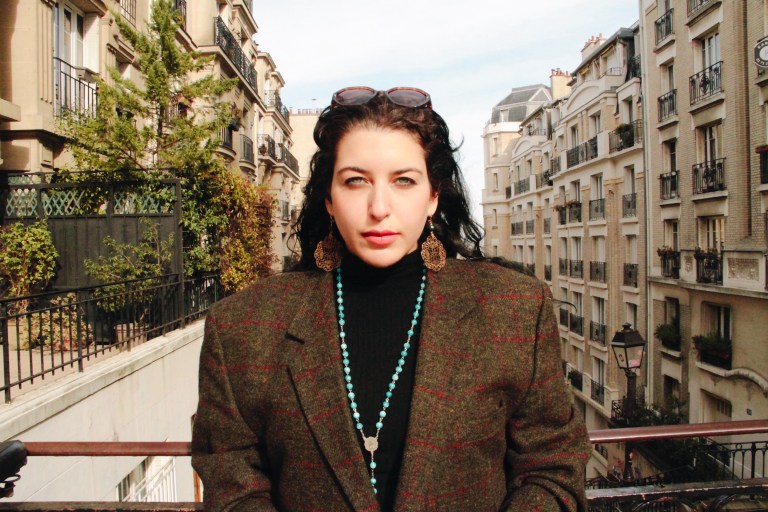 Hey, Farah! How much do you pay to live here?

Rent is €1,150 including internet, water and additional €30 euro extra for electricity. Insurance once a year is around €67.

It is large studio 32metre squared open space. American style kitchen, two large windows, high ceiling, a large bathroom, a tiny room for a washing machine, and an outside garden.

Whereabouts are you based? What do you think of the area?

Right before I moved here I was in Le Marais, the Jewish neighbourhood, but it was too trendy for my taste.

Now I live in Montmartre – I fell in love with the area.

You know your neighbors in first name basis, shop owners say hi to you. It’s a village here and I love that feeling

With its cobbled streets, stunning Basilica, artists, bistros, Montmartre is full of charm.

I always carry my camera and I don’t need a permit to film here especially as an indie filmmaker.

We even have our own newspaper! It is called ‘the black cat’ in French 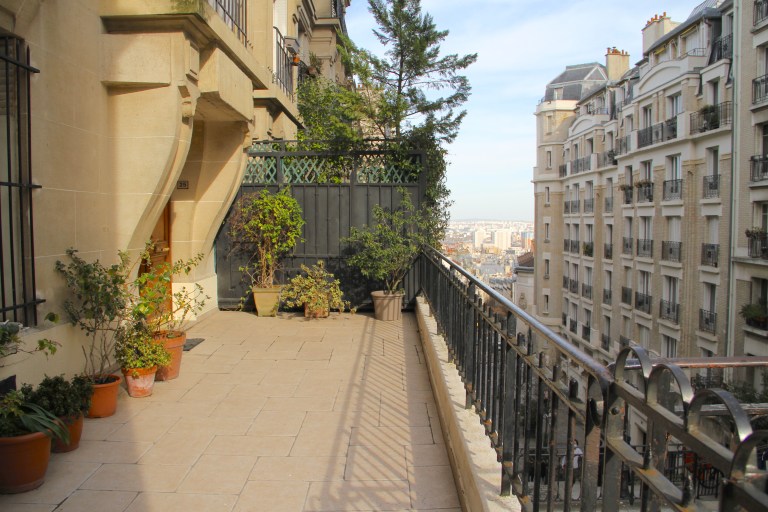 Do you think you have a good deal?

Oh God, yes. I live in the centre of everything gorgeous. When I open my window I can see museum of Montmartre, and the garden of Pierre-Auguste Renoir.

Every Sunday I enjoy waking up on church bells of Sacre Coeur, the smell of fresh made bread and eggs on Saturday mornings from my neighbour’s kitchen… It is like living inside a film

I had a smaller apartment in Le Marais and twice the price – it was ridiculous!

How did you find this property?

Studiodeparis. I was lucky enough to get this apartment quickly by only showing my credentials as a student back then and paying a security deposit.

Renting in Paris is hard for non-French people, you need a French guarantor. It’s so complicated but I was lucky to find this gem. 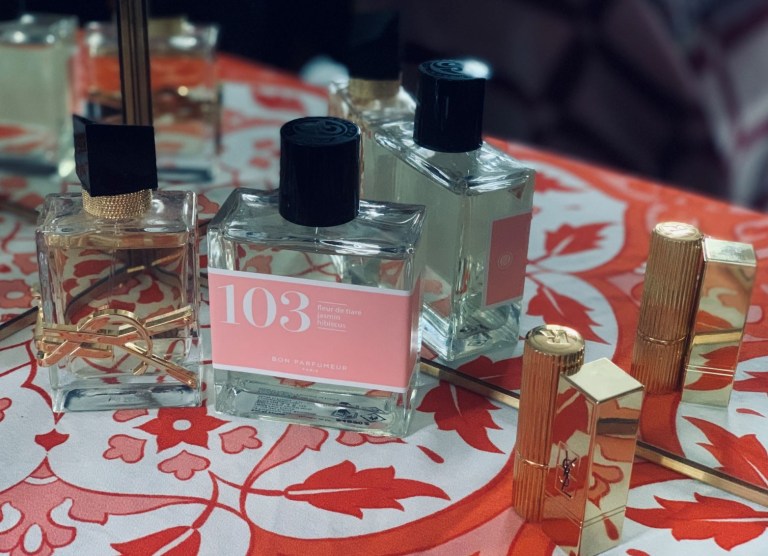 How have you made this place feel like home? Has your landlord been okay with you making changes?

The owner is very understanding. She is slightly older like in her mid 40s so we are somehow close.

We have similar tastes we like vintage/modern mix of furniture, comfortable shades of brown/black/white. I tried to add little bit of color for the curtains and the sofa.

My landlord also renovated the kitchen and bathroom last summer, so we work together to make this apartment feels like home. We have the same objectives.

I don’t know. I used to love big spaces, I lived in two-bedroom apartment with a rooftop in LA, and one-bedroom penthouse in New York, paying $4,000 and $5,000 dollars per month… but I was not happy.

I mean I was comfortable, I was living in my favorite cities, but the thing is, it is never about the money or the space.

I found that inner je ne sais quoi here in Paris, even in a small apartment like this. 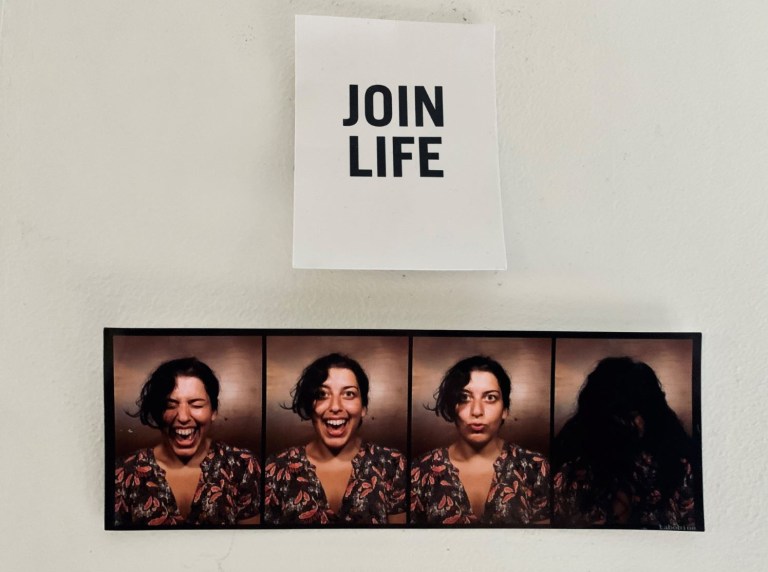 She hasn’t made many major changes to the interiors, but has put up plenty of photos and artwork (Picture: Farah Al-Hashem)

Are there any problems with the home you have to deal with?

Yes, when I get married maybe, or have a child, I’ll move to a bigger two-bedroom place, only to make room to family.

But I will remain in Montmartre – that’s for sure!

Do you want to own a place some day or are you happy to rent?

I’d love to own in the south of France.

Shall we take a look around? 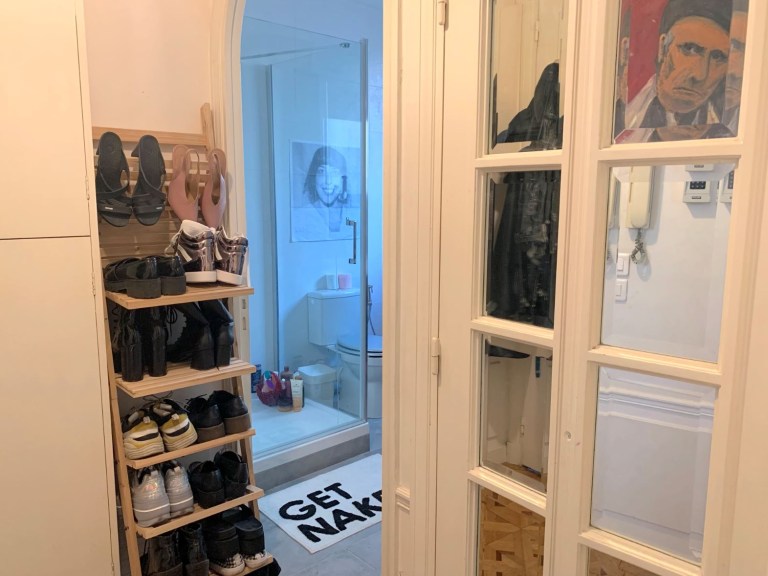 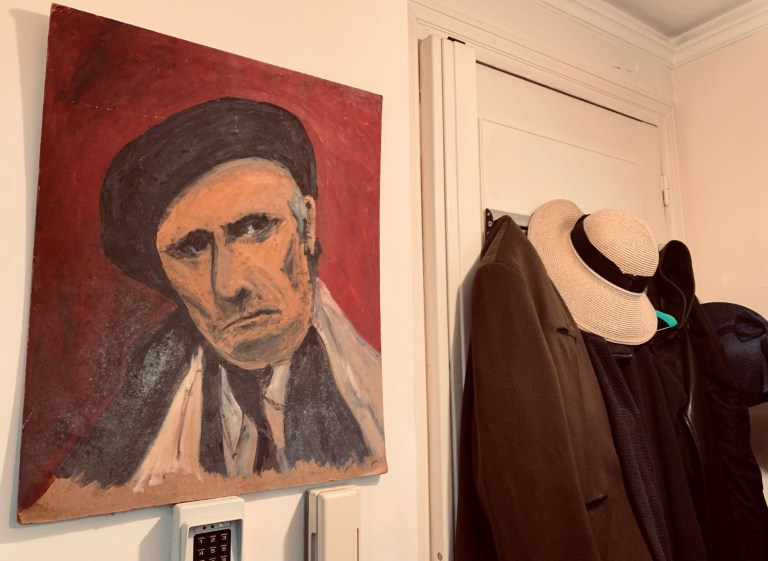 Farah says this painting is all about Parisian attitude (Picture: Farah Al-Hashem) 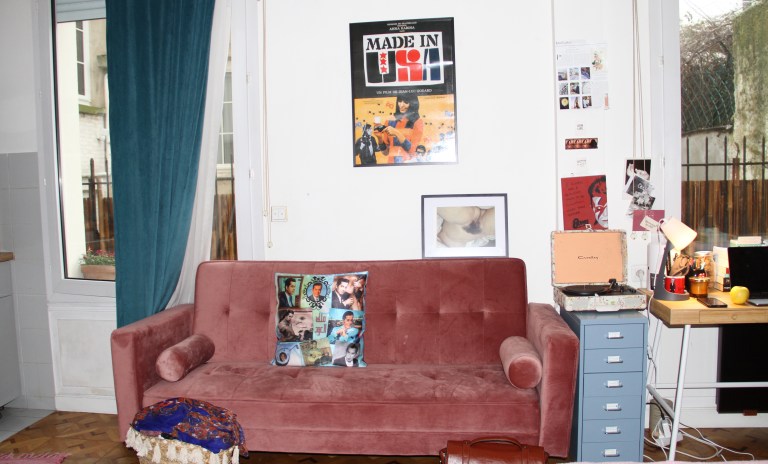 The apartment is an open-plan studio (Picture: Farah Al-Hashem) 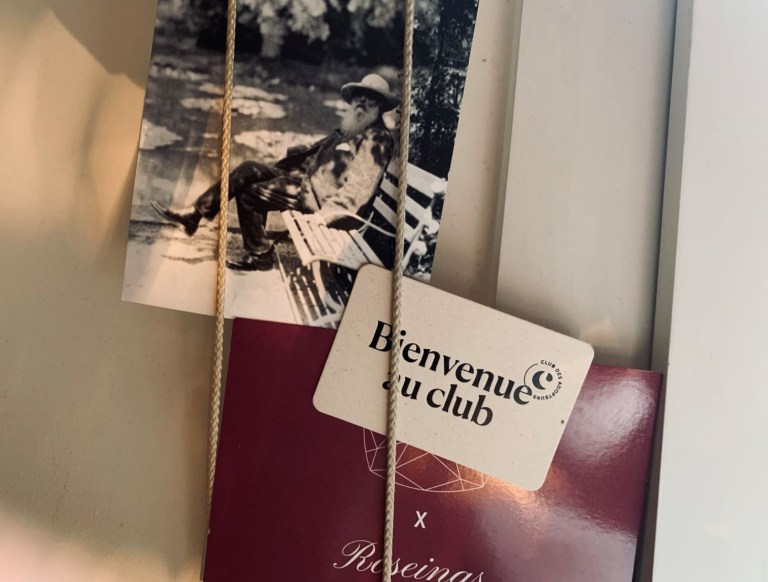 Farah loves to bring in pieces from her travels (Picture: Farah Al-Hashem) 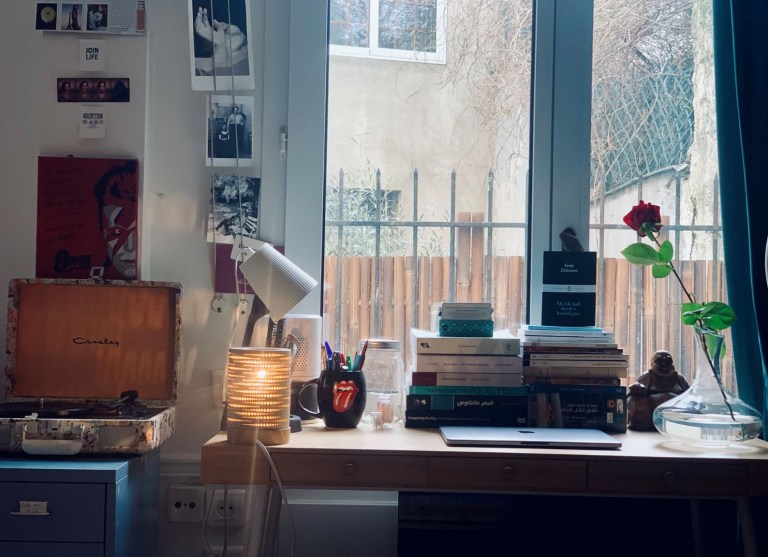 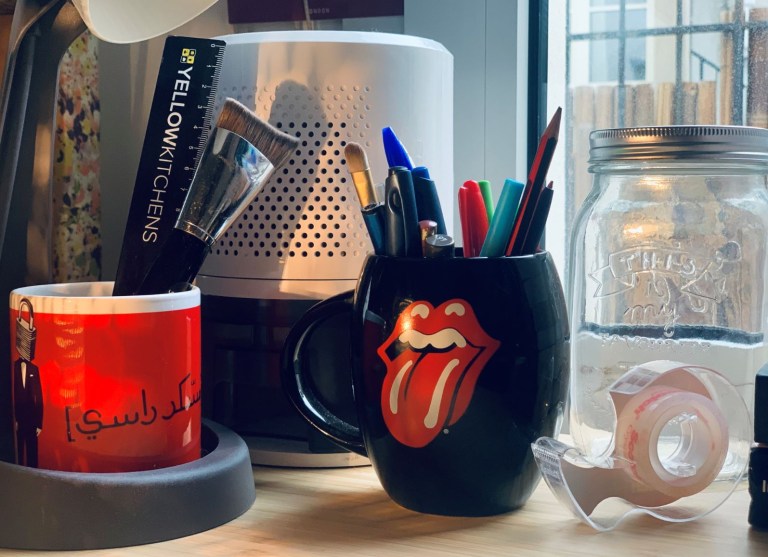 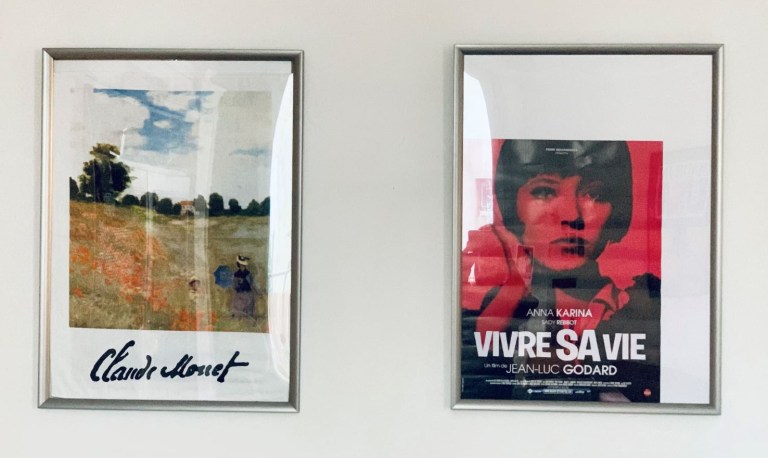 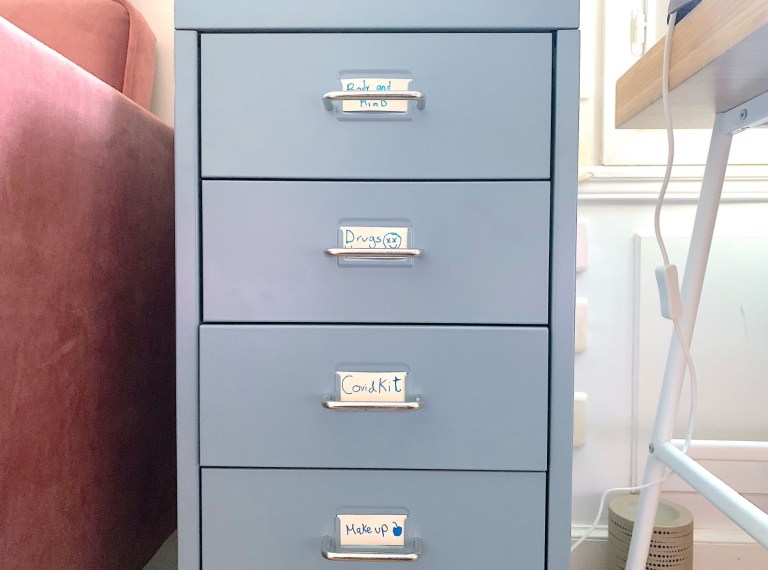 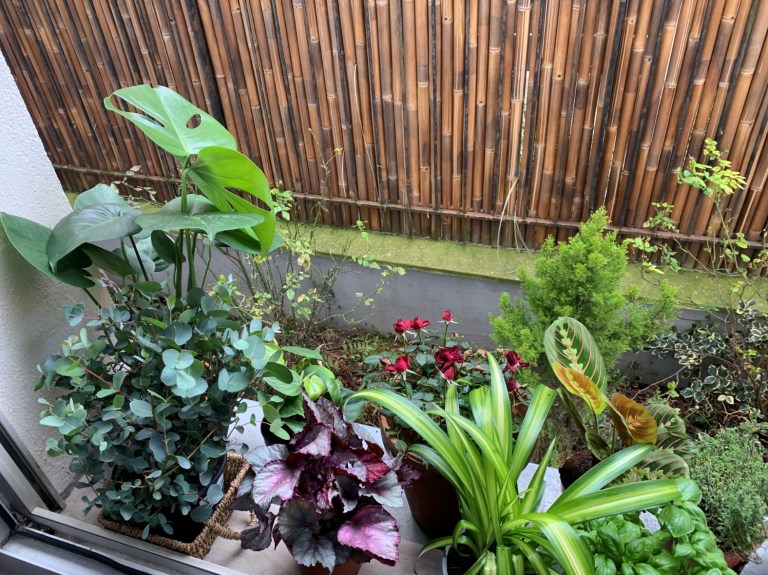 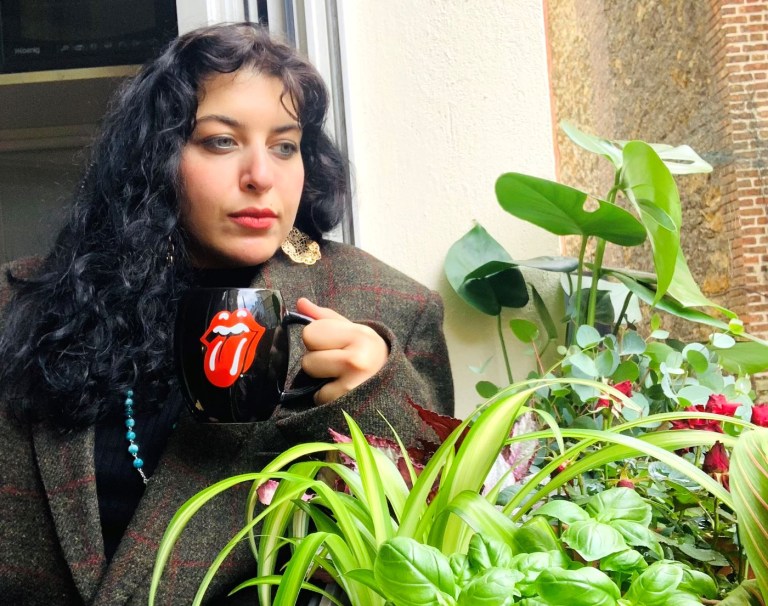 Farah drinks her coffee with the plants each morning (Picture: Farah Al-Hashem) 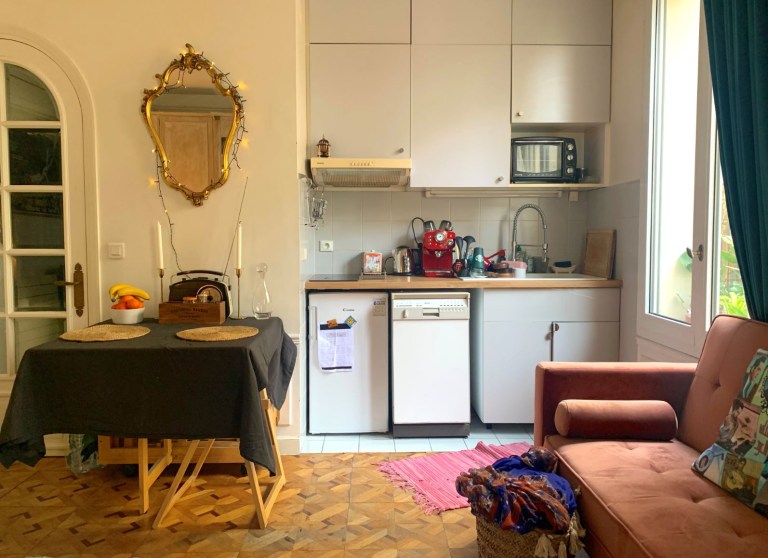 The kitchen is on the small side, but Farah doesn’t mind (Picture: Farah Al-Hashem) 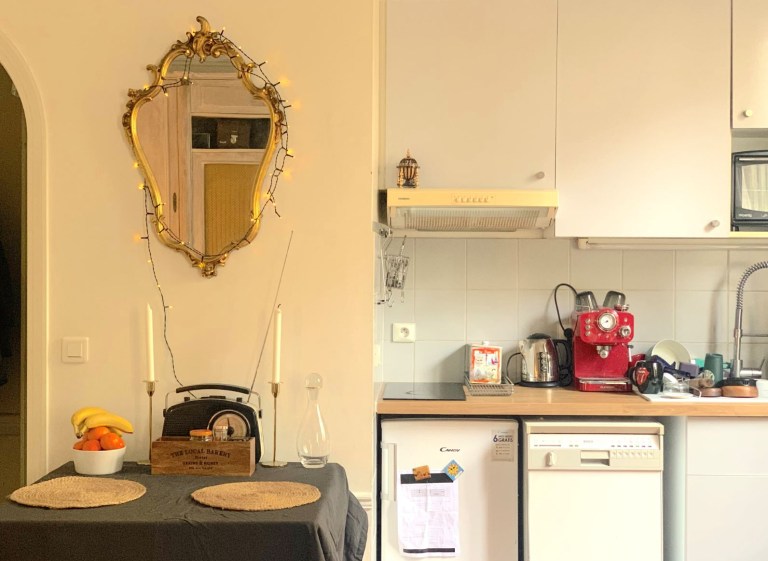 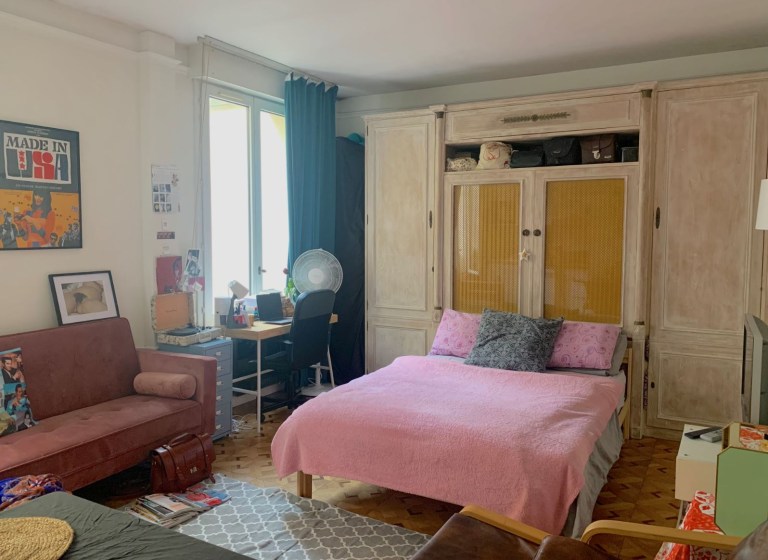 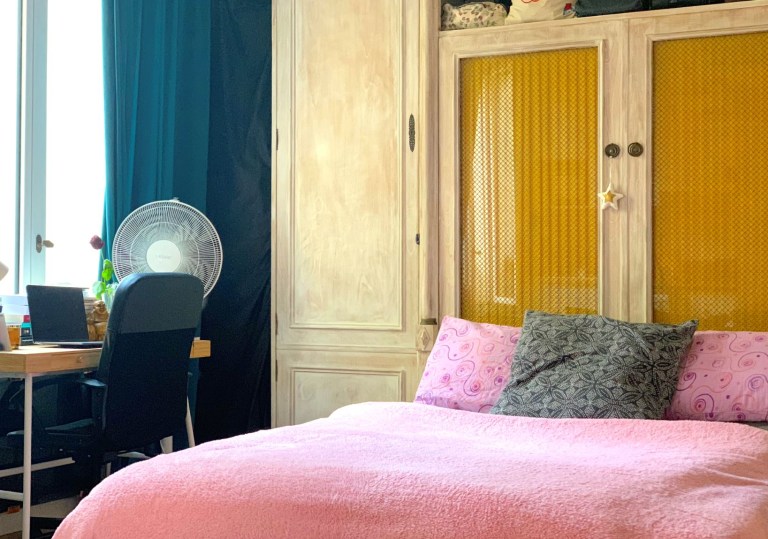 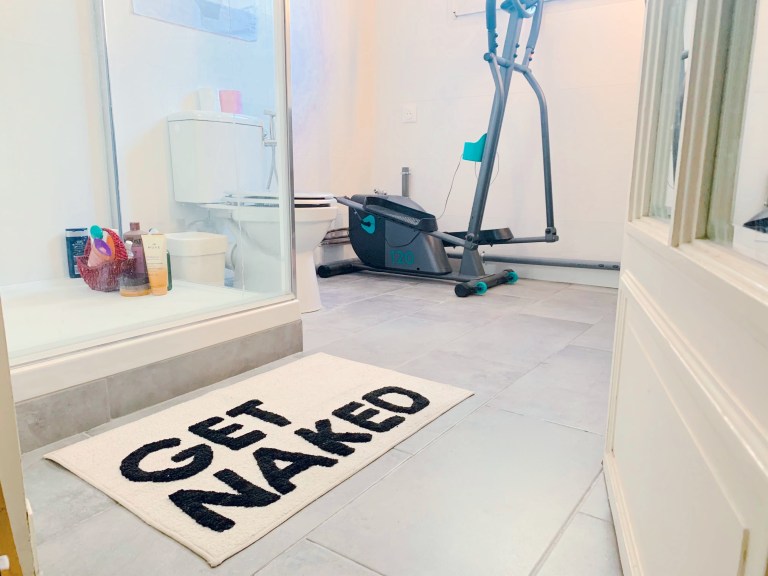 And the bathroom is big enough to fit in fitness equipment (Picture: Farah Al-Hashem) 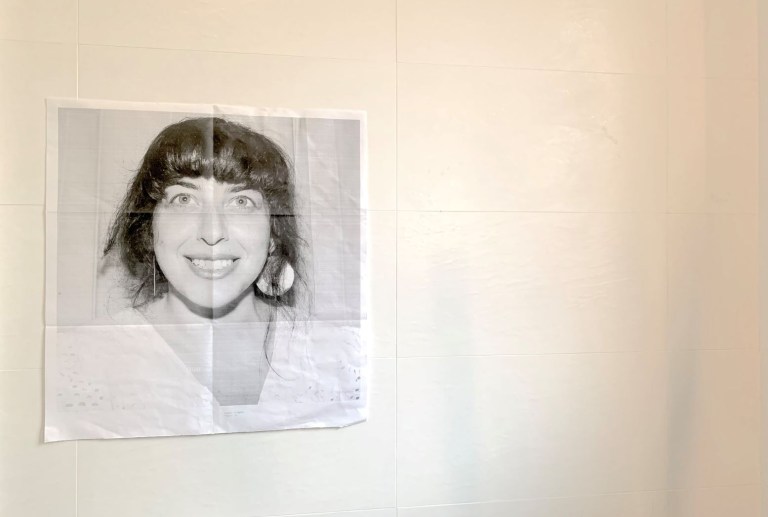 The filmmaker calls this her ‘happy place’ (Picture: Farah Al-Hashem)