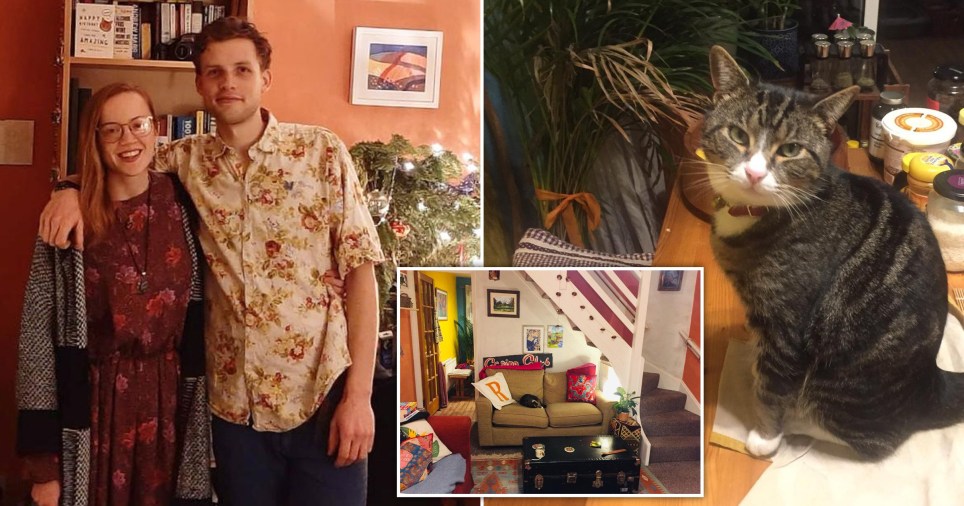 What I Own is back with a bang for 2021, speaking to people who have taken the plunge and bought their own properties.

Each week we look at how people bought their first homes to try to illuminate the intimidating world of massive deposits and getting a mortgage.

We’re kicking off by speaking to Roz, a 27-year-old junior doctor working in Manchester, who lives with her boyfriend Nick – also a doctor.

The medics bought their two-bedroom Manchester home in autumn 2019 and have spent the last year putting their own stamp on it with colourful paint, second-hand furniture and lots of art.

As part of our weekly series, Roz shares her experience of buying a house with Nick.

Where is your property? And what do you think of the area?

Last year we bought our first home together – a two-bedroom house in North Manchester, in the Miles Platting area. We really love the location as it’s only a 10-minute cycle into the centre of Manchester, but is also right near the beautiful Clayton Vale to go for walks – especially nice during lockdown.

Plus the Peak District is only about a 30-minute drive away which is an absolute dream.

When did you move in?

We started looking at houses during summer 2019, moved in October 2019. 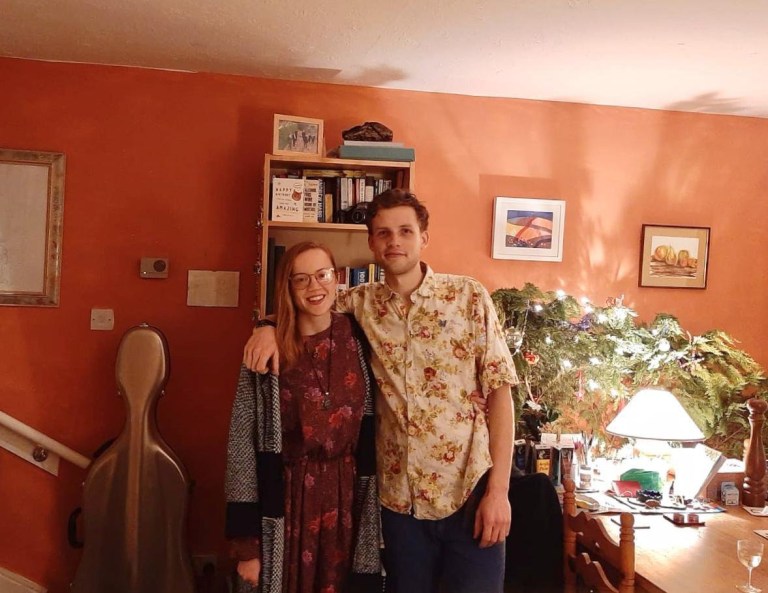 The pair live and work in Manchester (Picture: Roz H)

Let’s talk money – how much does your property cost?

And how much was your deposit?

What is the monthly cost of living here now: both mortgage and bills?

How did you save up for your deposit?

A mixture of our own savings from working and borrowing from family members. 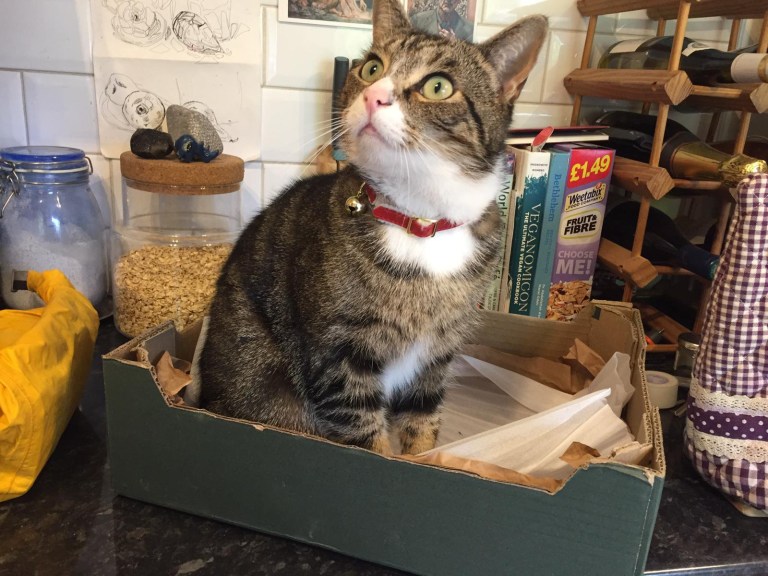 What was the process of getting a mortgage like for you? Did you find any parts challenging?

The beginning part all went pretty smoothly for us. We thought we’d struggle to get approval as Nick was still a student at the time but it was actually fine.

The hardest part was probably the waiting for all the paperwork to go through, which takes an absolute age.

Lawyers are not the easiest people to get hold of so there was quite a lot a sitting around just hoping the phone would ring to say we were ready to go.

Where did you live before this?

We were renting a flat in central Manchester.

What made you want to buy rather than renting?

It was Nick’s idea really – it just felt like it was a good way to save money in the long run, as opposed to renting. The big idea is to eventually save up money to buy a bit of land somewhere to try and set up a sort of ethical vegan farming co-operative.

Also, we’re both quite artistic and just really loved the idea of having our own space and garden to get a bit creative. 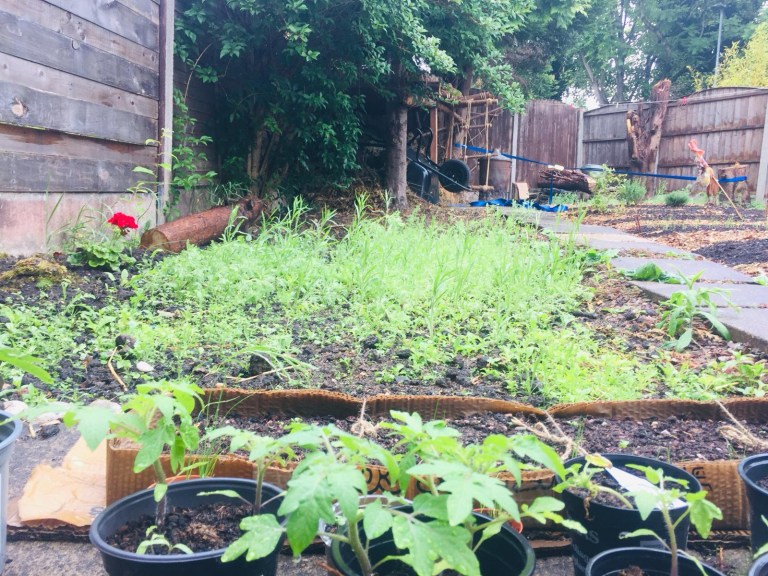 Lots of space for plants and veggies (Picture: Roz H)

How did you find this house? What made you choose it?

We spent a lot of time trawling through housing websites, then eventually got an estate agent to help us sort out various viewings.

I think the first thing that grabbed us with this house was the size of the garden – nowhere else within our budget had any decent space and we were pretty keen to try our hand at growing veg.

As well as that it just felt like somewhere we could put our own stamp on – a bit of a blank canvas really.

How have you made the property feel like home?

It was a bit of a beige box when we moved in so we re-painted the entire place in a variety of bright colours, including a few wall murals for fun.

Apart from tiling the bathroom, a few shelves and ripping up some carpets we haven’t made any structural changes – mostly just filled it up with a motley collection of charity shop furniture and a whole load of art.

A fair bit of work went into the garden – we pulled up all the paving, shovelled in a few tonnes of woodchip and created our own little vegetable patch. Nick even managed to build a little treehouse. 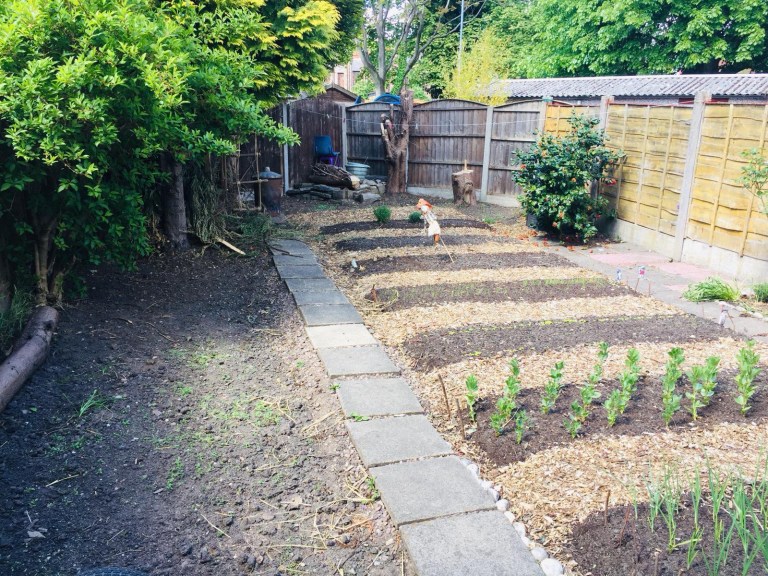 Definitely – it’s the perfect amount of space for the two of us. Plus it’s so nice to be able to have people stay in the spare room instead of just being able to offer a sofa (back when we were actually allowed guests).

Do you have plans to change the property?

No plans really, we’re pretty happy with it.

Are there any problems with the property that you have to deal with?

We had a few mini floods from a blocked washing machine but nothing a bit of DIY plumbing couldn’t resolve. Apart from that not really! 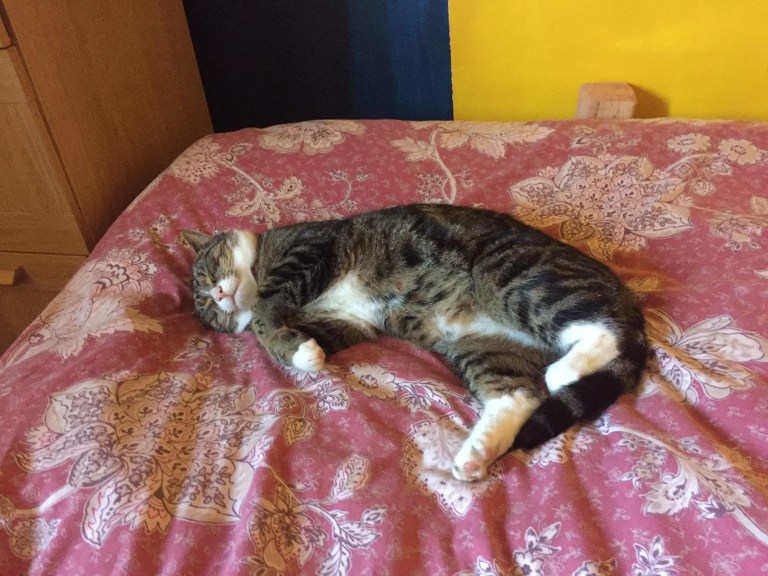 What do you want people to know about buying a home?

Probably the main thing is that from the outside it can seem like a really massive deal but in reality, the benefits definitely outweigh any hassle.

It can often seem like buying a house with someone is a huge step but if you’re able to work out what you each want out of it then it doesn’t have to become this big loaded moment, it can just be a fun thing to do that gives you a bit more freedom to be yourself.

Also I know getting together a deposit is by no means easy, but we weren’t able to make the 10% we thought we’d need and they still accepted, so it’s always worth asking and working with what you have.

What are your plans for the future, in terms of housing? Do you plan to stay here long term?

The next couple of years will probably involve a fair amount of time working abroad so we may end up renting the house to a friend for a bit.

After that it will really depend where we both end up completing the next stage of our medical training – we really love Manchester but I think somewhere a bit more rural will probably call us away at some point.

Shall we take a look around? 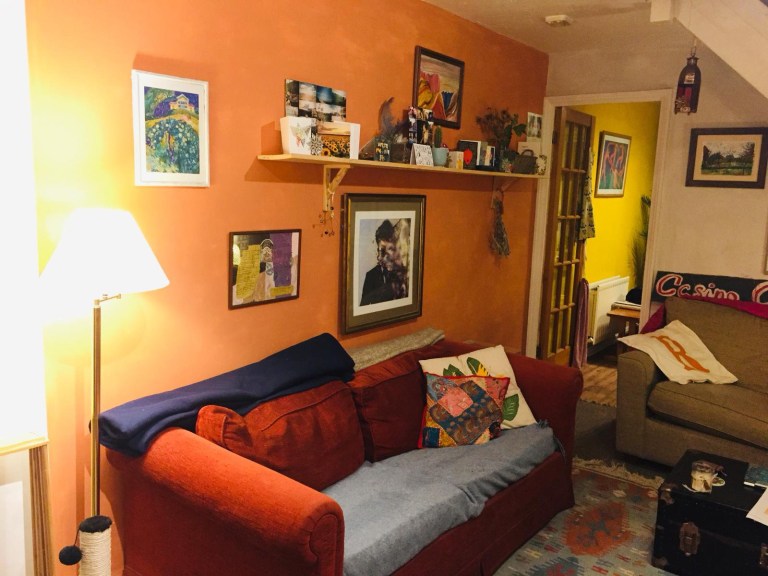 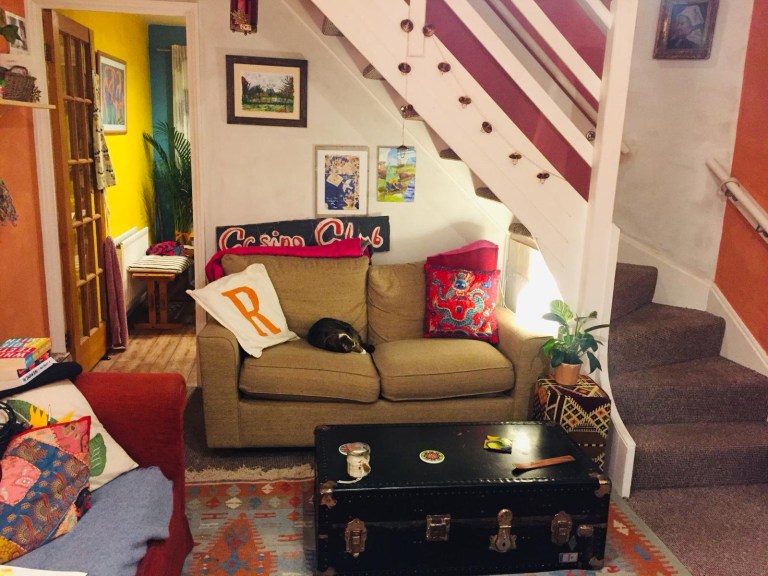 The couple live 10 minutes from the centre of Manchester (Picture: Roz H) 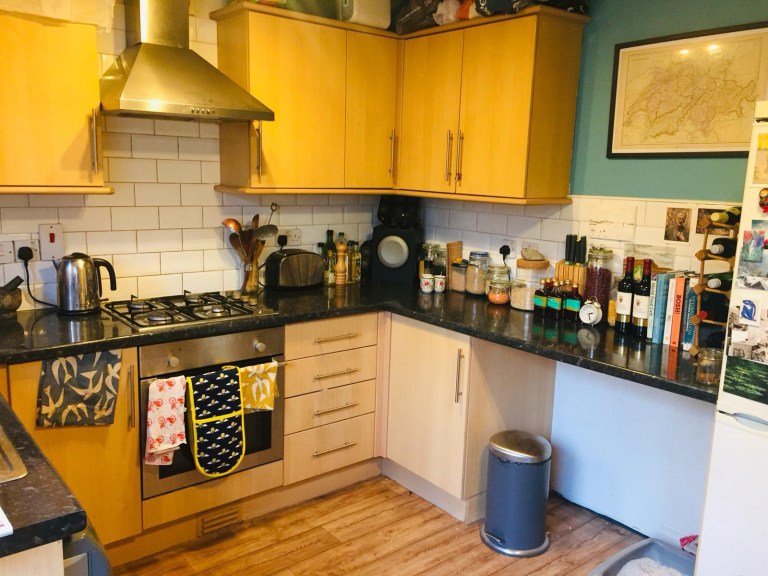 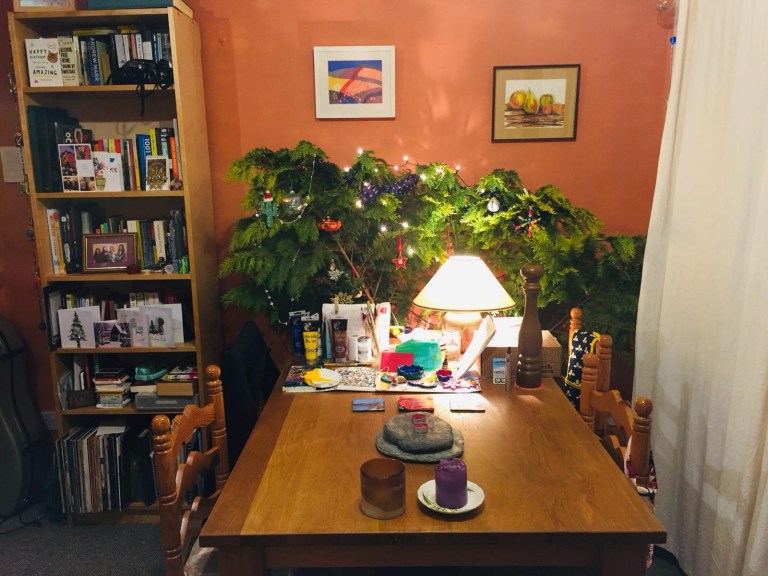 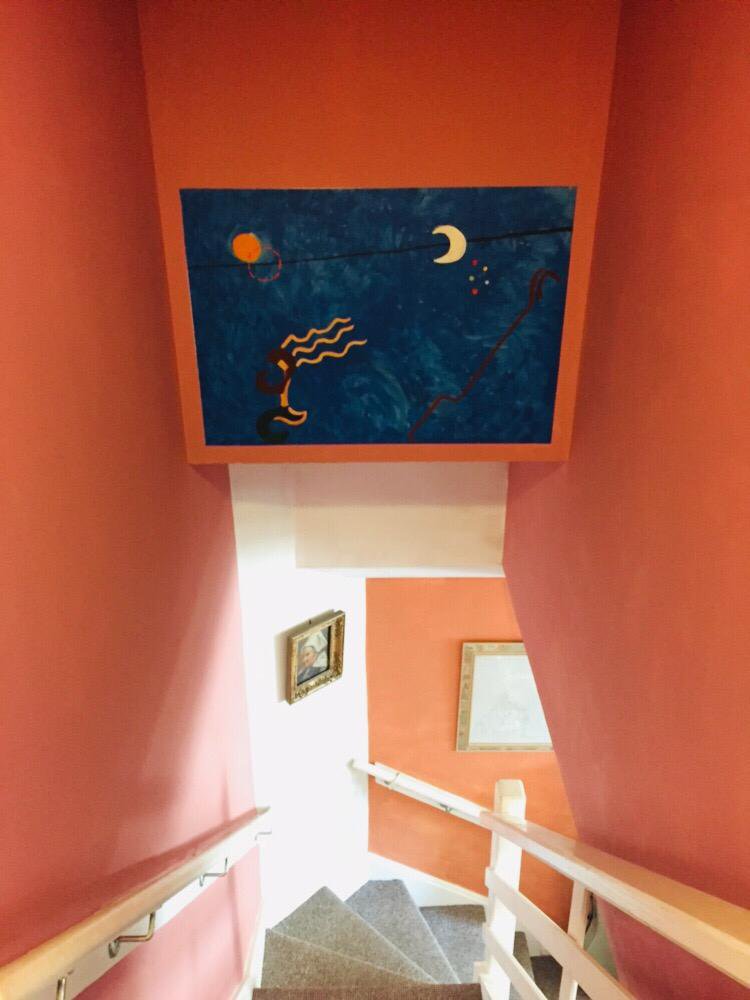 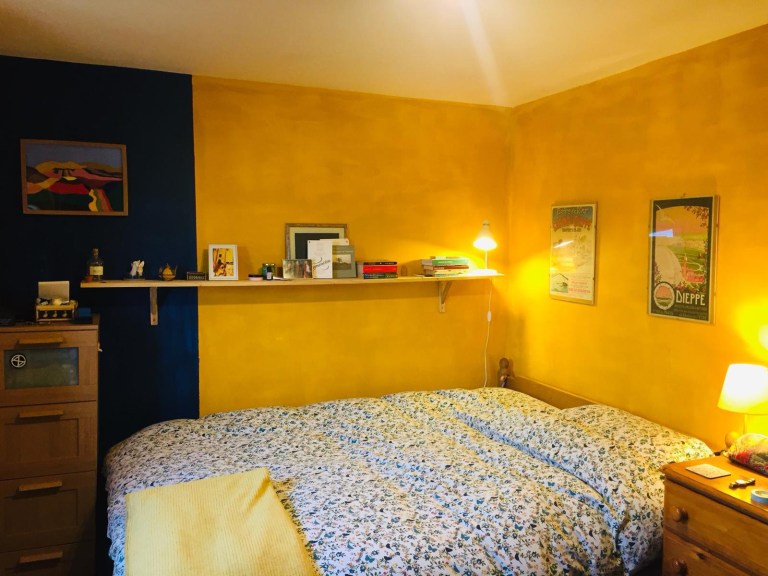 The artistic pair painted all the rooms themselves(Picture: Roz H) 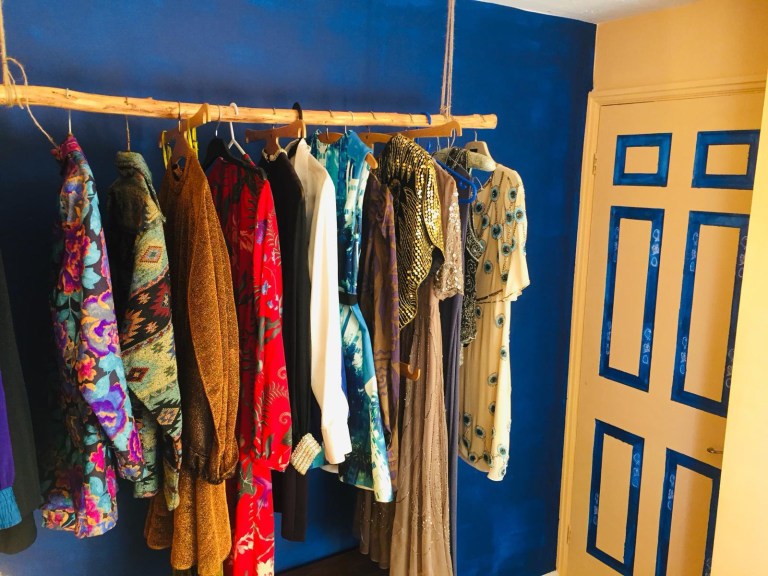 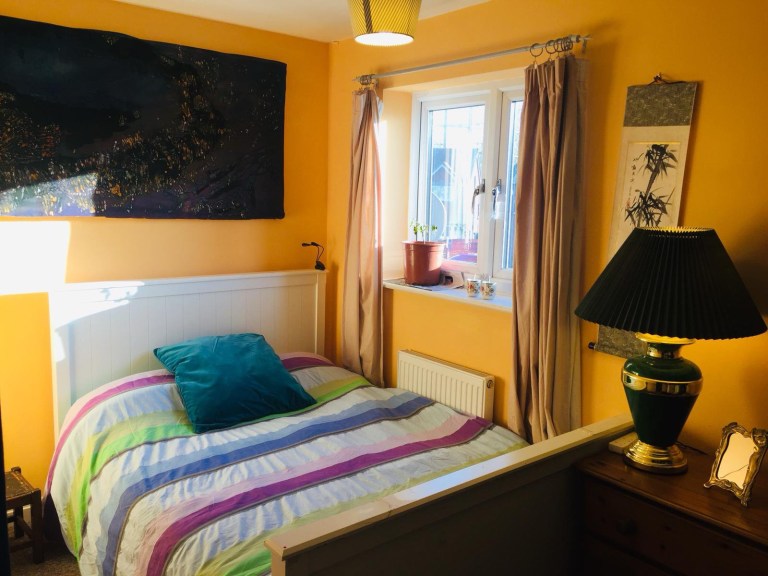 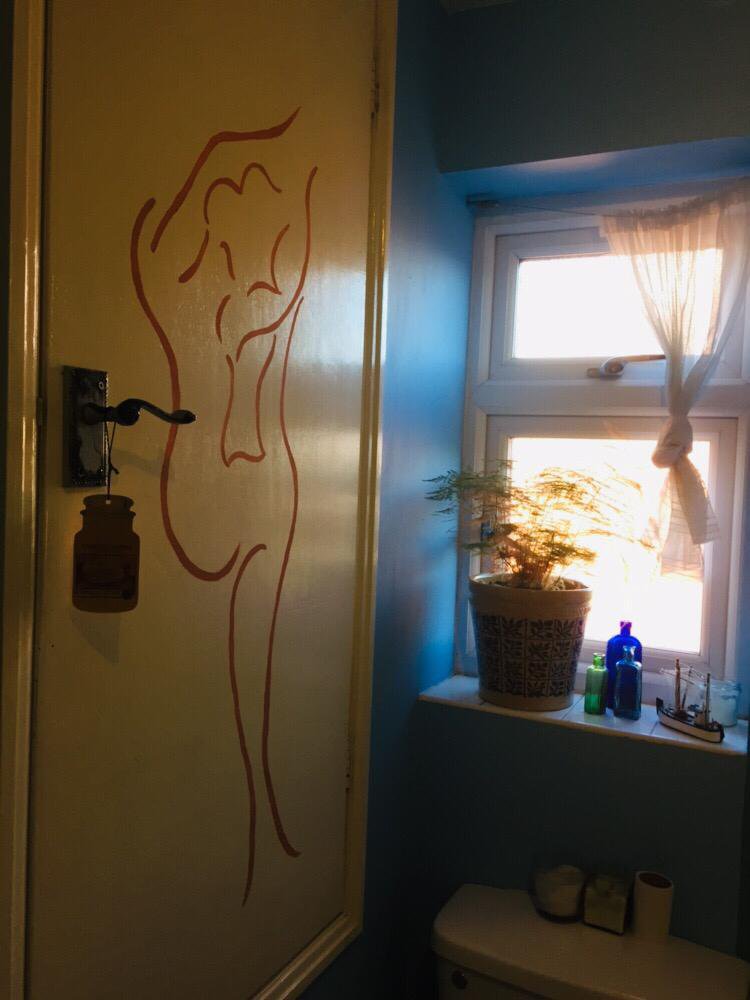 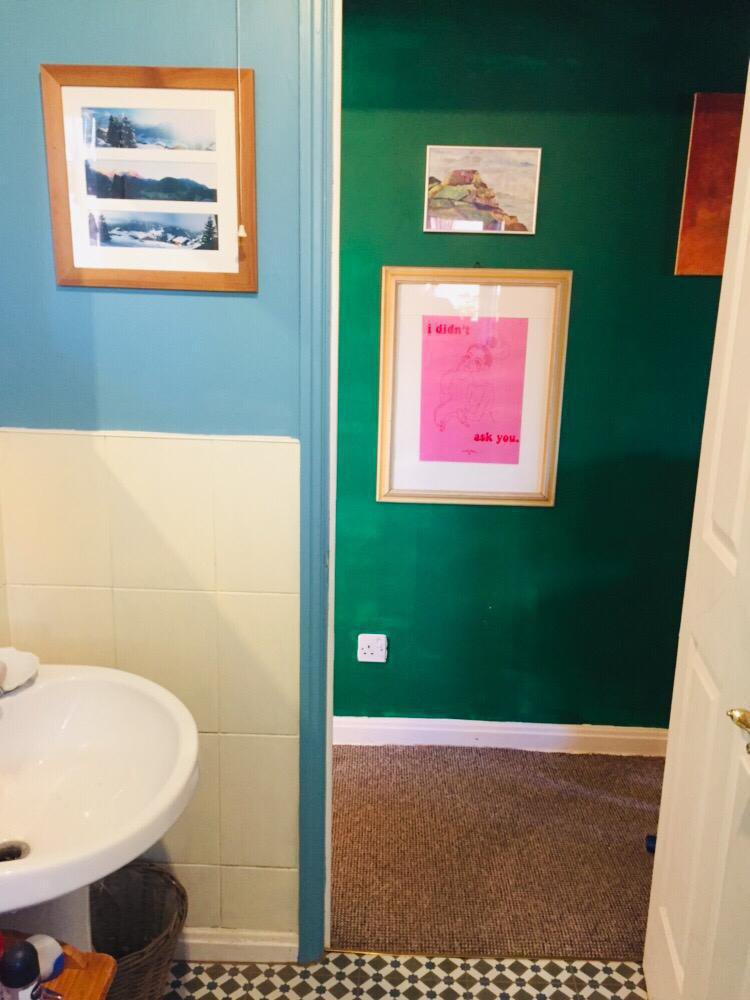 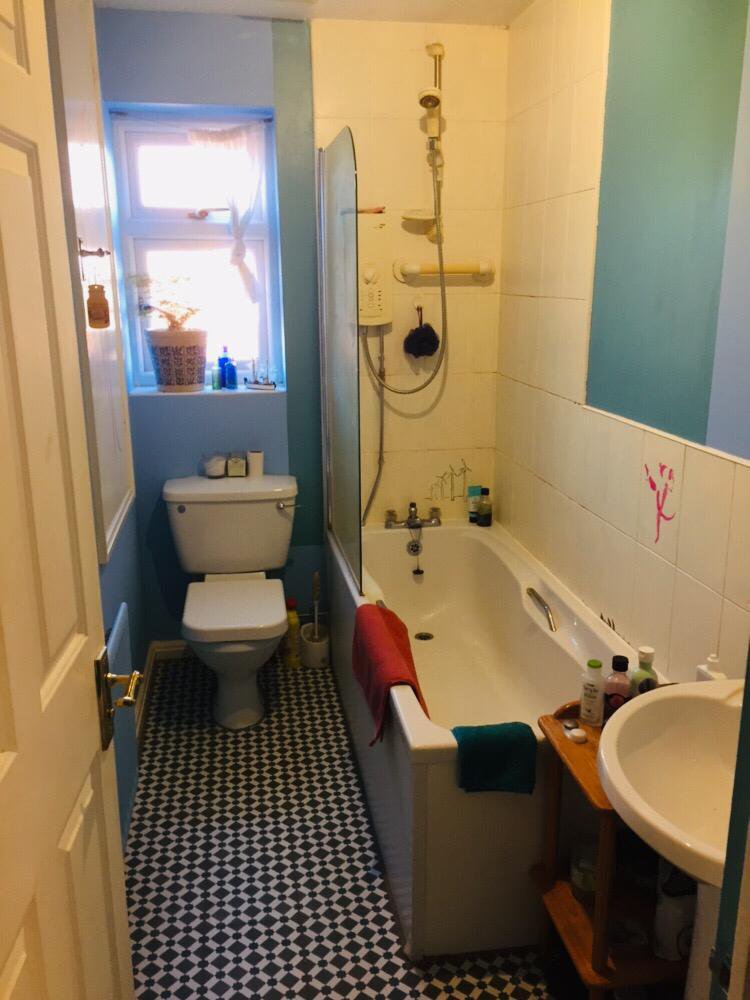 How to get involved in What I Own

What I Own is a Metro.co.uk series that takes you inside people’s properties, to take an honest look at what it’s like to buy a home in the UK. If you own your home and would be up for sharing your story, please email [email protected].

You’ll also need to be okay with sharing how much you’ve paid to live there and how you afforded the deposit, as that’s pretty important.

If you’re renting, you can take part too! What I Own runs alongside What I Rent, which is the same series but all about renting. Again, if you’d like to get involved just email [email protected].