A COUPLE have told how they had their pristine back garden washed away TWICE in a month after a burst water main left it submerged in three foot of water.

Anthony and Dawn Harper woke up to see three concrete posts ripped out the ground in their garden in Derbyshire by a torrent of water from a main which had burst overnight.

The couples’ garden was once a thriving open space of gorgeous flowers and mown lawnsCredit: BPM 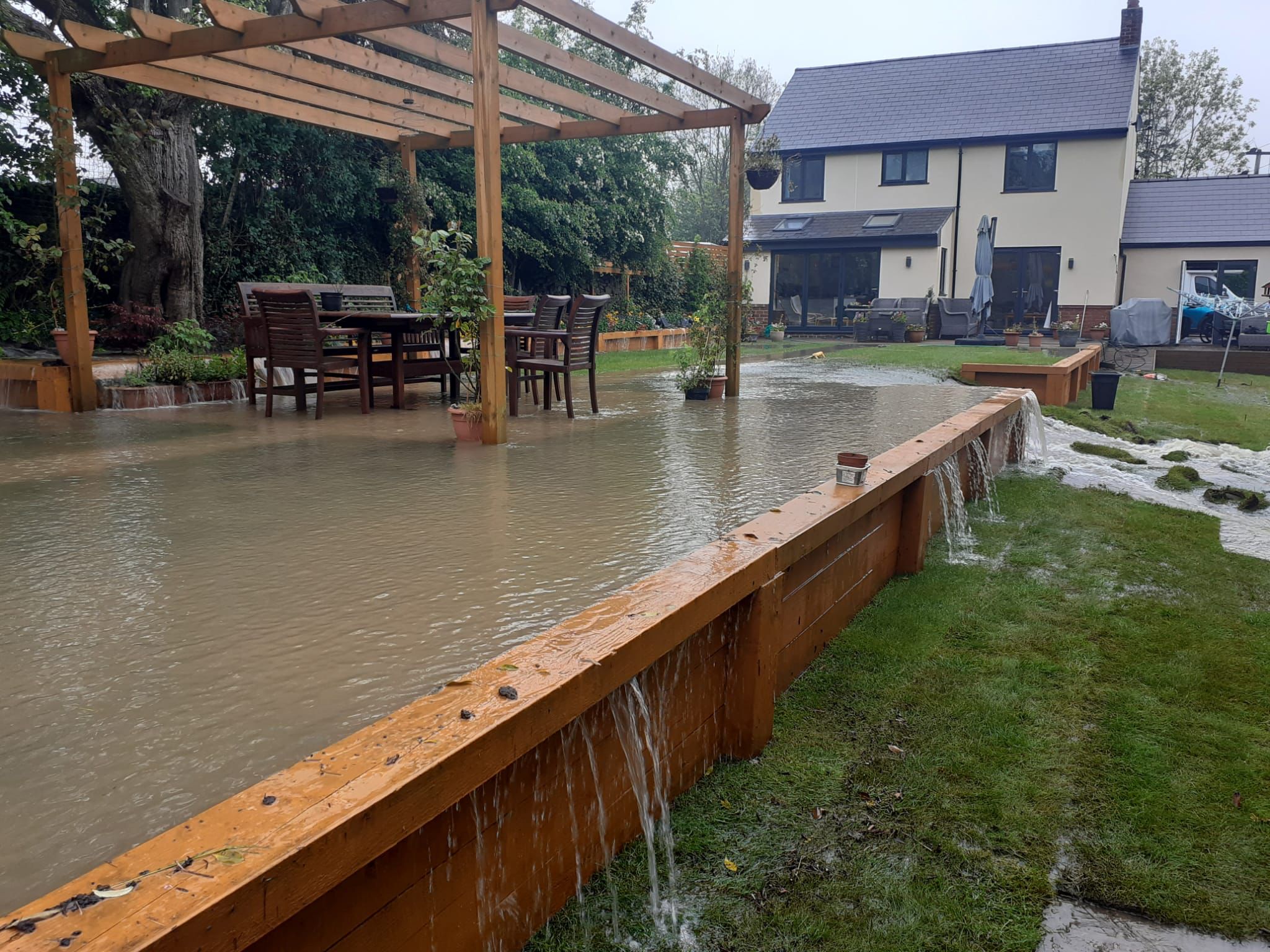 The burst main obliterated the couples’ garden in a wash of biblical proportionsCredit: BPM

On Friday, May 13, repairs to their back garden near Belper were finally completed.

But only three days later on May 16, the watery hell reared its ugly head yet again – drowning the garden, which has been put up for local gardening awards, in biblical volumes of water.

This time the relentless surged ripped out four concrete posts at their Fritchley home, causing a whopping £7,000 worth of damage.

Mr Harper said: “We woke up and saw a river of water coming out of the footpath next to our house, and we couldn’t believe it as it wasn’t raining.

“It was like the River Trent coming down the footpath. It was devastating to us as we didn’t know it was likely to happen.”

The couple sprang into action and spent all morning throwing down sandbags in a desperate effort to hold back the tide, which came “within an inch of flooding our house”.

Mr Harper, 63, noted how the torrent was so strong it swept the couples’ topsoil, plants, belongings and contents of the shed next door.

But to add insult to injury, when water operators Severn Trent arrived to fix the problem, a daft staff member told him that they “didn’t know what buttons to press” to turn the water off.

As a result the water was not switched off for four long hours while “very slow” staff scratched their heads.

New turf was laid and the couple settled back into their normal routine, but not for long.

Recalling the second drenching, the retired policeman said him and his wife were woken at 5am to the sound of drains rattling.

He said: “I woke up on Monday, looked out of the window and saw another four fence posts down, shed flooded, all the turf that had been laid was washed away, and we were right back to square one.”

But Mr and Mrs Harper were not the only victims of the double flooding hell.

The next door neighbours had their entire house submerged and after living in temporary housing with their young daughter for several months have been forced to extend their stay after the second washout.

While Severn Trent paid to repair the garden Mr Harper claims they only offered second-hand value for items that were damaged, such as lawnmowers.

He is now furious at the “woefully unprepared” Severn Water and says the couple live “in fear of opening our curtains in the morning” as it could happen again.

He lamented how the “devastation” has had “such a dramatic effect” on their lives and his poor wife is “depressed about it as you could expect”.

He added: “We have got such a beautiful garden that we have worked so hard on, it was a building site when we moved in and we have put such a lot of work into it.

“We love sitting in the garden and entertaining people, and it’s just depressing to go outside and see all the devastation.”

The pipes are believed to be connected to nearby Ambergate Water Reservoir but a neighbour claims the mains have never been a problem until the first incident.

He now has concerns that someone could be hurt or even killed if the burst was to happen a third time during the day, given the pressure of the water.

A spokesperson for Severn Trent said: “We apologise to the customers affected by the recent burst pipe in Critch Common.

“We were notified at 5am on Monday morning that there was a 24-inch pipe burst in a field just off The Common.

“Our teams quickly mobilised to isolate the burst and get those without water back on supply as of 9am that morning.

“Our community relationship teams were in the area that morning, speaking with those affected, and have been in regular contact ever since.

“We’ve been in regular contact with Mr and Mrs Harper to help make sure things are going as smoothly as possible with the insurance process, as well as providing garden centre vouchers to immediately cover items that have been lost, as we know how much their garden means to them.

“We will look to compensate customers affected following this burst, and again we apologise to everyone affected as we know how distressing any type of flooding can be.” 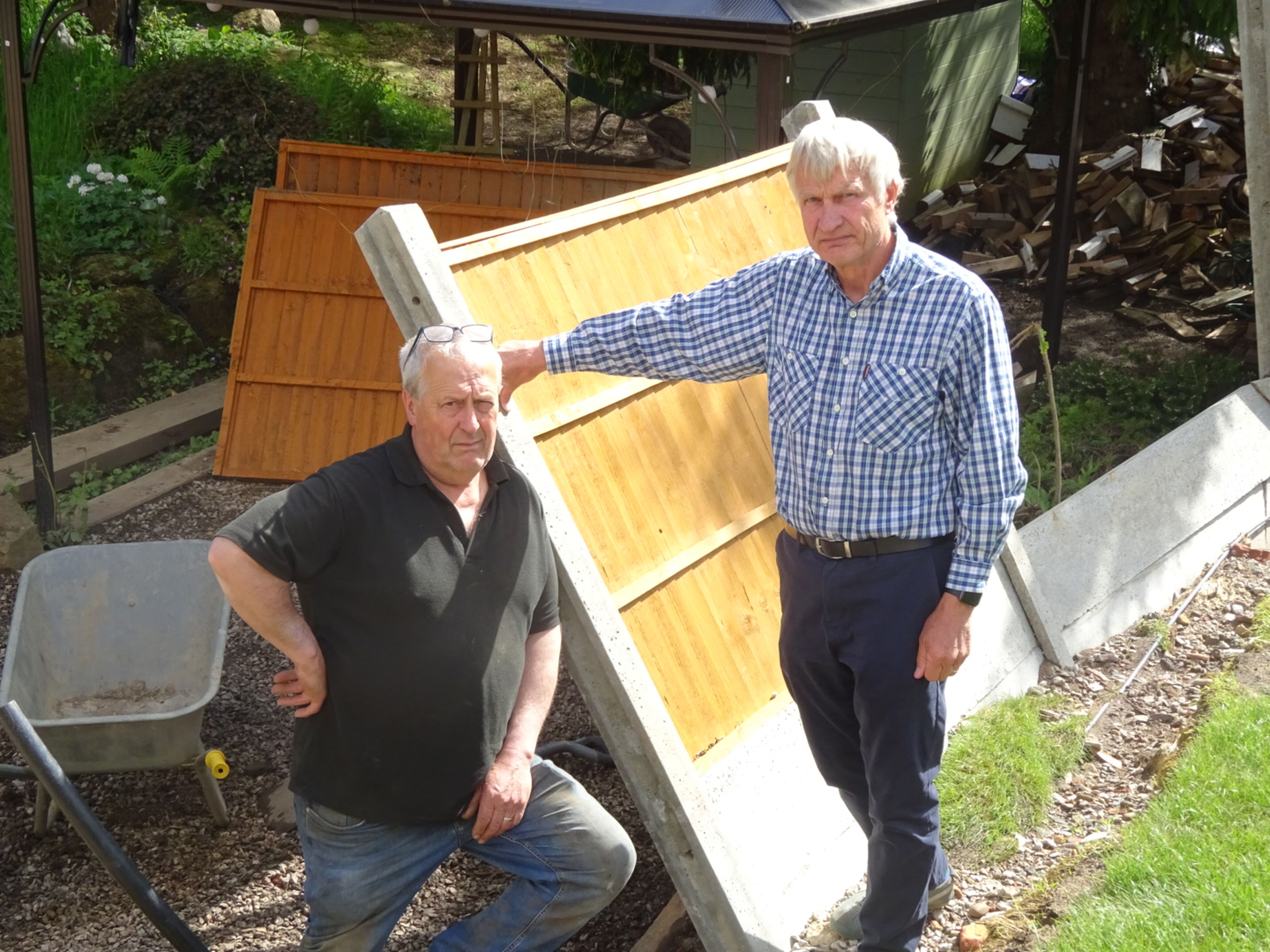 The torrent wiped out concrete posts in the gardenCredit: BPM 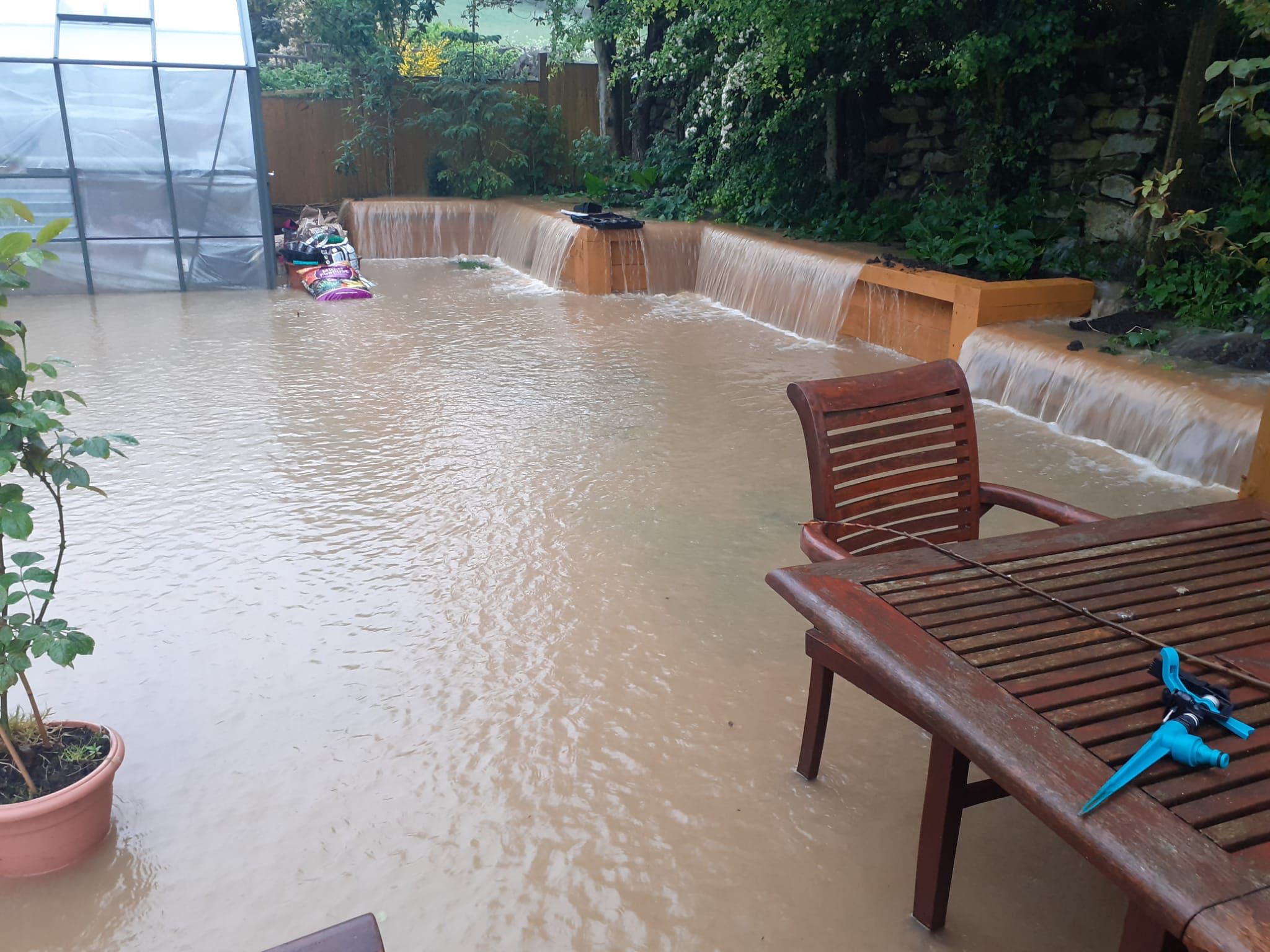 Biblical scenes unfolded in the couples’ garden as the water main burstCredit: BPM