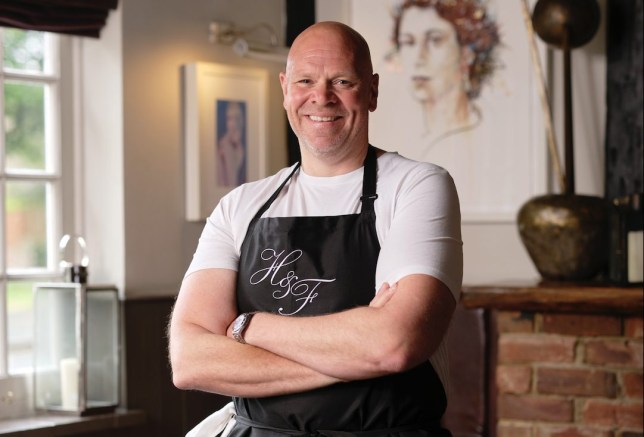 Michelin-starred chef Tom Kerridge may now own the 15-bed Marlow gastropub The Hand & Flowers – but he started off with something much more modest.

Tom’s first property, bought with wife Beth Cullen-Kerridge, was a tiny studio flat which had a guest bedroom in a cupboard.

However, without this bijou home he would have never been able to buy The Hand & Flowers.

Tom has just launched a Gastronomic Getaway at The Hand & Flowers, which includes a two-night stay for two with a three-course à la carte dinner and full English plus a £50 voucher to spend at The Butcher’s Tap & Grill.

When did you buy your first home?

The first property we bought was in 1999 and it was a small studio flat in the eaves of a converted Victoria terrace in Crouch End, north London.

We wanted to buy somewhere in an area that we wanted to be. We weren’t worried about the size, it was all  about the location. As we were both  in our twenties, it was all about the London life – the energy, the vibrancy of the area was incredibly important. Beth had lived in Crouch End before but over the other side of the hill and this flat was right in the centre. However, it was incredibly small.

How small are we talking?

It was a small ‘L’ shaped flat with a galley-style kitchen in the eaves with a bathroom that felt like it was coming in on itself due to the pitch of the roof, and had no window in it. The living room/bedroom was one small L shape. It was unfurnished, with plain white walls, no carpet and bright orange chipboard for flooring.

Where did you find it?

Through an estate agent. We’d looked at places in and around that area, some of which were slightly bigger but didn’t have the same sort of vibe. We knew it was right the moment we walked through the door and up the tiny steps, into the eaves where I banged my head most days. 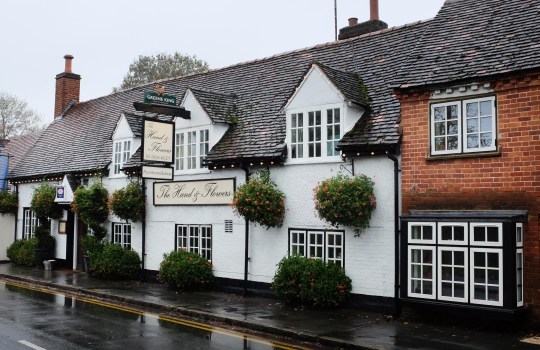 Was it a good time to buy?

It wasn’t anything I had thought of doing or had considered myself in a position to. I was a young chef working long hours and Beth suggested that we buy somewhere, I didn’t jump on the idea. However, she did say she was going to buy somewhere and I could pay rent! From which point, I decided to go all in and join her with the purchase.

We did bits and bobs to it over a period of a year. Sadly, we couldn’t afford the carpet when we bought the flat which meant we didn’t buy sofas because they would have been very hard to get up the stairs and then would have had to be removed again when we could eventually afford the carpet.

The first thing we bought was two inflatable chairs from Camden market. One lasted three months, the other about three minutes. That was the full extent of our furnishing. We also built a frosted glass wall to divide the living room space and the bedroom to create a one-bedroom flat. Then, Beth and her father knocked a hole in the bathroom ceiling and put in a Velux window which made a big difference. We removed the avocado bathroom suite and painted the walls.

Was it big enough to have anyone stay over?

There was also a cupboard at the top of the stairs that although it had no height, was exactly the same surface area as a double bed. So we bought a mattress for any guests or friends that wanted to stay and would sleep in the double-bed cupboard. One of Beth’s friends actually stayed there for two months. We also built a fireplace. We knocked out the old existing one and poured in a concrete hearth, and Beth built a beautiful mantelpiece out of steel. 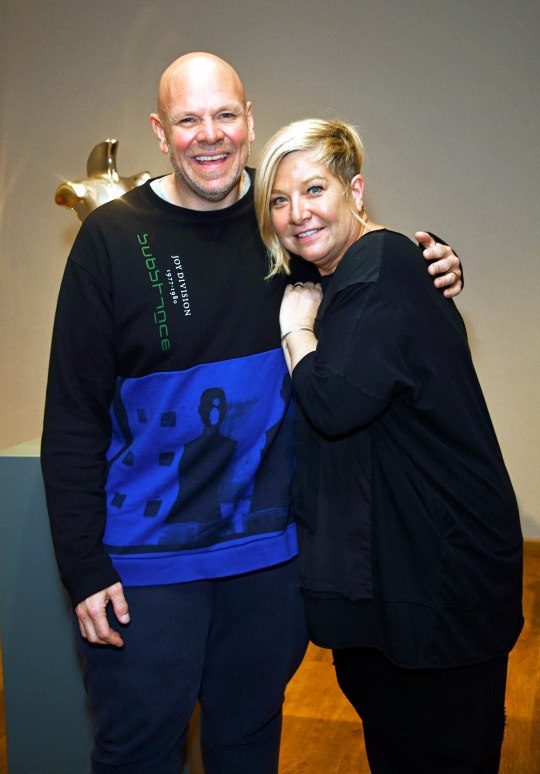 Tom and his wife Beth Cullen-Kerridge’s got their first flat in 1999 (Picture: Dave Benett)

Did it change your life?

Without buying this flat, we wouldn’t have been able to do anything that we have done with the businesses. We sold it two years later and it had almost doubled in value. We bought somewhere bigger in Crouch End with a small garden but it needed a huge amount of work, so used the positive equity to renovate a one-bed flat in London.

Since we’ve been rolling positive equity from properties buying residences that we like but always need doing up. Which has allowed us to get to the house that we live in now while also building The Hand & Flowers.

Any advice for buyers?

First-time buyers find themselves in the unenviable position where the reality of purchasing somewhere, having saved at least a ten per cent deposit, then having the earning power to pay the remaining 90 per cent of the mortgage, is very difficult, particularly in desirable areas.

The earlier you can get on the ladder, do it. Try and find somewhere you think may be up-and-coming. Always buy something that you can do up. Listen to your heart and believe in the space, the energy and the effort you put in will add value and equity. Also, buy somewhere where you actually want to live.

We’re very lucky to be in our forever home now. We live in the beautiful town of Marlow, close to the river, walkable to The Hand & Flowers, and lots of space for the little man to play. Most importantly, we have enough room for a studio for Beth to create her sculptures.

Missing toddler’s mom charged with murdering him as remains found