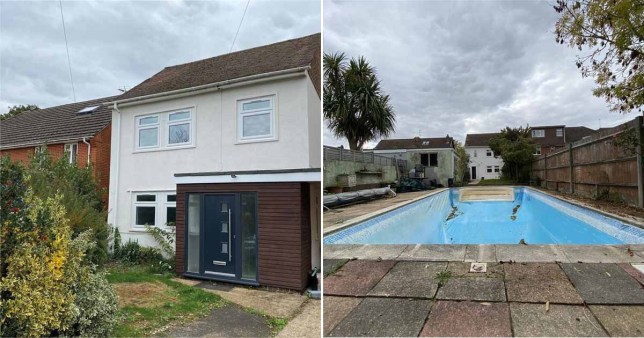 (Pool) party in the back (Picture: Triangle News/Barnard Marcus)

A house with an outdoor swimming pool has struggled to make waves at auction.

The three-bedroom detached home, found less than a mile from the centre of Basingstoke, has the surprising aquatic feature round the back.

But it seems even this unique selling point – which is visible on Google Earth – wasn’t enough to tempt buyers to splash out on it.

The detached house, which sold for £325,000 in November, failed to meet the minimum bid at the auction – despite being slashed to a £250,000 starting price by estate agents Barnard Marcus. 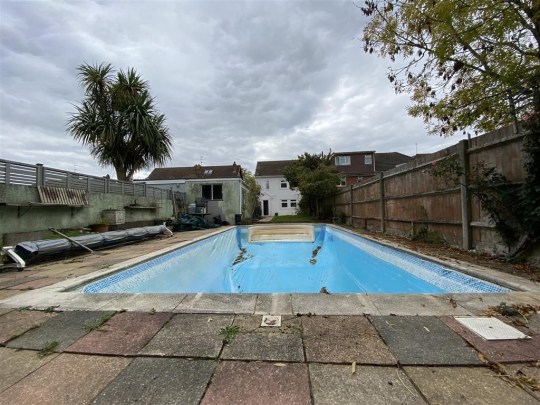 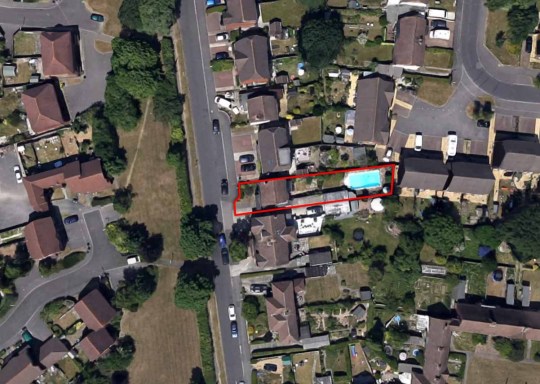 It can be seen from space (Picture: Google Earth)

Located on Shooters Way, the house also has two bathrooms, a modern kitchen-diner and lounge, plus a driveway with a garage.

According to Zoopla, the house is estimated to be worth around £300,000 and is just a 15 minute walk from the centre of town. 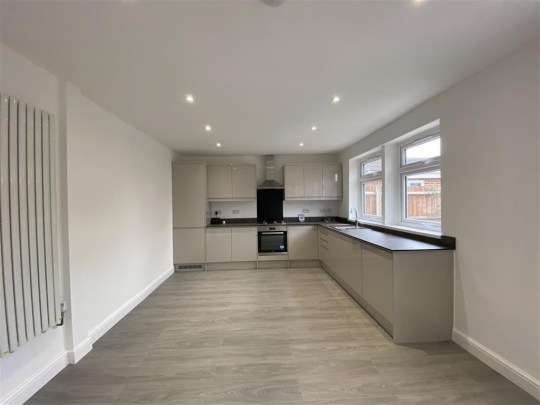 The house is modern inside (Picture: Triangle News/Barnard Marcus) 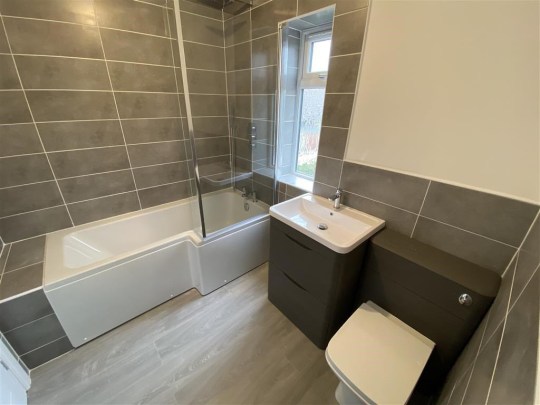 It’s also a well connected spot, as transport links are available at Basingstoke rail station, along with a network of local bus services catering for the surrounding areas.

A previous listing for the house explained: ‘The property is served by road links including the A339 and the A33 both located to the north.

‘Recreational pursuits can be found at Eastrop Park lying to the south.’ 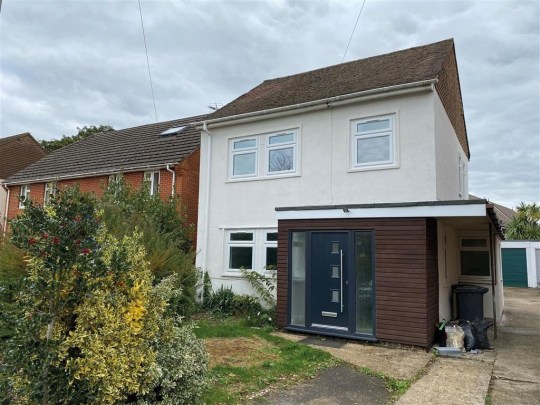 But, because the property was left unsold, it’s unclear if and when it’ll be put back up for auction.

Elsewhere on the property market, a 15th century castle with its own tennis court is up for sale for £225,000 – less than the average price of a London flat. It boasts six bedrooms, five bathrooms and sits on 3.8 acres of land – which also houses an orchard.