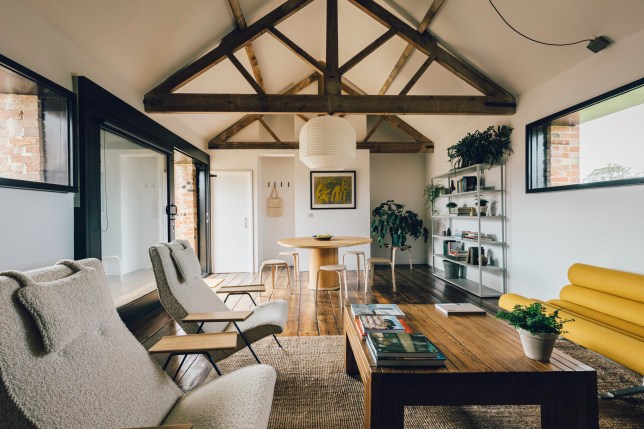 Have you ever pored enviously over a glossy interiors magazine photoshoot and imagined yourself moving into the house and living the dream?

Norfolk farmers Julian and Sarah Kerkham have created just such an opportunity for holidaymakers arriving at Great Barn Farm, having transformed it from a series of ramshackle and rapidly deteriorating outbuildings, into a stylish rural bolthole.

The couple engaged award-winning architectural studio Turner Works to renovate the arable farm estate, near Swaffham, the piece de resistance of which is the transformation of a former flint stone stable block.

Sarah spent her childhood at Great Barn Farm and returned to live there with Julian and their children in 2007, full of ideas about how to revamp the barns while retaining their character. 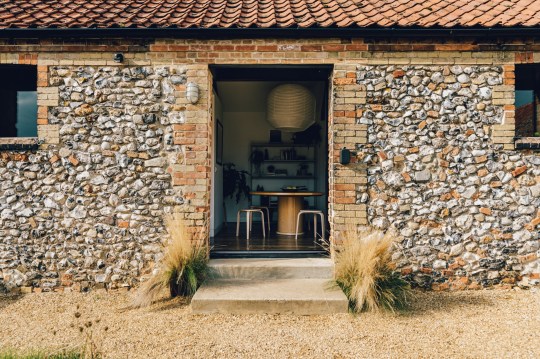 ‘We were aware that the chances of us ruining the development were high,’ explains Julian.

‘Our aim was to produce something that was well-designed and fun – but all this was some way away from our day jobs as farmers. The philosophy of surrounding yourself with people who are better than you are was key to our success and we asked Carl Turner to redesign the spaces within our barns.’

A decade after starting work, the project is now close to completion, comprising a barn which sleeps ten, a stunning indoor pool and a further barn and workshop, which will be finished later this year. 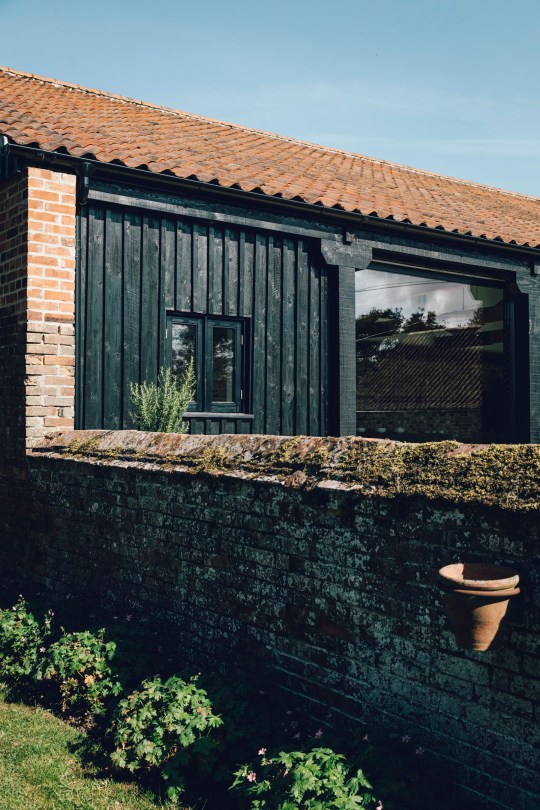 The outbuildings have been fully modernised without losing their character (Picture: The Modern House) 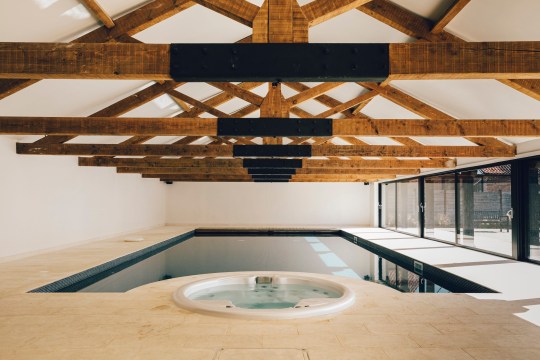 The holiday homes have access to a vast indoor pool with jacuzzi (Picture: The Modern House)

However, it’s The Stables – which has just undergone a major interior redesign – that is the jewel in the Kerkhams’ crown.

It came about after The Modern House co-founder Albert Hill rented the conversion for a break with his family last year. Having noticed a huge surge post-first lockdown in people wanting to swap the urban sprawl for beautifully furnished rural retreats, Albert – whose property agency specialises in selling unique design-led homes – secured the couple’s blessing to empty the barn of furniture and gave Alma + Midori interiors expert Nicola Loughton a free hand to reinvent the space.

‘We always wanted to stay true to the building and Carl kept as many of the original stable features as possible, including some dividing walls and barn doors,’ explains Sarah. ‘It was wonderful to be able to tie the building in with The Modern House’s aesthetic.’ 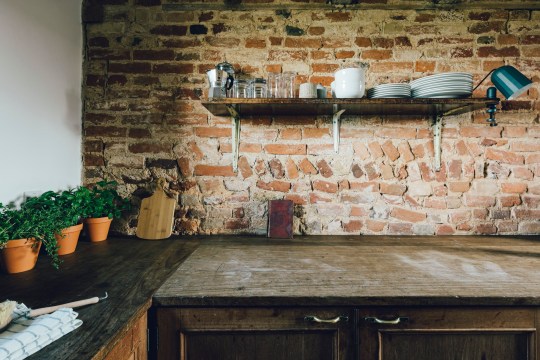 Julian adds: ‘Carl wanted to make the stables look totally unconverted from the outside. You can’t see windows – they are on the inside of the building and the glazing is wider than the window openings meaning that you cannot see any frames – so it still looks like old barn doorways.’

Dating back to the 1790s, the exterior belies the stylish state-of-the-art interior, which abounds with quirky new takes on traditional construction materials. Bed frames are made from oriented strand board (OSB) – engineered wood formed by adding adhesives and compressing layers of wood strands. 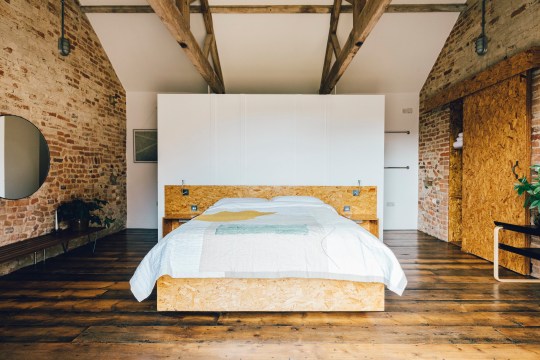 A neat OSB sliding door in the master bedroom encloses the linen cupboard. The theme continues with an OSB headboard and floating bedside cubes.

A Tessa Layzelle embroidered bedspread and artworks soften this slightly industrial aesthetic and each bedroom has false walls to conceal a storage and dressing area behind.

The lower bathroom walls are clad with waterproof black phenolic plywood, more commonly used as a base in car trailers, contrasting beautifully with the exposed brick walls above.

Science lab worktops and ex-museum cupboards found in London reclamation studio Retrouvius have been repurposed to create a cosy and sustainable kitchen. 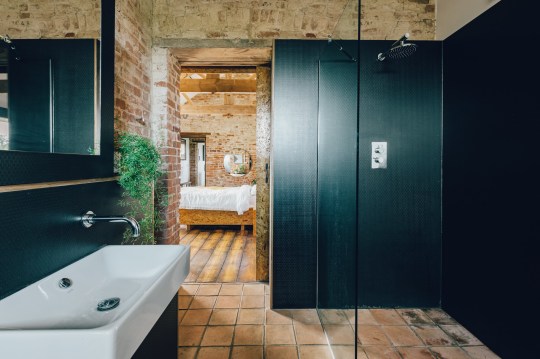 ‘Carl is a master of not ruining the space,’ says Julian. ‘We celebrated construction materials like OSB and phenolic ply by not covering them up with plaster and paint.

‘When the renovation was finished and we agreed to the collaboration with The Modern House, everything was removed apart from the beds and kitchen units and they started with a blank canvas.

‘We have purchased some items and rented others for a 12-month period and we’ll see where we are at the end of that. Clients can even buy the artwork if they love a piece.

‘People look in a magazine and say, “That’s really nice but I’ll never get there because it’s £10million and it’s in Knightsbridge.” We wanted to produce something of a similar standard.’