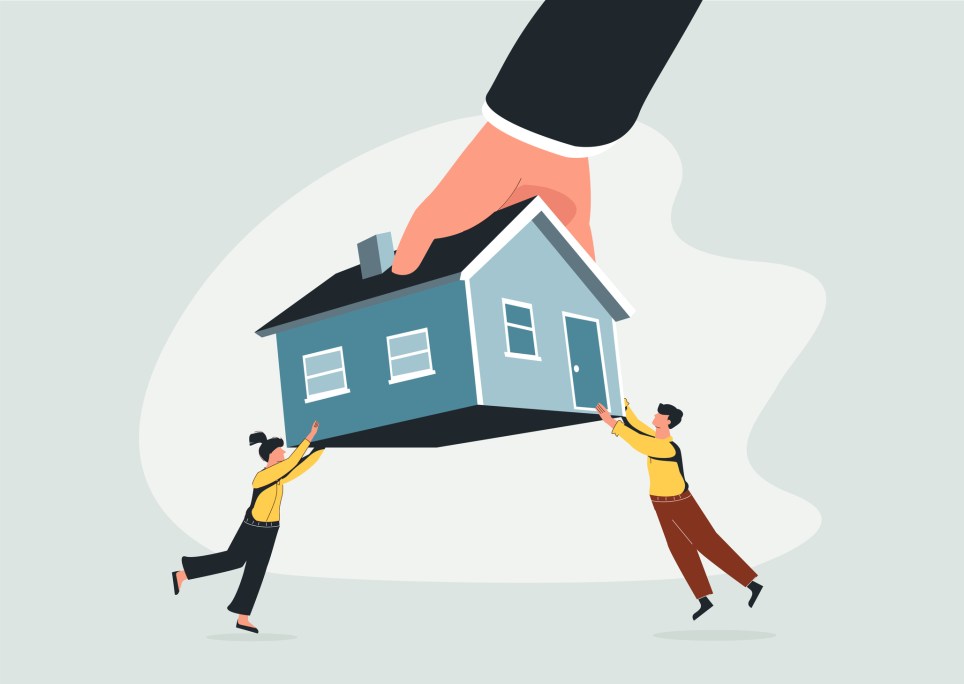 Tenants are having rent put up at short notice (Picture: Getty Images/iStockphoto)

As the cost of living crisis continues, the private rental market is becoming more and more unaffordable.

In fact, in the last year, rent increased at the highest rate since records began in 2016. And things are only getting worse, as tenants are forced to choose between heating their homes, feeding themselves, and paying their escalating rents.

Recent figures from the Office for National Statistics (ONS) found that landlords made an aver of 3.2% more in the 12 months to July 2022 – and meanwhile, in the face of inflation, real time wages have fallen.

‘Many people are struggling with the cost of living crisis, as energy, food, rent – and just about everything apart from wages – increases,’ Anny Cullum, Policy & Research Officer at Acorn tells Metro.co.uk.

‘Housing is at the sharp edge of this, with renters forced to keep up with runaway rent, or else be turfed out of their homes only to have to fork out more plus a deposit to move elsewhere,’ Anny continues.

‘Rent rises are far outstripping the rate of inflation, so these rises cannot be put down to landlords trying to recuperate increases to their mortgage interest rates.

‘There is simply not enough social housing, pushing people into the private rented sector, where landlords are profiteering from the crisis by raising rents month on month because they know people don’t have anywhere else to go.

‘We need immediate action from the government to deal with this crisis. We need investments into green social housing projects, we need rent caps to stop rents spiralling out of control.’ 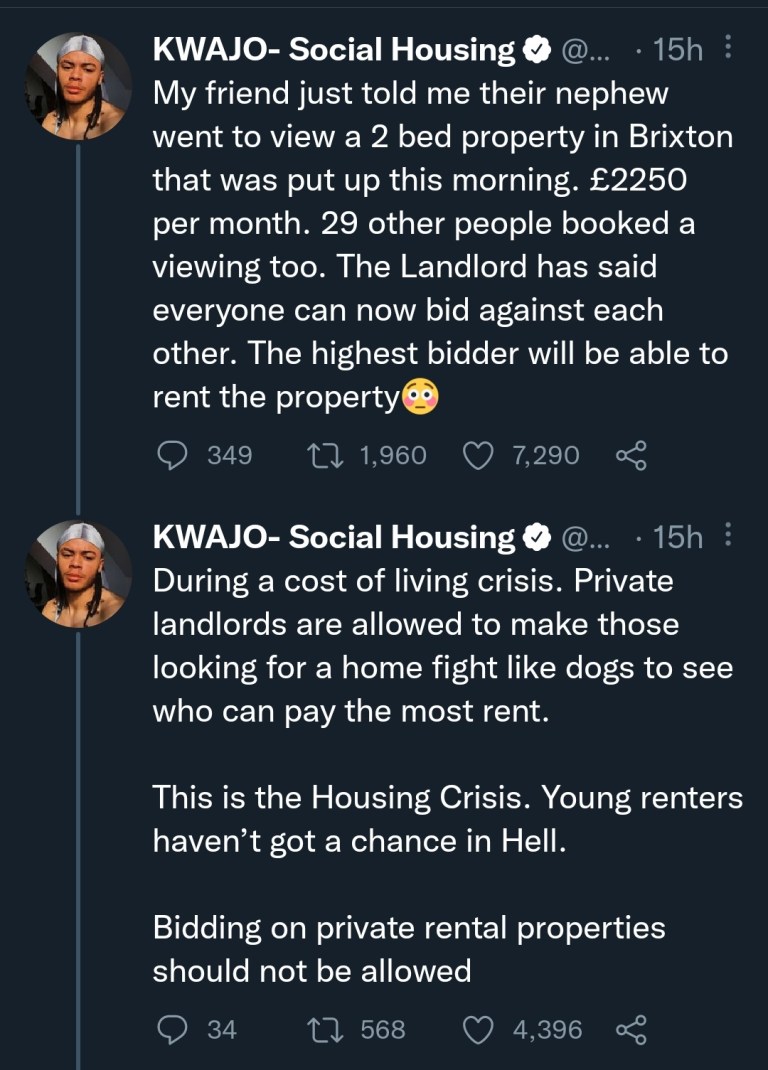 Reports of landlords putting up rent with immediate effect, and without justification, seem to be increasing. Competition is out of control, with reports of bidding wars on already overpriced flats.

Just this week, a Glasgow letting agency reported 950 applicants for a single one-bedroom flat in the city centre, as an unprecedented number of people compete for limited properties.

The situation is dire across the country.

Here, Metro.co.uk hears from tenants who are currently struggling with the rental crisis.

‘The situation in our shared house in north London is that most of us are paying 50%-80% of our earnings on rent, and that’s in an area that is meant to be “affordable”.

‘We’re facing a rent increase that our landlord says is to cover the extra cost of energy, however most of us can’t afford this, so we are negotiating with him about this.

‘None of our wages have gone up to cover the rising costs of living, including energy, food and travel costs.

‘We can’t afford to leave as we don’t have the money for a deposit on a new place as most rentals ask for six weeks worth of rent as a deposit, so we’re usually talking over a thousand per person, which is impossible as we can’t save because most of our money goes on rent.

‘Our living situation, along with other renters is precarious and not secure, as landlords can evict people with just two months notice for no reason at all under Section 21.

‘This is a constant worry and affects my mental health, always being a niggling anxiety in the back of my mind, coupled with the worry of where I’d move to and how I’d afford it, plus the worry of having to leave the area I know, where my friends and community are and where my work is.’

‘The lease on my partner’s and my flat runs out in November and we want to renew the contract.

‘The landlord (who we’ve never met and lives in another country) said we’ll need to pay £450 a month extra rent if we want to stay. There have been no changes to the property or our circumstances, but he says it’s just “the market right now”.

‘We’re stretched as it is financially and that’s a massive 35% increase on our current rent, so we’re now looking at the prospect of having to move out.

‘Although we’ve been trying to negotiate a fairer rate it doesn’t seem likely.

‘We’ve been great tenants for two years, but apparently that’s not enough anymore. It’s easier for landlords to command extortionate rents when people are desperate.’

A renter in Bristol who wishes to remain anonymous

‘I’m currently facing a huge problem due to the high rents in Bristol. I share a flat with three other housemates, one of which is leaving for university. The loss of one housemate means we will not be able to continue our tenancy into the new year.

‘The unaffordable rental prices in Bristol have left me in the situation where I will likely have to give up my job and move back to my hometown.

‘As a low earner, my quality of life if I stayed in Bristol would change dramatically, and I would struggle to live comfortably on my current wage.

‘Having to leave a job, your home (and possibly a career) due to landlords raising year on year is evidence of an unfair and failing system.’

‘My girlfriend and I are both staying with a friend at the moment, sleeping on a sofa bed in the living room. We both work full time and are looking for a one bedroom flat to move into.

‘But the rental market is crazy and it feels impossible. Landlords are advertising flats at certain prices and then, after receiving lots of interest, they’re putting them up, or encouraging people to let them know what they would be willing to pay.

And everything goes so fast. We just don’t feel in a position to compete. It’s so stressful. And meanwhile, the friend who we are staying with at the moment has been told his rent is increasing by £100 a month.’

‘In March of this year me and two friends started a house search, as we were struggling with the rent and figured we could find a cheaper property than our current one.

‘As two students and one professional, all with fairly low income (and no maintenance loans), it was basically impossible.

‘There are many three beds in Bristol that are affordable, however they’re not licensed for more than two sharers or a family. Student houses don’t want us, professional houses don’t want us. All three of us are couch surfing to this day, and it’s been two or three months.

‘We’re amongst many graduates this summer who have found themselves without a house for several months.

‘We’ve started applying for rooms, which will mean splitting up, but even that is extremely difficult, as everyone else is also looking for a room. Aside from Facebook groups we could of course pay for “tenant” sites such as Spare Room, but I’ve heard even on there is no guarantee.’