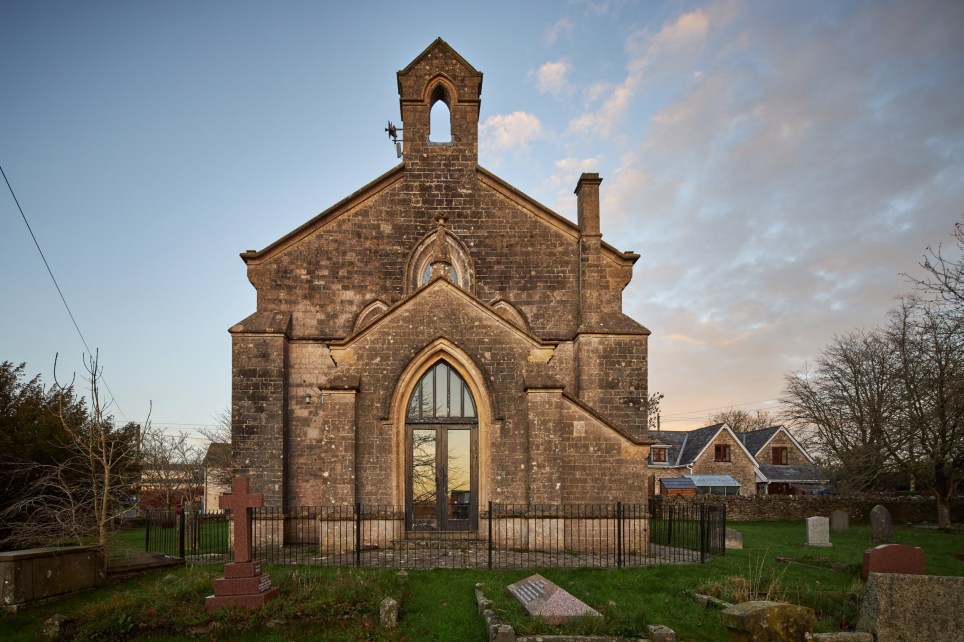 From the outside, this looks like a standard Victorian church (Picture: KnightFrank/BNPS)

Craving an escape from noisy neighbours?

This property opportunity hit the spot.

A 183-year-old converted church has gone on the market for £795,000. Prospective buyers won’t have any trouble with neighbours, as the only people next door are the bodies in the large graveyard.

There’s more to like about the home beyond its quiet setting.

The Grade II listed Old Church was carefully transformed into a stunning house, starting with residential use in the 1970s then going through a renovation at the hands of its current owners.

They’ve brought the interiors up to date while keeping the best of the church’s original features, such as the stained glass windows. 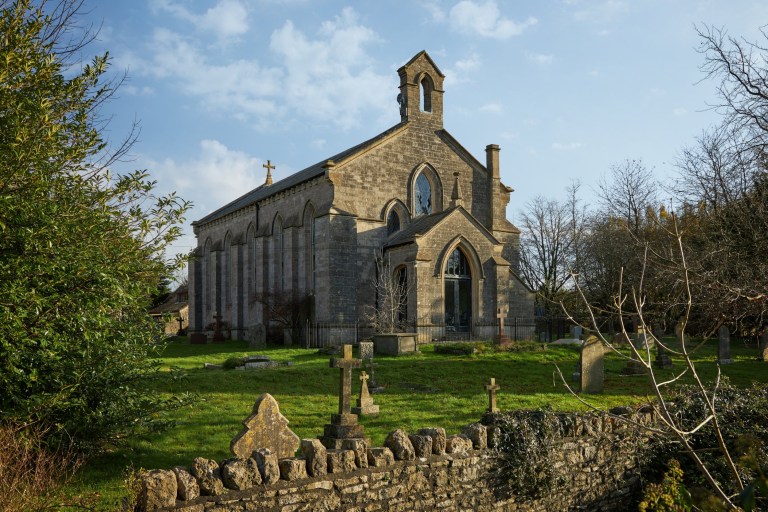 But the interiors have been lovingly transformed to make the church a six-bedroom home (Picture: KnightFrank/BNPS) 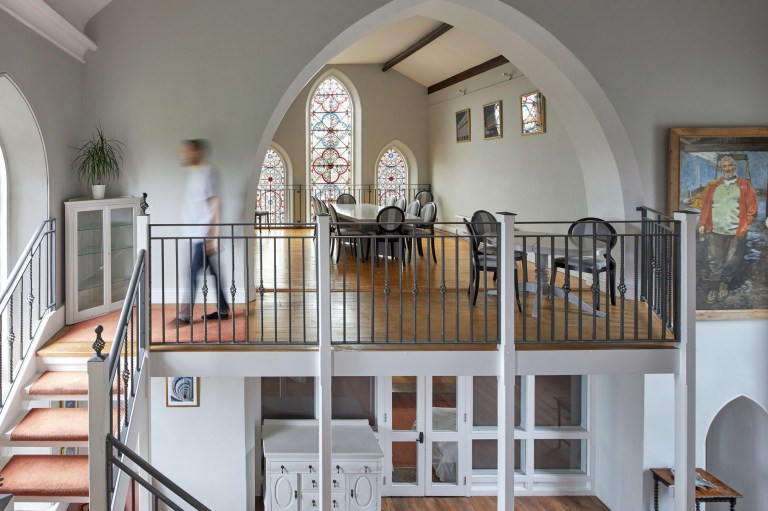 The home has 3,646 sq ft of living, space, centred around a reception hall with a central staircase (Picture: BNPS) 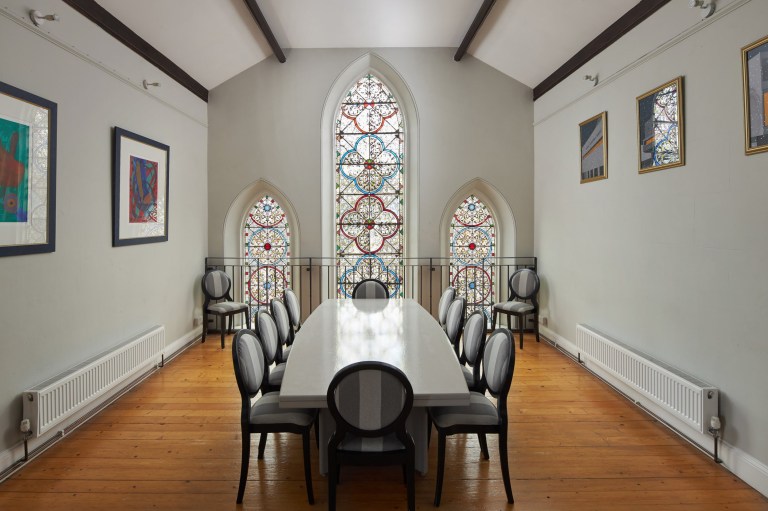 Many original features have been maintained (Picture: KnightFrank/BNPS)

Inside, the house has 3,646 sq ft of living space, centred around a striking full height reception hall with a split central staircase.

On the first floor there is a gallery dining room with triple stained glass Gothic windows on one side and three bedrooms, a shower room and a sitting room.

Downstairs there is a 44ft long kitchen/breakfast/living room, three more bedrooms, two bathrooms and a small reading room that opens out to a terrace overlooking the graveyard. 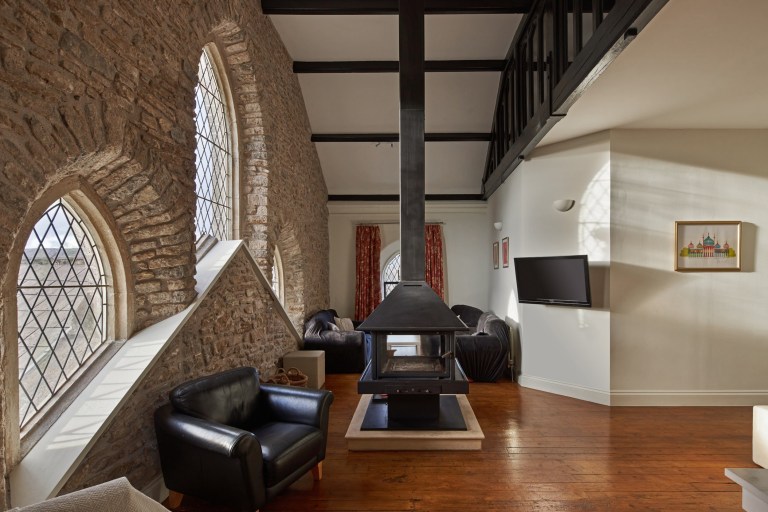 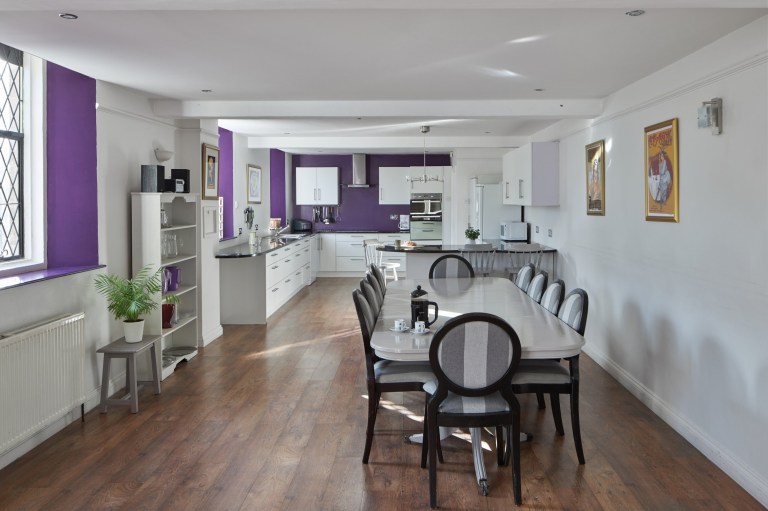 Downstairs is a 44ft long kitchen, with space for a large dining table (Picture: KnightFrank/BNPS

Outside there’s an enclosed courtyard, complete with a summer house and a hot tub.

There’s no large garden, as the graveyard is still owned by the Church of Endland.

But from the courtyard you get amazing views of nearby Glastonbury Tor. 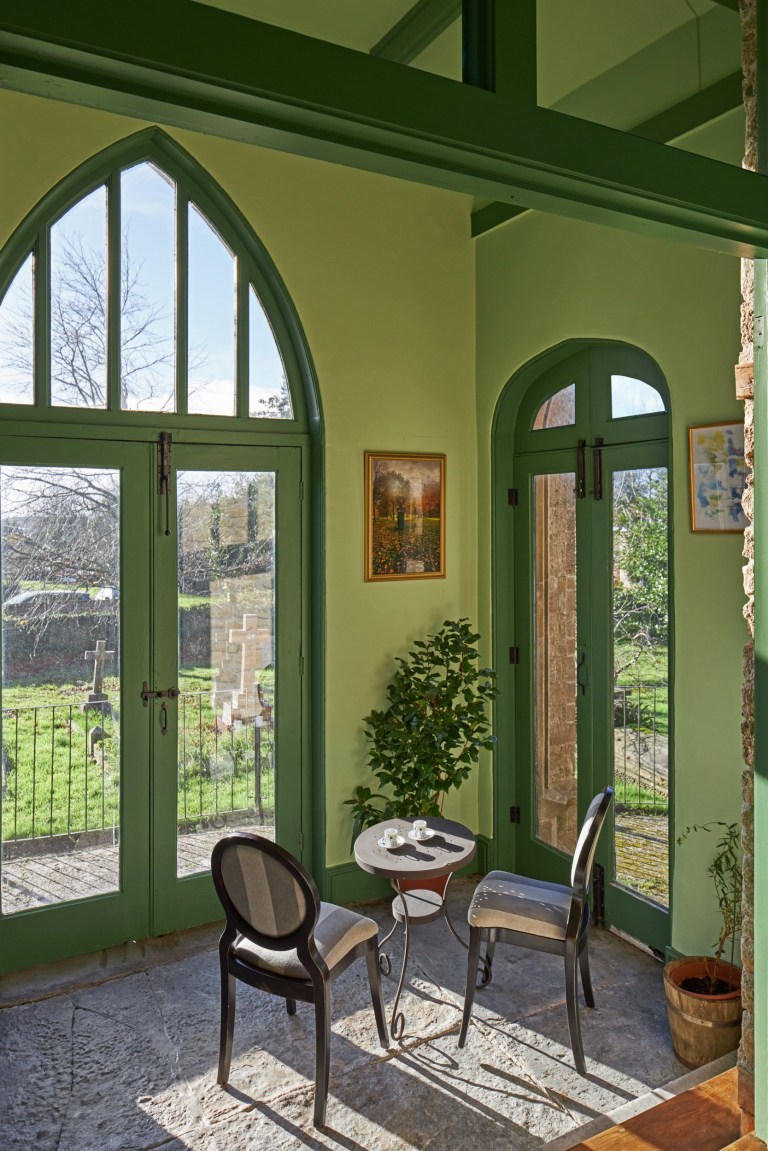 The reading room looks out at the graveyard (Picture: BNPS/Knight Frank)

And if you want a nature hit, you can trek out to the surrounding area of East Horrington, Somerset.

The church was originally built in 1838 because the parish church was out of reach for many rural people.

It only cost around £1,000 to build, and served as a place of worship until 1975, which it was declared redundant. 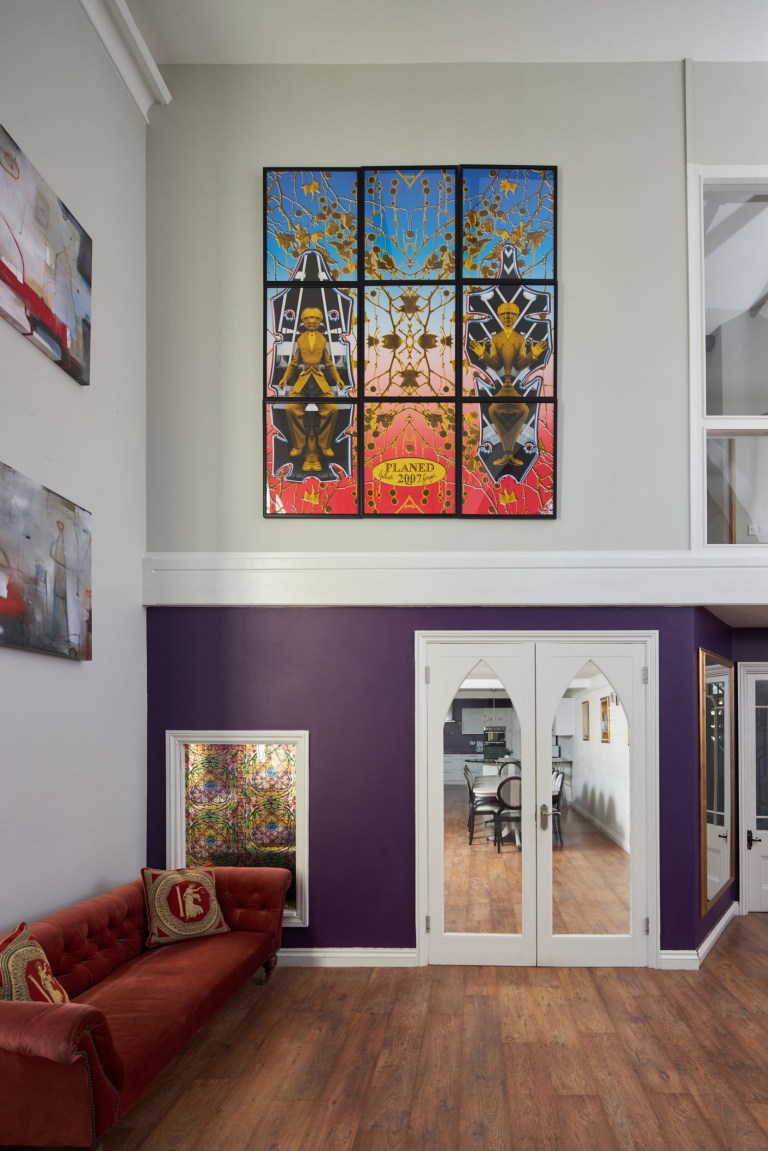 The renovation has made the most of the 183-year-old church’s high ceilings (Picture: KnightFrank/BNPS)

‘The property is right on the edge of Wells and has views down to Glastonbury Tor, it’s quite a special position. 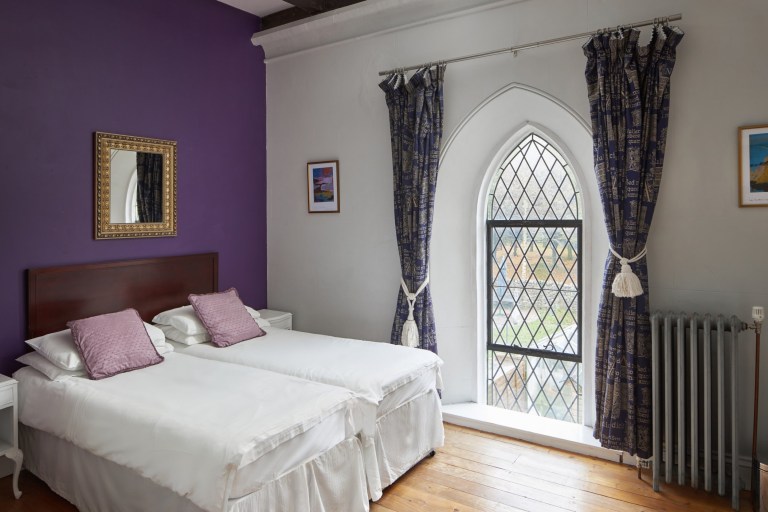 There are six bedrooms to choose from (Picture: KnightFrank/BNPS) 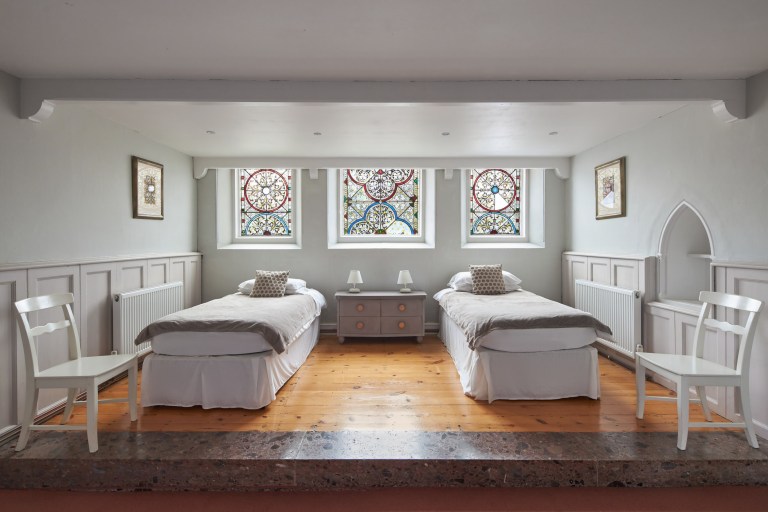 Which will you pick? (Picture: KnightFrank/BNPS) 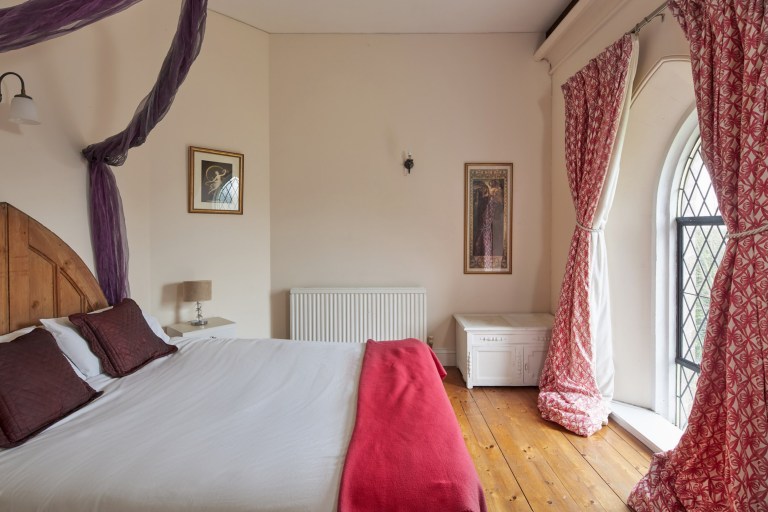 They all have gorgeous countryside views (Picture: KnightFrank/BNPS)

‘The first floor sitting room with exposed brickwork and woodburner is lovely.

‘It doesn’t have a huge garden but it’s next to the cricket pitch. There is the old church graveyard next to it, but that’s not part of the property, it’s still owned by the church.

‘The property has been run as a successful holiday let, last year was obviously different but it usually earns about £100,000 a year. 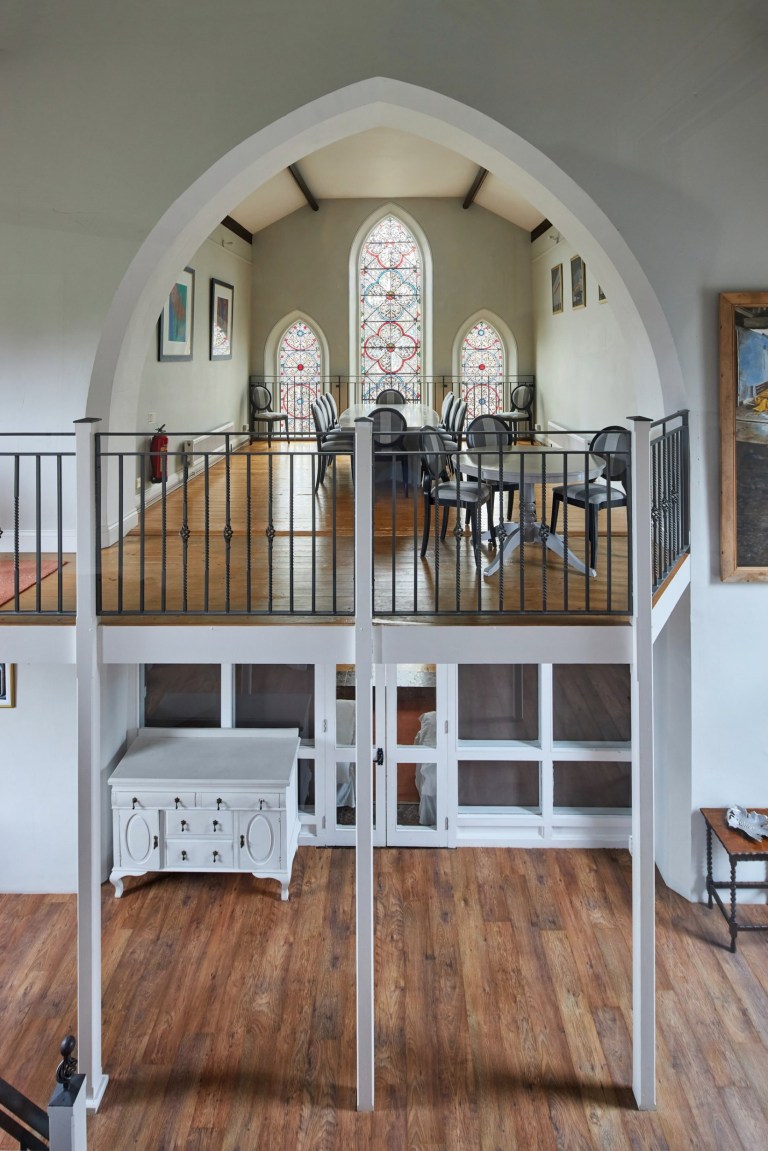 The home has previously been used as a holiday let (Picture: KnightFrank/BNPS)

‘Although all the interest we’ve had so far has been people looking to make it a family home.

‘We’ve had interest from an award-winning interior designer and someone who works for Grand Designs.’

If you’re keen to find out more or put in an offer, you can check out the listing on Knight Frank’s website.