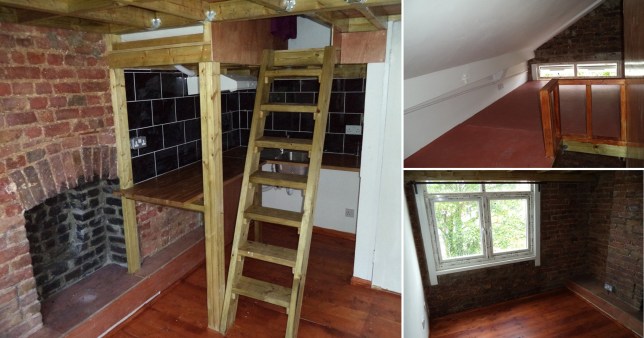 Would you live here? (Picture: OpenRent)

Hunting for a flat to rent in London is an interesting experience.

You’ll find studios so cramped there’s no room for a bed, places that ‘look like prison cells’, and the increasingly common phenomenon of shared apartments where one person’s bedroom is in the kitchen.

Then there’s this place, which is intriguing for many reasons.

The studio flat in Hammersmith Grove, W6, London, is listed on OpenRent for the standard London rate of £800 a month.

It’s described as a ‘delightful one bedroom, one bathroom flat in a great location’.

But images of the property raise a lot of questions.

Questions like… where is the oven, or any other cooking appliance? Does a sink make an area a kitchen? 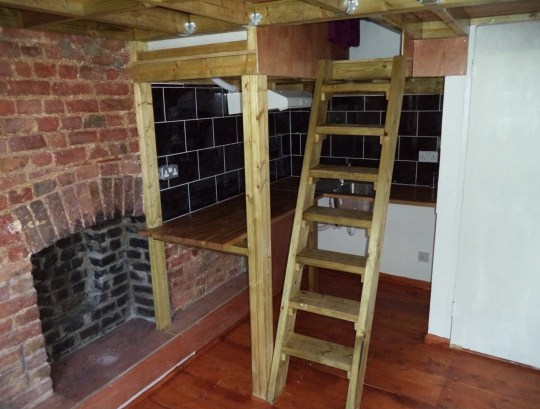 The flat in Hammersmith Grove, West London, is available for £800 a month (Picture: OpenRent) 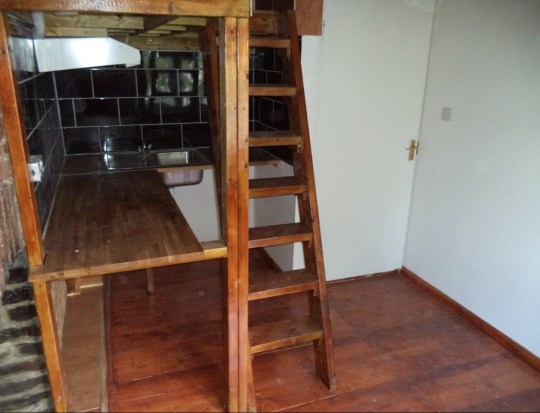 As you can see, there’s a sink AND a table (Picture: OpenRent)

Why does the main structure appear to be a strange wooden sink/table/ladder hybrid?

And how would one transport a bed up to the second level, which you reach by clambering up that ladder? Perhaps you’re expected to shovel just a mattress up there, with no frame, but even that sounds like tough work.

We do not know how large the flat is, as no measurements are offered beyond a note that it’s ‘less than 50 square metres’. 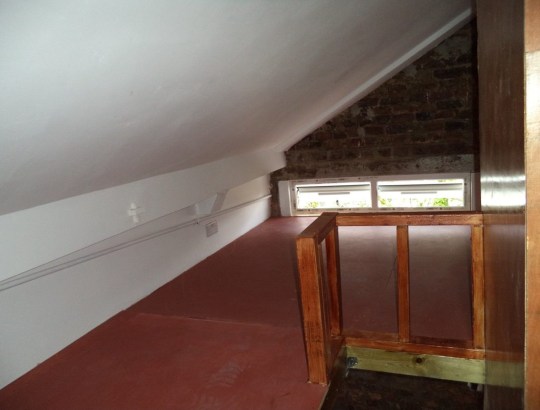 Head up the ladder and you’ll find this space, which we assume is where you put your bed (Picture: OpenRent) 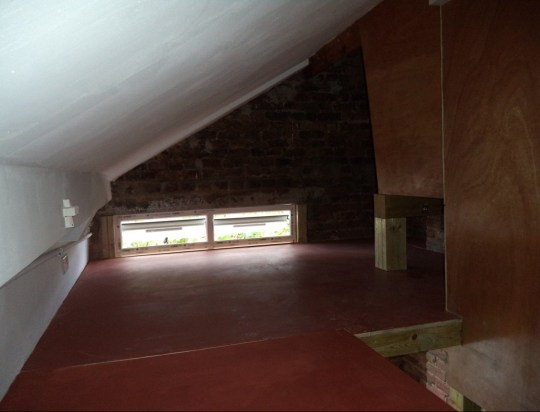 There are some windows, which is a plus (Picture: OpenRent)

We also aren’t sure where the bathroom is, as there are no photos of it or any floorplans, but the listing assures us that one bathroom does indeed exist.

There are some windows, though, so that’s nice.

The listing further notes that families are welcome, but not pets (seems wise), and bills are not included in the monthly rent cost.

The description also says the property is offered furnished, but it’s not clear what furnishings are being referred to. 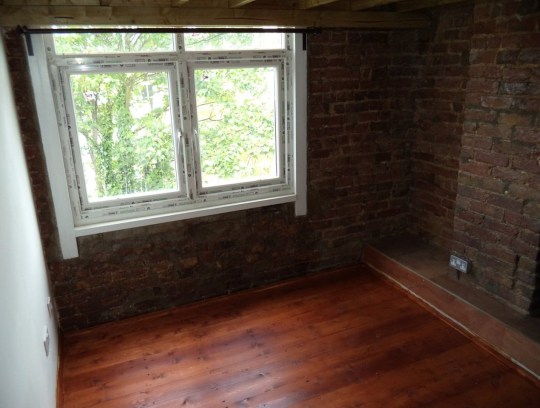 Down the ladder is an even bigger window! Win! (Picture: OpenRent)

When images of the studio flat were posted on Twitter, people were understandably baffled.

Some asked whether such a listing can possible be legal, others compared it to a jail, and one person asked if the property was being rented out by the Dursleys (you know, Harry Potter, cupboard under the stairs).

We’ve reached out to the landlord to ask him important questions including ‘where is the bathroom?’ and ‘is this a joke?’, and will update this article with his response if we hear back.

H/T to the friend who discovered this flat while searching for a place to live and sent it out way. Please all send them good luck in finding somewhere nice.