‘Shared ownership was the only way we could afford a flat’ 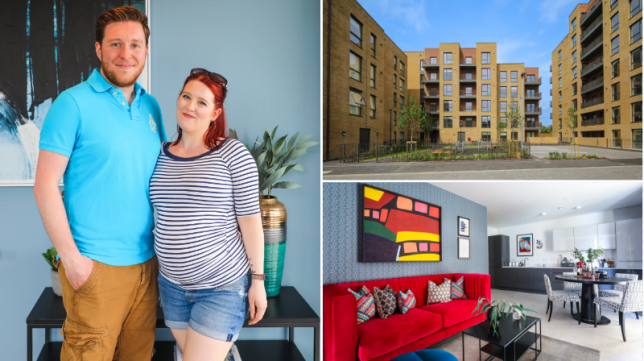 Getting a mortgage was a struggle, but shared ownership made things much easier for Darren Ryan and Becky Preston (Picture: Network Homes)

The couple had just renewed their tenancy on a rental flat in nearby Eastcote but with the cost of living crisis already in the news, and gas and electric bills set to shoot up, an energy-efficient new build seemed too good to resist.

And they had another, rather pressing reason for wanted to move somewhere bigger – they’d just announced that they were expecting a baby.

The couple had previously looked into buying and managed to accumulate a decent-sized deposit during lockdown, boosted by financial support from their families.

But finding a mortgage defeated them –until they discovered that through shared ownership, they would be able to afford a three-bedroom apartment with a balcony at Union Square with plenty of room for them, Becky’s ten-year-old son and their forthcoming baby. 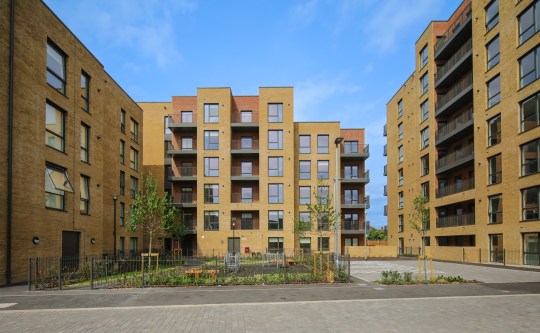 The couple wanted to live in a new-build in the hope heating costs would be cheaper (Picture: Network Homes)

Darren viewed the development first, then Becky, and a week later they reserved their home.

‘We had thought about moving but were unable to afford anything to give us the space we wanted,’ says Darren, a research scientist and metrologist. ‘This property came to my dad’s attention a few days after we announced the pregnancy, and was the first and only one we viewed. It seemed too perfect a coincidence and struck us as something of a dream in terms of location, timing and affordability.

‘Living in a new-build was also an important factor, given the soaring costs of heating at the moment. It would have been difficult to find a three-bedroom property that was affordable anywhere else.’ 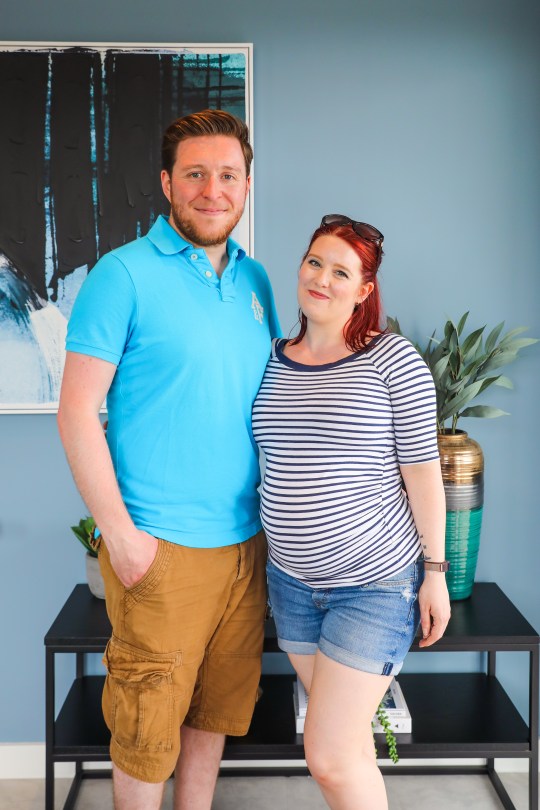 Despite saving up a decent deposit in lockdown, Becky and Darren couldn’t find a mortgage (Picture: Network Homes)

Shared ownership gives people who are struggling to buy the opportunity to purchase a share of between ten and 75 per cent of the market value of a new or resale property, which is repaid via a mortgage.

The balance is covered through subsidised rent to the housing provider, and extra shares can be bought later on, in a process called staircasing.

It’s available to first-time buyers, current shared owners unable to move up the housing ladder and former owners whose budget doesn’t stretch to 100 per cent of a home, and with household incomes of no more than £90,000, or £80,000 outside London.

Becky and Darren bought a 50 per cent share in their home and moved in during the summer – just a week before their little girl was born.

Now fully settled, they’re enjoying the space and security of having a place of their own, and hope to staircase in the future. 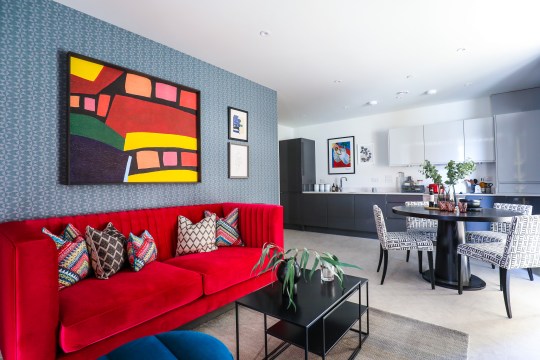 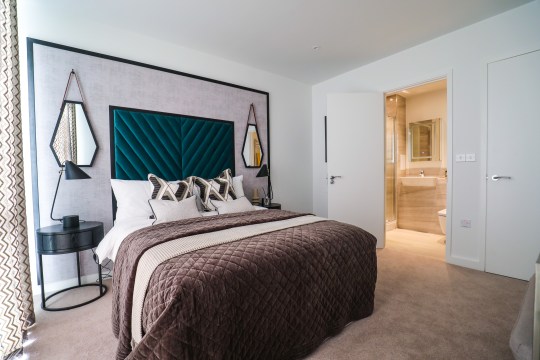 ‘On our current salaries, we could not get a mortgage to buy anything remotely big enough for the four of  us – even with some help from  family,’ adds Darren. ‘Shared ownership made it possible for us  to get on the housing ladder and  give my partner the chance to design our daughter a nursery, which she did not have the opportunity to do with her son.

‘Getting somewhere big enough to support our growing family with close links to extended family, friends, schools and green spaces seemed a bit of a pipe dream, so this development popped up at the perfect time.’

Union Square is in the heart of up-and-coming Perivale, in walking distance of its Piccadilly Line station and close to the Grand Union Canal. Apartments include open-plan kitchen/living/dining areas, a terrace, patio or balcony, Amtico luxury vinyl flooring and low-energy LED lighting.

Parking spaces can be purchased separately, and there’s a charging point for electric cars and secure cycle storage.

Do the maths: A two-bedroom apartment at Union Square