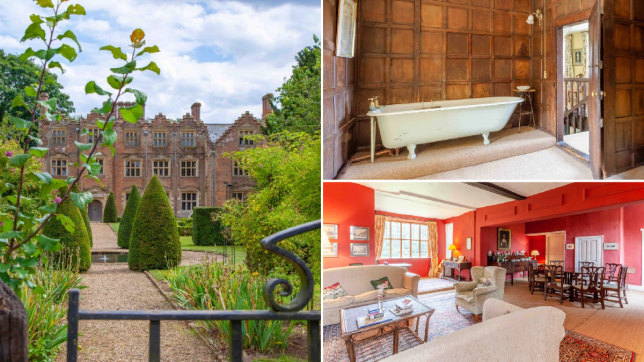 Wilby Hall could be yours for £2 million (Picture: Savills/BNPS)

Looking to move out of the city for a little more space?

How does 6,000 sq ft of living space spread over three floors sound?

For £2 million, you could live in this country manor with an impressive drawing room, sitting/dining room, kitchen/breakfast room, library, study, snug and bathroom on the ground floor and seven bedrooms, some with dressing rooms, and three bathrooms spread across the first and second floors.

And on top of that, the property has 12 acres of land, which includes a number of outbuildings. A former dairy building was converted into a one-bedroom cottage to provide extra accommodation to the main house. 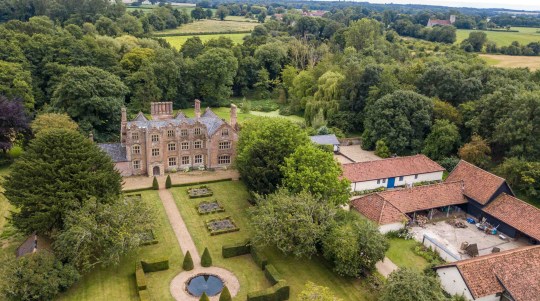 An aerial shot of Wilby Hall, showing the manor, outbuildings and gardens that are all up for sale (Picture: Savills/BNPS) 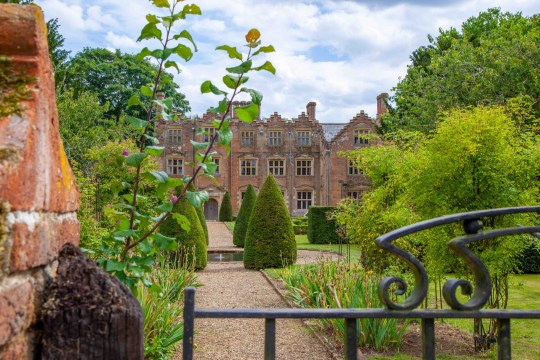 There is also a 17th century long barn that could be converted, subject to planning consent, a range of store rooms, stabling, open bay garaging, a chicken run and hay loft.

The grounds include an Elizabethan walled garden which has been formally landscaped with box hedging, topiary, a pond and ornamental trees. 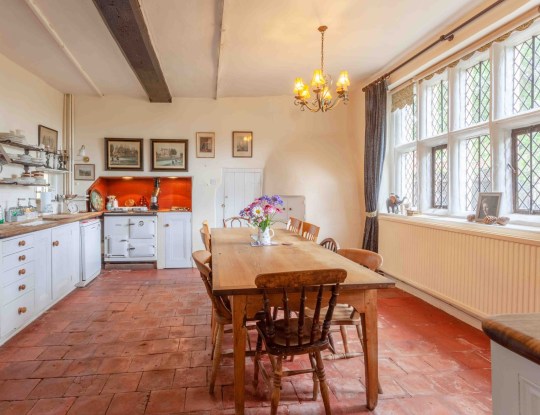 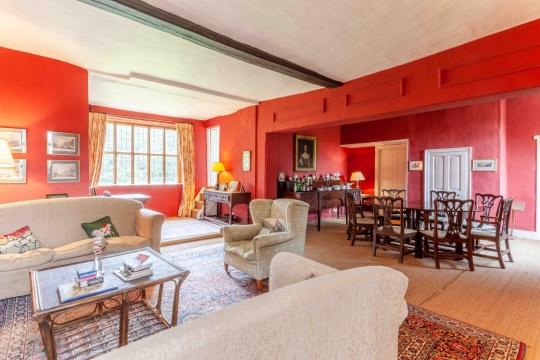 The reception/dining room in the country manor, which has been visited by Oliver Cromwell (Picture: Savills/BNPS)

There is also a large lawn leading to the moat and mature woodland beyond, a swimming pool and terrace, and meadowland good for grazing.

This Grade II listed home in the Norfolk village of Wilby, is believed to have been built by Sir Thomas Lovell and dates back to the late 16th century.

Since it was built over 400 years ago, it has had quite a history.

It was once visited by Oliver Cromwell and later, home to the real-life JR Hartley – a character featured in a famous 1980s Yellow Pages advert about an elderly gentleman looking for a fly fishing book. 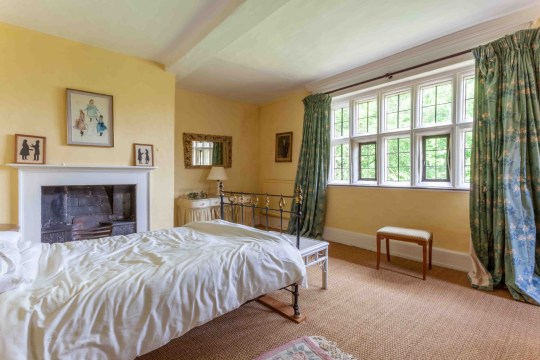 One of the seven bedrooms in the property (Picture: Savills/BNPS) 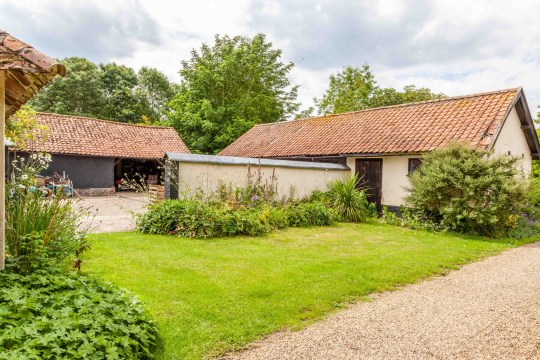 The property has 12 acres of land, which includes a number of outbuildings (Picture: Savills/BNPS)

It prompted some to search for the fictional book and Michael Russell, who was an accomplished fly-fisherman himself, ghost wrote it. It was published in 1991 and sold 130,000 copies within weeks.

Shortly before the royalty cheques, his wife Nicole Yarde-Buller was bequeathed a small fortune from her father, 4th Baron Churston, and they bought Wilby Hall.

The house became the seat of Michael Russell Publishing, from where he published more than 500 titles, often memoirs or biographies, some fictional. 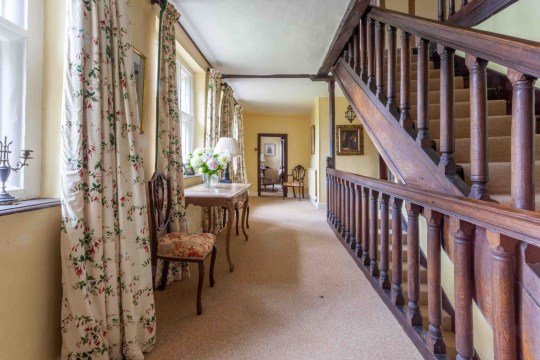 The house has over 6,000 sq ft of living space over three floors (Picture: Savills/BNPS) 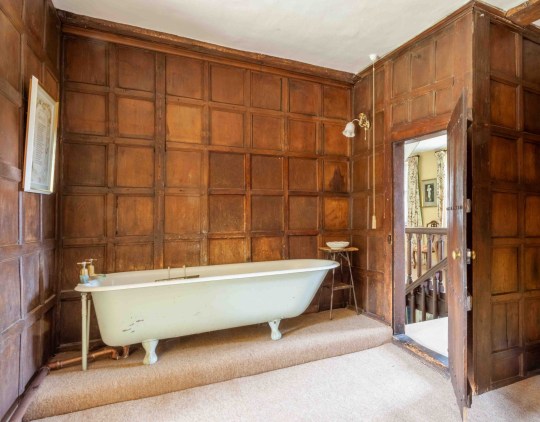 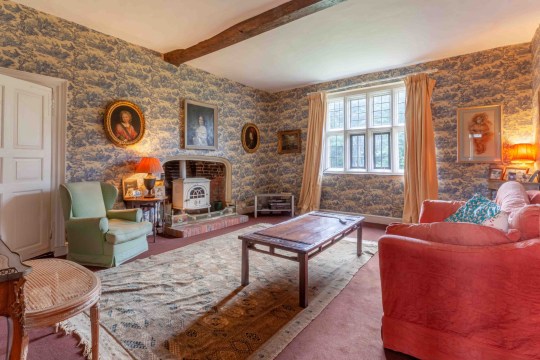 The snug is on the ground floor (Picture: Savills/BNPS)

Following Russell’s death aged 86 last year, the grand home is now on the market with estate agents Savills for the first time in 30 years.

Ben Rivett, from Savills, said: ‘The key thing about this property is the presence of it. As you drive up the tree-lined drive and catch a glimpse of the house, it’s just a magical spot there.

‘The architecture speaks for itself. It looks a big and imposing house, and it is, but inside it’s not unmanageable and sprawling, every room has a use.

‘That’s the charm of it, an Elizabethan country house over a manageable scale and in a quiet bit of countryside but with easy access to the A11, which is a direct route to London.

‘It sits directly in the middle of 12 acres, it’s partly moated, there’s a cottage which has been very nicely done and a range of outbuildings which is a blank canvas for anyone – they could be holiday cottages, a party barn or somewhere to house your classic car collection.’