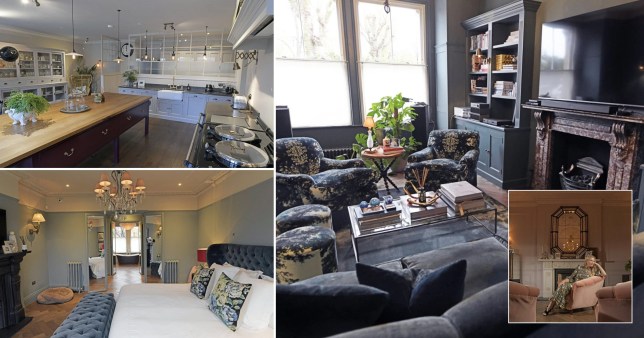 With a modelling career that took her all over the world, Laura Berkeley-Hawkes knew she was living out a fantasy lifestyle.

But instead of the couture, she found she was always more focused on the curtains instead.

‘I modelled for Storm between 1987 and 2001, and was on shoots in so many beautiful locations all over the world,’ she says.

‘But I always found myself more interested in the interiors in which I was being photographed than what I was actually wearing, which is where I think my passion to create gorgeous interiors came from.’

So, knowing what looks good in front of a camera, Laura has renovated three run-down period properties in London over the past 12 years, transforming them not only into stylish family homes but also locations that have formed the backdrop to scores of magazine spreads and advertising shoots.

Her present home, a detached Victorian 5,600sq ft house in Ealing, W5, with seven bedrooms and six bathrooms, has welcomed a parade of international stars and brands, all ready for their close-ups (@diaryofaphotoshoothouse). 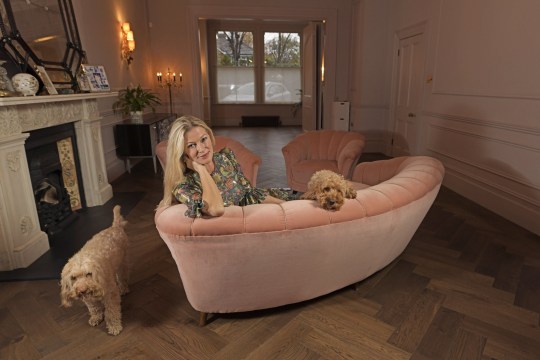 Former model Laura Berkeley-Hawkes turned her Ealing home into a location house for stars and luxe brands to use for photoshoots (Picture: Daniel Lynch) 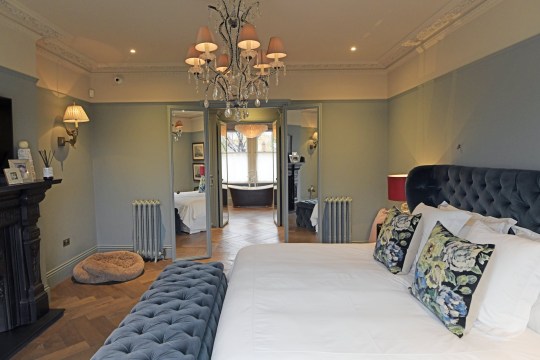 The home’s cavernous rooms, with high ceilings, huge fireplaces and Laura’s own artfully hand-picked furniture — such as the dusky-pink mid-century modern sofa in the main living space — provide both cinematic background and props. 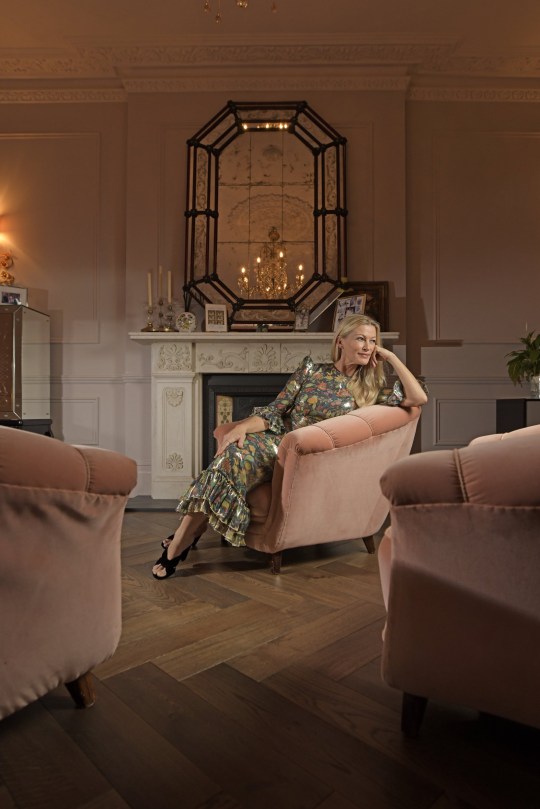 Tall ceilings and blush pink sofas add a sense of elegance that brands love to use in shoots (Picture: Daniel Lynch)

But creating a home that is liveable, as well as always camera-ready, is a true balancing act, says Laura, who shares the house with her husband, Gary, a feng shui master and life coach, their three children Gracy, 21, Harvey, 19 and Luke, 17, and their two cockapoos, Monty and Hector.

It may be a lucrative venture — Laura doesn’t want to say exactly how much it brings in — but ‘it’s really hard work, a bit like running a hotel,’ she says.

‘And when it comes to the décor, you can’t have exactly what you want, as it may not be neutral enough for shoots. But we have made sure it is a house we all love to live in, as well as one that is wonderful to work in.’

Achieving these objectives started three-and-a-half years ago as soon as they bought the double-fronted, three-storey villa-style house, which was built in 1888. ‘It had been well maintained, but hadn’t been touched since the 1980s,’ Laura says. 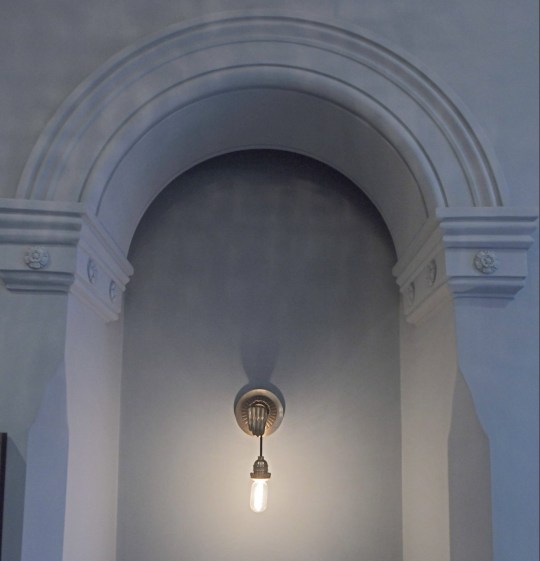 ‘Many of the original features had been stripped out, with the original sash windows replaced with plastic ones, and it still had an avocado suite.’

The first job, however, was to deal with the awkward, impractical flow — cue Gary’s feng shui skills.

‘The balance of a home needs to be just right, with as much natural light as possible, and with clutter kept to a minimum,’ says Gary, who has worked with renowned British interior designer Kelly Hoppen.

Over the next year-and-a-half, with no expense spared, the couple maximised the home’s potential, adding a large extension to the rear of the house, carrying out conversions of the loft and side return, and adding a huge terraced area to the landscaped garden.

The garage became a self-contained studio flat, and an orangery was designed as a romantic adjunct to a bedroom. A laundry, gym and pantry were installed, the ugly windows ripped out and replaced with hardwood sash models, and wooden parquet flooring was laid throughout.

‘I did a lot of research on homes of the period, and sourced fireplaces and ceiling plaster designs from the era,’ Laura says.

To keep things authentic, the bathrooms’ freestanding tubs, sinks and fittings are from upmarket Drummonds, Barber Wilsons and Lefroy Brooks, in elegant period style, and the kitchen was inspired by TV series Downton Abbey. 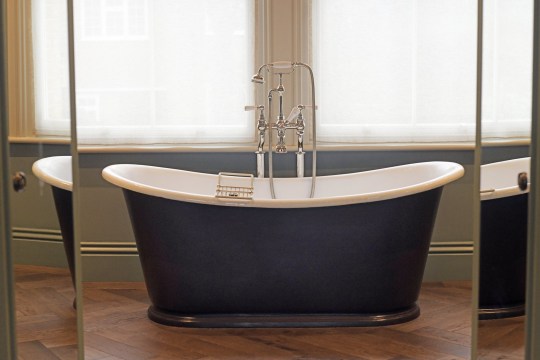 The freestanding bath pays homage to the style of the property (Picture: Daniel Lynch) 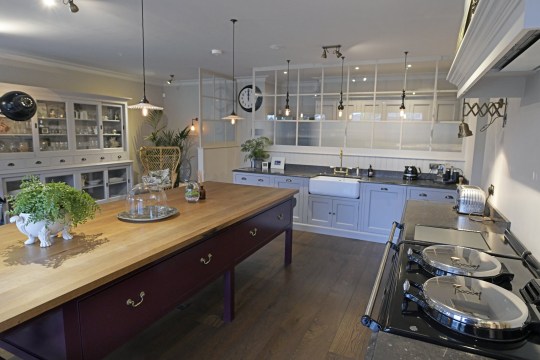 ‘With shoots taking over the house, it is often hard to schedule in family dinners,’ Laura says, ‘but the kitchen is still very much the beating heart of our home.’ The airy 27ft 11in by 22ft 3in room features handmade dove-grey cabinetry topped with Belgian limestone, a bespoke screen inlaid with reeded glass and a butler’s sink with brass taps.

Pendant lights based on Victorian pharmacy mortars and pestles are by Holloways of Ludlow and, for a burst of colour, the specially commissioned prep table is painted in Farrow & Ball’s dark aubergine Brinjal.

In fact, there are at least 16 colours by the period paint company throughout the house — regularly changed up when the firm is shooting promos here.

For now, they include Peignoir, Elephant’s Breath, Dove Tale, Mahogany, Drop Cloth and Railings, as well as a palette of blues — most strikingly in the library/TV room, which is painted in Inchyra Blue, reminiscent of dramatic Scottish skies. 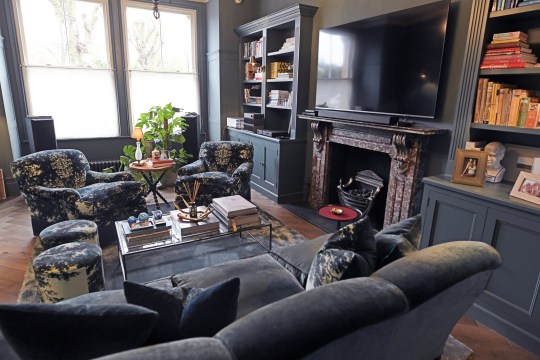 This room, with its George Smith sofa and chairs covered in Angel & Boho printed blue velvet, is a sacrosanct family space, filled with books and photographs.

‘Having enough privacy for family life is a juggle, but really important,’ Laura says. ‘And it’s something we will definitely be carving out in our next home.’

Having put their Carlton Road house on the market for £5million, they are now planning a move to East Sussex, where they want more space to create a music studio for their children — and which they also plan to run as a shoot location.

‘I want another big period renovation project, a house with a real soul,’ Laura says. ‘I do dream of having a home filled with wild wallpaper and lots more furniture, but know it won’t work for photos. I guess there’s always a next time.’

Find out more at fineandcountry.com.