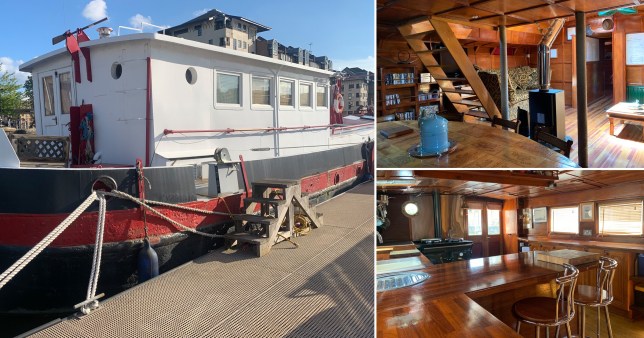 Keen for a home that’s also a slice of history? Listen up – you’ll want this place.

An original Dunkirk ‘little ship’ has been lovingly converted into a houseboat, now on the market for £300,000.

In its old life, the MV Gainsborough Trader took part in Operation Dynamo, taking troops from the French beaches under heavy fire in May 1940.

It had previously been used as a barge for transporting coal and flour, but in 1940 the Royal Navy snatched it up to transport soldiers from beaches to larger vessels.

The 70ft long vessel was ordered to the Mole to collect 140 troops and take them back to England, as one of the last boats to leave the area under fire.

After Dunkirk, the boat returned to work and served as a parcel service in the sixties.

It was rescued from the scrap heap in 1995, when its owners decided to give it a dramatic transformation, taking it from an old barge to a cosy houseboat, with three bedrooms, a kitchen, a dining room, and a lounge. 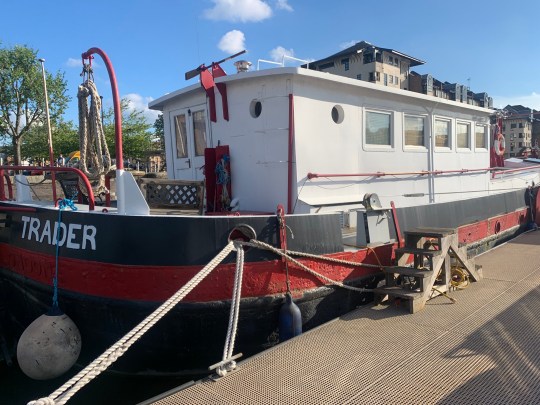 The MV Gainsborough trader started out as a transport vessel for coal and flour, but in 1940 was taken by the Royal Navy to help take soldiers from beaches to larger vessels (Picture: Zeewarriors/BNPS)

In 2011, the boat’s current owner bought it, and the vessel continued to have exciting adventures.

In 2012 it took part in the River Thames flotilla of 670 boats to mark the Queen’s Diamond Jubilee – the largest boat parade ever.

Then in 2015, the boat sailed back to Dunkirk to mark the battle’s 75th anniversary with 50 other ‘little ships’.

Now, finally, it’s up for sale. 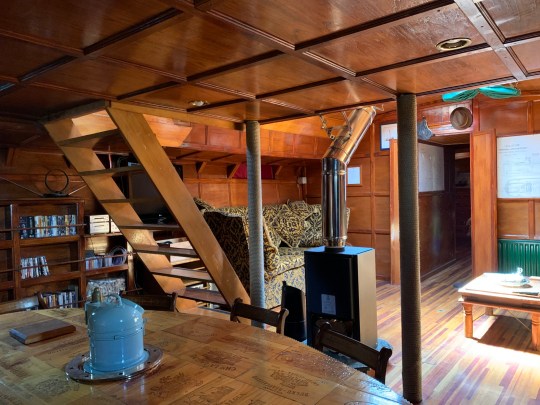 Years later, the vessel was turned into a dreamy houseboat (Picture: Zeewarriors/BNPS)

The interiors are pretty lovely, with traditional brass portholes and wooden fittings.

The galley has a fridge, freezer, dishwasher, and woodburning stove, while there’s a dining room with space for eight.

The bathroom has double sinks and even a Victorian-style bathtub.

There are three bedrooms, so the boat could make the perfect home for a family looking to live on water.

Catherine Carpenter, director of Zeewarriors Brokerage, which is handling the boat’s sale, described it as a ‘piece of history’. 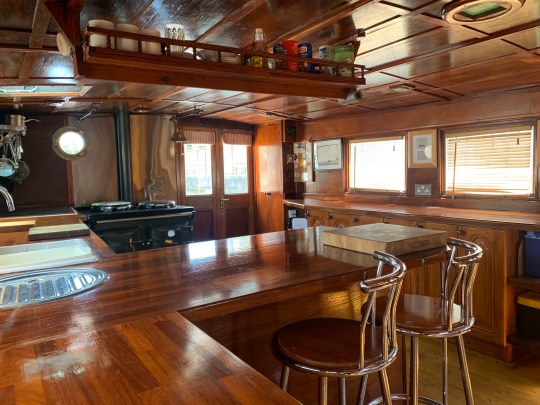 It’s now up for sale as a three-bedroom home on the water (Picture: Zeewarriors/BNPS)

She said: ‘MV Gainsborough Trader is owned by a man who has kept her in good working order but has decided to downsize.

‘She is in a prime location on the marina, with a great back deck that catches the morning sunrise and the sunset, too.

‘As the boat has three bedrooms, it could be suitable for a young couple who liked to entertain, or for a small family.

‘If people like watersports, such as paddleboarding or kayaking, she’d be a great buy as many people on the dock enjoy these activities.

‘Or if people are into maritime history then this could be their ideal home.’