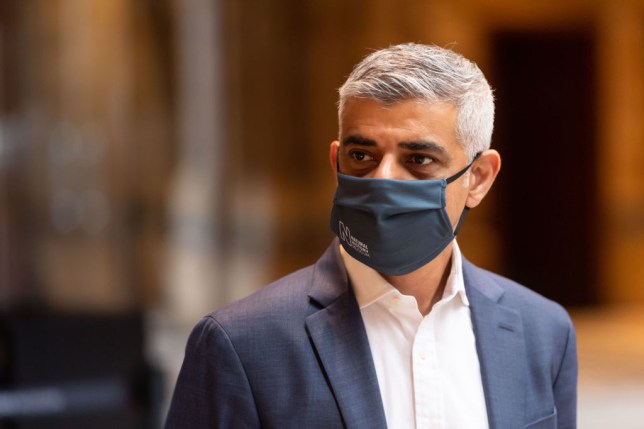 In the one of the hardest years our city has ever faced, the efforts of London’s keyworkers have kept our city going: keeping us safe, teaching our kids, and delivering life-saving healthcare in the toughest of circumstances.

But despite this super-human effort, keyworkers have learned the hard way that praise from politicians is cheap.

While Government ministers are happy to commend frontline staff in front of TV cameras and clap them from their doorsteps, it hasn’t stopped them pressing ahead with a real-terms pay cut for many of those who have carried the country through this pandemic.

As Mayor of London, I’m determined to do everything in my power to say ‘thank you’ to London’s heroic keyworkers where the Government won’t, by introducing new rules to help give them priority access to new cut-price homes to rent and buy.

In London, we know that housing costs are the biggest chunk of many households’ spending, and that even families on decent incomes can find themselves locked out of a home of their own, or paying unaffordable rents to a private landlord.

We’ve clapped for our carers, now it’s time to thank them properly

Despite the progress we’ve made since 2016 in building more homes, and delivering record numbers of council and other genuinely affordable homes, high house prices mean a typical home can still be more than 10 times the average salary of a nurse, firefighter or a teacher.

So to give our keyworkers the hand up they deserve, today I’m committing to issue new rules, which will back keyworkers to get priority for new low-cost, intermediate homes through schemes I have introduced such as London Living Rent and shared ownership.

Alongside new council and social housing for those in highest housing need, these intermediate homes could slash housing costs for London’s keyworkers on ordinary incomes.

With London Living Rent, rents are linked to a third of local incomes, while shared ownership homes can be bought on a part-buy, part-rent basis at a fraction of the upfront cost of a home on the open market.

Since I became Mayor in 2016, I’ve helped more than double the number of these homes being started across London.

In the future, my new rules will help keyworkers be at the front of the queue for the thousands of these cut-price homes in London that are set to be built over the next few years.

This is tangible help with the biggest cost that many keyworkers face. And an investment in the future of our city by encouraging those with essential skills and expertise to put down roots in the heart of our communities.

It also shows the kind of action that Government could be taking across the country if Ministers mean what they say about the heroic efforts of our NHS and other frontline staff.

We’ve clapped for our carers, now it’s time to thank them properly.

Making it easier for key workers to live in the city they serve with such dedication is the very least they deserve.

How I Do It: ‘I’ve been sex-free for months but refuse to break lockdown’

Beachfront cabin with ‘the best views in Cornwall’ on sale for £400,000

Stunning cliff-side home with bathroom carved out of CAVE network visited by Prince Charles and Diana on sale for £1.5m