Mortgage lenders started to pull their best deals just hours after Hunt announced he was ditching all but two of his predecessor’s planned tax cuts.

Hunt’s statement was intended to give markets confidence in the UK’s financial credibility, and while gilt yields and the pound both rallied, retail banks began hiking mortgage rates almost immediately.

NatWest announced just after 4pm that two-year fixed rate mortgages were going up by 0.4% and by 0.75% on five-year deals on all purchase, remortgage and first-time buyer deals. 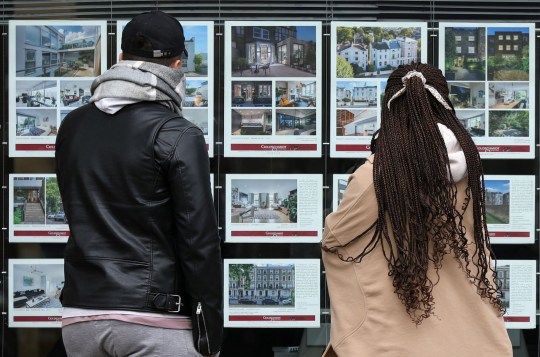 Yesterday’s two-year fix on the same mortgage was 6.14% with monthly repayments of £1,306.

The switch reflects increased certainty on interest rate rises by the Bank of England in the near term, with banks now thinking they won’t have to go up quite as quickly as under the previous plans.

Over five years however, there is more uncertainty as the cost of living will bite much harder on individuals’ ability to keep up with their payments. 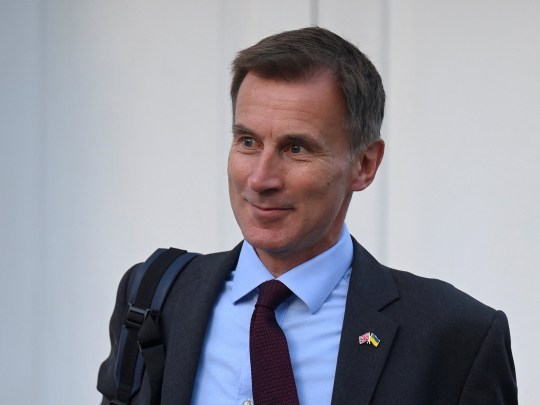 ‘Backtracking isn’t going to help millions of mortgage customers who have already been left up the creek without a paddle,’ he said.

‘Monday’s announcement by the new Chancellor may calm the markets, but mortgage lenders are currently swamped with applications due to the tidal wave that followed the now doomed mini-Budget.

‘Lenders are not simply going to lower interest rates overnight because they will drown with a further influx of applications.’

Lewis Shaw, director of Shaw Financial Services, agrees. He says: ‘Anyone speculating that fixed rates will come down by any meaningful amount in the next couple of weeks is mistaken. The adage remains true; interest rates take the elevator up and the stairs down.’

Lewis says anyone needing to remortgage should ‘as usual’ put their faith in a good quality broker and be guided by their recommendations.

‘What happens to rates now is going to be interesting,’ said Graham Taylor, managing director at mortgage adviser Hudson Rose.

‘The days of super-low rates are gone, that much is certain, but it would be good to see a little softening in mortgage rates.

‘I still advise clients to get their remortgage looked at six months in advance. They can then sit on the rate and, if things improve, make another application before the deadline.

‘If rates move against them they have the certainty that they already have something in the bag. Being proactive in relation to mortgages is more important than ever now.’

Think before you buy: fixed-price mortgages

Think carefully before you rush to fix for five years, it’s cheaper than two years for a good reason. Lenders think things will get better and market rates will
come down over the medium term.

It’s a gamble either way but if you think you might need to move before 2027, most five-year fixes will hit you with high early repayment charges.

Mortgage rates are set based on a lender’s cost of funds. These funds are raised, for the most part, using customers’ savings locked up in fixed-rate savings accounts and by borrowing from the money markets.

When the Bank of England raises interest rates, this feeds into mortgage pricing directly.

Lenders have to pay savings customers higher interest rates, so
they have to price their mortgages a bit higher still to give them room if
something goes wrong and the customer can’t repay and to allow them to make a profit.

Market confidence also has a huge effect on the interest rates banks charge each other – and that is why the previous Chancellor, Kwasi Kwarteng’s mini budget tax cuts were so cataclysmic.

He intended to borrow the money he needed to fund those tax cuts, which
would push inflation up even more.

That gave the Bank of England little choice but to accelerate interest rate rises.

‘Markets’ boil down to banks lending each other money – sometimes overnight, sometimes for many years. If they’re lending over two years at a fixed rate of interest, they have to predict how much that will cost them so they can price higher than this so they make that profit.

If everyone is worried that interest rates are going to go up a lot, then banks start charging each other far higher rates almost instantly. These rates are known as swaps and they determine mortgage rates.

Ten-year swap rates have been rising ever since Kwarteng was appointed Chancellor on September 7, spiking to 4.19% in the days following the mini budget and rising to over 5% last week.

That’s why many two-year fixed mortgage rates are now higher than five-year rates – there is way more fear about what happens in the next two years than in the next five.

Everyone is terrified of the cost of living crisis. Inflation is still high, leaving households with little spare income. Energy bills are crippling and don’t look likely to get better any time soon.

Ultimately, there is a genuine concern that the British economy is in trouble. That fuels higher costs as companies try to insulate themselves from folding and banks from vast numbers of customers being unable to pay their mortgages.

The rates of change: how mortgage rates have skyrocketed

The mortgage rates available today would have been unthinkable just a year ago.

Here we look at what happened to mortgage rates over the past 12 months and offer some best buy suggestions.

The examples below, are for the following mortgage:

Current best buys (at the time of going to print)

Got a mortgage question for Sarah? Email [email protected]