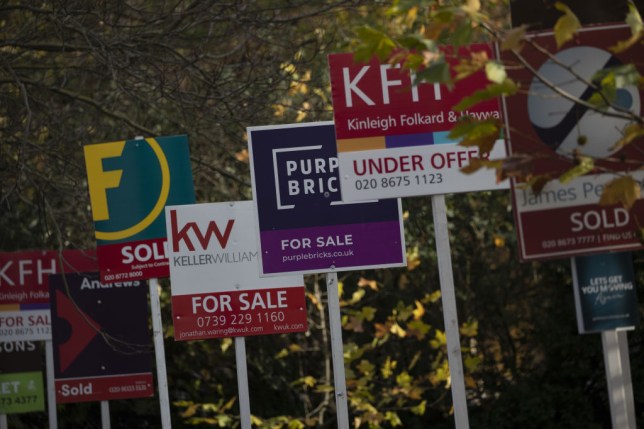 Don’t panic about your mortage – but do plan (Picture: Bloomberg via Getty Images)

Do not panic but do plan. In a nutshell, this is what mortgage brokers are saying after a chaotic week for markets triggered the withdrawal of 40% of mortgage deals while lenders work out what to raise rates to.

Whether you’re hoping to buy, already in a fixed-rate deal or in the middle of a purchase transaction things are not as bad as screamy headlines would have you believe.

Nevertheless, the past week has accelerated the need to have a proper think about your mortgage.

Here’s a guide on what to do next…

What is going on with mortgage rates?

Lenders fund fixed-rate mortgages by borrowing from the markets at a fixed rate for a fixed period of time. This allows them to price at a margin above the rate they have to pay to borrow.

Over the past 13 years, they might have borrowed £50billion over two years at a rate of 0.9% to fund two-year fixed rate mortgages. They would have priced those mortgages at a percentage over 0.9% so they make a profit.

But interest rates are going up. Since this time last year they’ve risen from 0.1 to 2.25% as the Bank of England tried to stop inflation soaring.

But, after the Chancellor’s ‘mini-Budget’ announced £100bn of tax cuts, which is likely to fuel inflation, markets know they’re likely to hike interest rates faster and higher than they’d expect. Instead of the base rate reaching around 4% by the spring, markets are now pricing funding for lenders on the expectation of a rate of about 5.75%. 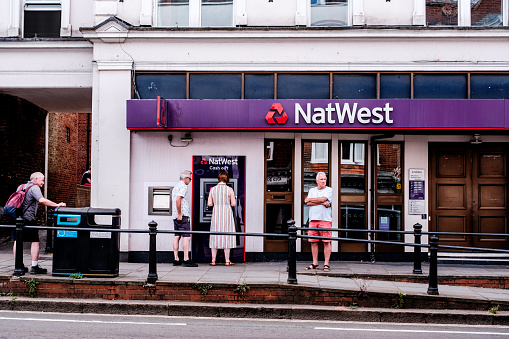 Mortgage lenders have started pulling their deals as a result of the mini budget (Picture:’ Getty Images)

Lenders make a massive loss if they price mortgage rates below their own funding rates. That’s why they’ve pulled their deals – they need to work out what they can charge.

Sabrina Hall, mortgage adviser at Kind Financial Services, explains: ‘Bank funding costs are fluctuating so much that lenders don’t really know how to price their products at the moment but they are still keen to lend so this is not a repeat of the credit crunch when they couldn’t get funding at all.’

Can your mortgage lender cancel your offer?

Technically, yes, as an approval in principle is exactly that – in principle. Should the circumstances change, they can withdraw. There have been reports of offers being withdrawn already, but mortgage brokers are currently reporting that most lenders are honouring their offers for between three and six months as agreed.

‘So far, there is only one lender that I know that has withdrawn mortgage offers and it’s a very niche specialist lender,’ says Sabrina. ‘They tend to get the most nervous first when markets are uncertain like this, but I very much doubt that high street banks and building societies will follow suit.’

What if you are due to remortgage now?

The advice is clear: ‘Sort it out as soon as you can’. Whether you’re coming to the end of a two-year or five-year fixed rate or you’re on a variable rate already, your monthly mortgage payments will go up substantially as lenders reprice their deals.

Variable rates are linked to a benchmark interest rate, so as the Bank of England hikes the base rate your lender will hike your mortgage rate.

When your deal ends you have a number of options:

If your deal is due to expire in the next six months, you may be able to remortgage now before rates go up even more. Even if there’s more than six months to go on your deal, talk to your broker now.

What if you can’t afford to or you don’t pass the credit tests? If you can’t get a remortgage, you’ll default onto SVR and your monthly payments will go up significantly.

Don’t despair, says Scott Taylor-Barr, financial adviser at Carl Summers Financial Services. ‘The mortgage market is an incredibly diverse place; just because you fail an affordability or credit with one lender does not mean you will fail with them all. Mortgage brokers know which lenders are more generous in certain situations and which are more tolerant in terms of their credit checks, so they can help guide your application towards the lenders most likely to help you.’

What should you do if your house value drops?

This won’t matter if you remortgage with your existing lender or you transfer to their standard variable rate because they do not require a new valuation.

You’re sitting on what’s known as a paper loss. It doesn’t affect anything until you either sell your home or you remortgage to a different lender. 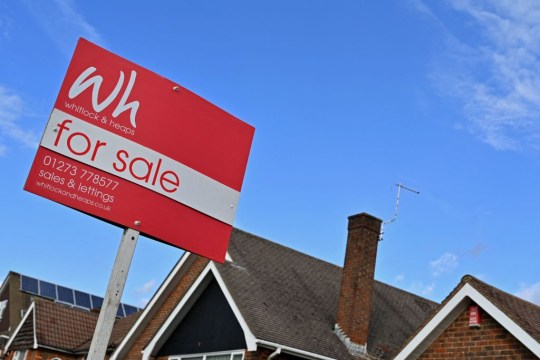 Buyers may find that mortgage valuations may no longer match the price they agreed to pay (Picture: Glyn Kirk/AFP via Getty Images)

However, Scott points out there is now a higher risk for buyers that your mortgage valuation may not match the price you’ve agreed to pay.

‘We may start to see more down valuations,’ he warns. ‘It is sometimes possible to challenge a down valuation, but you have to have very robust reasoning and solid evidence in the form of other properties that have recently sold in the area to support your valuation.’

I’m a first-time buyer, should I still try to buy?

Michael O’Brien, managing director at Home of Mortgages, is reassuring – saying the mortgage market is ‘still stable and despite reports that lenders have withdrawn from the market, they are simply repricing and haven’t disappeared. There is no way of getting away from the fact that interest rates have increased but we’re encouraging all first-time buyers to speak their broker to find out what the changes mean for you,’ he says.

‘Let us calculate what you can afford. Please don’t rely on hearsay, get the facts from the experts. Rents have gone up by as much as 20% over the past year so exploring your options to buy and understanding the new cost of borrowing is highly recommended.’