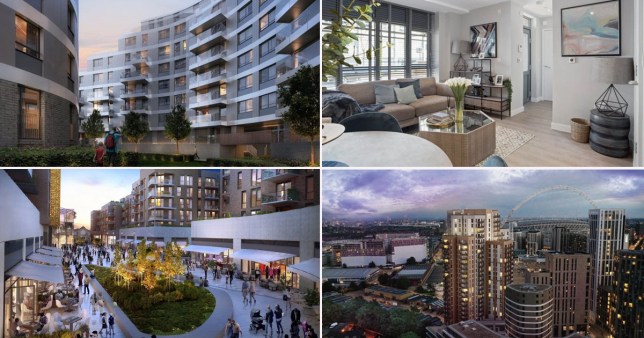 Turns out everyone doesn’t want to leave London after all (Picture: Metro.co.uk)

Property prices in two parts of London could double within the next 15 years, according to one of the country’s biggest home builders.

Hounslow and Wembley are two areas that could see jumps in prices similar to the hikes that have occurred over the last decade in parts of the eastern side of London, says Jim Wood, managing director of Barratt London.

‘Ten years ago, it was locations like Hackney and Peckham that benefited the most from regeneration – sparking the revival of the East. Could it now be the turn of the West, as we witness millions being invested into the regeneration of relatively under-the-radar places like Hounslow and Wembley?’ he asked.

The prediction comes after a survey by Barratt of 2,000 Londoners about what they value about the capital and what they would miss if they left it, as the city attempts to return to business via Prime Minister Boris Johnson’s roadmap out of the pandemic.

‘It’s clear the majority of Londoners are eagerly anticipating the return of relative normality, so they can get back to visiting their favourite restaurants and theatres,’ Jim at Barratt London continues.

‘If a cultural renaissance is on the horizon, which is not unlikely if we stay on track with Boris’s roadmap, we could see house prices in some parts of London double within 15 years.’ 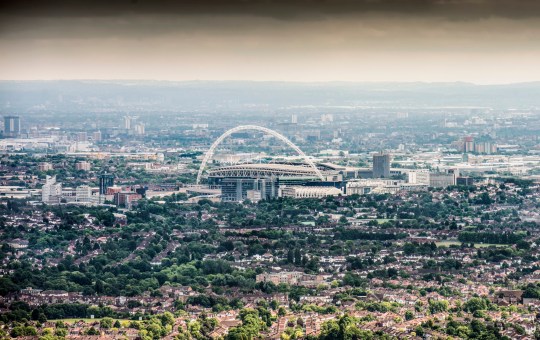 It could be West London’s turn for a regeneration (Picture: Getty Images)

‘What is clear, is that so many people are craving the buzz of city life and the lifeblood it brings to their community, so will not be taking any of it for granted again,’ Jim adds.

‘London will always be the beating heart of Europe, serving our aspiration for culture and creativity, from travel to the arts. I know our city will be fizzing with activity again and that uplift will be reflected in property values.’

Barratt’s survey also found that 85% of Londoners want to stay within the capital for their next move.

Similarly, recent research from estate agent Knight Franks indicated that half of all Londoners are looking within the capital, up from a low point of 39% last July.

Regarding what people would miss if they left the capital, restaurants came top, followed by shopping, socialising, and diversity and culture. 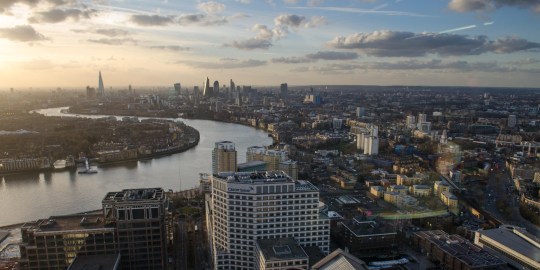 Despite a lull in lockdown, Londoners no longer want to leave (Picture: Alamy Stock Photo)

‘A tide change is happening,’ Mr Wood said. ‘As we recover from the effects of lockdown on metropolitan life, what has emerged is a vast tribe of Londoners who still couldn’t imagine living anywhere else. Our great city is a melting pot for culture and creativity, and it’s these reasons that have come up again and again in our latest survey: fundamental anchors that keep London thriving.’

Barratt’s survey also exposes how it is young people who are driving the desire to stay in London. Those aged between 16-24 and 25-34 were the most active age groups considering their next move within two years, and the top priority among the younger age group was to live somewhere with a good social scene, including bars, restaurants and cultural venues.

The 34-44 age group lead the way when it comes to people who see themselves working in an office or workshop environment five days a week post-lockdown. For these people, diversity and culture came top of what they would miss the most if they were to ever leave the capital.

‘For these culture vultures, London will always be the epicentre of the arts and creativity,’ Jim says.

‘From browsing local independent shops, to trying new and exciting restaurants, the constant stimulation of the city’s diversity and culture means they’re never too far away from their next inspiration.’

Find out more at barratthomes.co.uk.

Where to move to in the capital next? Check out Wembley

Wembley is the focus of Brent Council’s multi-billion-pound regeneration masterplan, set to deliver 11,500 new homes and approximately 10,000 new jobs by 2026.

Since the rebuilding of Wembley Stadium, many new apartments, retail outlets and eateries have already been built. 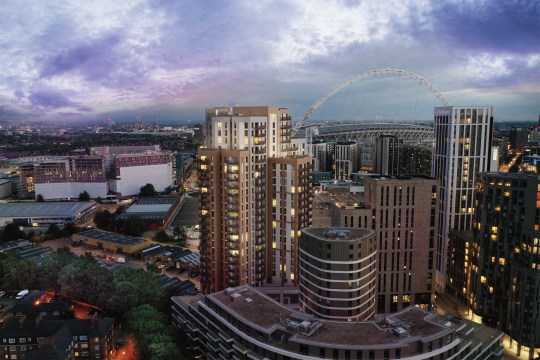 Barratt London has unveiled plans for 229 new homes at No 10 Watkin Road, in the Wembley Growth Area, a five-minute walk from Wembley Park Underground Station and Metropolitan lines.

‘The amenities in the area are second to none,’ says Pam Reardon of Barratt London. 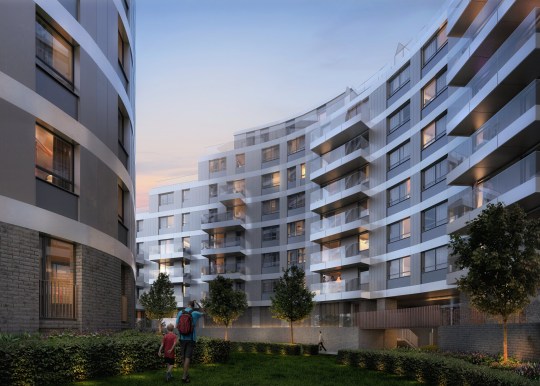 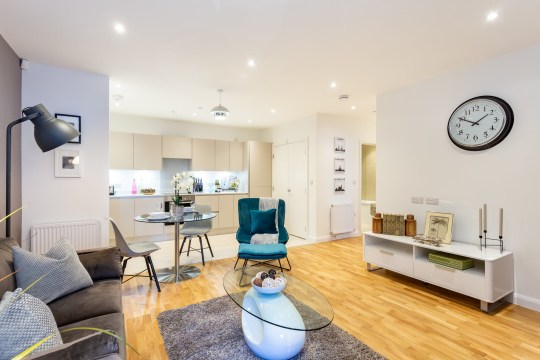 A development of one, two and three-bedroom apartments, close to two stations and just across the road from Wembley Stadium, the SSE Arena and Wembley Park’s numerous shops and restaurants.

Not your scene? Look at Hounslow

Hounslow has seen more than £765.25m invested in it since 2016 and is fifth out of all 32 London boroughs for the total number of private new homes beginning construction.

More than 500 homes, along with 130,000 sq ft of commercial space, are being built around a new town centre square, developed by Barratt. 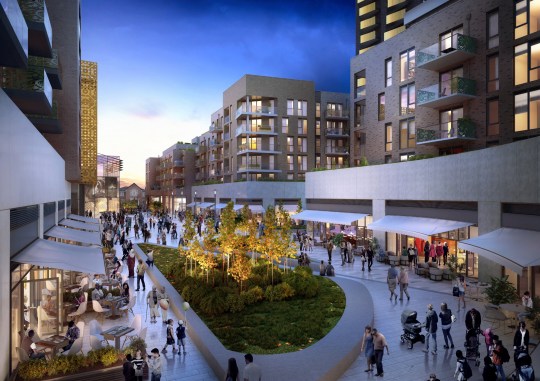 Barratt’s £210m High Street Quarter – including a ten-screen cinema, a variety of eateries and a new 27-storey tower – is scheduled for completion in late 2022.

There will be a crescent of cafés and restaurants linking the High Street to the Blenheim shopping centre. 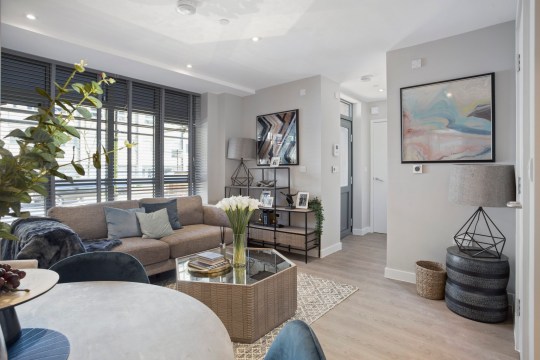 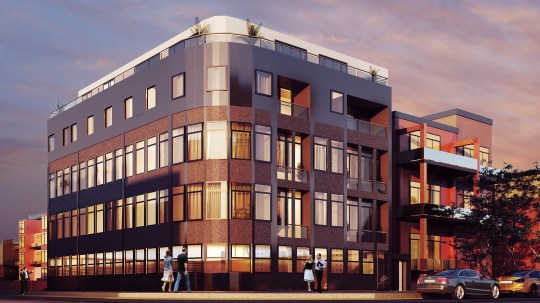 These one and two-bed apartments are in the heart of the regenerated town centre, with shopping and public transport on the doorstep.