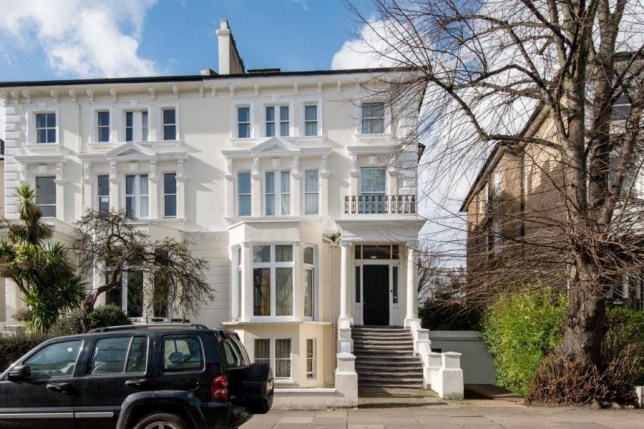 The state of renting in London is bleak, to put it lightly.

Just look at the reaction to our series, What I Rent, where week in, week out, people from outside the city are baffled by why we pay so much each month for small, shabby flats.

There are many depressing rentals out there, but this one has taken us by surprise… because there doesn’t appear to be a bed.

Or even space for a bed, as far as we can tell.

And yet it’s available for rent for the princely sum of £900 per month.

The studio flat is just 22ft in length and under 10ft in width, meaning it offers just 242 sq ft of space. 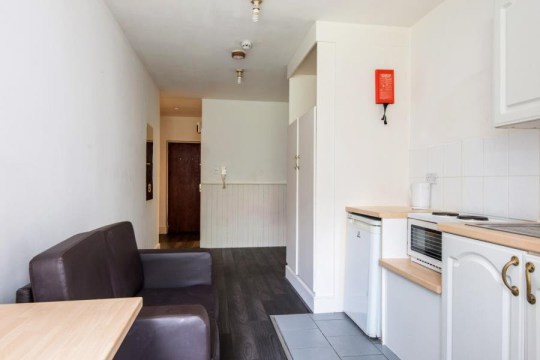 A studio flat is available for £900 a month (Picture: Goldschmidt & Howland/Zoopla)

It’s got a long, narrow shape, with the bathroom at one end and the ‘kitchen’ at the other.

That kitchen doesn’t seem to have an official oven, but it does have one of those microwave oven with hob combo things.

Also in the kitchen area is a fridge, a sink, and some cupboards. 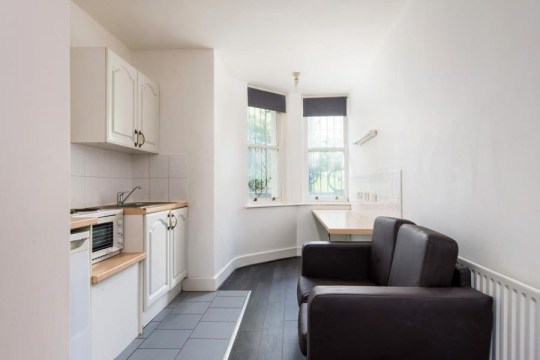 A fun game: Where would you put the bed? (Picture: Goldschmidt & Howland/Zoopla)

Then, directly opposite the fridge, is your sofa. There’s no TV, sure, but you have that microwave oven to keep you entertained.

Photos of the flat on the Zoopla listing don’t show any bed, but some people have suggested the sofa could be a fold-out.

Other flats in the building are shown with a bed in the space between the kitchen and the bathroom, but this does rather limit your floorspace. 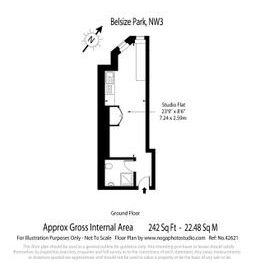 There’s a kitchen area, a desk, and a bathroom (Picture: Goldschmidt & Howland/Zoopla)

The listing describes the rental as a ‘well presented’ and ‘fantastic’ studio flat, noting its location close to Belsize Park as a major selling factor.

Included in the monthly price are utilities and free wifi, so that’s something.

If you’re looking at this place and thinking ‘yes, I would love to live there’, you can book in a viewing through Zoopla.