London studio flat on sale for £150,000 lets you cook from your bed

Ah, London, a wonderful place where you can either spend all your money on renting or save your pennies and pounds in the hopes of one day being able to afford a deposit.

With an asking price of £150,000, this studio flat might be within easier reach than most properties in the capital city.

But, as you’d expect for such a comparatively low price, it’s not the most spacious of dwellings.

If you approach the flat with some positivity, however, there’s a lot to shout about.

Sure, you could question why the hob is directly next to the single bed. Or you could consider the magical possibilities of cooking while sitting down.

You could also raise issue with the shower overlooking the ‘kitchen’ sink. Or you could say it’s a smart use of space. Up to you. 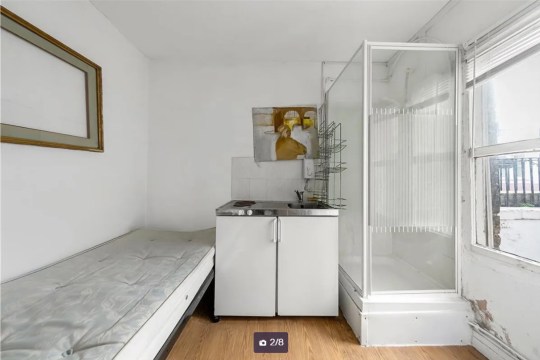 A creative use of space, we’d say (Picture: Zoopla) 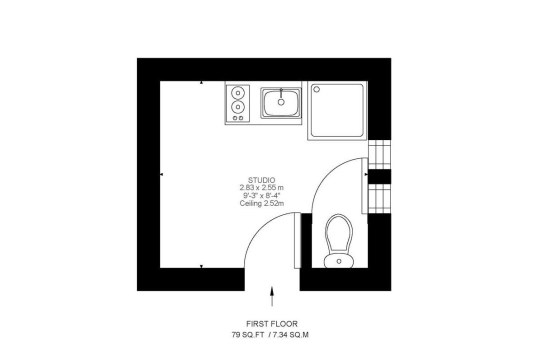 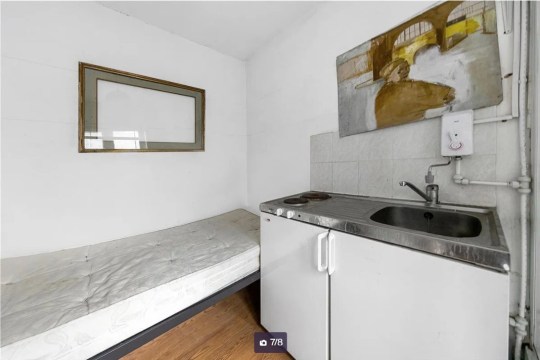 The bed sits side-by-side with the ‘kitchen’ zone (Picture: Zoopla)

Offering 79 sq ft of space, it’s certainly not an ideal first-time purchase for a couple or those who like to do yoga in their living room.

And in fact, you can’t actually live here. Not full-time, anyway.

The Zoopla listing notes that the property ‘cannot be let or occupied as a permanent residence’, we imagine because it’s just too teeny-tiny to be sold as a home.

You also won’t be able to get a mortgage on the place, if that’s what you were hoping for – estate agents Douglas & Gordon say the property is for cash buyers only. 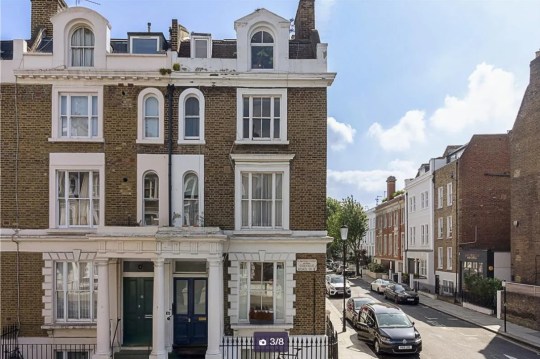 The flat is in Notting Hill, just a short walk from Westbourne Park station (Picture: Zoopla) 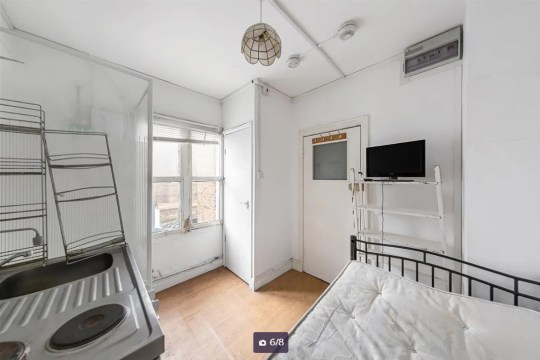 Cook from your bed and watch TV at the same time. The dream! (Picture: Zoopla) 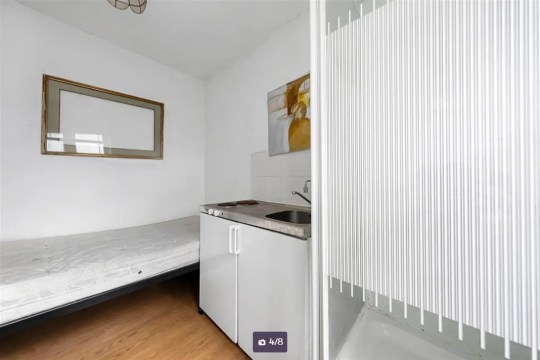 There’s the shower, right by the sink. The toilet is tucked away (Picture: Zoopla/zoopla.co.uk)

Other fun details in the flat include some shelves by the door (do they look like they’re leaning? Perhaps), a single light hanging from the ceiling, and a window to let you look out at the pretty Colville Road, which sits in the exclusive area of Notting Hill.

The listing describes the flat as a ‘wonderful opportunity to create a London bolt hole’, stating that it ‘requires modernisation throughout’ but could become a ‘wonderful base for someone’.

We’re not entirely sure why someone would want to buy a flat they can’t live in, but we suppose for someone who commutes in during the week and just needs somewhere to rest their weary head, this could be an option.

As long as they don’t mind putting their alarm clock on the hob, that is.

How to find a trusted tradesperson and avoid rogue workers