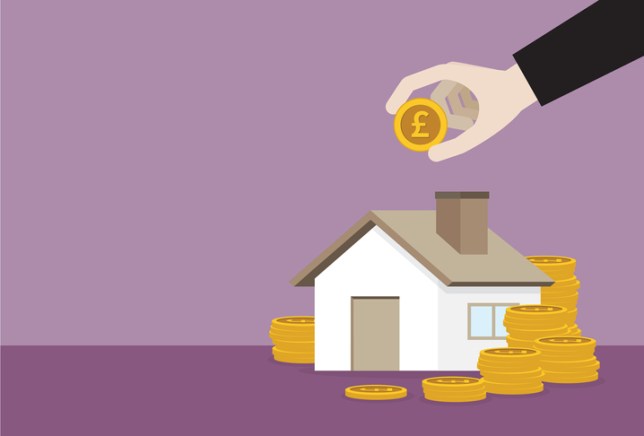 And now there’s even more bad news for renters as even with homeowners facing things like higher maintenance costs, first time buyers end up £824 a year better off, according to research by Halifax.

That’s on top of the money that goes towards a mortgage that they can get back when they sell, whereas rent is seen as ‘dead money’.

Although £824 is the average, it does differ across the country.

The slimmest gap between buying and renting is in Northern Ireland, where buyers are £539 a year better off, followed by East Midlands, where homeowners are saving on average £897 and Yorkshire.

The gap has increased by 8% in the last year, which is being attributed to the pandeimc.

The Halifax Buying vs Renting Review is based on the housing costs associated with a mortgage on a three-bed home, compared to the average monthly rent of the same property type.

Buying costs include mortgage payments, income lost by funding a deposit rather than saving, spending on household maintenance and repair and insurance costs. 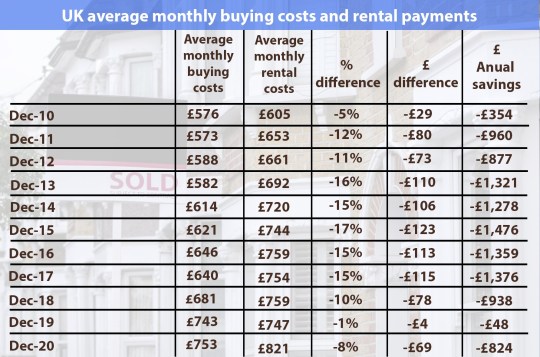 The data from Halifax showing the average monthly costs over the last 10 years (Picture: Metro.co.uk/Getty)

Although the events of the last year has widened the gap again, the difference was much bigger in the years before 2019.

The starkest contrast was when the gap reached 17% in 2015 – £123 per month, or £1,476 a year, but increased average mortgage payments and the rise in the deposit amount started to narrow that gap. 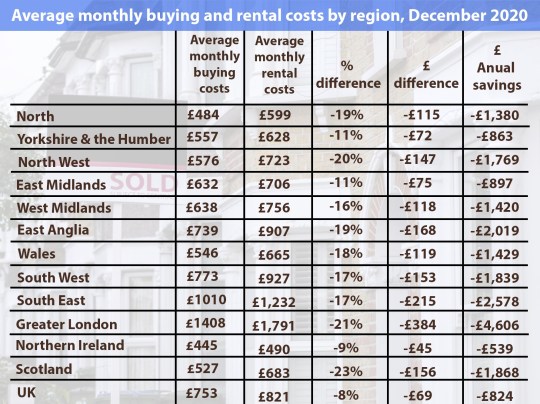 The data from Halifax showing the cost differences across the UK this year (Picture: Metro.co.uk/Getty)

Andrew Asaam, Mortgages Director, Halifax, said: ‘Lockdown restrictions may have held back renters planning to buy a property during the past year with its practical challenges, and while the stamp duty holiday race has helped drive record levels of mortgage approvals, the cost of renting has crept up in the same period.

‘Although the biggest savings to be made – of around £5,000 a year – are unsurprisingly in the capital, homeowners in the South East, East Anglia and Scotland are also making the biggest savings a year, around £2,000 on average compared to their neighbours who are renting.

‘Raising a deposit is still the biggest challenge for those looking to get on to the property ladder, but the average first home deposit has gone up by another £11,000 since the start of the pandemic.

‘We know that first-time buyers will benefit from steps that make finding a deposit more of a reality and the new Help to Buy Mortgage Guarantee scheme could be a gamechanger for those saving hard to take the first step and often paying rent at the same time. We have also committed to lending £10bn in
2021 to help people buy their first home this year.’

The 8 Covid symptoms you need to know