Lifeboat house perched above the waves on sale for £170,000

How’s that for a sea view? (Picture: Savills/Wales News Service)

Love a sea view? Hate being near people?

Well, we could have the property for you.

You could be the proud owner of a truly unique property that can only be accessed by a 740ft-long pier or by boat from the promenade in Mumbles, Swansea.

Sitting high above the waves, The Old Lifeboat Station definitely makes an impression.

The building measures 1,643 sqft but doesn’t seem to have a single room within, so you’ll probably want to get the builders in.

It was previously granted planning to be turned into a restaurant but is now up for sale to be used only for residential purposes. 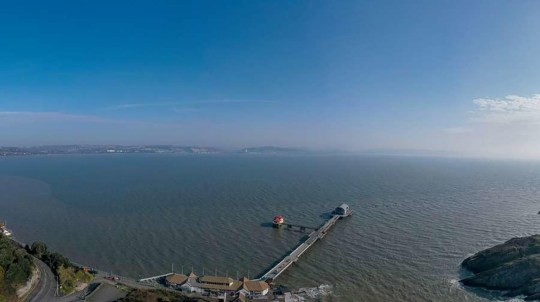 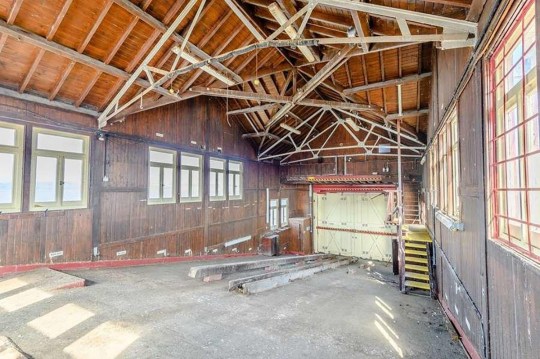 The inside is pretty bare (Picture: Savills/Wales News Service)

Abbey Bennett, of Savills, said: ‘It is a real pleasure to bring such a rare opportunity to the market. Grade II listed for its unique character and heritage and occupying an absolutely spectacular location, it is being sold for residential use only and, as such, could become a fantastic “grand design” home, or a distinctive holiday let investment.

‘And with the current owners committed to investing £18million in the regeneration of the wider Mumbles Pier over the coming years, it is a proposition that we expect to generate huge interest.’ 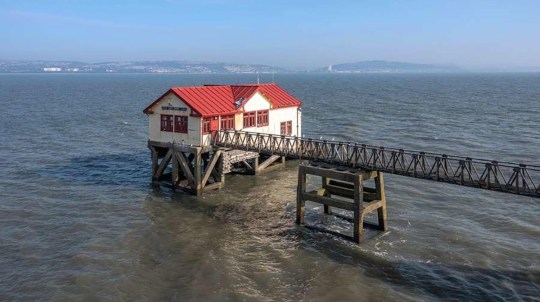 Abbey said: ‘One-off character properties are fascinating to market. Earlier this year we marketed a historic former park lodge for sale, a three-floor Gothic-style building that was unique in that it was actually built into the park walls.

‘And despite the park lodge being vacant for a number of years, it attracted a lot of attention and a sale was agreed above the guide price of £170,000.

‘We anticipate that the Old Lifeboat Station might attract a similar audience to the park lodge – those seeking a truly unique opportunity, and are committed to bringing this jewel in the ocean back to life.’