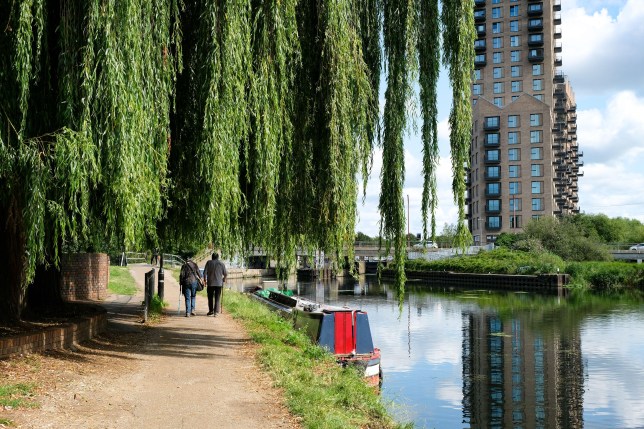 At one time, Tottenham had a reputation for crime and shabby housing.

Now though, it has cleaned up its act, regeneration is underway, and home buyers from well outside its borders are discovering its many merits.

Multicultural, community-minded and with plenty of green space, it has Overground and mainline services, plus the Victoria line and Stansted Express from Tottenham Hale, the shiny new station at the epicentre of an area benefiting from £1bn development investment, backed by Haringey council and the Greater London Authority.

‘Buyers priced out of Hackney Downs and Dalston look to Tottenham as it is still considered fairly affordable,’ says Mark McKerral, of JLL’s residential development team.

‘With exciting regeneration development projects coming down the pipeline such as Heart of Hale, there is a lot to look forward to.’

Heart of Hale is a residential-led project by Related Argent on a site around the revamped Tottenham Hale station.

Created in collaboration with a world-class consultant team, including Alison Brooks Architects and Allford Hall Monaghan Morris, it will include a central square with shops, cafés, restaurants, a new cinema, and 1,030 new homes. 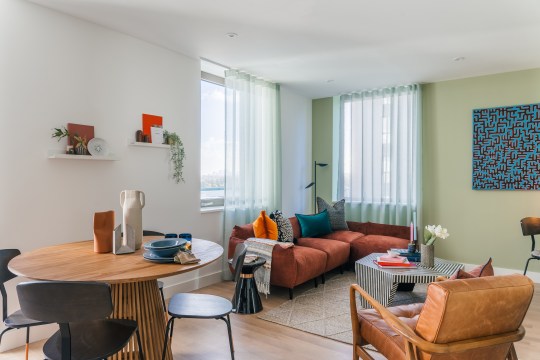 Two-bed flats offering Help to Buy are for sale at 2 Ashley Road (Picture: Heart Of Hale)

Two-bedroom flats offering Help to Buy are still available in current phase 2 Ashley Road, ahead of the application deadline at the end of next month.

They’re ready to move into, with bright, open-plan living spaces opening on to balconies, and use of The Deck, a fifth-floor roof garden with great views. Homes start from £590,000. One-bedroom flats in earlier phase 1 Ashley Road are from £442,000, at Heart of Hale.

More than 100 of the new homes will be available with shared ownership, on a part-buy, part-rent basis. Sage Homes has released one, two, and three-bedroom apartments at 2 Ashley Road, all with balconies, oversized windows, underfloor heating, Amtico vinyl flooring in living areas, and carpeted bedrooms.

The kitchens have soft-close cupboards and drawers, marble-effect worktops and upstands, plus Zanussi integrated appliances. 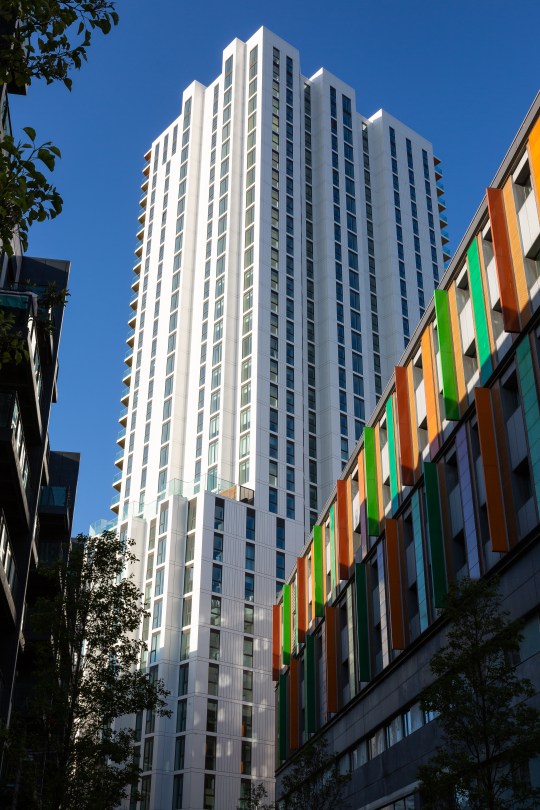 Shared ownership homes are also for sale at two Newlon housing association schemes. One and two-bedroom flats at Hale Works, a striking contemporary tower with a sky garden in thriving community Hale Village, start at £93,750 for a 25% share of the full market value of £375,000.

Tottenham Hale station and the River Lea are close. And at nearby Millstream Tower, also in Hale Village, one and two-bedroom homes are from £88,750 for a 25% share of the full market value of £355,000.

Meridian One, by Vistry Ventures, is the inaugural phase of a 25-year regeneration plan at Meridian Water, north of Tottenham Hale. Alongside new homes, the first phase will include a new station square, shops, leisure facilities, a skills academy, a large community garden and green space. 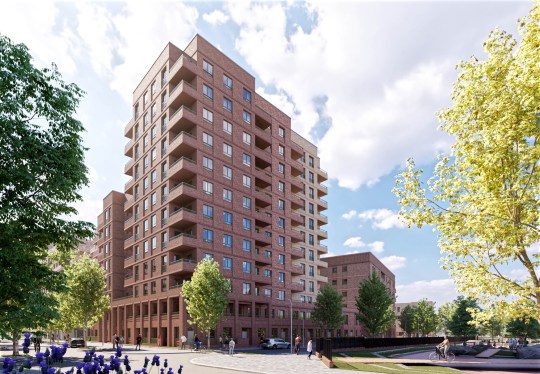 One and two-bedroom private sale apartments start at £360,000 with Vistry Ventures.

‘Many of the developments being sold currently have appealed to first-time buyers who have bought on Help to Buy London, families and local investors who can see the bigger picture with changes over the coming years,’ he explains.

Everything potential buyers need to know about Tottenham

Who lives there? First-time buyers and young families 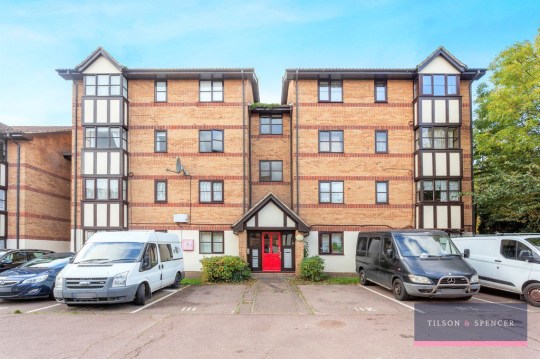 A one-bed flat with all-white decor and large living room on the top floor of a
low-rise purpose-built block. There’s no onward chain.

Check it out via Tilson & Spencer. 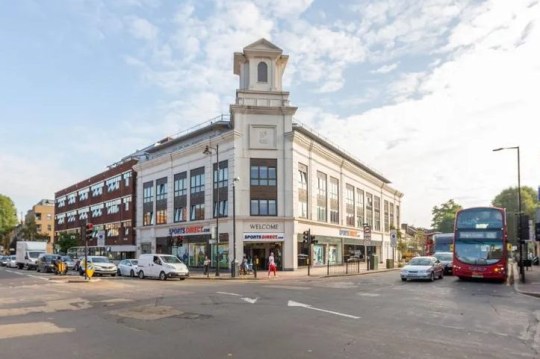 Near two Overground stations, this one-bedroom flat has an open-plan
kitchen/living room and use of a shared roof garden.

Check it out via Purple Bricks. 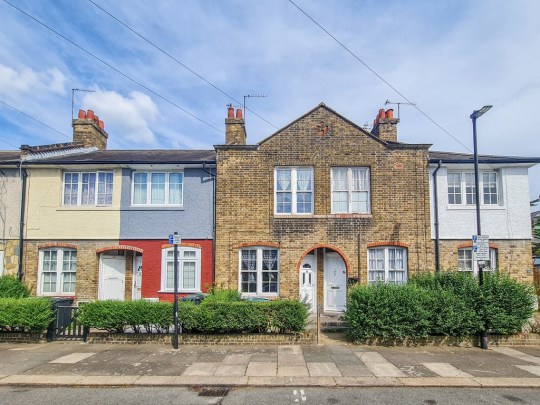 Step up: this charming terrace has bags of potential (Picture: Wilkinson Byrne)

This two-bedroom mid-terrace house is in the Tower Gardens conservation area and with a little work, could be transformed into a really gorgeous home.

Check it out on Wilkinson Byrne. 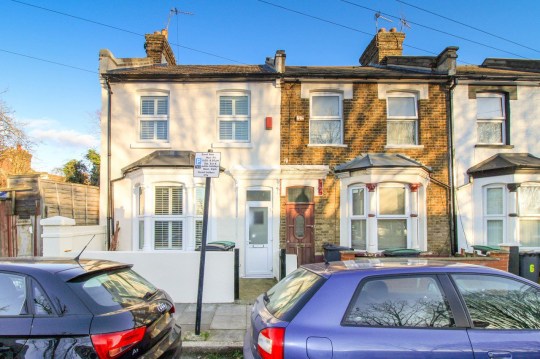 Step up: a lovely three-bed with plenty of period features (Picture: King’s Group)

With many original features, this three-bedroom Victorian house in immaculate condition is ripe for a loft conversion.

Check it out via Kings Group. 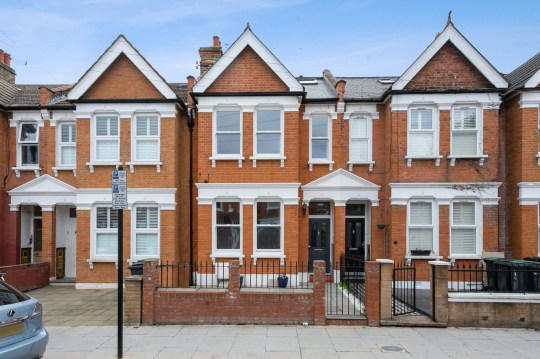 Check it out via Winkworth. 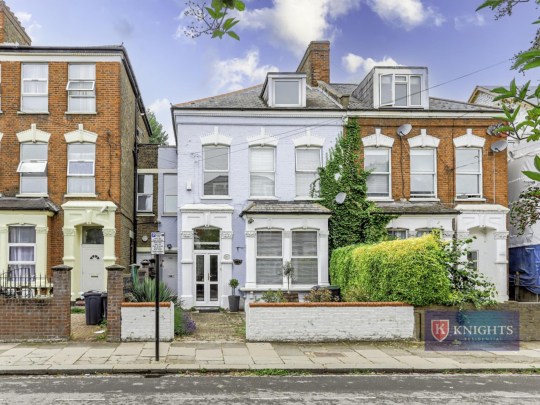 A five-bedroom, two-bathroom house with a lovely garden and a basement that could be turned into a self-contained flat.

Check it out on Knights Group.

Case study: ‘We like the idea of being pioneers and getting in somewhere first’ 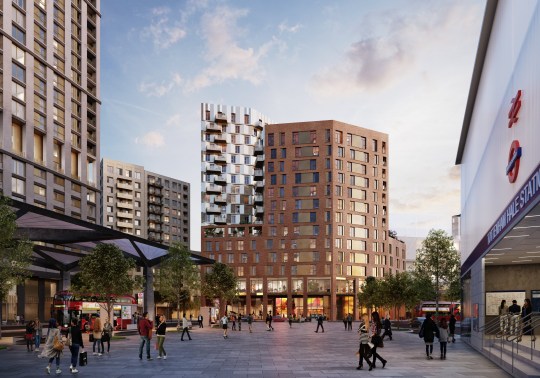 After renting in Islington for nearly ten years and having the opportunity to save hard over the pandemic, Maria Flores and her husband Fernando decided it was time to buy their first home together.

The process didn’t take long – they were clear that they wanted a new-build place and viewed just three other apartments before reserving a two-bedroom, fifth-floor flat at 2 Ashley Road in Heart of Hale.

Tottenham Hale is one of the most affordable stops on the Victoria line,
while data from property company JLL shows that it is a smart choice for
the future, with house prices set to grow by 24% over five years
compared with 17% across Greater London.

‘What we really like about Heart of Hale is that it is from the same team behind King’s Cross,’ says Maria.

‘We’ve enjoyed watching King’s Cross evolve over the last eight years and saw our purchase at Heart of Hale as a chance to invest. We expect the value to grow as Tottenham Hale becomes more valuable.

‘And we didn’t want a flat that we needed to refurbish and turn into a project. We wanted something uncomplicated that was ready to move into straight away. We bought using Help to Buy.’ 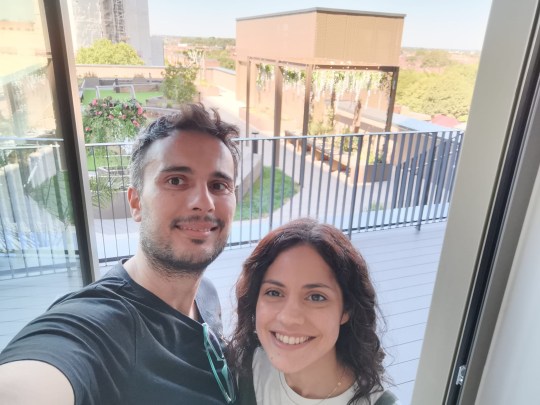 Maria Flores and her husband Fernando get the keys to their new home (Picture: Supplied)

Maria works in IT and splits her time between home and her office in Stratford, two stops from Tottenham Hale station. ‘My husband and I both love working from home. The space is great, with one of us working in the spare room and one in the living room.’

‘We like the idea of being pioneers and getting in somewhere first. There’s fast internet and it’s just comfortable and easy so works out perfectly,’ she adds.

Much of Tottenham Hale already carries Transport for London’s highest rating for transport accessibility, and being a two-minute walk from the station was a big plus point for the couple.

‘We love how close the development is to Tottenham Hale station,’ says Maria. ‘And we quite often visit family in Spain – Stansted airport is only 30 minutes from home.

‘We wanted to get in early to a scheme that could become something like King’s Cross. It’s easier and better value to get in now rather than later and it’s definitely something we won’t regret in the future.’

Two-bedroom apartments at 2 Ashley Road start from £590,000, Heart of Hale