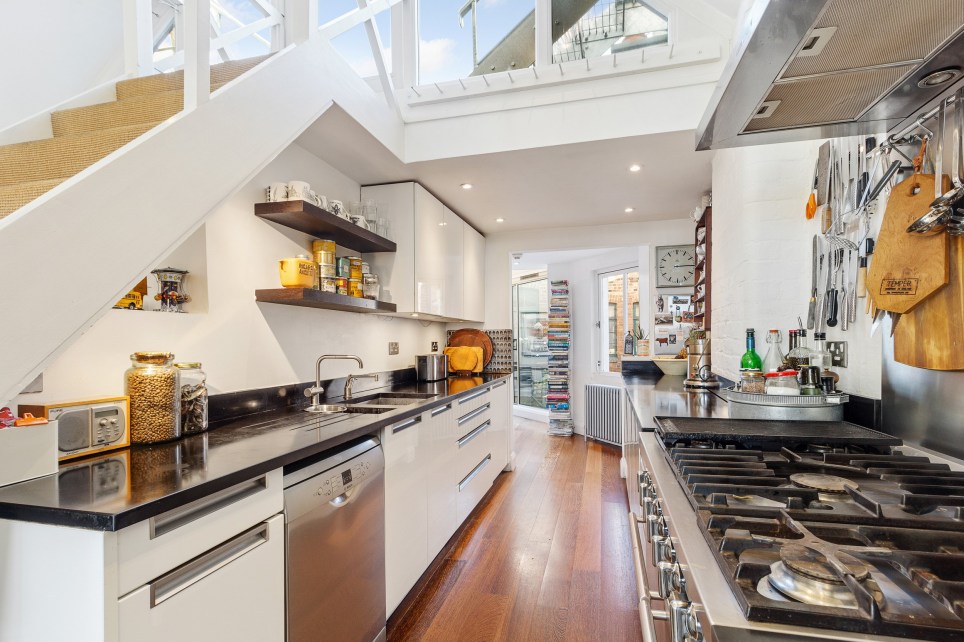 The stories of artisan honey producers Bermondsey Street Bees and a graceful four-storey warehouse conversion in the heart of south London are inextricably intertwined.

Dubbed ‘Honey HQ’, the early Victorian former industrial building, at 103 Bermondsey Street, has been home to some of the capital’s most lauded hives for the past 14 years, producing multi-award-winning, single-source unprocessed honey loved by five-star hotels, Michelin-starred chefs and celebrity bartenders.

And it all started, says Sarah Wyndham Lewis — who with husband Dale Gibson is one of the firm’s founders and owners of the building — with an impending midlife crisis.

‘Back in 2003, Dale was working in the City, I was running a successful dog collar business, and our sons, Matthew and Alexander, were teenagers,’ Sarah says.

‘We had a fabulous period home in Hampstead, in north London, but I suddenly felt overwhelmed with the fact we were approaching middle age, and I didn’t want us to grow old before our time.’ 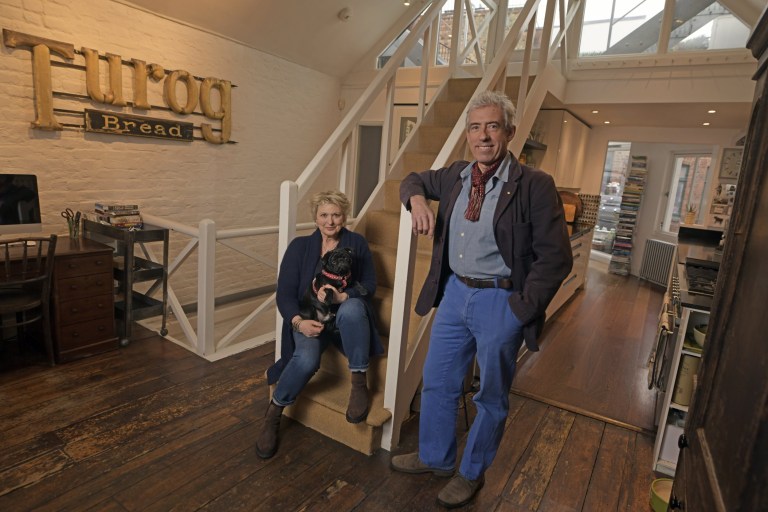 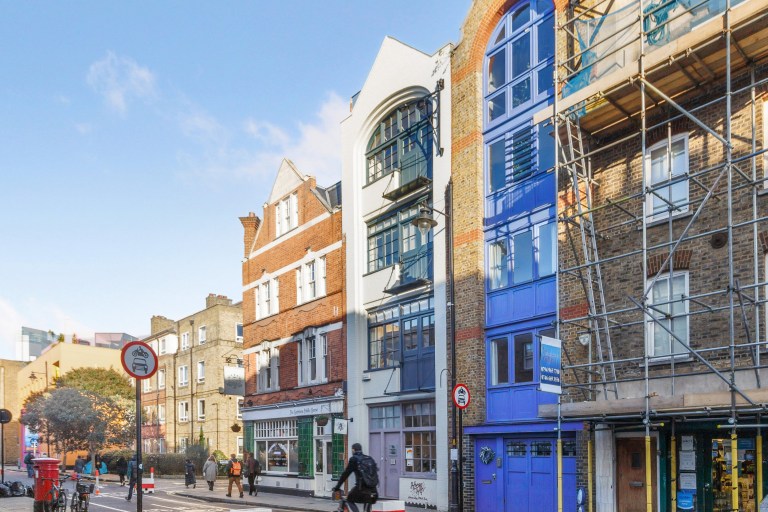 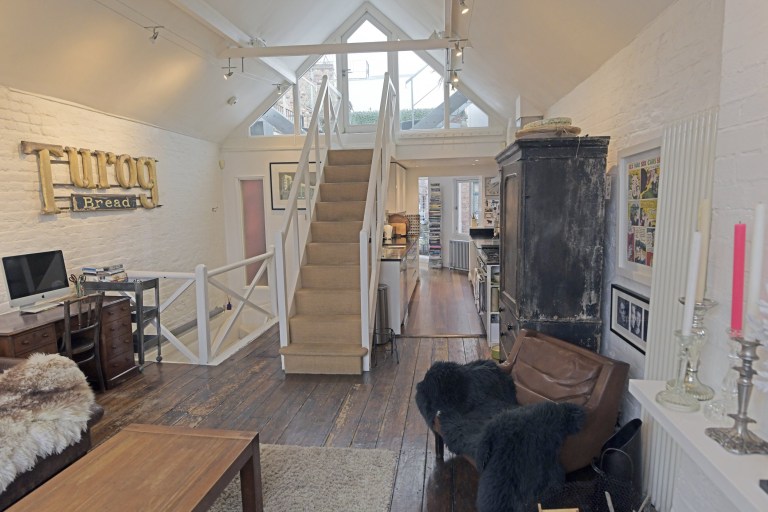 ‘I needed to make a change. So I put the house on the market while Dale was on a business trip in New York, and started house-hunting.’

Having convinced Dale this was a great idea — ‘probably while he was still jet-lagged,’ laughs Sarah — she proceeded to view scores of different houses across London, but couldn’t find one that really inspired her. 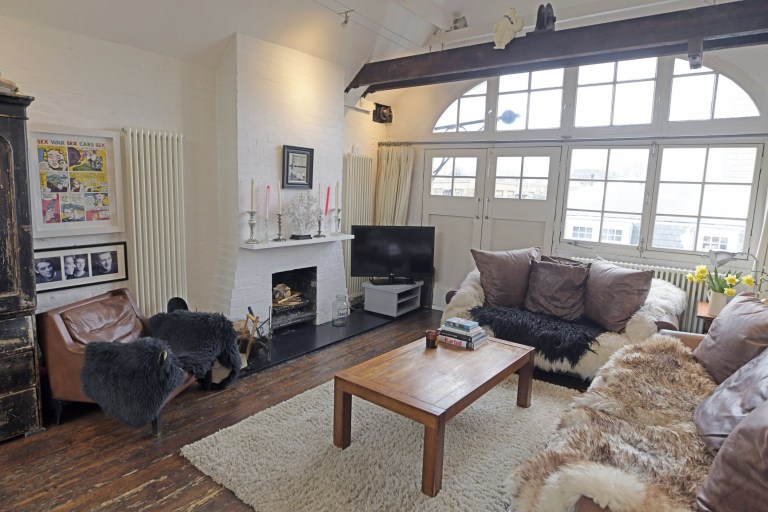 Honey HQ could be yours for £2.85m (Picture: Daniel Lynch) 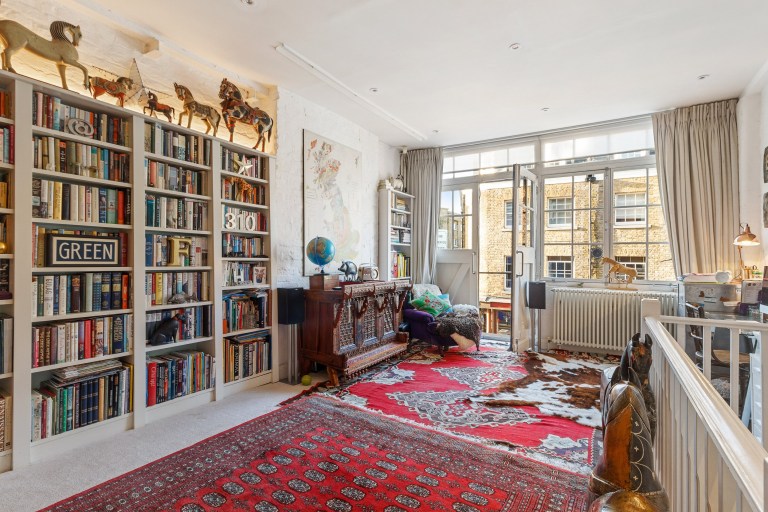 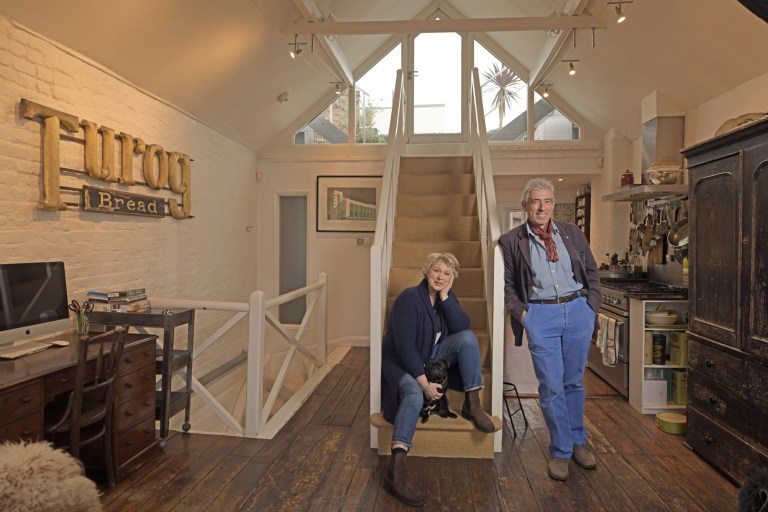 Sarah had always been curious about the former warehouse (Picture: Daniel Lynch)

‘I remembered that I had spotted this former warehouse on Bermondsey Street for sale, but had never actually gone to see it,’ she says.

‘As I really didn’t know the area, I decided it was my duty as a Londoner to explore a new neighbourhood.’

The instant she walked into the slim, arch-topped 1860s building — noted by Sir Nikolaus Pevsner in The Buildings Of England, and with extraordinary skyline views from a huge private rooftop terrace — she knew this was the one. 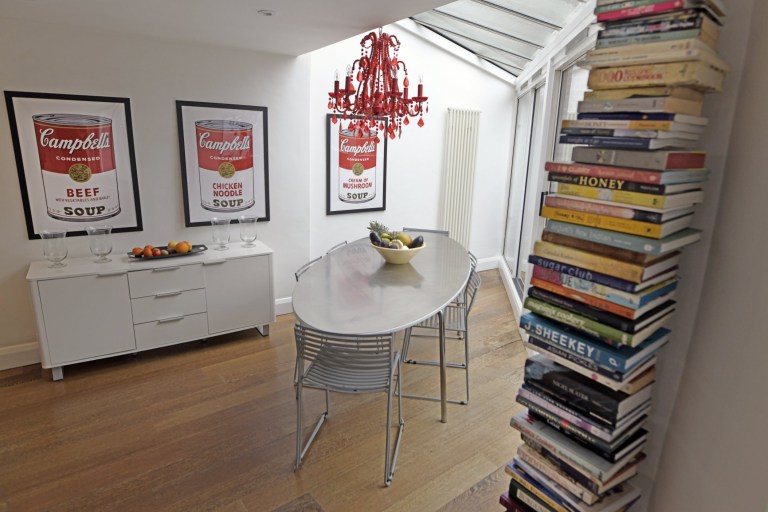 The couple have a unique sense of style (Picture: Daniel Lynch) 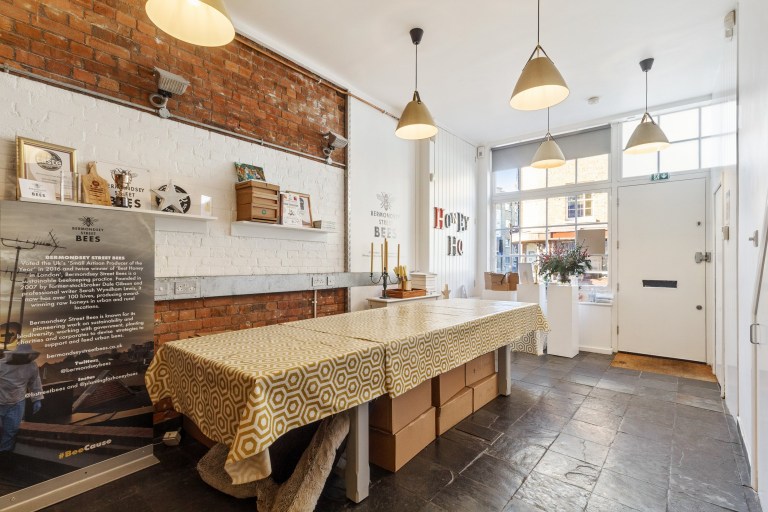 ‘It was like putting on an old overcoat that feels so right, and surrounds you with love,’ Sarah says. ‘The light that filled the building was incredible, and I knew I had to have it. I immediately made an offer.’

While she continued to run her dog collar business from the large commercial space on the ground floor and Dale stayed in finance, they gutted the 2,700sq ft four-bedrom building — set in a conservation area once at the heart of London’s textiles and leather industry — transforming it into their dream live/work space.

‘It had been used over the years as bedsits, and was such a mish-mash, we stripped it back to its shell and started again,’ Sarah says. ‘We didn’t want to give it a shiny, obviously new makeover. We wanted its industrial past to really shine through.’ 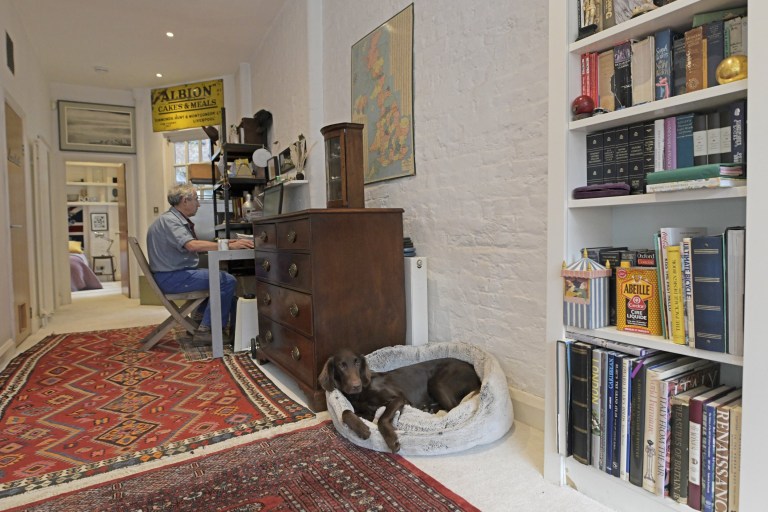 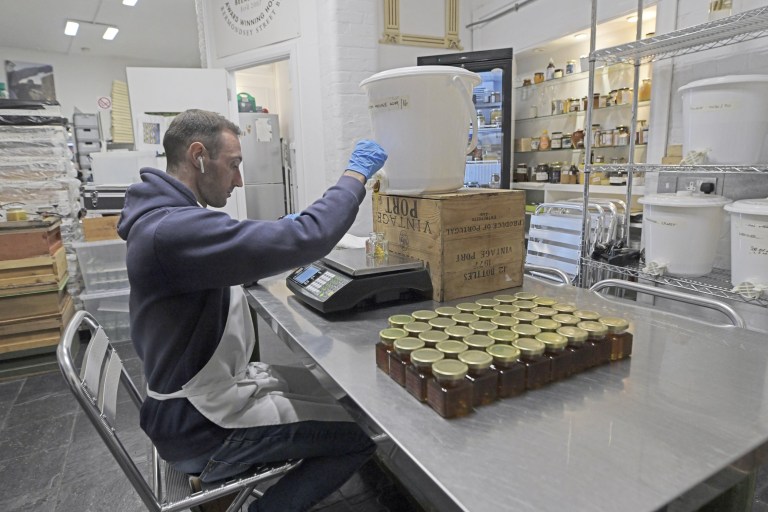 This meant painting the exposed interior brickwork throughout in a soft white, for an uncluttered gallery feel, and selling most of the furniture from their last home.

Instead, they bought huge armoires and four-poster beds for the first and second-floor bedrooms, and slightly battered-looking vintage leather chairs for the two living spaces.

‘I wanted it all to look a bit bashed up and preloved,’ Sarah says. Her only concession to polished finishes was in the third-floor kitchen, which she felt should look new and clean — she went for contemporary white gloss cabinetry with stainless steel trims. 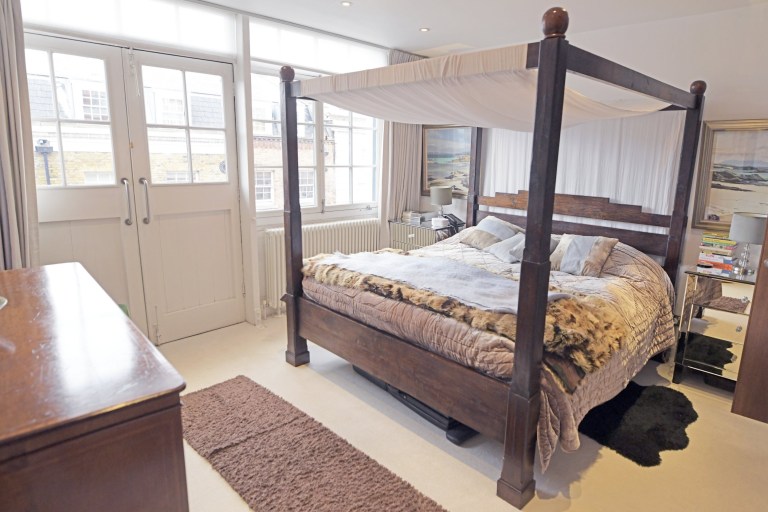 Vintage four posters and mist-matched antique furniture helped bring the building back to its historical past (Picture: Daniel Lynch) 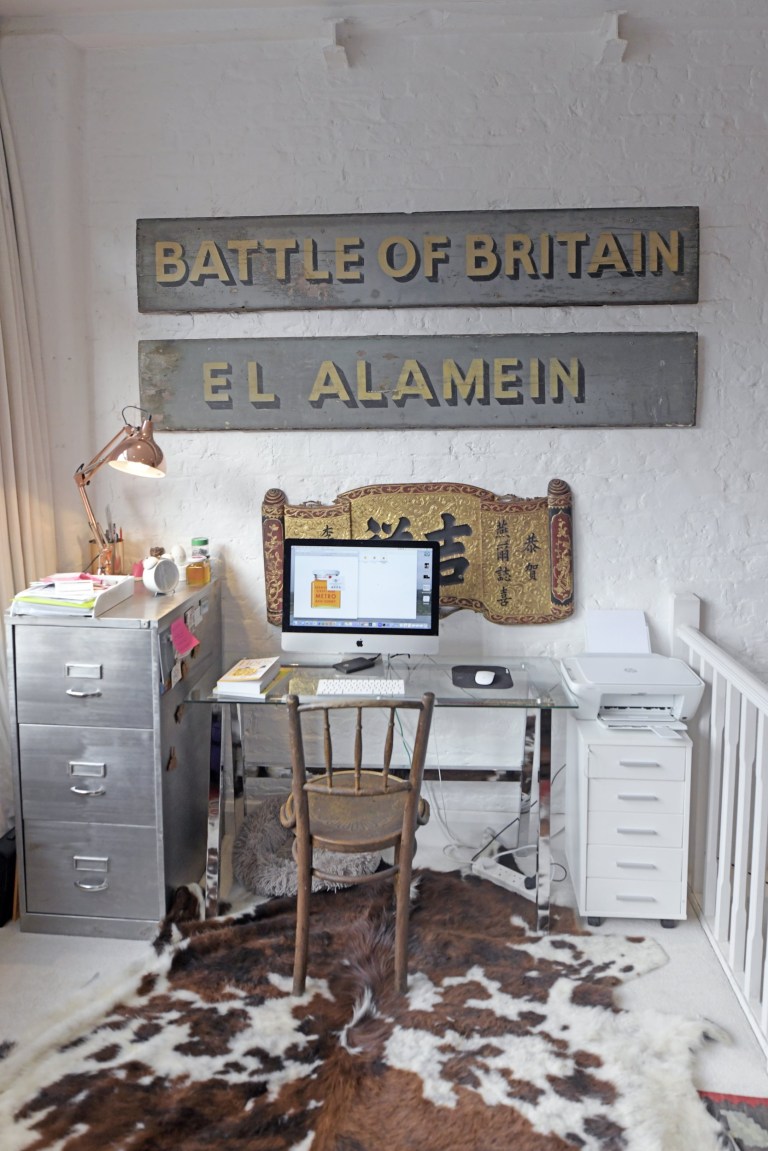 There are plenty of quirky industrial touches (Picture: Daniel Lynch)

Sarah and Dale loved everything about their edgy new south London home — the vaulted ceilinged dining room had its own second terrace with fabulous views, plus Bermondsey was on its way to becoming a foodie mecca — but in 2007, their home underwent yet another radical transformation.

As the house didn’t have a proper garden, Dale had taken over a local allotment. Down there one Saturday, he became entranced watching a bee feeding on damson blossom, and decided to book them both into a ‘beekeeping experience’, despite Sarah’s extreme allergy to bee stings. 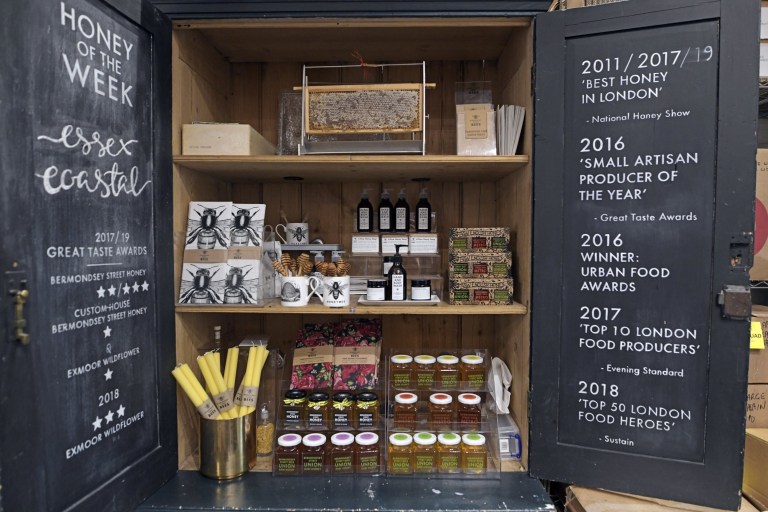 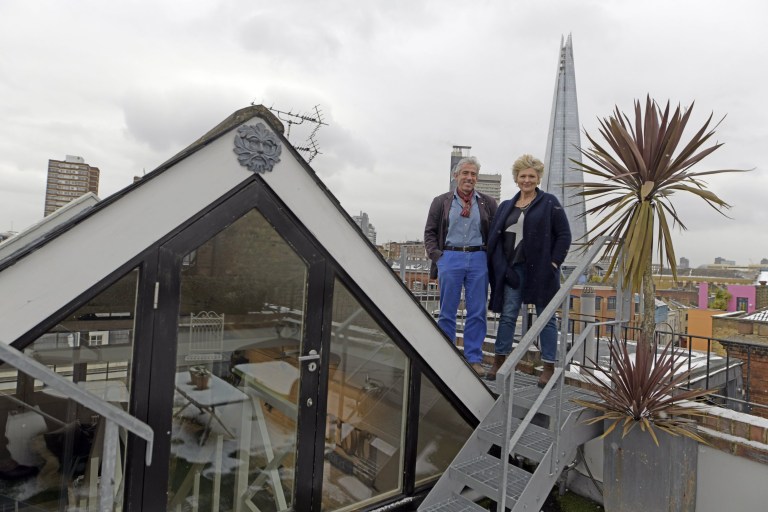 The lucky bees who lived on the roof terrace had a fantastic view of the Shard (Picture: Daniel Lynch) 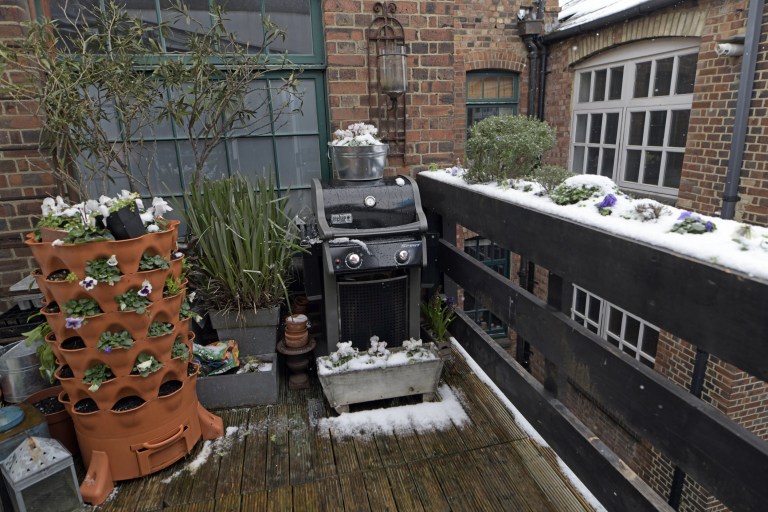 Dale was hooked. He went on to do his formal beekeeper training and established eight hives, each housing about 70,000 bees at the height of summer, on the main roof terrace.

From there, he could chart the daily progress of the building of the Shard. Before long, the skyscraper’s Shangri-La Hotel was serving Dale’s honey — praised by critics as being reminiscent of summer meadows, with hints of fresh mint leaves — at breakfast.

Meanwhile, in 2015, Michelin-starred chef Tom Aikens invited the couple to design the apiary at Soho Farmhouse, in Oxfordshire.

Keeping hives at home has, of course, had its challenges. 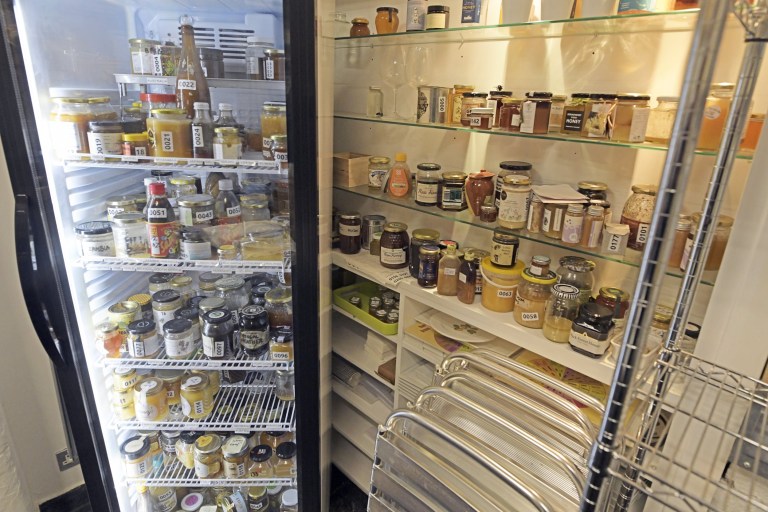 Sadly, all that honey isn’t included in the sale (Picture: Daniel Lynch)

‘Things can get mucky for us urban farmers,’ laughs Sarah, who describes her bees as her ‘gilded girls’. ‘We’ve had to change the stair carpets several times as they get so sticky and dirty. Plus, the paraphernalia that comes with keeping bees is never-ending.’

Despite her love of their Bermondsey home, Sarah is keen to have her own garden with lawns, as well as space for a granny annexe, so has put Honey HQ on the market for £2.85million.

‘It has been the most magical, life-changing place for us,’ Sarah says. ‘And I know it will be for its next owners, too.’ 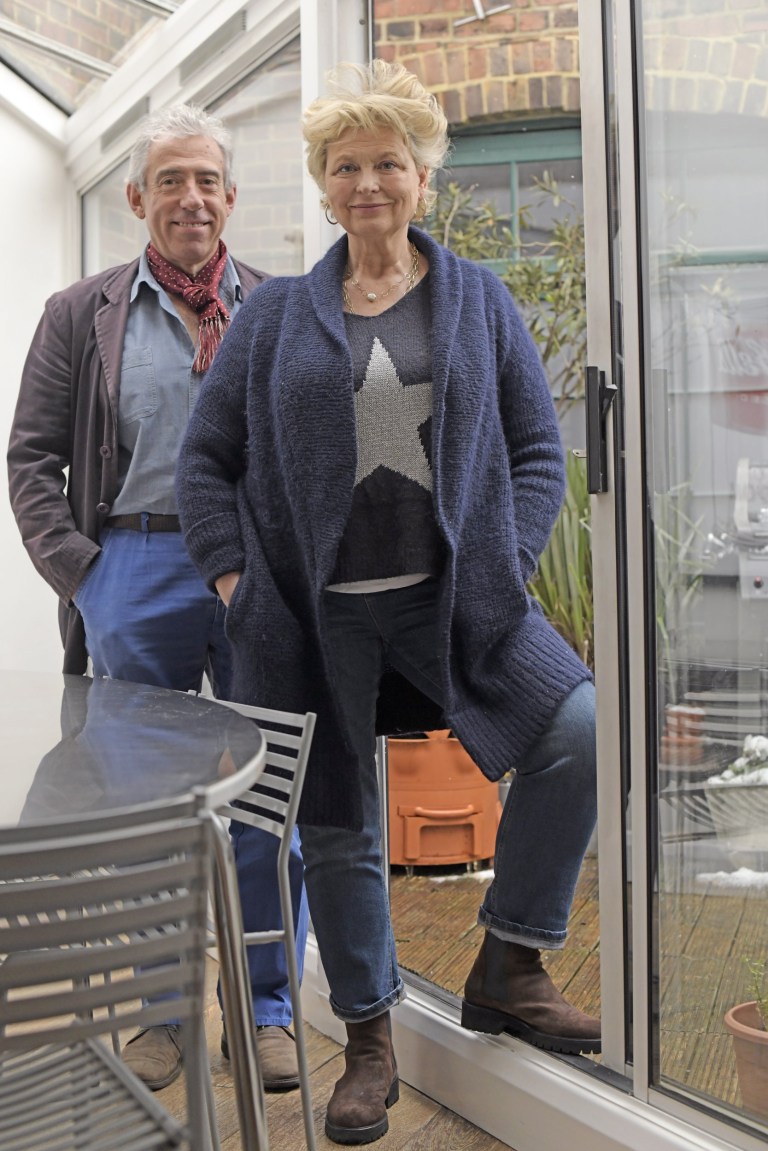 Sarah, now a trained honey sommelier and author on all things bees, is also a passionate industry educator.

She is vocal about the need for the amateur urban beekeeping craze to stop. It has become an unsustainable hipster hobby, she cautions.

‘London has the densest population of honeybees in Europe, and disease rates have shot through the roof,’ she says.

‘I always say to people that it is a bit like taking on a herd of cows — you just wouldn’t do it without specialist knowledge.’

Sarah and Dale’s own hives have now been moved from their roof terrace, with most of their bees now in about 90 hives across London — in the gardens of Lambeth Palace and former Docklands — and Essex and Hertfordshire.

Find out more at bermondseystreetbees.co.uk.