ONE of the UK’s most prestigious properties worth a staggering £50m is struggling to sell due to its colourful past. 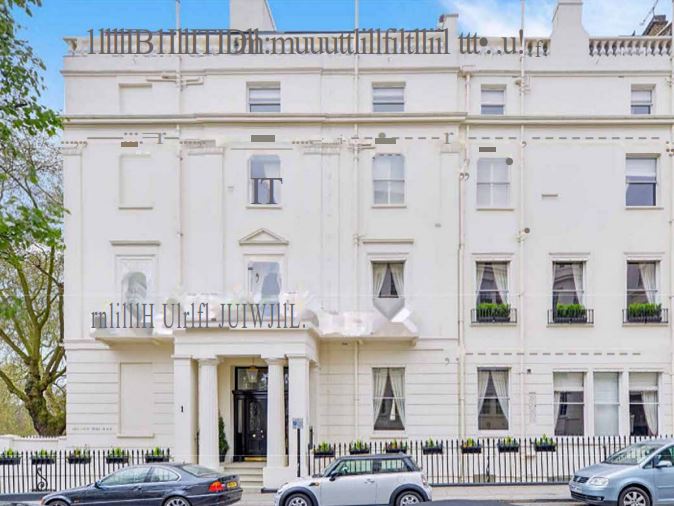 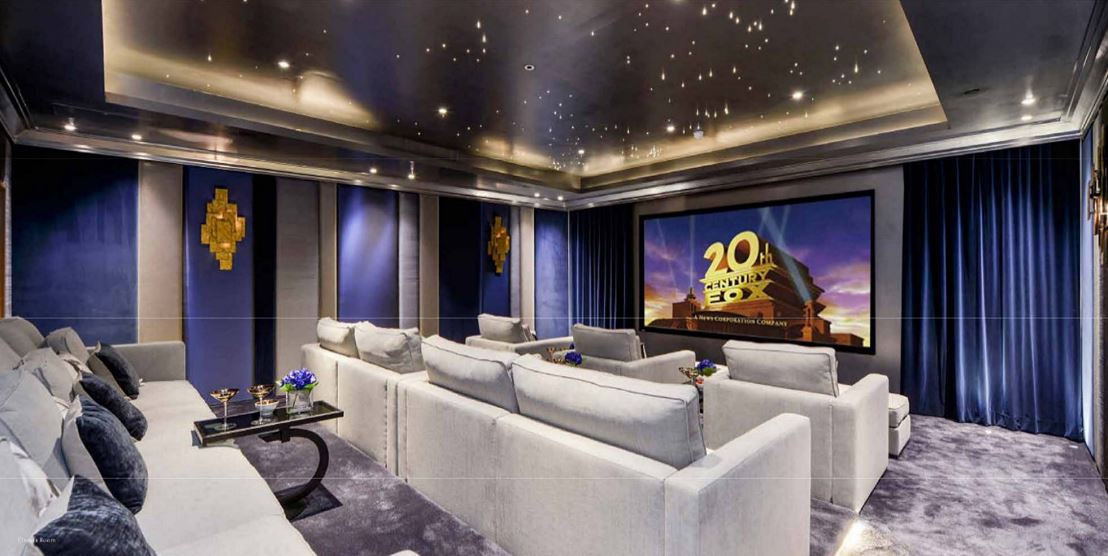 The Grade-II listed pad boasts its own cinema 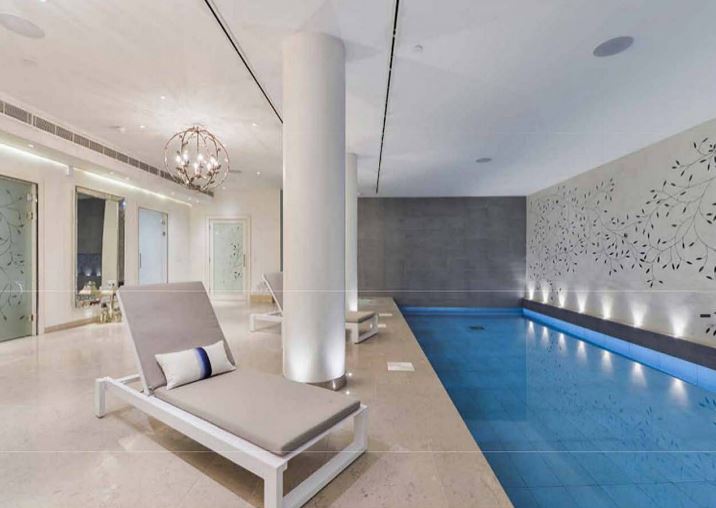 A swimming pool is another of the home’s standout features 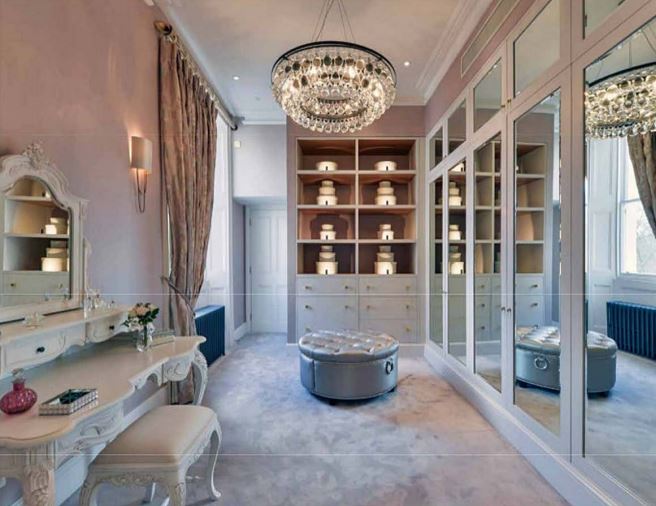 The mansion is one of the UK’s most prestigious buildings 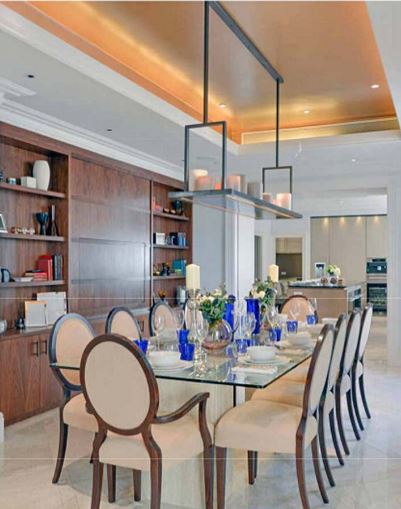 The house has a separate mews house for staff quarters

Yet 18 months after going on the market, the world’s rich and famous have not snapped it up.

The 1830s seven-floor home, which comes with a separate mews house for ‘staff quarters and parking’, appears unable to be shifted due to its murky associations.

A political row has broken out over an extraordinary £190m settlement between one of Pakistan’s richest men and the UK’s organised crime investigators.

In 2019 developer Malik Riaz Hussain, 67, reached a secret out of court settlement with the National Crime Agency to sell the mansion and return the proceeds to the state of Pakistan. 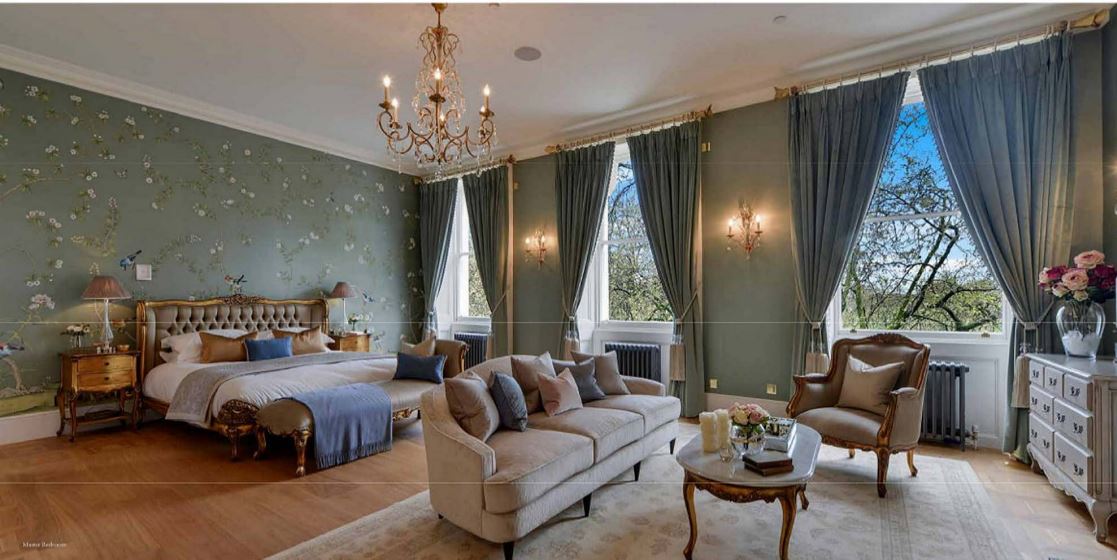 The Georgian palace has 10 bedrooms and bathrooms 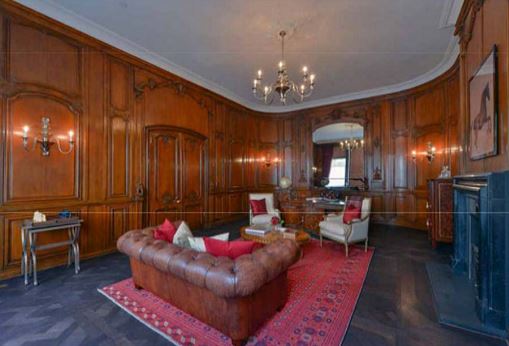 The magnificent property remains on the market

It has been on the market for 18 months

The deal also saw him agree to surrender £140m as part of a suspected “dirty money” investigation held across nine bank accounts to the Pakistan government.

The secretive settlement came after the NCA had earlier launched an international bribery and corruption probe into Mr Hussain’s UK assets.

The NCA settlement concluded the investigation with the agency accepting it was made without any admission of guilt. 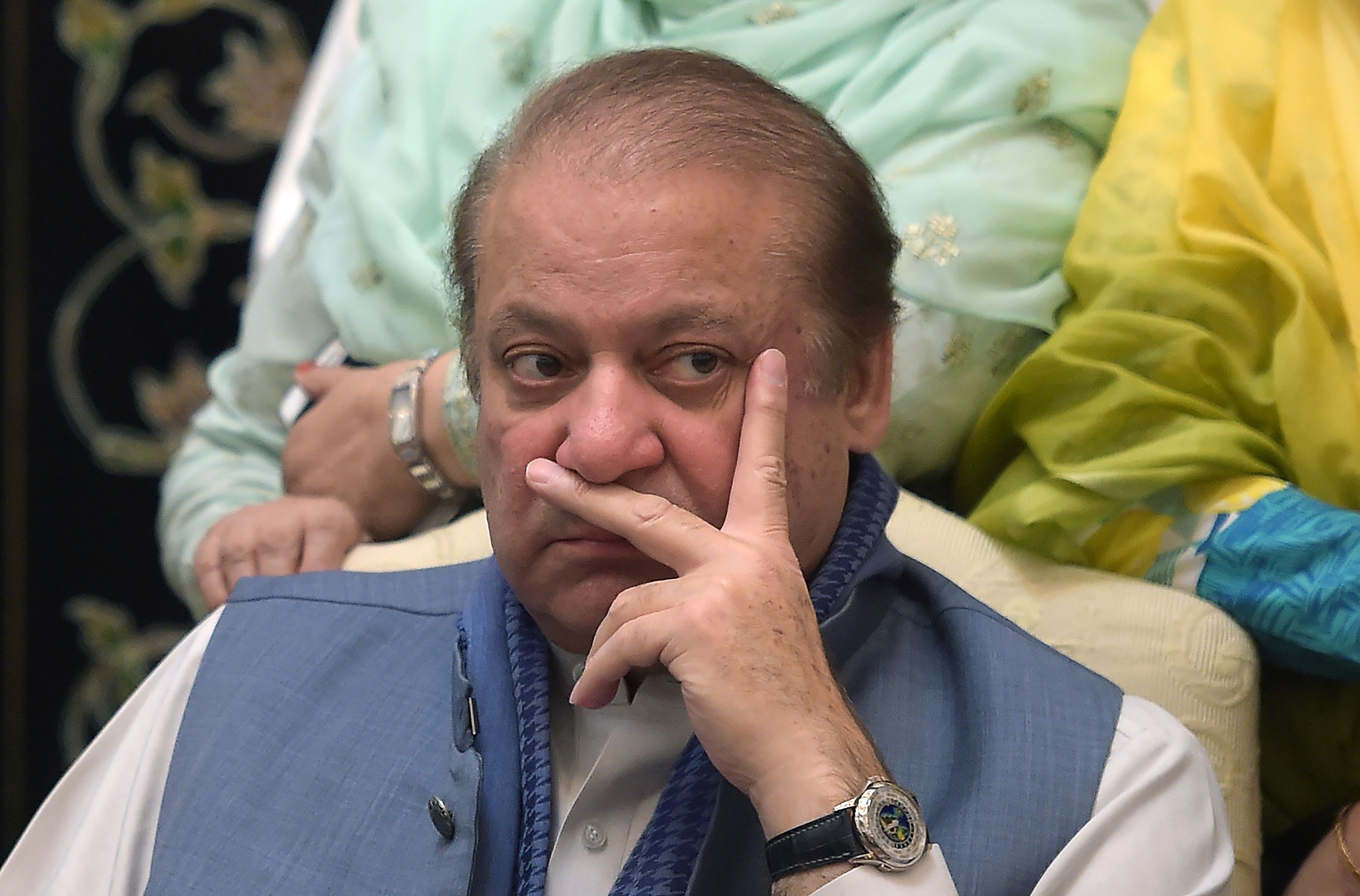 The 70-year-old ex-PM held office until 2017, when he was removed by the Supreme Court of Pakistan following revelations from the Panama Papers leaks about offshore companies. They revealed details of some properties owned in London – prompting a major corruption probe into him and his family, including Hasan Nawaz Sharif.

All those involved in the probe stated that they were not guilty of wrongdoing, and the probe was dropped after the settlement.

Land Registry records show Mr Hussain paid £42.5m for One Hyde Park Place in 2016 and it is owned through an offshore company Ultimate Holdings MGT Ltd registered in the British Virgin Islands.

It is still shown as being owned by Mr Hussain’s company. The businessman has denied any wrongdoing. 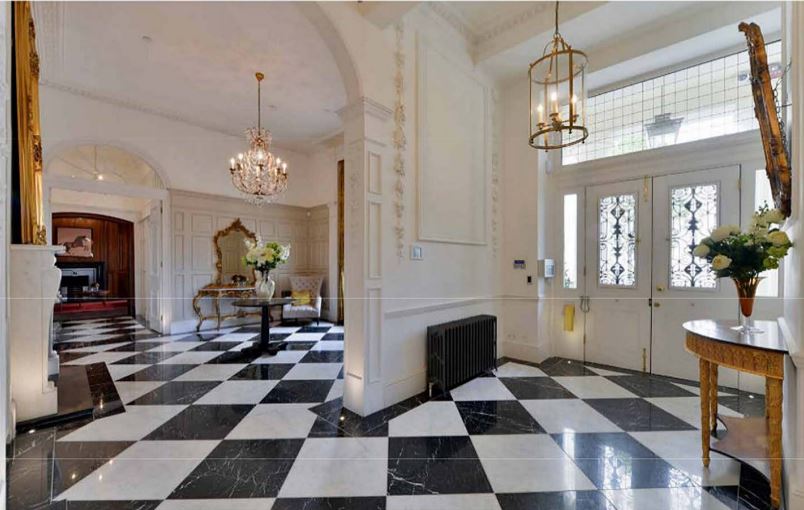 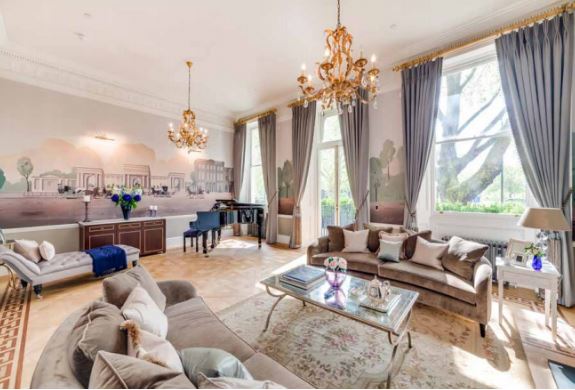 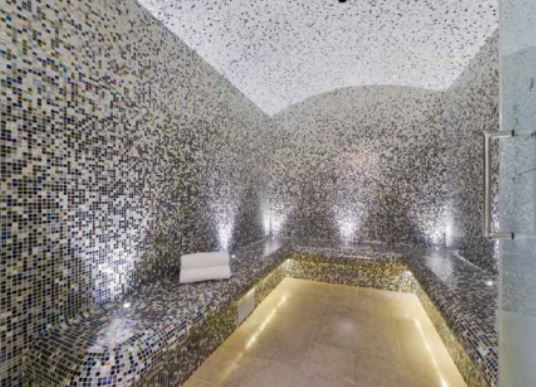 The Georgian palace comes with a pool, gym, steam room and spa 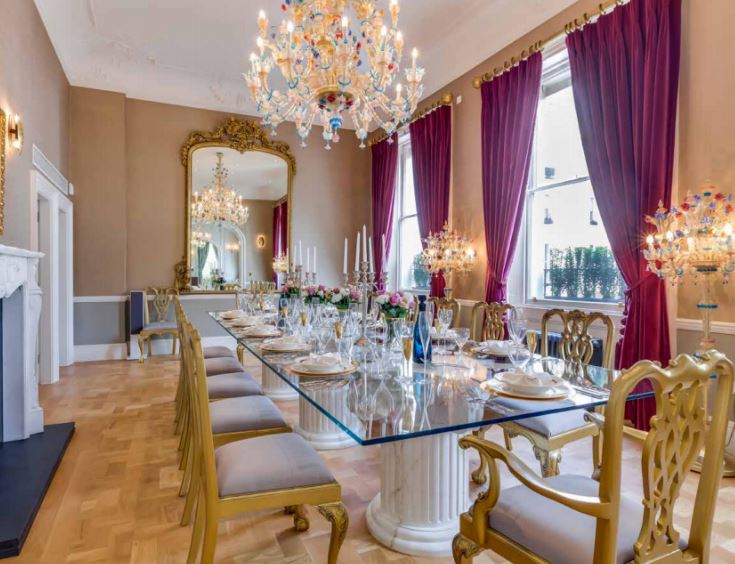 The seven-floor home has not yet been sold 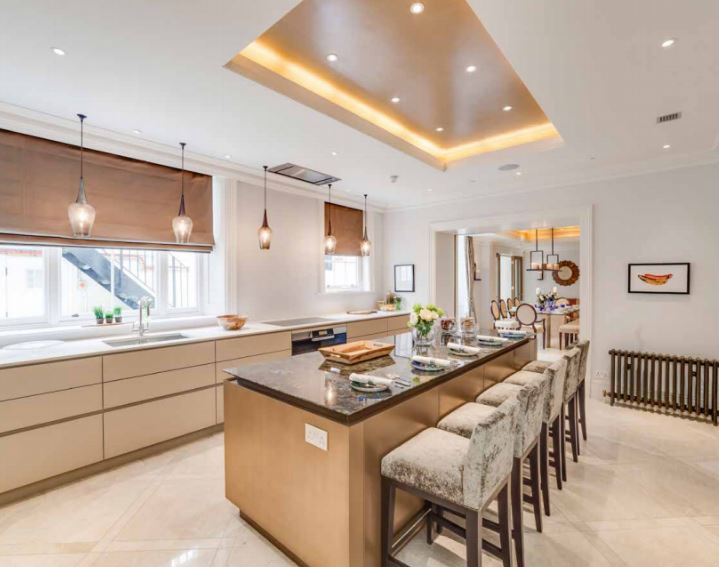 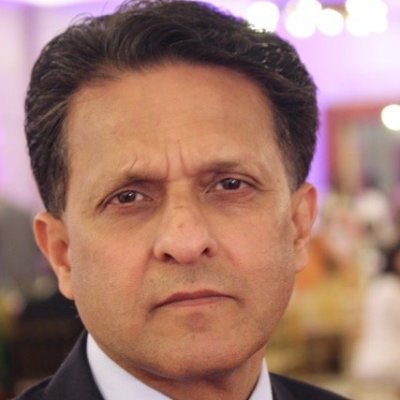 South-East Asia analyst Aftab Siddidui told The Sun the property’s past connections has led to new buyers staying away.

He said: “The property has been in the ownership of two Pakistani richest families, ex Prime Minister Mian Nawaz Sharif, and Malik Riaz Hussain, who has to pay a liability of over £2billion to the Supreme Court of Pakistan.

“The way the National Crime Agency settled the case of this unexplained wealth order, involving millions of pounds, and then also put in an ‘non disclosure agreement’ so nothing about the case comes to light, means all civil organisations are unable to get any information on this case.

“This shows a startling lack of regard for the universal concept that justice should be done, and should be seen to be done.

“This is the most desirable property in the UK, and would-be owners are not affected by Covid or monetary concerns. The mansion’s past history has made people wary.”

Spotlight on Corruption told The Sun: “The way in which the NCA engages in settlements of this type needs much greater thought and scrutiny.

“This is not a good look for how the UK enforces its anti-corruption laws.

“They might be a quick fix but if they let people off the hook then there’s a real question about how effective they are in tackling dirty money.”

The Sun understands that the National Crime Agency will not look to secure clandestine deals in future in the way it agreed the 2019 pact with Mr Malik Hussain.

“The NCA has accepted a settlement offer in region of £190 million which includes a UK property, 1 Hyde Park Place, London, W2 2LH, valued at approximately £50 million and all of the funds in the frozen accounts. The assets will be returned to the State of Pakistan.”